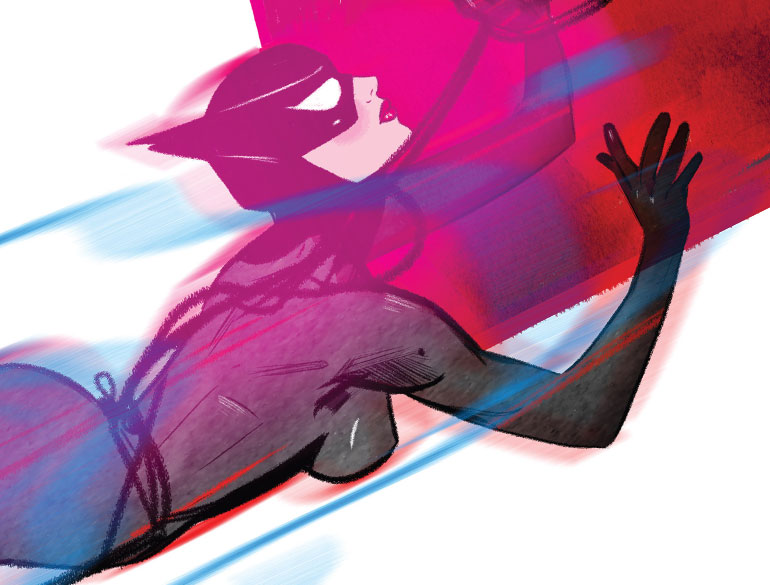 Very few columns make me smile like HERoes, Comicosity’s focus on the process and influences of women creators — from new-to-the-scene to senior in the industry. This week we talk to writer Corinna Bechko, whose work on Invisible Republic, Sensation Comics, Aliens/Vampirella, Lords of the Jungle, and more has dazzled fans and left us wanting more. 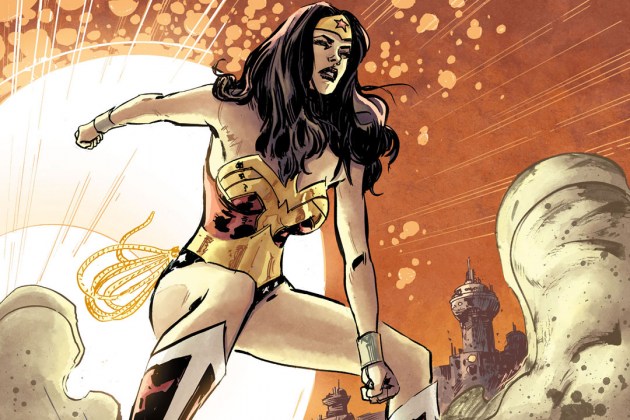 Jessica Boyd: What is your favorite genre of comics? Does it create any additional pressures working with that genre?

Corinna Bechko: Hmm, that’s a tough question. My tastes are fairly eclectic but I like my fiction dark, for the most part, so I gravitate towards horror and science fiction. I also like it when someone produces something that totally defies genre, be it a biography, something mythological or fantastical, or just a slice of life. I don’t think that increases the pressure of working on a horror or sci-fi project though, because I am always equally hard on myself, no matter what I’m writing. It may even be a little easier, since I feel that I understand those genres the best.

CB: I really love Harvey Pekar’s American Splendor, and probably obviously, I feel he has been a big influence. The single series that has had the biggest impact on me has been Charles Burns’ Black Hole, though. As to protagonists and antagonists, that’s really hard since I have a hard time separating out the characters from their stories. Almost any character can be great if handled well by a good team of creators. 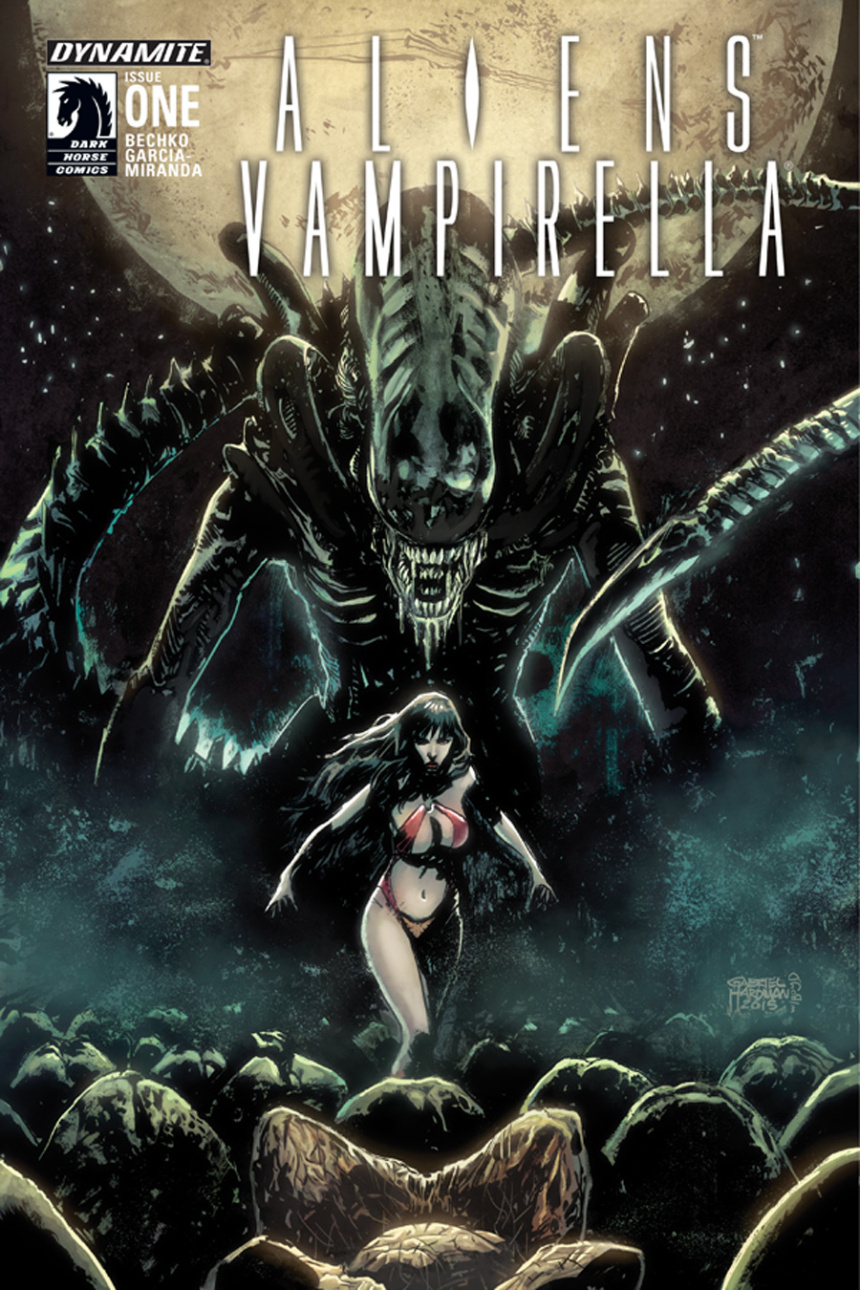 CB: I try to put in an eight hour day, just like at any other job I’ve ever held. Freelancing is tough in that way though, because I often put in a lot more hours than that and other parts of life can suffer. I try to work during normal “work week” times too, which is also more of an aspiration than an accomplishment.

But ideally, it’s up at 7, feed myself and the animals, get to work after coffee kicks in, an hour break for lunch at 1, work a couple more hours, a half hour reading break over more coffee in the afternoon, and then work until dinner.

In theory, after dinner is free time, but in practice that’s work time too. Complicating matters is that I write some things (chiefly Invisible Republic) with my husband, so we have to try to get our schedules to mesh in order to do that and that can be difficult for two freelancers with multiple conflicting deadlines. 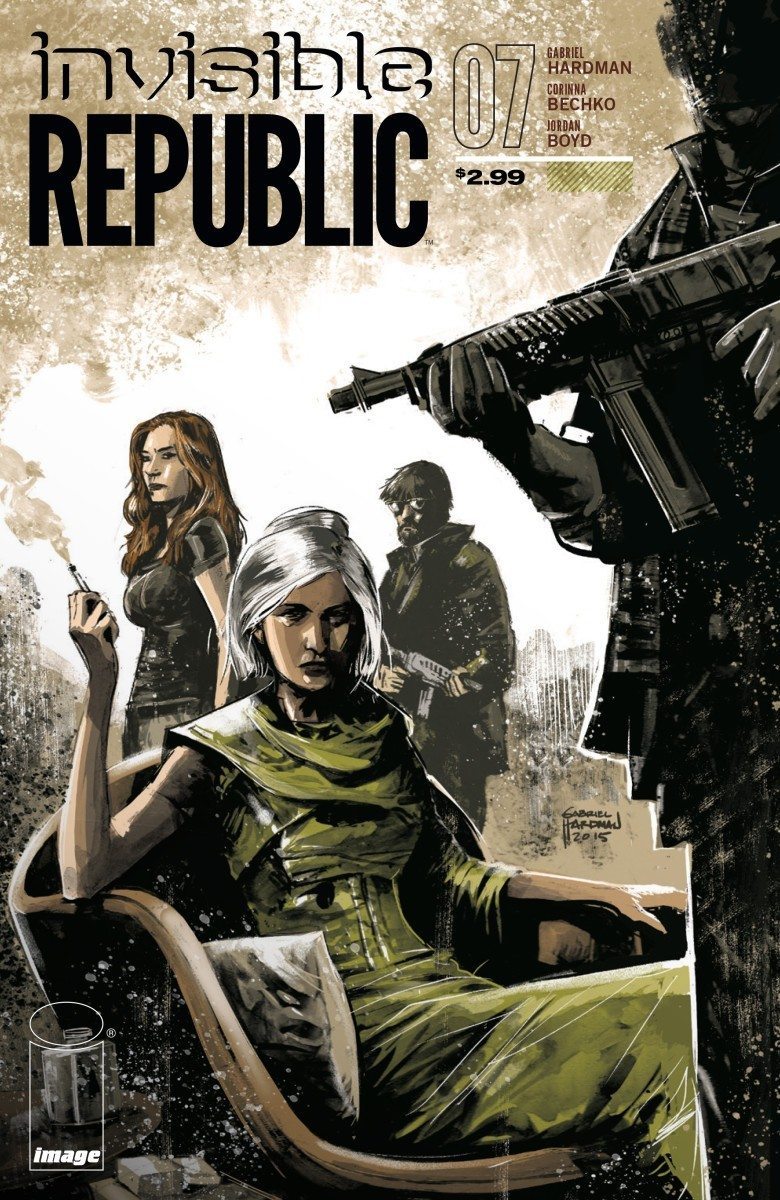 CB: I always work in as much quiet as I can find, but I do find inspiration in music. I love to see live very loud music, as I’ve always found that to be the best palate cleanser. For writing inspiration I listen to Aimee Mann, Bob Dylan, The Walkmen, Black Angels… Obviously I don’t keep up like I should with new stuff. When I was younger and first thinking about such things, Talking Heads, The Cure, and the Pogues made me want to write almost as much as the authors I was reading.

JB: You’ve done a lot of work with licensed and pulp characters. What might readers not realize about those characters that creators have to deal with constantly?

CB: For me, I don’t see any difference between writing licensed characters and writing superhero characters. They all belong to someone else and, as the writer, I’m just trying to honor those characters’ histories while bringing something original to them. In short, the hard work is in trying to make something new that still feels like it belongs in a universe that was fashioned by another creator.

That’s a big difference from creating a universe yourself that only has to follow its own contours. So when I’m writing a licensed character I try hard to keep that character’s “voice” in mind while at the same time being cognizant of any pitfalls that might make the character less than charming for a modern audience.

A good example of this is a Tarzan/Sheena crossover I did last year, which was just released in trade this month. At the time of Tarzan’s creation there were quite a few racist and misogynistic norms that don’t have any business being perpetuated. But Tarzan and Sheena both are terrific characters who are still popular today because each has that special spark built into them that transcends the moment of their creation.

My job was to find that spark and nurture it, leaving behind any baggage that might weigh them down. 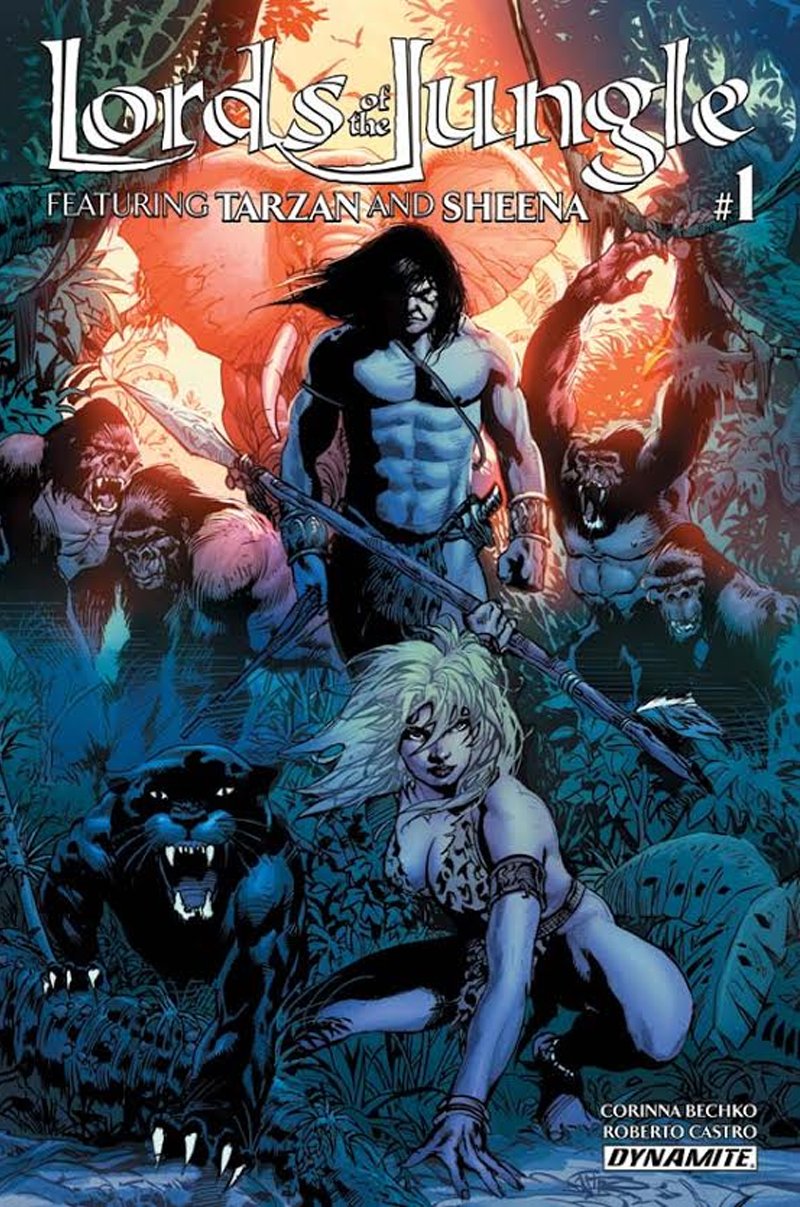 CB: Co-writing Invisible Republic with Gabriel Hardman, our creator-owned Image series, has been very rewarding. I also am very proud of Betrayal on the Planet of the Apes, a story that not only allowed me to put my background of working with great apes to use, but also allowed me to write main characters who were both women and scientists (even if they were also chimpanzees), something I wish I got to do more often.

CB: Twitter has been a force since I started in comics professionally, and so has Facebook. I guess in some ways those spaces, especially Twitter, have become less friendly (although I did get threats from some dude right after my first non-creator-owned series was published since I was a lady who wrote some sci-fi. So perhaps it was always unfriendly?).

I suppose social media is a good way to get the word out about whatever you’re working on, and I have found many things I wouldn’t have known about by paying attention to what people I admire are reading, On the other hand, I think it can distort a lot of things too, especially since the number of platforms have multiplied and the audience for each as fractured and polarized.

I wish I had three hands, so I could also point out that on the third hand it is very good for networking with peers otherwise only seen/spoken to a couple times a year at cons. In short, it’s a very mixed bag but I don’t know how we’d function without it at this point. 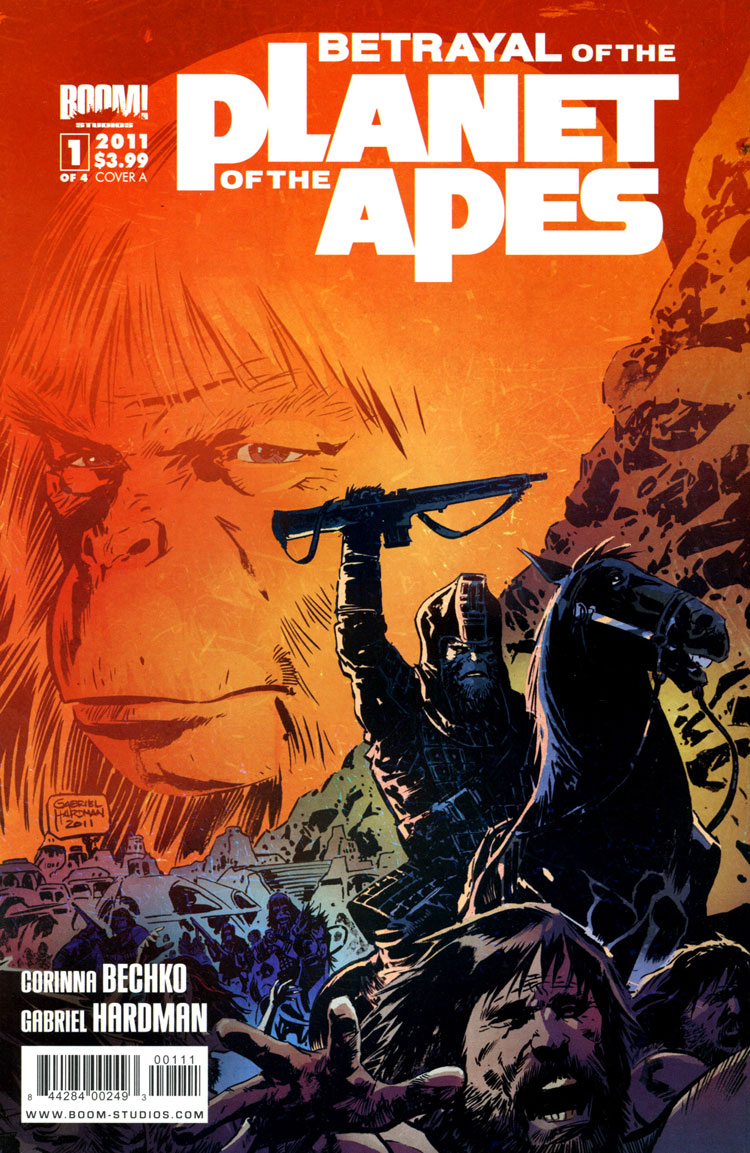 CB: Cultivate interests other than just work. Make yourself engage in them, no matter what is going on with work. And make sure to put some of your hopes and dreams in those things, especially if they have tangible results and force you to engage with other people. Working in a creative medium can be rough on your sense of self-worth as well as quite socially isolating, so try to remember that the rest of the world is out there.

CB: When I want to send a message, I don’t hold back. But I don’t put it in my work. I try to serve the story when I write, not an agenda. Life is complicated, and fiction should be too. It’s a good medium for examining issues, not a good medium for making stark statements lacking in nuance. I’m sure my interests and concerns bleed through onto the page, but that’s not my primary reason for writing. I’m passionate about a number of issues and fairly politically engaged, but I think that those things should be spoken about and acted on directly. If anyone wants those messages, they can find them on social media and in my nonfiction work, not in my comics. 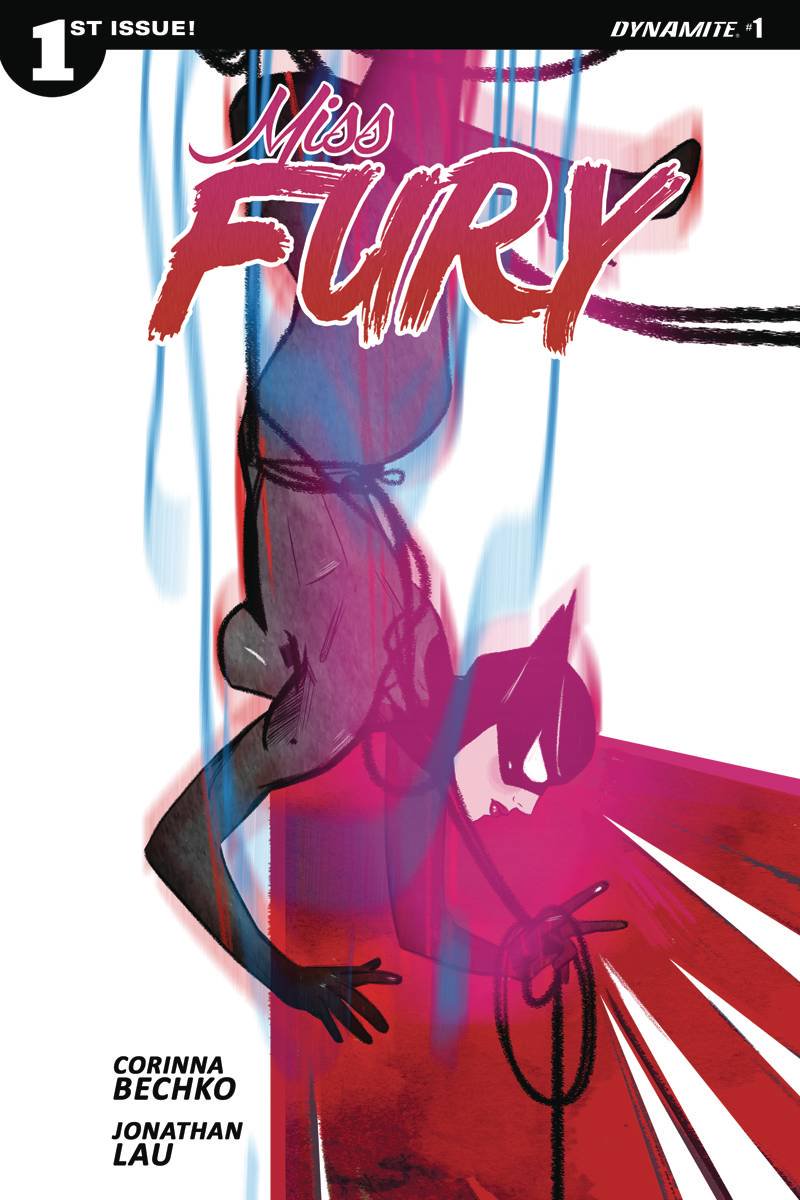 CB: For the industry to expand to the point that there is room for all the different genres, voices, and stories that I know are out there, waiting to find their audience.