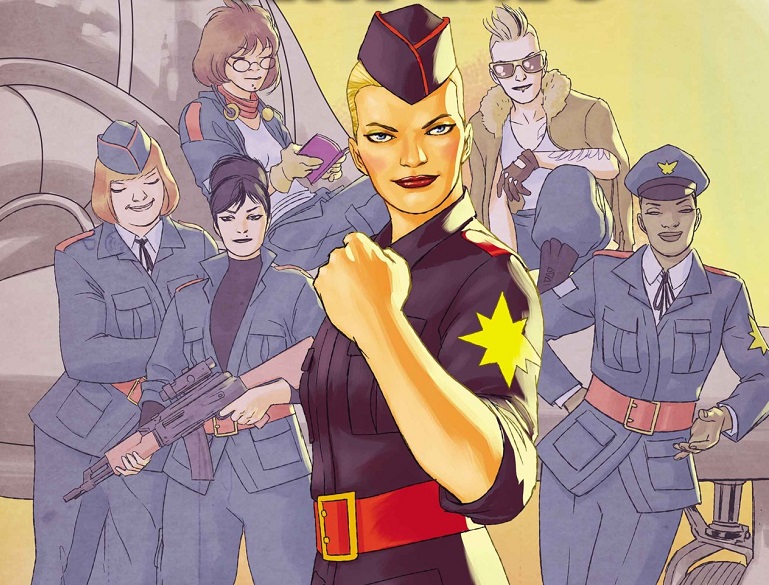 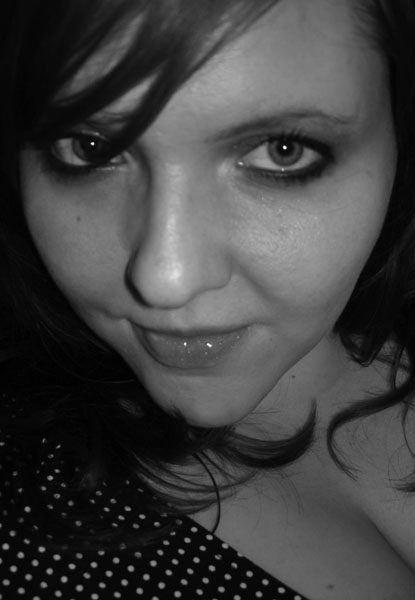 Kelly Thompson is an institution in the comic book blogging and podcasting community. Within the last few years she has made her marks with her novel  The Girl Who Would Be King which has been recently optioned to become a major motion picture. Her works for this year include her second novel Storykiller, her first graphic novel Heart In A Box as well as the IDW smash hit Jem and the Holograms comic and she was named co-writer of Marvel’s Captain Marvel & The Carol Corps coming in June 2015. While I was able to talk to this rising star along with the girls of The Hangout earlier this year, I wanted to take the time and get some more details, so you can see why she is one of Comicosity’s HERoes!

Kelly Thompson: I think as a creator I’d have to say the collaboration. Most of my publications until this year have been prose and I love writing prose but it’s a pretty solitary thing and while there are some upsides and freedoms in being the only deciding voice in that process, it’s amazing how much an idea and the resulting final work can blossom under multiple voices being a part of creation. There’s also of course the risk of too many cooks in a kitchen but with the correct creative team, magic happens. As a reader I’d have to say that what I like about comics is that it’s a unique medium and while I often wish we had larger audiences and I think we should aim to get them, there is something sacred and special about loving and understanding comics. Not everyone gets it, and that makes it all the more precious I suppose.

KT: I’m tempted to say collaboration again but I think that’s both too broad and also I sort of already talked about it, so I’ll say “the beginning.” Ah, when everything is fresh and shiny and everyone is crazy excited and energy is high, and the future is bright and possibilities are endless. Basically before you hit the rough stuff! And there’s always rough stuff. Always. And working through the rough stuff is its own reward, but let’s be honest, it’s always pretty sweet in the beginning. Creating characters, sharing imagery and inspiration, crafting a world, making discoveries about your own story that take you by surprise. Creating comics is such insanely hard work, the beginning has got to be like sweet addictive nectar or most of us probably wouldn’t bother to try again once we finally get something out into the world. Yeah, “the beginning” is a siren for sure. 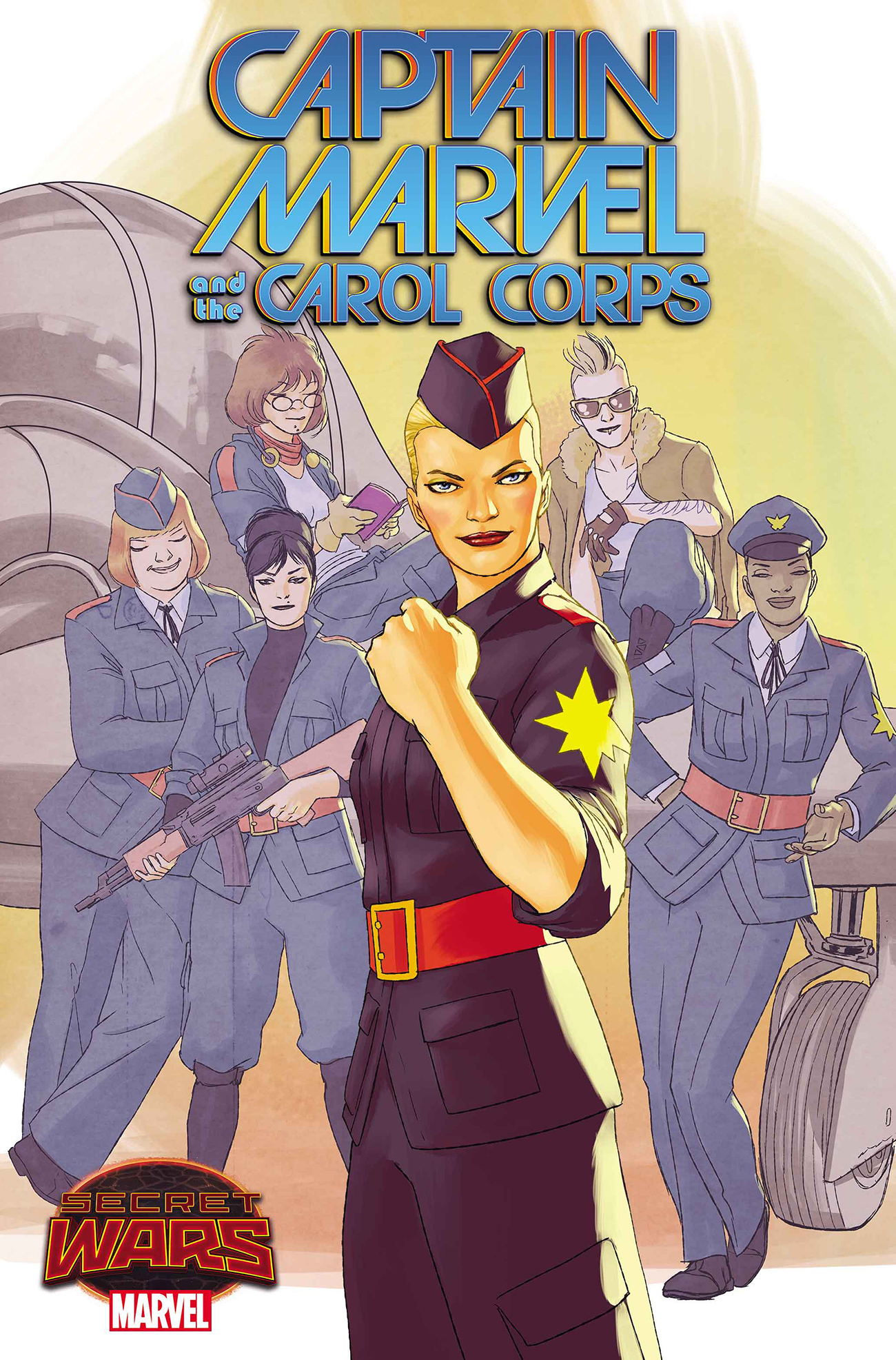 KT: Oh man, that’s an impossible question. I am a die-hard for Batman. But I’d say probably my favorite superhero story in existence is Nextwave Agents of H.A.T.E., which is pretty different from Batman. Wonder Woman means the world to me, but her stories can be hit and miss. Cass Cain is one of my most fiercely loved characters but we haven’t seen her in a significant way in nearly 10 years. Rogue was my favorite character as a kid and the first superhero I fell in love with and I’ve never been able to (or wanted to) let go of her. Greg Rucka’s Stumptown and his Lazarus (and his Batwoman Elegy) left an indelible impression on me. Kelly Sue DeConnick’s Bitch Planet is the comic I’ve been waiting for my whole life. It’s more than a comic it’s a movement. At the same time I will never not mourn that we didn’t get a Kelly Sue DeConnick Spider-Woman, Spider-Girl (Anya), Black Widow series…LADY SPIDERS. I ache for that to be a real thing. Why is life so cruel!?

KT: To be honest, this is a struggle for me and I’m still working on it. Like anyone I am too easily distracted by email, twitter, and both pointless and non-pointless articles, which eat into my time. I spend WAY too many hours of the day in front of my computer. The net result is that I (and everyone in my life) feel like I am ALWAYS working. I’m definitely on a mission to achieve some better life work balance but I’m a ways off from figuring it out. So, yeah, I get up, eat, have some coffee and pull out the laptop and am basically chained to it all day. I try to take a break at least in the evening to decompress and spend time with my boyfriend, but I generally go back to it before bed. Since I’m (mostly) doing what I love most I don’t even really mind that as a day, so long as it’s a productive day. But it feels frustrating when not enough work gets done…and that happens too frequently. So yeah, a work in progress for sure.

KT: I do much better with music, it energizes me and focuses me, helps keep me on the task and in the zone. For my novels (and for Jem) I’ve made specific playlists that if I hear them are almost Pavlovian in that they make me want to work on those characters that I associate with the music. 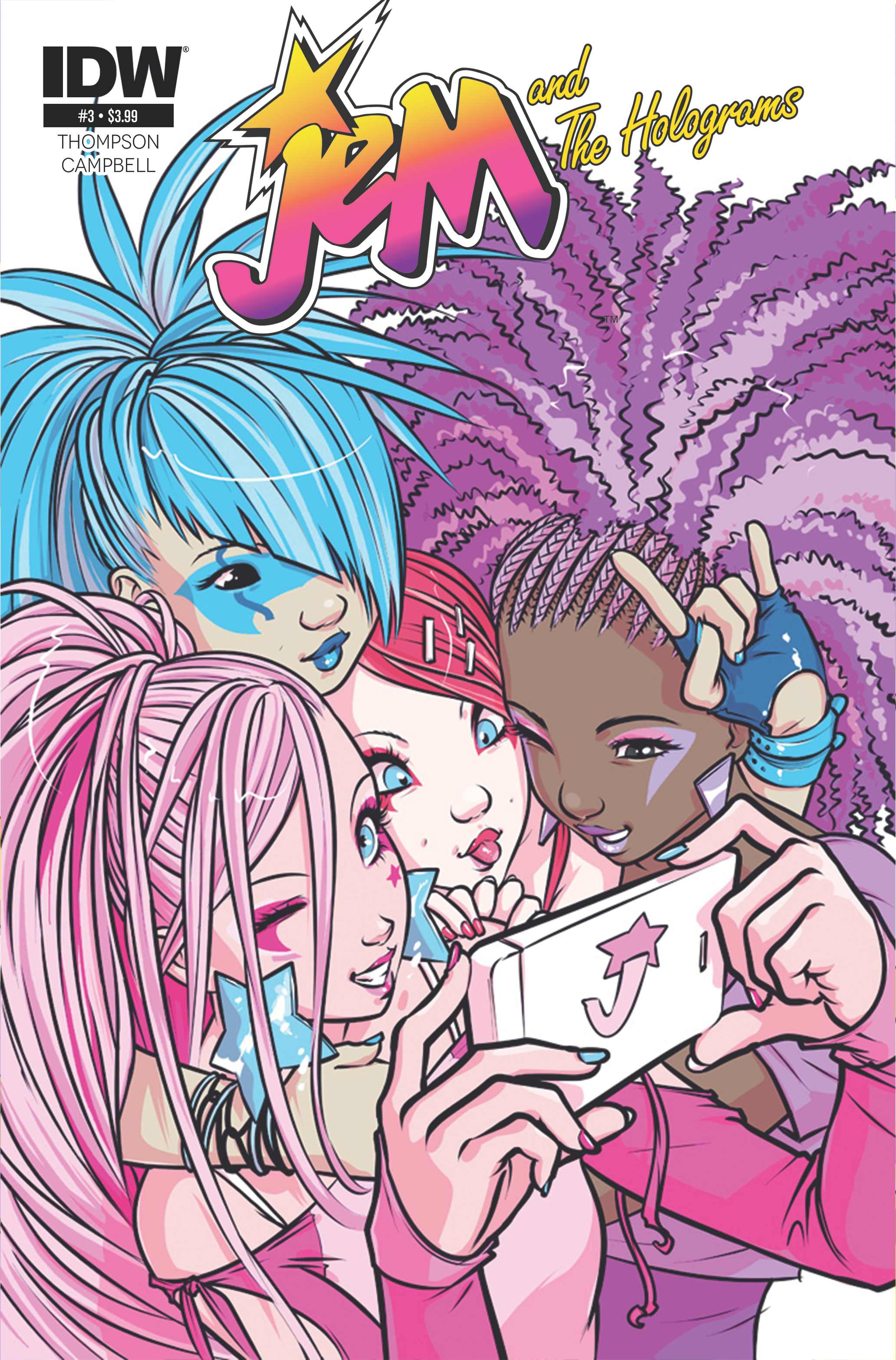 KT: I think it’s impossible to deny the power of webcomics. They’ve been really important to the break out of so many great creators – especially women (Allie Brosh, Faith Erin Hicks, Kate Beaton, Noelle Stevenson, Kate Leth, Abby Howard…so many!) But, there’s no denying that I am a superhero girl. My heart lives there. And superheroes tend to live in monthly floppies, so I suppose I have to say floppies. Especially in the last few years we’ve seen a real focus on female creators and characters in floppies that’s really encouraging and exciting.

KT: I think I have to say Jem. It was such a challenge (and an honor and responsibility) to take those amazing characters from 30 years ago and re-contextualize them for a modern audience and hopefully, still make something that the old fans can recognize and love and re-discover, maybe in ways they hadn’t considered. It was a huge undertaking and I’m incredibly lucky that I was given the opportunity to play in such an amazing world and more terrifyingly, remake it. It’s one of those things that’s so big that you sometimes can’t even look at it or it’s too scary, so instead you just have to keep your head down and have fun, believe in the vision you had. Fortunately, I have an amazing co-conspirator on Jem in Sophie Campbell, and she constantly pushes me to be better, and of course makes everything better and more beautiful that I could have imagined. It’s been a total joy.

KT: I think social media is a huge factor. In fact, I think about five or so years ago we were actually headed to a pretty dark place with female characters especially. But social media and the rise of digital comics really helped to expand the existing readership and to create space—and maybe a safer space—for women to geek out about comics. I think, Ms. Marvel, a book that has really captured the public’s interest and imagination (and for good reason, it’s an amazing book) would have had a hard time finding its audience if it had debuted a few years back so there’s something to be said for timing. Availability and community have made all the difference I think in pushing the needle forward to a much better place for women in comics generally. Let’s just hope we don’t backslide! 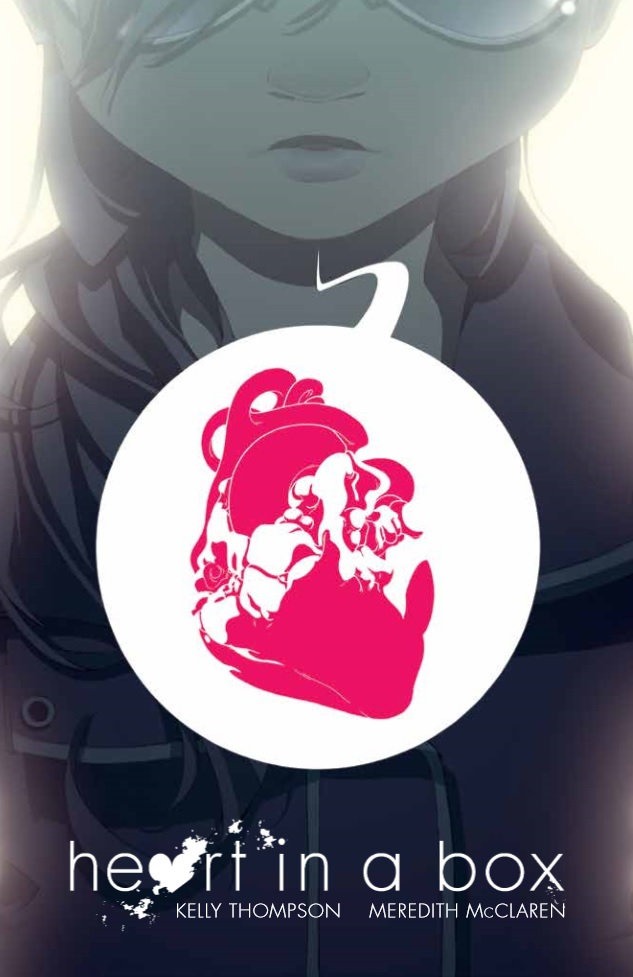 KT: Probably a tie between social media and digital comics, in part because they can’t really be separated from one another as they organically feed into one another. Women who don’t have access to local comic shops or who don’t feel comfortable in shops or even worse have been made to feel unwelcome can shops freely thanks to digital comics. But a grand tradition of the comic book shop is the community it creates, so just reading digitally would have left readers kind of alone, instead social media has created a vast, vibrant, and sometimes frantic community so that digital readers can still get that experience.

KT: Hmmm. Work faster? Comics take a long time. It takes a long time to get pitches through the door, it’s a long time to connect creators for the right project, it’s a long time for editors to review things, a long time for a book to be created from a simple script. One of the easiest and fastest pieces of that vast puzzle is my script. It’s also the only thing I’m completely in control of. So do it well, do it fast and move on to the next project while the pieces are coming together on the last one. So…be like a shark? Never stop moving? Can we insert a Teenage Dream Dancing Shark gif here?

KT: Well, I think themes and messages differ from book to book, so I wouldn’t say there’s one message, but I guess I would hope that they can feel my love for comics. My devotion to the medium.

KT: To make a living at creating in this field I love and for this field to continue growing and changing, blossoming as antiquated small-minded ideas slowly get shoved out the front door and progress firmly takes root. Diversity in creators and in stories is better for our comics and for us as people.

If you would like to read more about Kelly Thompson and her work please check out: