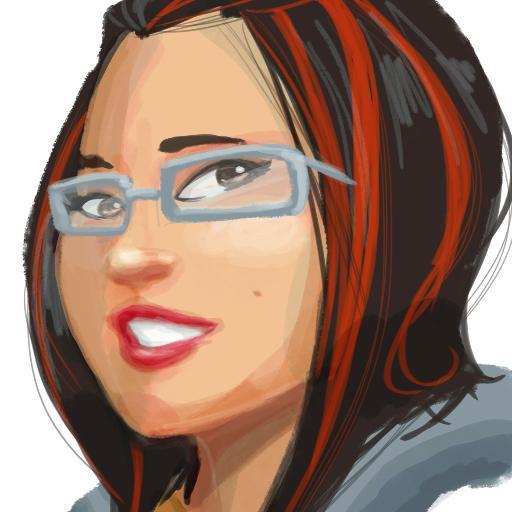 From Fanboys vs Zombies, to Bill & Teds Most Triumphant Return and My Little Pony, the sheer joy that artist Penelope Gaylord has when creating comics leaps off the page. We got a chance to find out which stories had the biggest influence on her, and the fiercest Amazon that pushes her every day in her own comic fandom.

Penelope Gaylord: My favorite thing about comics is definitely the art. a great story keeps me interested but the art is absolutely necessary to grab my attention. Battlechasers really got me interested in the comic medium hugely because of Joe Madureira. I didn’t know art could look like that!

PG: There’s a genuine sense of pride and satisfaction when a comic you’ve helped create is enjoyed by others. I think that’s gotta be one of the best feelings as a creative person. Any time your creativity is appreciated, you forget how hard it was to make and just savor the feeling.

PG: It’s always been difficult to choose one set of comics that had the biggest influence because there’s been a few different ones that have made huge impacts for different reasons. Battlechasers was the first series that made me care about comics because the art was so rich. Ranma 1/2, even though it wasn’t an American comic, showed me that not only could the art look great, but the story can also be insanely fun. Kingdom Come showed me that comics can be both powerful and elegant and timeless.

My favorite protagonist in a comic would probably have to be Wonder Woman. I just love the idea of her. To me, she’s like Superman but better because she’s strong but gentle, fierce but graceful, demanding but selfless – all the complexities of a woman.

PG: A typical working day starts with some type of coffee and ends with some type of ice cream. And in the middle, there’s work. Usually that work is the middle of a project, whether I’m inking over my husband’s pencils on a comic or drawing an illustration for something else. If the work is heavy, we have a few go-to playlists that get us through. If the work is a lot but doesn’t require too much concentration, we’ve got movies to help us through those (a lot of which are Disney animated features if I got to choose all the time). On occassions when I’m in between projects, I typically listen to all sorts of music depending on my mood and look through work from artists I admire.

PG: I absolutely need my music. Music plays a huge part of my creativity. It could mean the difference between a good illustration and absolute crap. Well, according to me anyways. If the music isn’t giving me good vibes, then I won’t feel like drawing and it’s just a slippery slope from there. 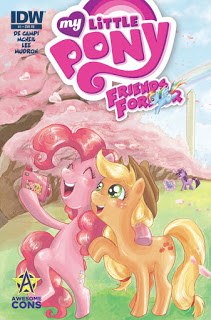 PG: The image that Wonder Woman embodies has always been my favorite across all mediums. She’s strong, sexy, mysterious, fierce, vulnerable at times, confident, unapologetic – these are all of my favorite things. Not all of her stories and comic book appearances represent these traits, unfortunately. Still, she’s always going to be the perfect woman in my book. Have I mentioned that she’s my favorite comic character yet?

PG: My favorite story to work on so far was Fanboys Vs Zombies, which I inked over my husband, Jerry Gaylord. I threw in so many easter eggs in those books and the editors were just great about it. They really let us do whatever we wanted on that series with all of the nods to nerd-dom that we love. But right now we’re working on the Bill and Ted’s Most Triumphant Return and that’s quickly working it’s way to the top of that list.
As far as covers, my favorite one so far is the My Little Pony:Friends Forever exclusive that I did. I got to put the ponies in my backyard of Washington, DC!

PG: Female voices have really widened the audience across all creative platforms. Comics, video games, movies, journalism – these have all been given a larger voice with the inclusion of the female perspective. I think only recently have we really begun to see how much we really needed it because of the waves it’s creating, be they good or bad.

PG: I’ve always been somewhat tardy to the party when it comes to new tech and, specifically, social media. When I first started on this journey to make art my career, the only way i knew how to share my art widely was the DeviantArt website. Now with Instagram, Tumblr, Twitter, and Facebook it’s been so much easier for your art to reach a wider audience in a shorter amount of time. Social media is a great vehicle to promote people’s independent comic projects and I think it’s why so many projects done through Kickstarters have been able to move forward. The established comic companies in the industry will always have a way to reach their fans but social media can broaden their fanbase, if they use it wisely.

JB: What do you feel is the biggest impact of the growing number of women fans or the acknowledgement of women who are fans in comics?

PG: Acknowledging the female fans have and will continue to make a HUGE impact on what we see on the shelves at comic shops – not just a variety of stories but also the range of art represented. it’s crazy to think that basically half of the population had no voice in this industry before. in just the most recent years, characters like Ms. Marvel, Squirrel Girl, and all the gals on Lumberjanes have become household names due largely to the female creators and the female fans that have finally been given a voice. it can only get better from here. 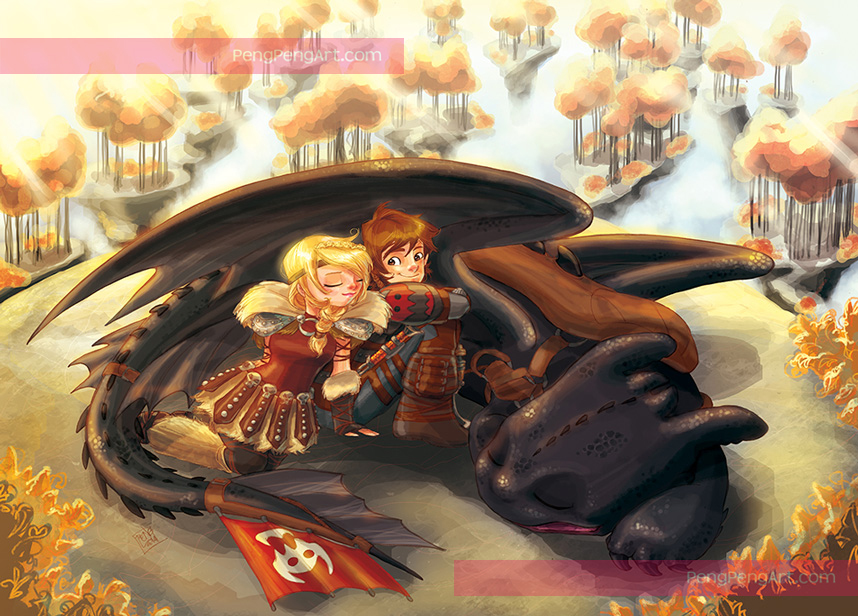 PG: I wish someone was honest and up-front with me and said that you have to KNOW SOMEONE to get your foot in the door. That doesn’t necessarily apply to people that create/publish their own comics. However if you’d like to work for any other comic companies, you have to know someone in the company. The only way to do that is to network. So younger-more-timid-me, you gotta find a way to break out of your comfort zone and socialize!

PG: I can only hope that people like what they see when they look at my work. I draw what I like, so it’s not exactly deep and contemplative (unless that’s what I’m going for). I hope that if they’re moved by it, they know that I share their feelings. It’s like a mini conversation we’re having with each other.

PG: All I want is to make some type of impact on pop culture. I know that sounds huge, probably because it is. I want to be responsible for something that lots of people know about in their lives, whether they know I’m the one responsible for it or not. I’ll know, and that’s all I want.

You can find more of Penelope’s art at: PengPengArt.com or on her Facebook page – facebook.com/pengpengart or on Twitter at @peng_peng 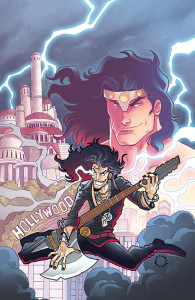