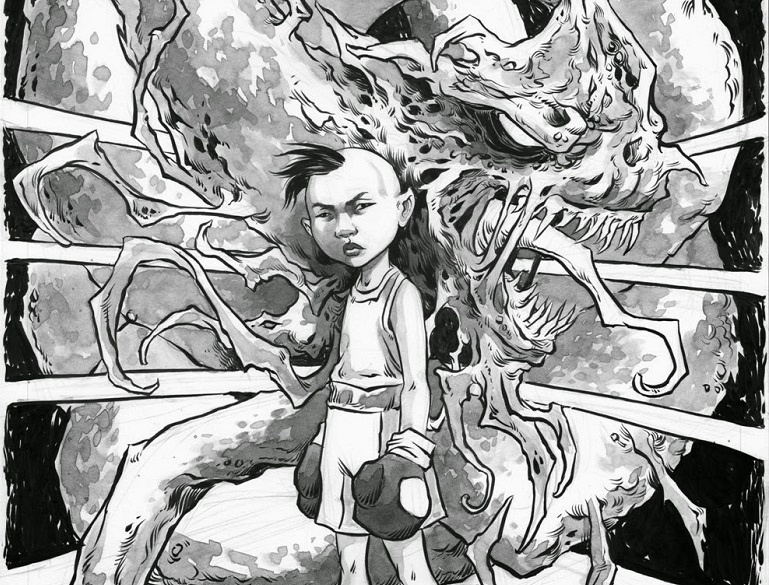 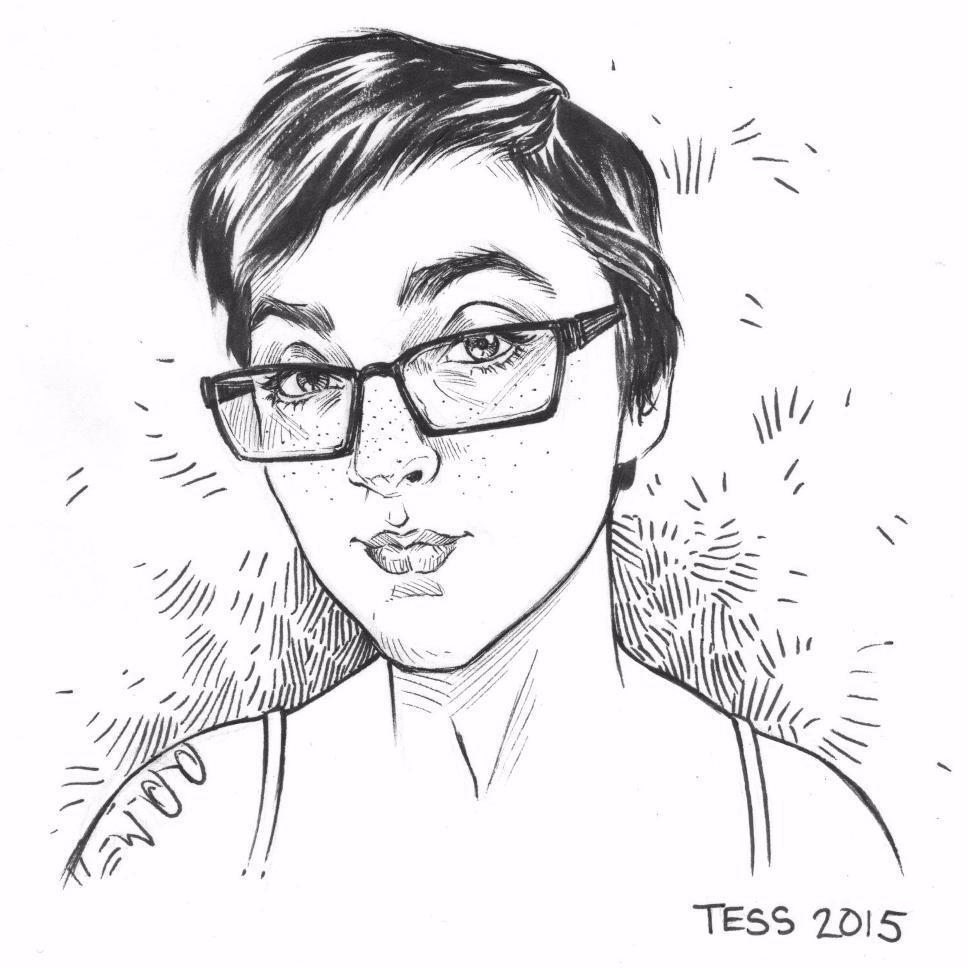 Tess Fowler has been creating art in various media for years. From an exclusive animated video for a Game of Thrones Blu-Ray release, to music covers and videos for Lisa Loeb and especially comics like her web-series The Rascals and, yes, comics. Now we get a chance to ask her about the music that moves her and how social media has changed the landscape for comics creators.

Tess Fowler: The interaction between audience and creator. Comics are the only media that requires you to actively participate in the experience. To me, that’s magic.

The end result. Holding it in my hands and knowing I survived running another gauntlet. It’s a satisfaction I can’t explain properly.

JB: What issue or series has had the biggest influence on your work?

TF: Hands down it was 100 Bullets. Eduardo Risso continues to be one of my foremost inspirations. That series was how I first learned about the rhythm of sequential storytelling. The music that flows underneath it.

JB: What type of music did you hear while reading 100 Bullets?

TF: Depends on the volume being read. But it was usually a lot of Tom Waits’ instrumental/experimental stuff and old 60s blues. 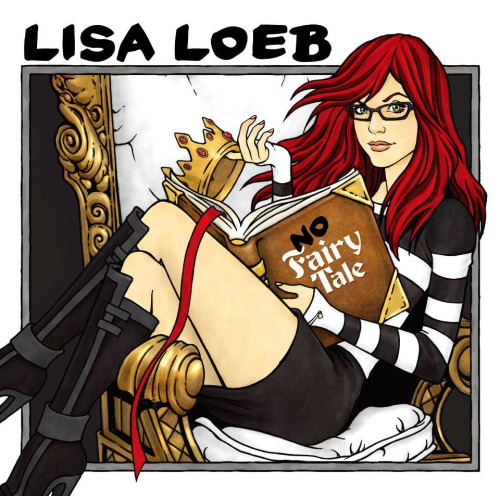 JB: Who is your favorite protagonist/antagonist?

(Protagonist) Bodie and (Antagonist) Dodge, from Locke and Key. Both of them broke my heart ten times over. They still do.

JB: Which volume of Locke & Key was your favorite? Was it the familial aspects that drew you in, the horror?

TF: Volume 4 was my favorite. That right there was a perfect book.
Bodie was what kept me coming back. I have a little brother just like him. And Dodge was so compelling. Gabriel Rodriguez came into that book a skilled artist. But he left it a master. That was so exciting.

TF: Answering work emails in the early morning. Running errands with my husband (if it’s needed) before the day gets too hot. Then working on comics through the afternoon and evening. I alternate commissioned work between pages, unless I’m on a deadline for something. Then it’s all day/all nighters until that project is complete.

Lately my husband has been working from home, so we’ve been binge watching Netflix in the background during work time. Something we’ve seen before so it’s not distracting. But when I’m alone I listen to a lot of Tom Waits and Marvin Gaye. Depends a lot on the complexity of the project. For deadlines I stick with soundtracks. O Brother Where Art Thou and Chicago are favorites.
I’m not allowed to work in quiet. We have a 20 lb. tuxedo cat who screams like the Alien. I have to have something to drown out his “singing”. 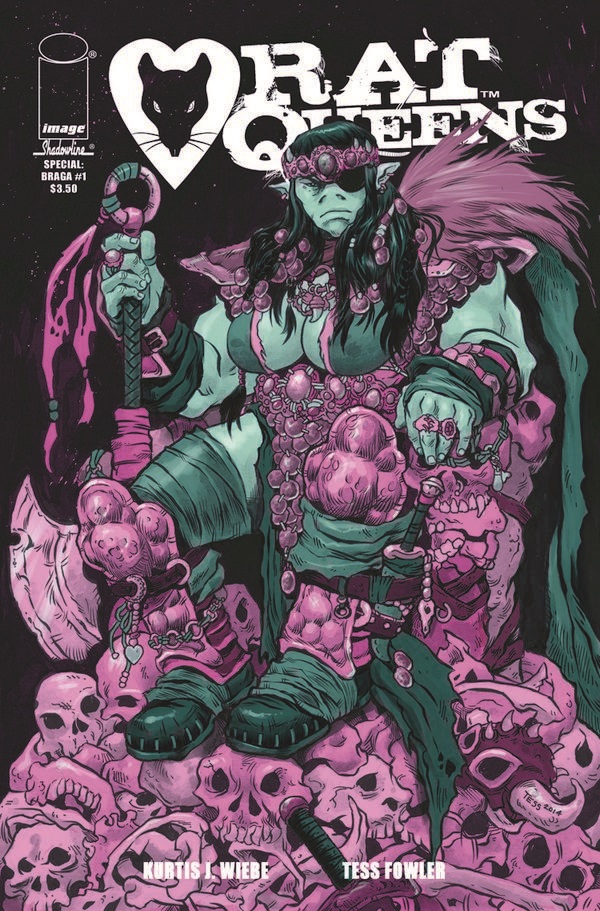 This One Summer by Jillian and Mariko Tamaki is phenomenal. I can’t recommend it highly enough.

JB: What about This One Summer spoke to you?

TF: Capturing little girls on paper in an honest way. That’s hard to do. But they did it. The art was gorgeous to boot. There’s one scene by the water at night and you can HEAR the water. Literally you are there. Right there. You can smell it. That book is magic.

JB: What was your favorite part about working on Braga special?

TF: When I was a kid all a reader had for comics news was Wizard magazine and word of mouth. It was that way right up until I started in the business. (The internet “boom” wasn’t quite alive and kicking yet.) Nowadays one savvy creator can generate buzz on a book with just a few well timed/worded Facebook or Twitter posts.
It’s a double edged sword, though. For sure. Having insta-access to your audience means they have insta-access to you too. Which can be downright terrifying at times.
What do you feel is the biggest impact of the growing number of female fans or the acknowledgement of female fans in comics?

Companies, creators and fandoms are now talking openly and passionately about diversity. Inclusion. This will lead (and is currently leading) to opening more doors for PoC, LGBTQIA folk, and others. That started with acknowledgment of the audience’s shifting climate. Fangirls have always been present. But now their numbers have grown, and boy are they getting noisy. Content and attitude change is happening. Right now. Slowly, to be sure. But it’s happening. 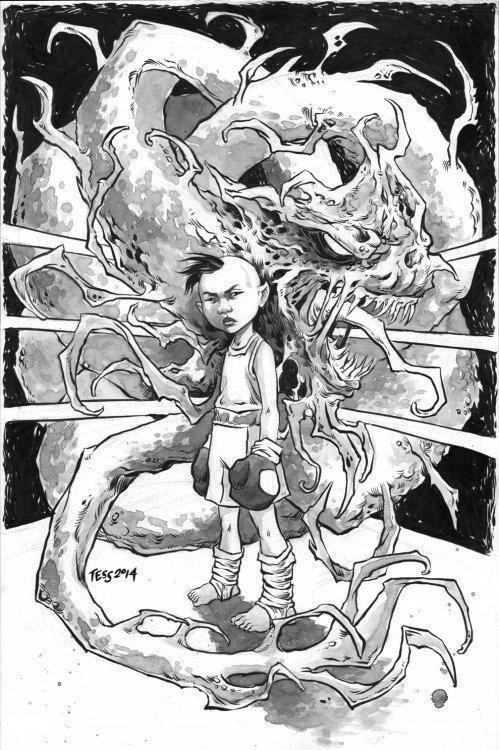 TF: That I wasn’t alone. That there were other women dealing with the same issues I was, at the same time. And that there were women who had been fighting that age old battle in comics for longer than I’d been alive. That would have changed my entire perspective.

TF: That we and our fellow strange, hairless upright apes come in alone. And we go out alone. So we need to stick together while we’re here.

TF: When it comes to comics all I want is to leave this place better than the way I found it.

If you would like more information about Tess and her work you can check out her webcomic www.rascalscomic.com and her website www.tessfowler.com. You can also check her out on Twitter @TessFowler.