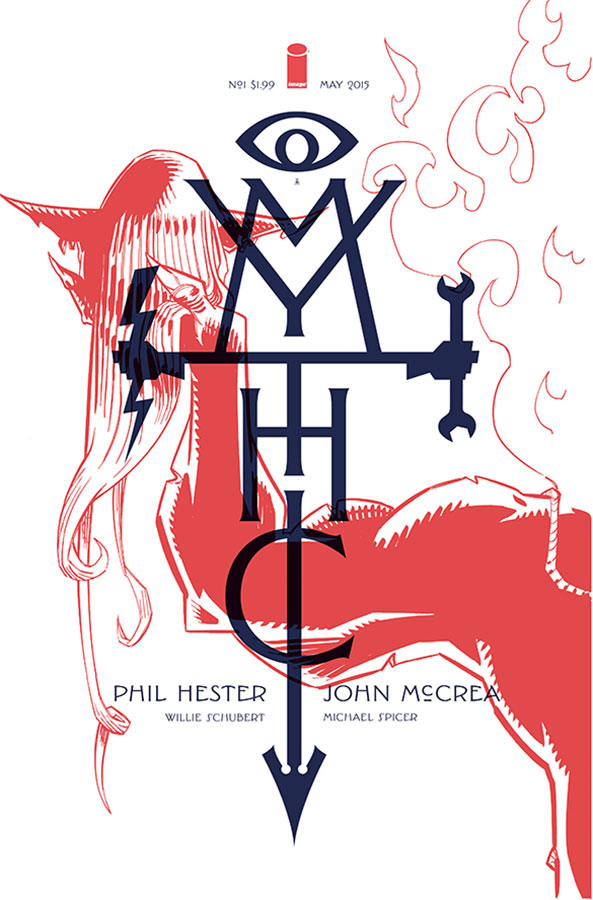 Bestselling Eisner-nominated writer Phil Hester (Green Arrow, The Coffin) joins Eisner Award-winning artist John McCrea (Hitman, The Boys) for MYTHIC, an all-new supernatural series about an unlikely crew charged with maintaining (and covering up) the network of magic that keeps the world at status quo. The series launches from Image Comics on May 6.

In MYTHIC #1, “science” is a lie told to the masses. In truth, the fibers of what keeps the world in existence are comprised of magic. And an unlikely team—Apache shaman Waterson, Greek immortal Cassandra, and cell phone salesman Nate Jayadarma—is charged with keeping all the world’s magic in check—as well as a secret—from humanity. But what happens when those supernatural gears that keep the world turning come to a grinding halt?

“Always a real pleasure to be working with Phil Hester and with Mythic he’s provided some big, exciting themes for me to sink my teeth into,” said McCrea. “We’ve assembled a crack team of international comic operatives to insure that this is top drawer comic experience!”

Hester added: “I think John is a singular talent and has a tremendous gift for pathos, comedy and horror, so MYTHIC has been tuned to fit all those abilities. I can’t think of another book quite like it on the stands, but if you enjoy Kirby-style action and high concepts combined with creepy horror and irreverent humor, you found your comic book.”