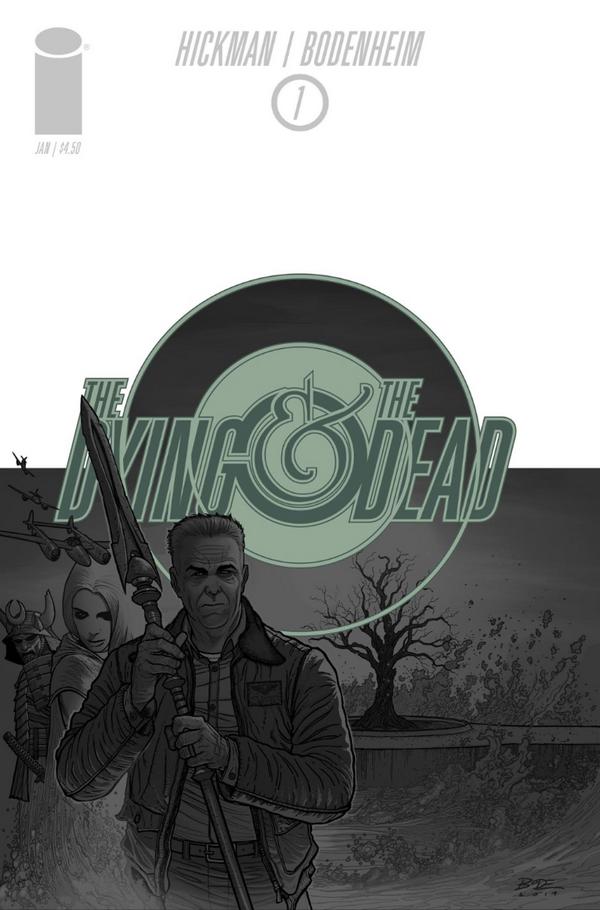 “Dying and the Dead gives life to classic hero type” —USA Today
“A beautiful and somehow unsettling comic” —WIRED UK
“Beautiful to behold.” —Newsarama
“A fun mix of G.I. Joe, The Lord of the Rings, and old fashioned American heroism.”
—IGN
“How hasn’t this already existed? It feels so complete of an idea, so well tuned a concept, so expertly put together, that it feels as if it must have somehow already been put together.” —Multiversity Comics
“The Dying and the Dead #1 is another compelling start to an enticing series from Hickman, Bodenheim and Garland. Fans who enjoy Hickman’s grand landscapes will find plenty of grandeur here.” —Comic Book Resources

New York Times bestselling and award-winning writer Jonathan Hickman (EAST OF WEST, THE AVENGERS) and artist Ryan Bodenheim (SECRET, RED MASS FOR MARS) have captivated critics and fans alike with their all-new adventure mystery series in THE DYING AND THE DEAD. In order to keep up with customer demand, Image Comics is pleased to announce a second printing of issue #1.

In THE DYING AND THE DEAD #1, a murder at a wedding sets of a series of reactions unraveling secrets hundreds of years old. At great cost, a man with a dying wife is given the opportunity to save her. A lost tribe is reborn in another time. Seemingly unconnected events that force relics from the Greatest Generation to come together for one last hurrah.

THE DYING AND THE DEAD #1 remains available for purchase across all digital platforms, including the Image Comics website (imagecomics.com), the official Image Comics iOS app, Comixology’s website (comixology.com), iOS, Android, and Google Play.