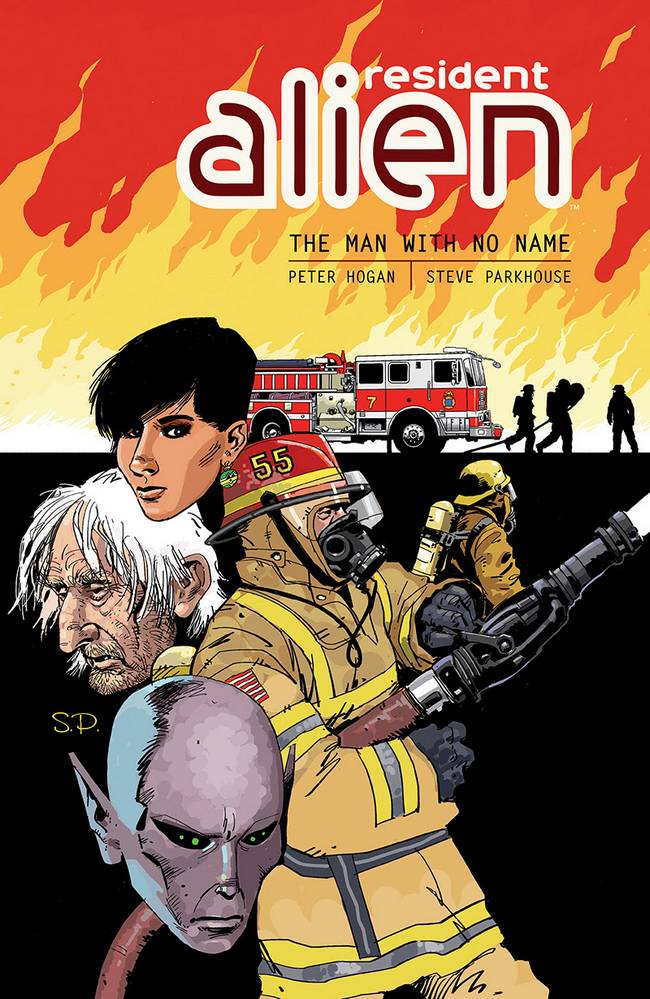 Resident Alien chronicles the life of Harry, an alien who crash-landed on Earth and is forced to hide in plain sight among humans. While awaiting rescue and dodging government agencies intent on capturing him, Harry spends his time solving murders and other mysteries in a small Washington town. In The Man with No Name, Harry investigates a huge, bizarre fire attributed to a possible drug ring, while fending off the investigative prowess of the United States government.

Resident Alien writer Peter Hogan explained the creative premise behind The Man with No Name: “In this series Harry’s not only dealing with a murder mystery; he’s having to deal with dramatic developments in his personal life as well — and readers will finally learn the answers to some of their questions about Harry’s past.”

“A sci-fi murder mystery, Resident Alien: The Suicide Blonde #1 engages its readers with a supporting cast of quirky characters and a weird-looking protagonist. Geared for newcomers, this installment is a quick introduction to the inhabitants of Patience, USA.” — Jorge Solis, Bloody Disgusting

“Resident Alien first appeared in Dark Horse Presents, and I’m pleased to see it’s getting this shot at a longer run. It’s got tons of potential, and a strong execution.” — Max Delgado, Unleash the Fanboy