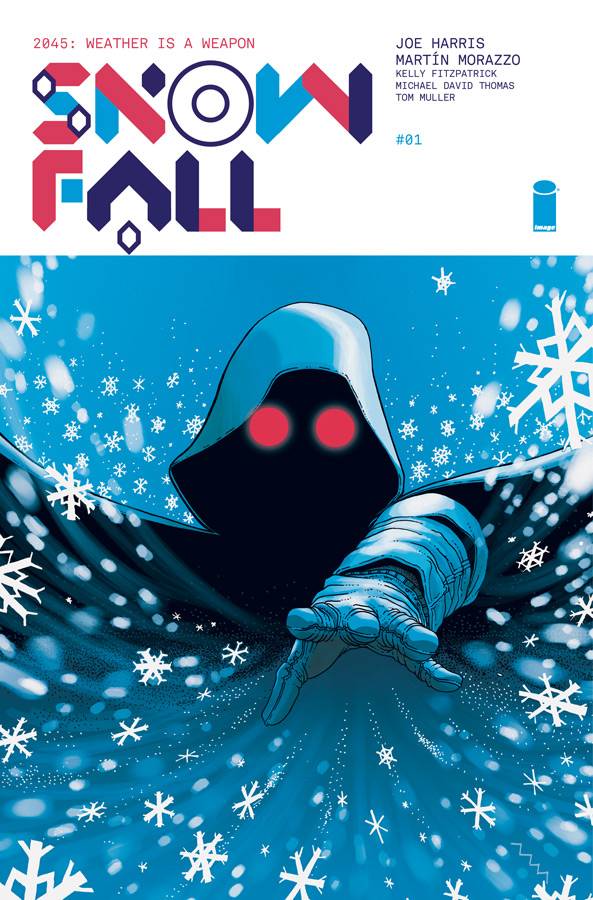 The prelude to the Spring’s blockbuster AVENGERS event!
Hello there and welcome, new resident. You’ve sure made the right choice in moving to Pleasant Hill– a friendly small town where burdens are lifted and the sun is always bright… so hide your eyes. Don’t let it see you looking its way. Hide if you must. Otherwise it will burn right through you. Pleasant Hill is the kind of place where folks look out for one another. Everyone knows who their neighbors are. But who are you, neighbor?

Why It’s Hot: The next big Avengers story starts here! Nick Spencer has been turning out one of the best books of the All New All Different Era with his run on Captain America. Now the veteran writer gets to spearhead an Avengers event that is sure to have lasting repercussions. For those of you worried about another event so soon after the conclusion of Secret Wars, keep in mind that this isn’t a universe wide event, but rather one featuring the Avengers family of titles. Marvel has excelled at these smaller, contained events in the past, and Standoff looks to continue the trend. 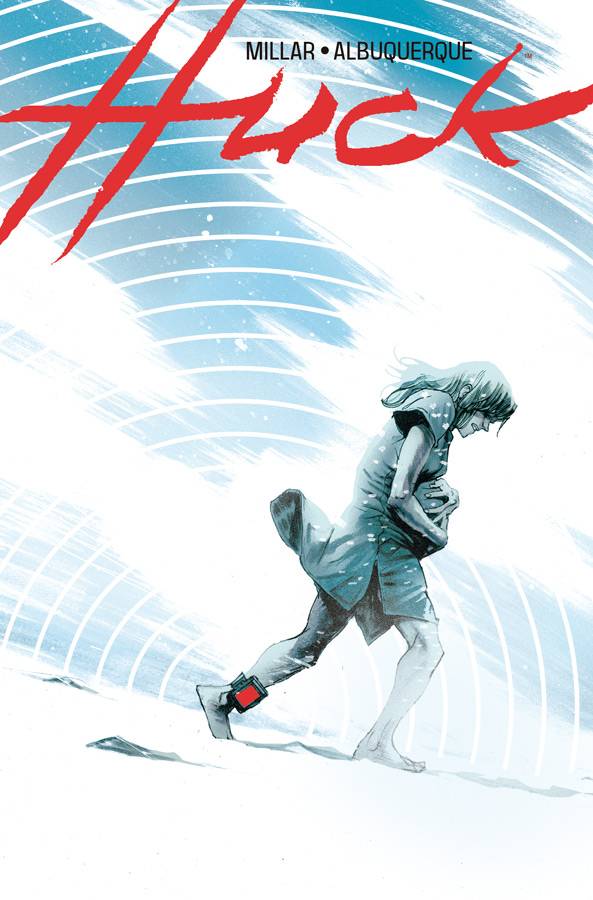 Why It’s Hot: The first three issues of Huck have been released to near universal acclaim, as readers have fallen in love with not only the eponymous character, but with the overall feel good tone of the series. Millarworld has been on a hot streak over the past year or two, but this series might be the most beloved yet. Both long time fans, and readers who haven’t liked past Millar titles have been showering Huck with praise, and it has become a must read comic. 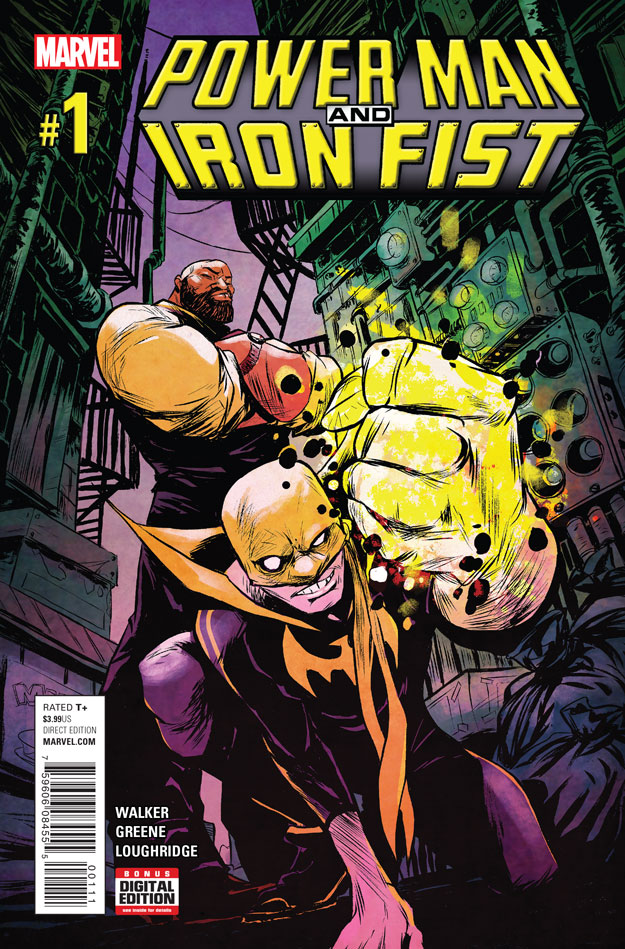 THE ORIGINAL HEROES FOR HIRE, BACK ON THE CLOCK!
We KNOW you’ve been waiting to see LUKE CAGE and DANNY RAND back together and back to STREET-STOMPING basics! POWER MAN and IRON FIST are tracking a mystery with all the ingredients of a classic Heroes-for-Hire tale. Expect old friends, hired goons, crime lords, weird magic, plenty of power, a flurry of fists and as much bromance as you can handle! It’s Power Man and Iron Fist reunited, and writer DAVID WALKER and artist SANFORD GREENE are making it feel so GOOD!

Why It’s Hot: Luke and Danny are back where they belong, together! The original Heroes For Hire are back! Have you seen the past works of these creators? Have you looked at the preview pages? If the answer to either of those questions (or both) is in the affirmative then you’re probably thinking what I’m thinking, “Sweet Christmas is it Wednesday yet?”

In the year 2045 it no longer snows. A catastrophic crash has left the climate ravaged, society splintered, and the newly-christened “Cooperative States of America” propped up and administered by the powerful Hazeltyne Corporation. Only one man wages an all-out weather war against the system, wielding the forces of nature themselves as weapons. He is the White Wizard. The ghost in the night. Genius. Terrorist. Outlaw. Hero?

Why It’s Hot: Since Snowfall was announced there has been a buzz around the title. Great Pacific was good, and the high concept behind this series is extremely intriguing. Has the next great series from Image Comics arrived? Time will tell, but an extra sized first issue for regular price should make it easier to find out! 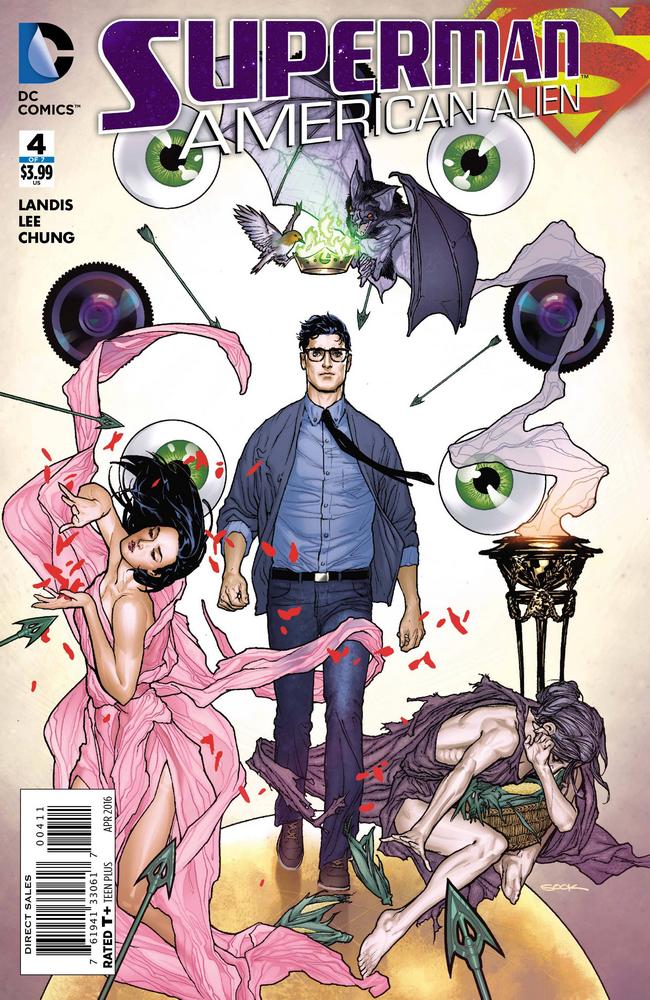 Clark travels to Metropolis for the Cerberus Summit, a rare meeting between three of the world’s most prominent young chiefs of industry: Lex Luthor, Oliver Queen, and the enigmatic Bruce Wayne. Landing an exclusive interview with any of the three would all but guarantee Clark a prestigious internship with the Daily Planet…but Clark runs into some unexpected competition when he meets another college journalist named Lois Lane.

Why It’s Hot: Max Landis’ unique take on the Superman mythos has been nothing short of a huge surprise. This isn’t to say that the series was expected to be bad, but I don’t think many people expected it to be quite this good. It has served as a fresh take that has apparently, if Landis’ Twitter account is any indication, brought new readers into their LCS for the first time. When you consider that the screenwriter’s crossover appeal is being added to a strong story, and the work of some of the industry’s top artists, you are left with one of the most talked about Superman titles in ages. As the series crosses the halfway point, the great Jae Lee joins in on the fun, and makes this issue one of the most anticipated of the week.