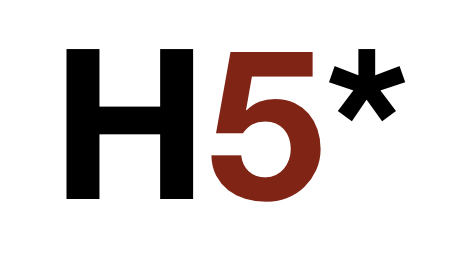 “Hot Five is a short list of the top books we think you’ll want to be checking out. Be they new title launches, key issues or just continuing stories from some of the industry’s most acclaimed books, this list is your guaranteed gold in the comic market.”

Every week the above words, originally written by longtime Comicosity stalwart Matt Santori, have preceded this site’s Hot Five column. Matt started and established the column before passing the torch to me on November 6, 2013. Last week marked my fifth anniversary working on Hot Five, and no matter what happened in the world during that span I’ve made sure to share my thoughts on what comics readers around the world should check out each and every week. When you add yesterday’s picks into the equation that means I’ve written a Hot Five entry in 261 consecutive weeks. That’s a lot, and it’s time for a change.

From the moment I took it over I wanted to leave my mark on the Hot Five and Comicosity itself. I started immediately by launching the “Hot Five: Extended Edition” that featured an extra focus on a month’s debut issues in the first entry of each month. That led to some confusion from loyal readers, and was ultimately more trouble than it was worth. I didn’t need to mess with a proven formula.

The Hot Five worked just fine as it was, but comic book weeks just seemed to keep getting better though, and I started to feel that I was missing out on mentioning many deserving issues every entry. Eventually this led to the addition of the “Also Available This Week” section. Acknowledging more than just the five issues I picked lifted a kind of weight off my shoulders. If I didn’t get to write about a certain issue then at least I felt I was able to acknowledge it, and hopefully that would catch a reader’s eye.

Guess what though? That just wasn’t enough, because the week’s just somehow kept getting better and better. Over the past few months I dropped the pretense that there would only be five picks each week. The Hot Five is a brand I’ve spent five years building, so we just added an “ish” to the title.

Guess what happened next? Comics continued to kick ass, and it started to feel impossible to contain the Hot Five in one weekly column. So I hereby announce that the Hot Five is now officially dead.

In its place you can say hello to H5*, a new Comicosity imprint.

I will still be bringing you my weekly picks on Tuesdays, but that column will only be a small part of what we will have planned for you readers. As a part of this new imprint I will be using the format made popular by the original column to celebrate the past, present, and future of this medium we all hold dear to our hearts.

Whether it’s getting to know the Comicosity staff just a little bit better with a list of our favorite runs, my thoughts on a given week’s issues, or looking ahead to comics out on the horizon, H5* will be here to celebrate comic books. One day I might go over five-ish (hence the asterisk in the new name) great moments from a classic series, and the next day I may be asking five-ish questions to your favorite creator about their upcoming series right before giving my five-ish thoughts on that week’s new issues.

In the coming days you will see the beginnings of H5* columns that will be recurring on a regular basis. The possibilities of what can be done with this imprint, and what you will see are endless. I hope you will join us on this journey, as a new day dawns for Comicosity!