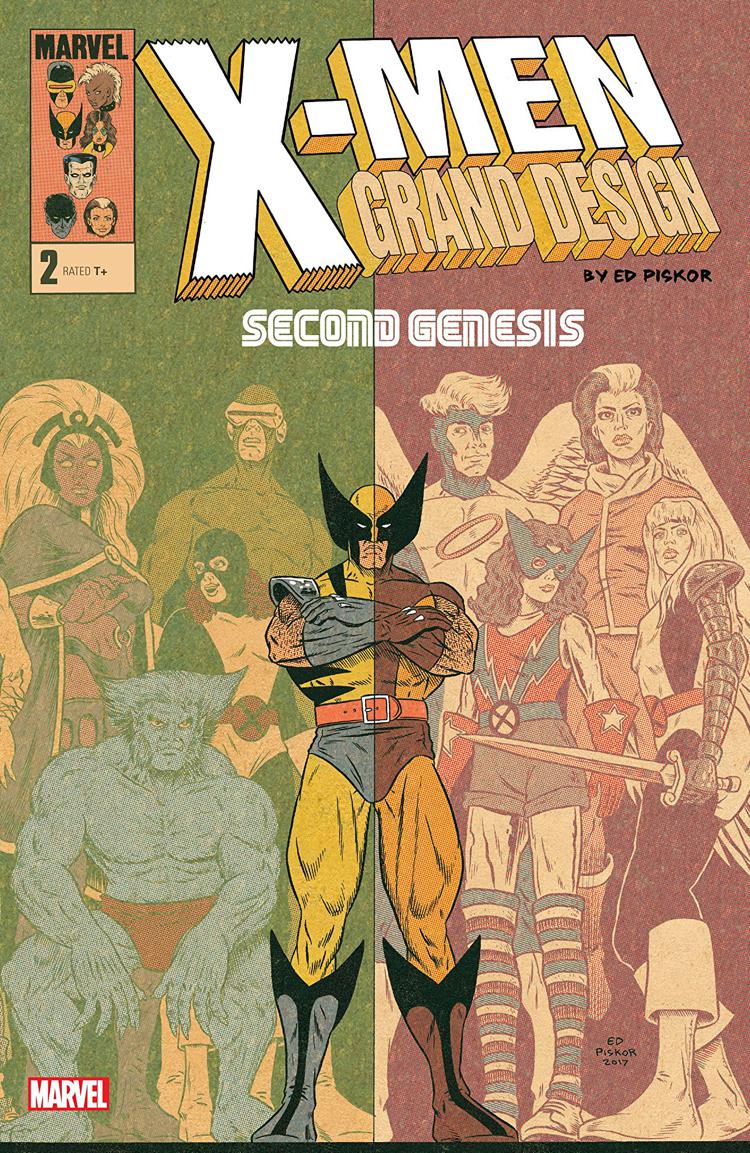 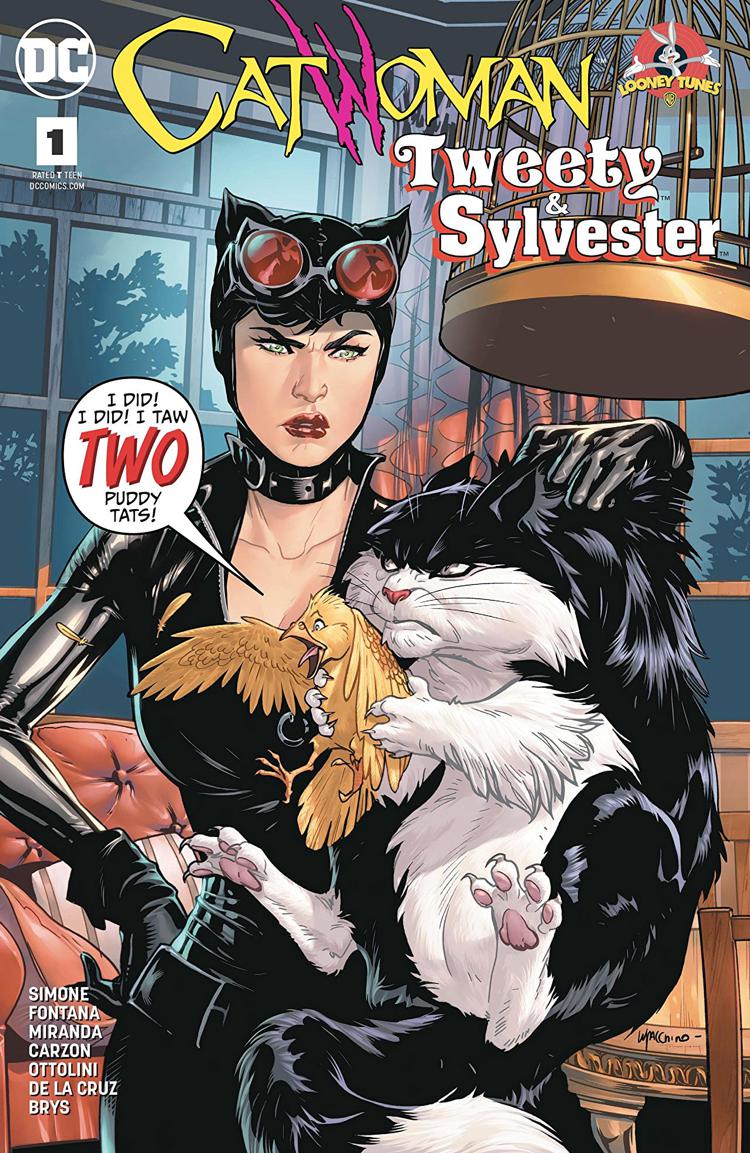 In his relentless pursuit of Tweety, Sylvester suddenly finds himself with a new, human ally-Catwoman. Tweety then realizes that he’s going to need some help too, and recruits a super-hero of his own. It isn’t long before the scale of the conflict begins to get out of control and suddenly theres’s a full scale war between cats and birds that threatens to take over all of Gotham.

Why It’s Hot: The Looney Tunes characters crossing over with the DC Universe is a concept that shouldn’t work. After the first round of these specials we were shown why it was naive of many to think that some of the most talented creators in the world wouldn’t be able to make it work. Now with the next round of titles among us it’s time to guess which one will be the Batman/Elmer Fudd of the bunch. I’m putting my money on the adventures of Catwoman with Tweety and Sylvester. The main story from the mind of Gail Simone is so completely bonkers and fun. The characters on the cover are only a fraction of the combinations you’ll be getting, as Simone and Miranda figured out a way to fit a whole bunch of characters into this one. Then Fontana and Carzon’s backup in the Looney Tunes style is a nice little tale to top the issue off. If you’re sleeping on these specials again you should rethink that before picking up your comics this week. 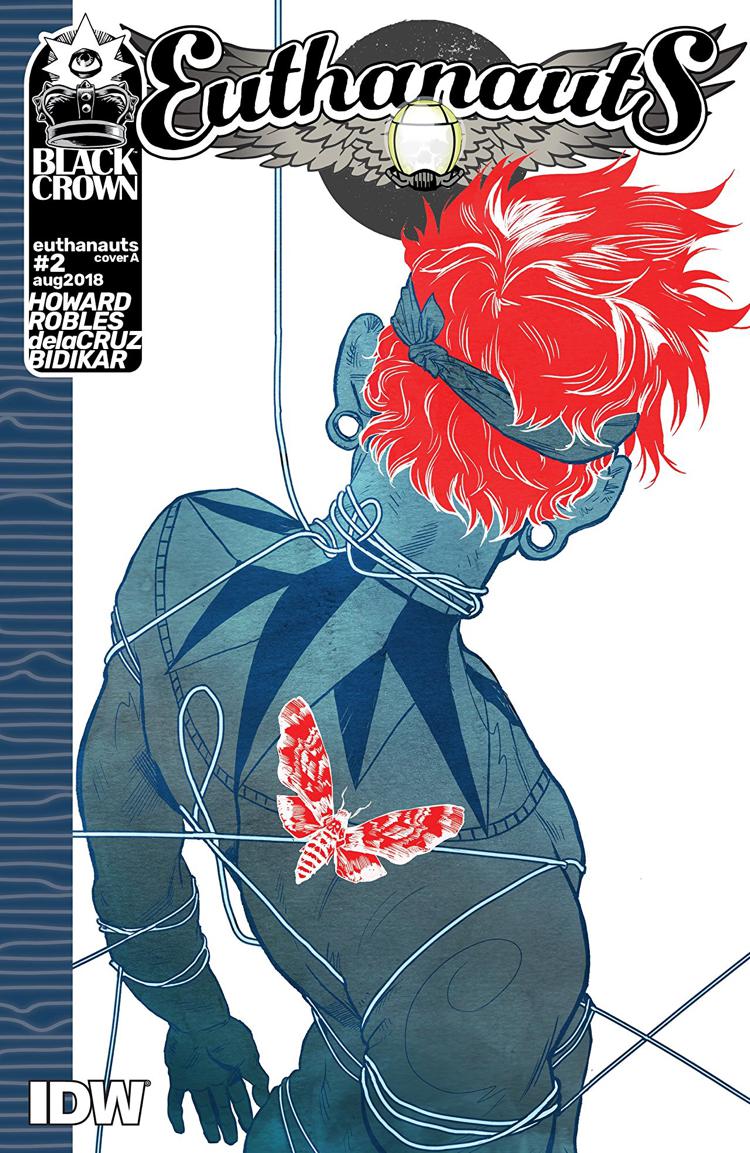 The dead speak. Grant them Mercy. We learn who is alive and who is dead (for now). And who is the boy who burns things so brightly? A look at the very first Euthanaut. Funeral home receptionist Thalia Rosewood’s life has just changed forever in this provocative new series.

Why It’s Hot: After one of the best first issues of the year Howard and Robles’ new Black Crown series is on its way to being a metaphysical masterpiece. Editor Shelly Bond has put together quite the lineup for her burgeoning IDW imprint, and this series might just be the best yet. 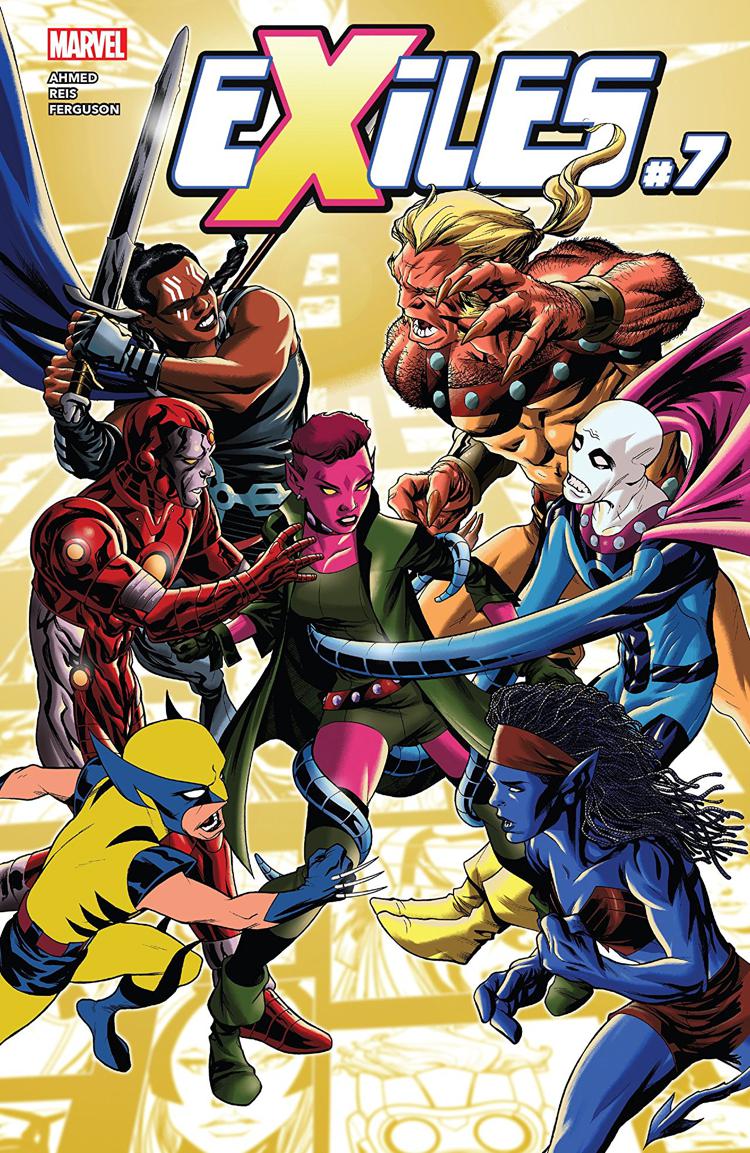 Blink’s original time-traveling companions make an appearance, including fan-favorites Sabretooth, Morph and Nocturne! And they’re just in time for a showdown with the gunslinging Brotherhood of Evil Mutants! But what does that mean for Blink and her NEW family of Exiles? And the Exiles aren’t the only familiar faces in town. They call him “King,” and you do not want to find yourself in his Vibranium crosshairs. Who is the Black Panther of the Wild West – and what does he want with the Exiles?!

Why It’s Hot: Old West Black Panther? Old West Brotherhood Of Evil Mutants? Old School Exiles? Yes, yes, and yes, as Ahmed and Reis bring us an issue that Exiles fans have been waiting a long time for, and one they won’t soon forget. This issue is just another example of the creative success Ahmed and his creative collaborators have had in revamping this fan favorite concept. 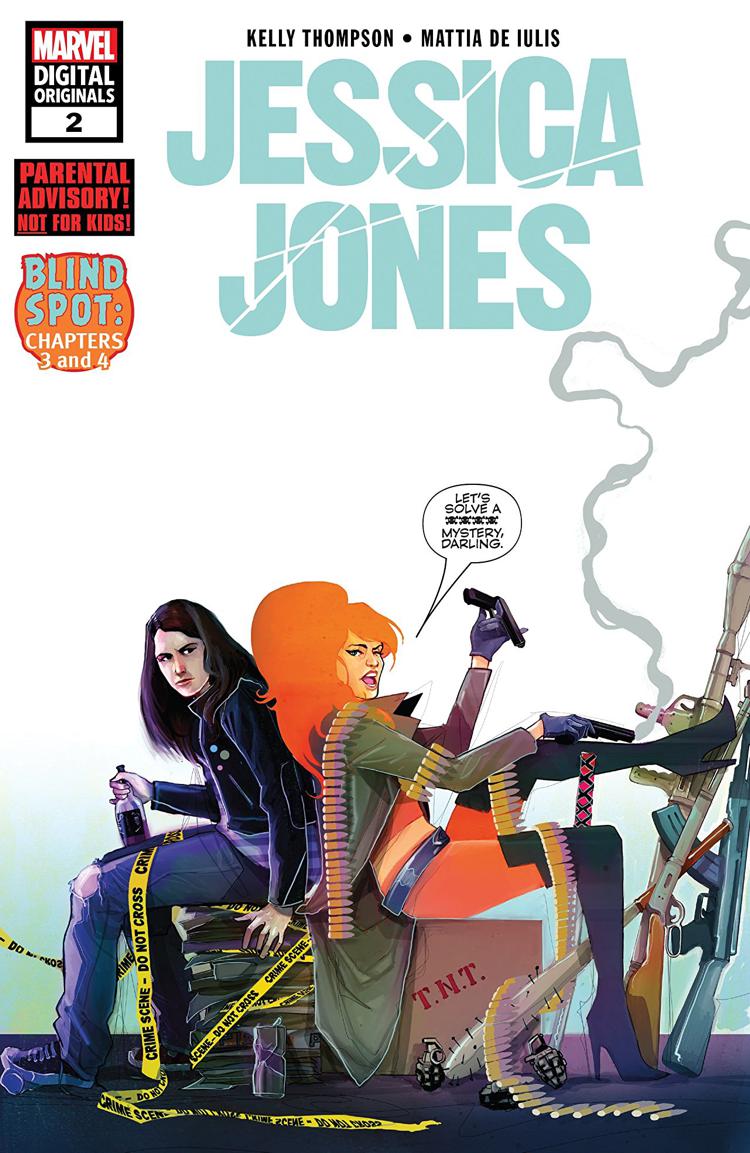 BLINDSPOT Part 2! As Jessica re-opens a cold case in the hopes of bringing a former client’s murderer to justice, she finds herself caught in the web of a serial killer who seems to be targeting powerful women. When two of the Marvel Universe’s most powerful redheads are caught in his crosshairs, Jessica may be their only chance at survival. Guest-starring (or guest-slaying?) Elsa Bloodstone and Mary Jane Watson!
A DOUBLE-SIZED Marvel Digital Original you don’t want to miss!

Why It’s Hot: Marvel’s digital origonal Jessica Jones series is already one of the finest comics beimg published by the company. Kelly Thompson was a perfect handpicked successor to the throne that is writing Jessica’s solo series, and Mattia De Iulis came out of nowhere to be a perfect fit for the character. Whether you’re waiting for the physical trade or picking up the double sized issues for $5 this is a must read for all fans of Jessica Jones, regardless of medium. If this is the quality we can expect from all future MDO titles this initiative could end up being a game changer for weekly comic book readers. 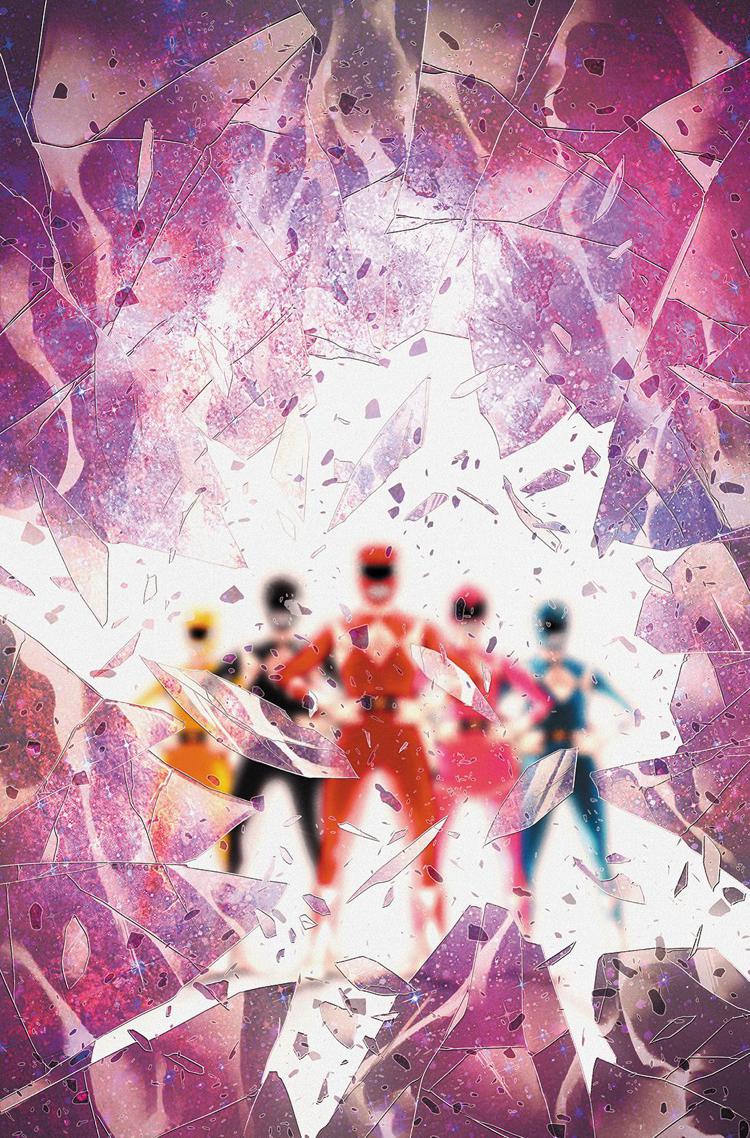 Why It’s Hot: On the week the Power Rangers celebrate their 25th anniversary, and the day after the anniversary episode of Power Rangers: Super Ninja Steel, Shattered Grid,the biggest event in the property’s history, comes to an end. How will it all wrap up? What will this creative team’s final statement on these characters be? Find out in this monumental extra sized anniversary extravaganza! 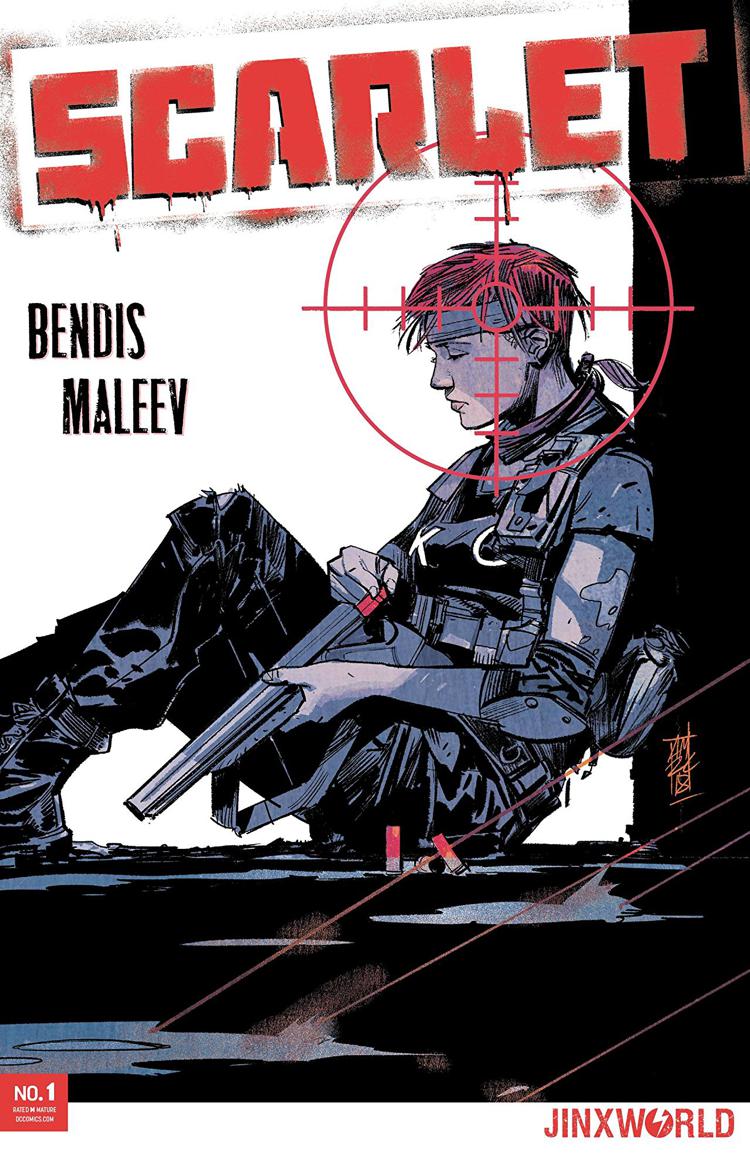 From the creative team that brought you Daredevil and Infamous Iron Man comes the latest explosive chapter in their creator-owned epic, which IGN called one of the best comics on the stands. SCARLET tells the story of a woman whose life has been ripped apart by police corruption. When she pushes back, she starts a chain reaction of events that will bring about the next American Revolution.
In this brand-new, new reader-friendly chapter, fully painted by Eisner Award-winning artist Alex Maleev, SCARLET tells the story of what happens when one young woman is pushed too far-and what one country will do to stop her.

Why It’s Hot: Scarlet is back, and she is making her DC Comics debut. Bendis and Maleev’s creator owned series continues to be more and more relevant to the real world, and given that this is the first issue of the series to be published during the current United States presidential administration it will have readers everywhere talking this week. Join one of the most iconic creative teams of the 21st century as the revolution leaves Portland and heads to to Washington.

SPACE INVADERS!
The Shi’ar! The Brood! The Starjammers! Watch as Marvel’s merry mutants take to the stars for the very first time all over again. See the inaugural X-Men adventures of Kitty Pryde and Carol Danvers. Marvel at the conclusion of the now-classic DARK PHOENIX SAGA. A great entry point for new and lapsed X-Men fans alike!

Why It’s Hot: Ed Piskor wraps up the second volume of his streamlined retelling of the X-Men’s history by covering some of the most beloved stories in comic book history. This project has been one of the absolute highlights in all of comic books from the moment Piskor tweeted about his idea several years ago, and one can hope this isn’t the end for these types of projects from Marvel. This is special stuff, and I know I’ll be revisiting this one for years to come.