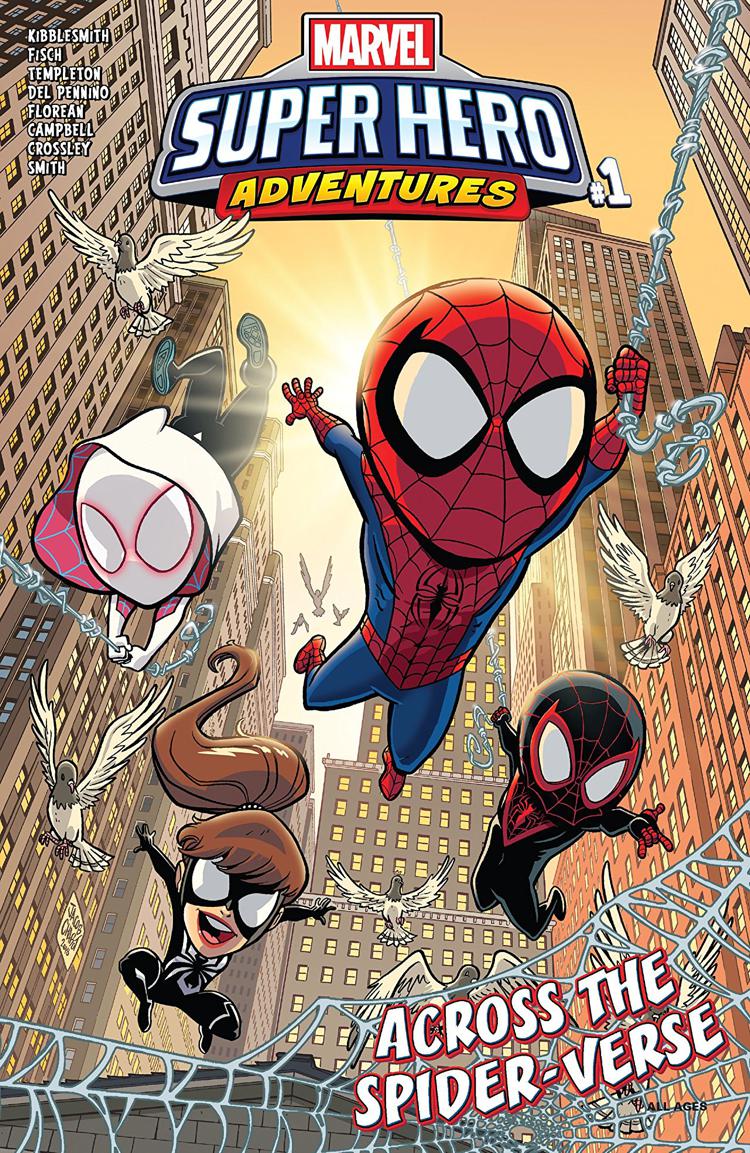 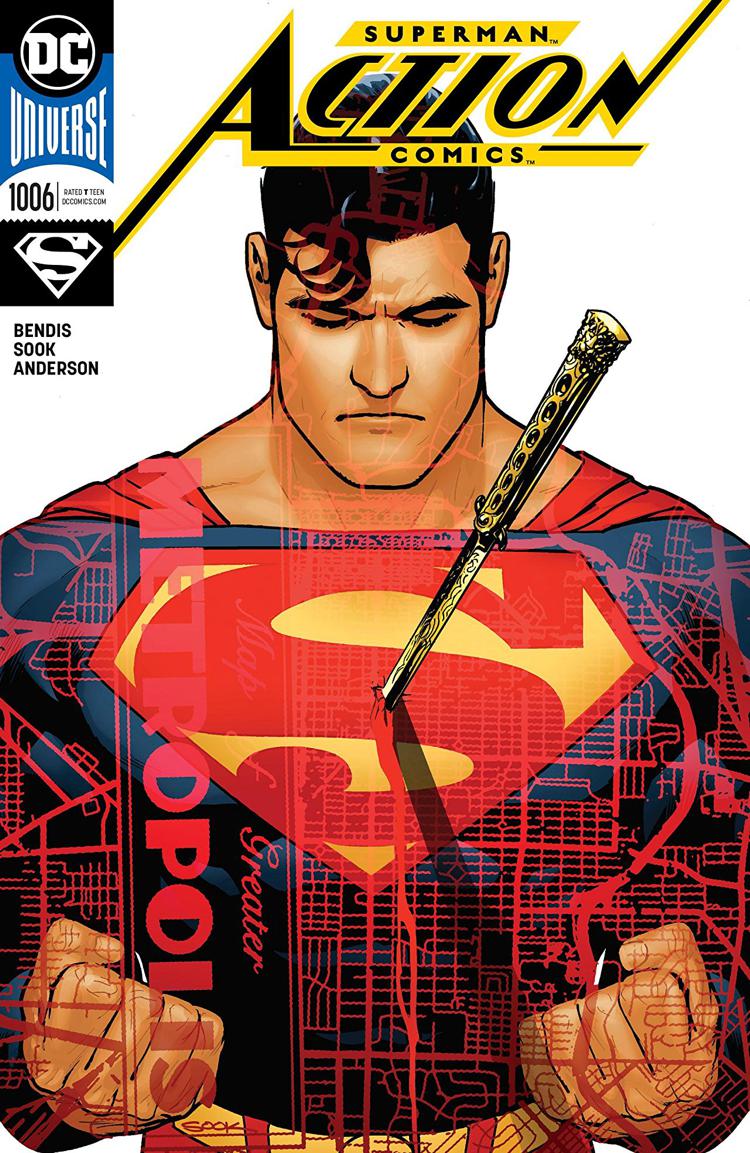 The Red Cloud sets her sights on someone close to Superman, but how can the Man of Steel stop a villain he can’t touch? As the invisible mafia controlling Metropolis’ underworld steps more into the light, its leader finally stands revealed with a secret that will have massive implications for Superman and Clark Kent!

Why It’s Hot: Bendis, Sook, and company start the new year off with a bang, as all of the seeds that have been planted since Bendis’ run started have been watered and are starting to sprout. If you are at all interested in Superman this is a comic you will want to read, as it might very well be the beginning of the next big DC Comics story, and the biggest of Bendis’ DC tenure thus far. 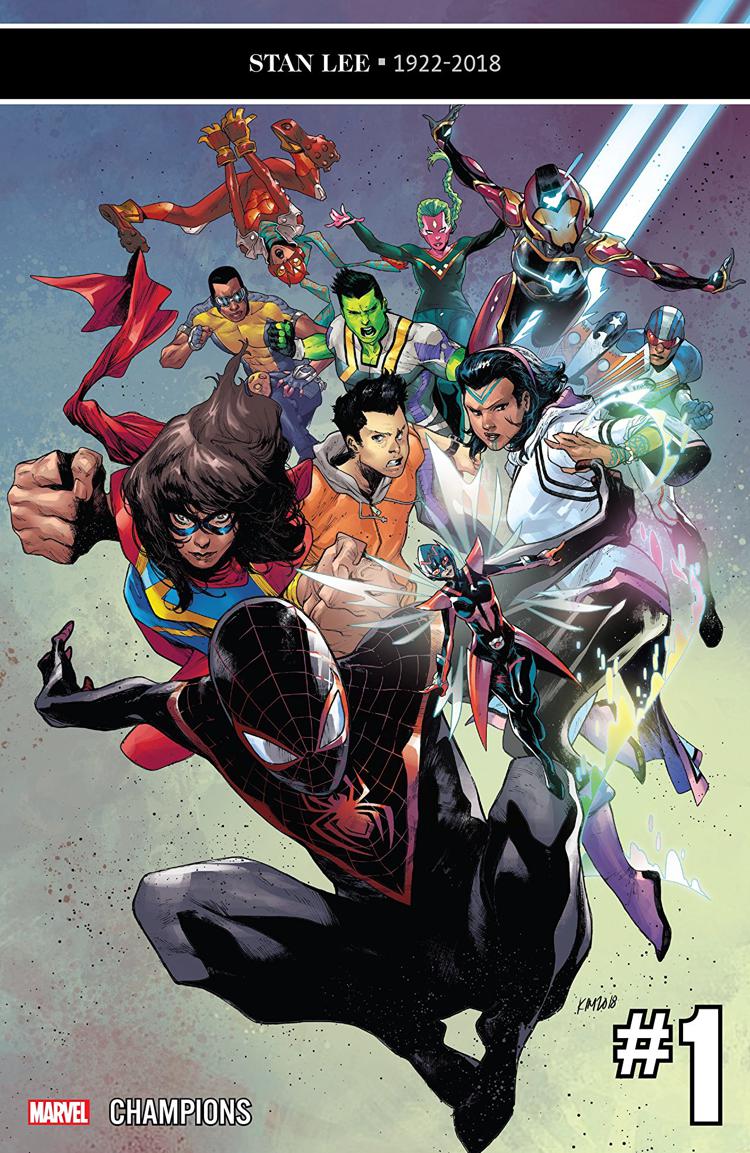 THE WORLD STILL NEEDS HEROES – AND THERE ARE HEROES ALL OVER THE WORLD!
The Champions have gone global! The team has seen explosive growth under Ms. Marvel’s leadership, with super-powered members ready to answer the call in a dozen different countries. They’re saving people and improving lives across the planet while they inspire the next generation… but something sinister lurks beneath the surface of their expanded mission. It’s a dark secret that could destroy the team and everything they stand for!

Jim Zub (AVENGERS: NO SURRENDER, UNCANNY AVENGERS) and Steven Cummings (Wayward, Legends of the Dark Knight) ignite a new era of CHAMPIONS, filled to the brim with action, adventure and drama in the Mighty Marvel Manner!

Why It’s Hot: Jim Zub has done a solid job with the Champions since taking over their series awhile back. Now he gets a relaunch with a new mission statement to make even more of an impact with these characters. If you want to see the next generation of Marvel superheroes in action this is the perfect place to jump on board. 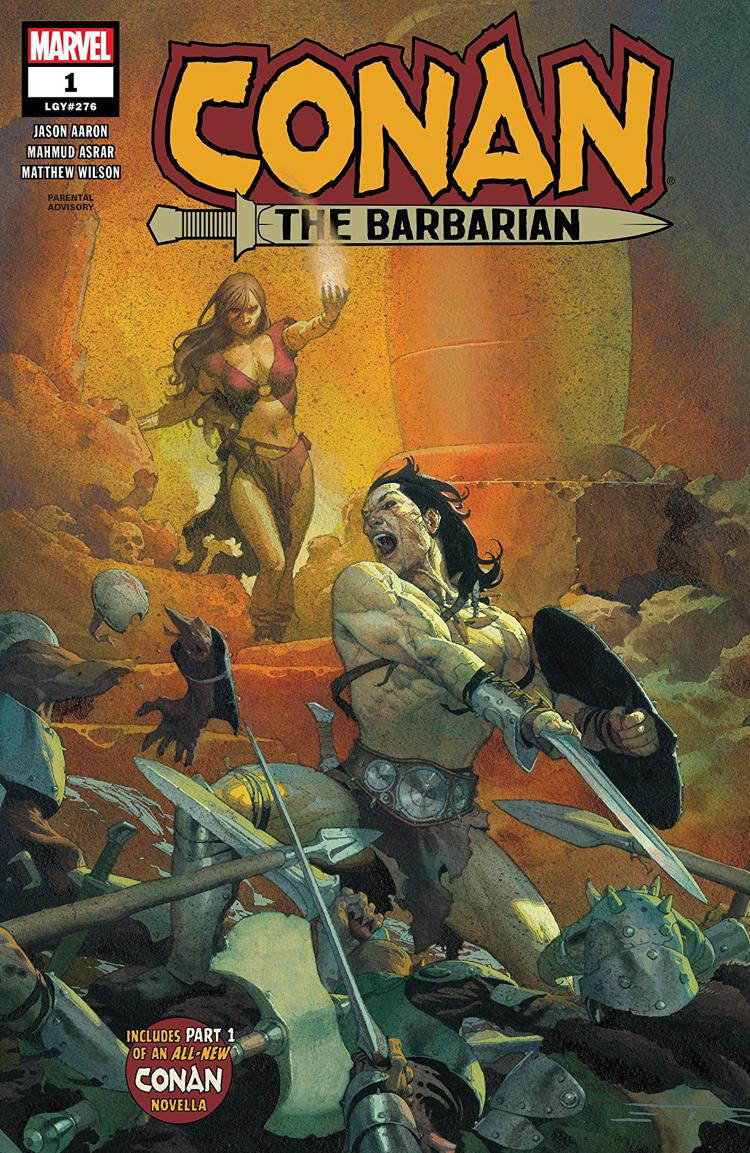 BY CROM, THE GREATEST SWORD-AND-SORCERY HERO RETURNS TO MARVEL!
From an age undreamed…hither came Conan the Cimmerian, black-haired, sullen-eyed, sword in hand, a thief, a reaver, a slayer, with gigantic melancholies and gigantic mirth, to tread the jeweled thrones of the Earth under his sandaled feet…

Robert E. Howard’s creation returns to comics, in an epic tale as only MARVEL could bring you! Conan’s travels have brought him to the far reaches of the unkown, from his birthplace in Cimmeria to the kingdom of Aquilonia and all in between. As his fighting prowess allows him to carve his way through life, so too does it attract the forces of death!

Why It’s Hot: Conan has returned to Marvel with an absolute superstar creative team, and it’s really, really good. This is one of the most anticipated comics of the year, and we are getting it two days into 2019. If this is what we can expect from the Conan line of books throughout 2019 then it’s going to be quite the year for fans of the Cimmerian. 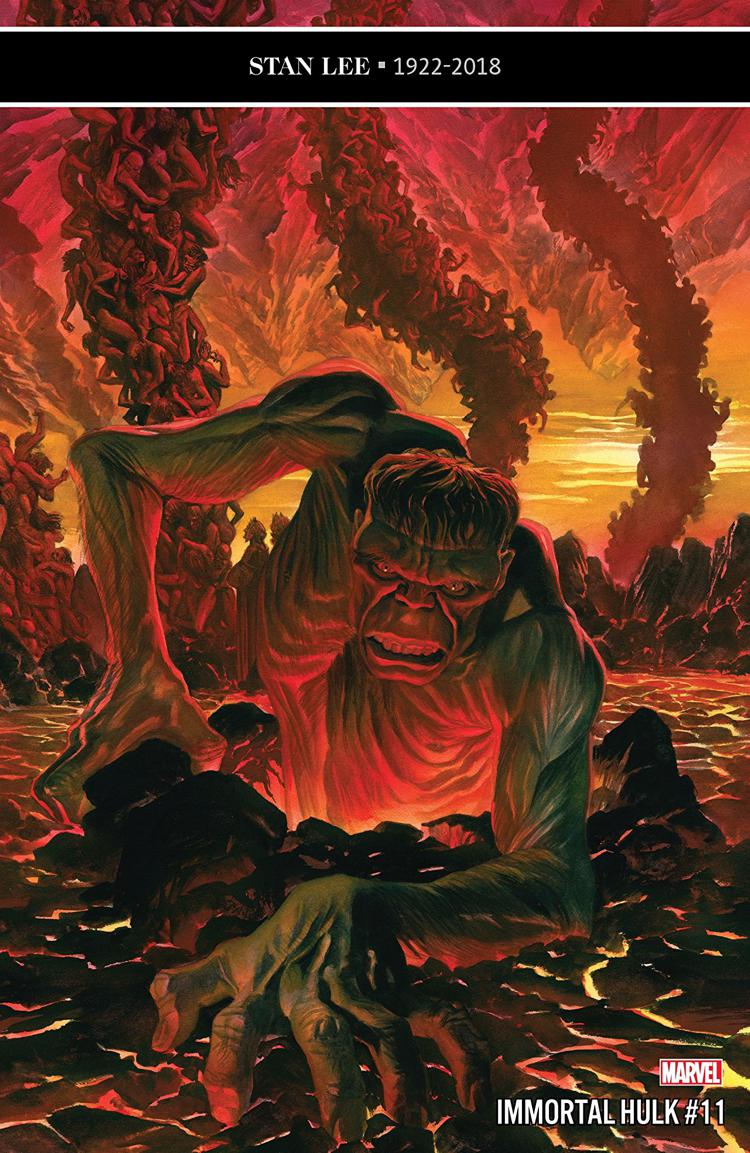 Why It’s Hot: Immortal Hulk was hands down one of the best comic books of 2018, and somehow Ewing, Bennett, and company begin 2019 with what may be their best issue yet. I only recently got caught up on this series, but I’d be remiss if I didn’t implore you not to make the same mistake I did. This is a special comic from a creative team at the top of their game. If this comic continues at this pace for a little longer we will be looking at the best Hulk run ever. I promise you that last sentence has not a single bit of hyperbole, because Immortal Hulk really is that good. 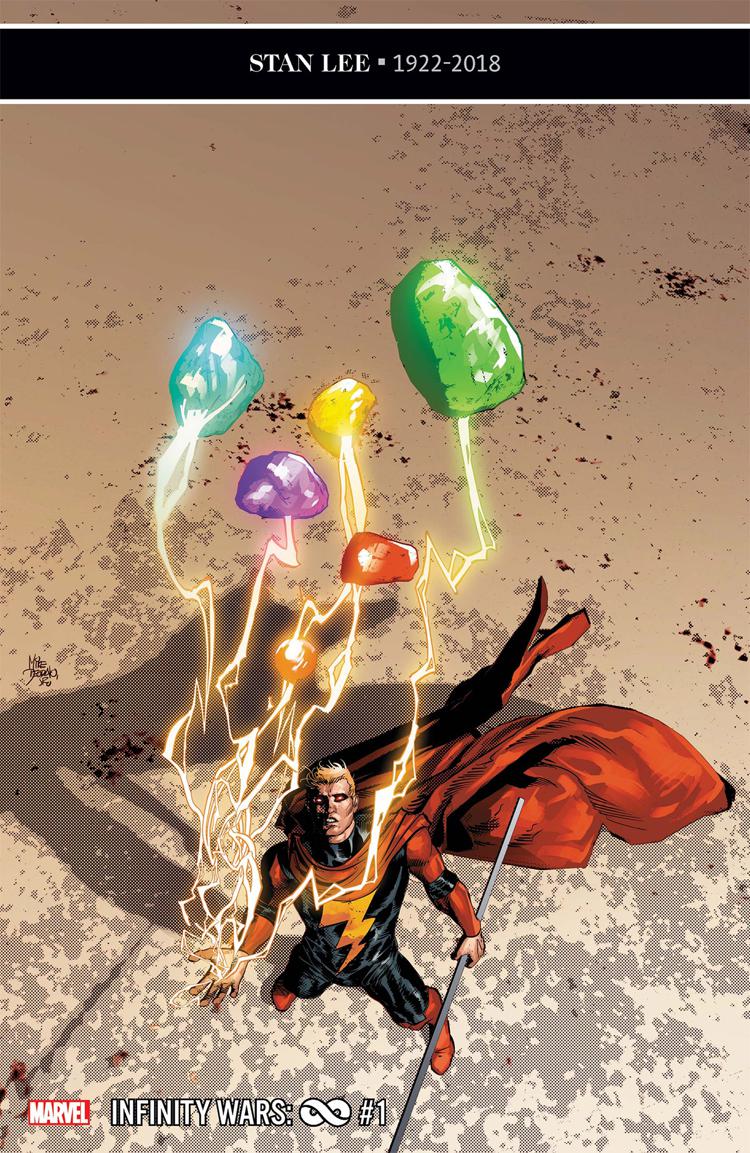 What comes AFTER infinity?

Why It’s Hot: I’ve made my love for Gerry Duggan’s Cosmic Marvel run from All New Guardians Of The Galaxy through Infinity Wars very clear over the past few years. In my opinion it’s one of the better Cosmic Marvel runs ever published. I said my goodbyes in the last Hot Five (ish) column, but I was a bit premature as a special epilogue issue is out this week. We learned a lot about the Infinity Stones over the course of Duggan’s run, but we don’t know what’s next for them. Is this where we find out? 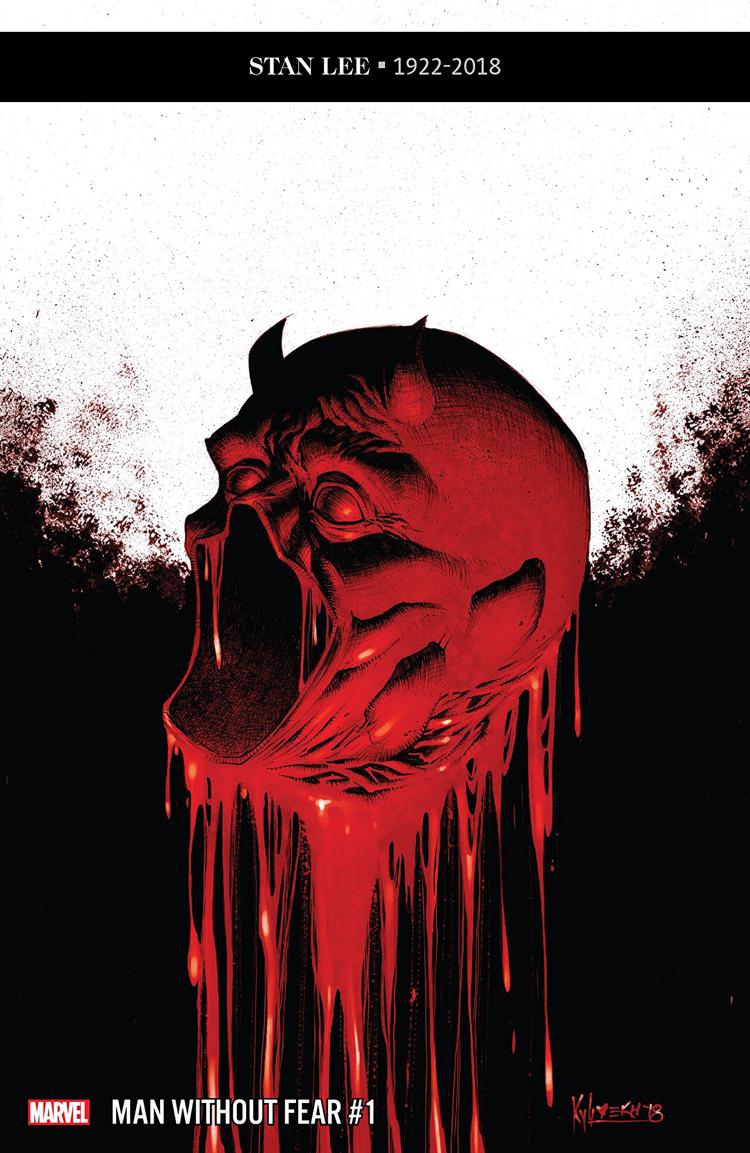 Daredevil is gone, but Hell’s Kitchen is still a place of heroes and villains. Foggy Nelson (issue #1), the Defenders (issue #2), the many loves of Matt Murdock (issue #3), the Kingpin (issue #4) and a mysterious Guardian Devil (issue #5) will all learn what it means to live in a world without a Daredevil. And without a Daredevil to protect it, has hell come for his city? Who is The Man Without Fear?!

Why It’s Hot: After the events of Charles Soule’s final Daredevil issue, the Man Without Fear is gone. Now it’s time to take a deep dive into the lives of those closest to Matt Murdock. This series has every opportunity to be a special one for fans of Daredevil and his supporting cast.

It’s a SPIDER-TACULAR adventure when Spider-Man is visited by his fellow web-slingers! What wall-crawling, web-swinging trouble will Peter Parker get into when he’s joined by Anya Corazon, Miles Morales and Spider-Gwen? Only one way to find out!

Why It’s Hot: An all ages Spider-Verse comic featuring stories with some of the most popular characters from one of the best superhero movies ever? I think that’s plenty reason enough to be included on this list, and that’s before the solid group of creators bringing us this all ages extravaganza.