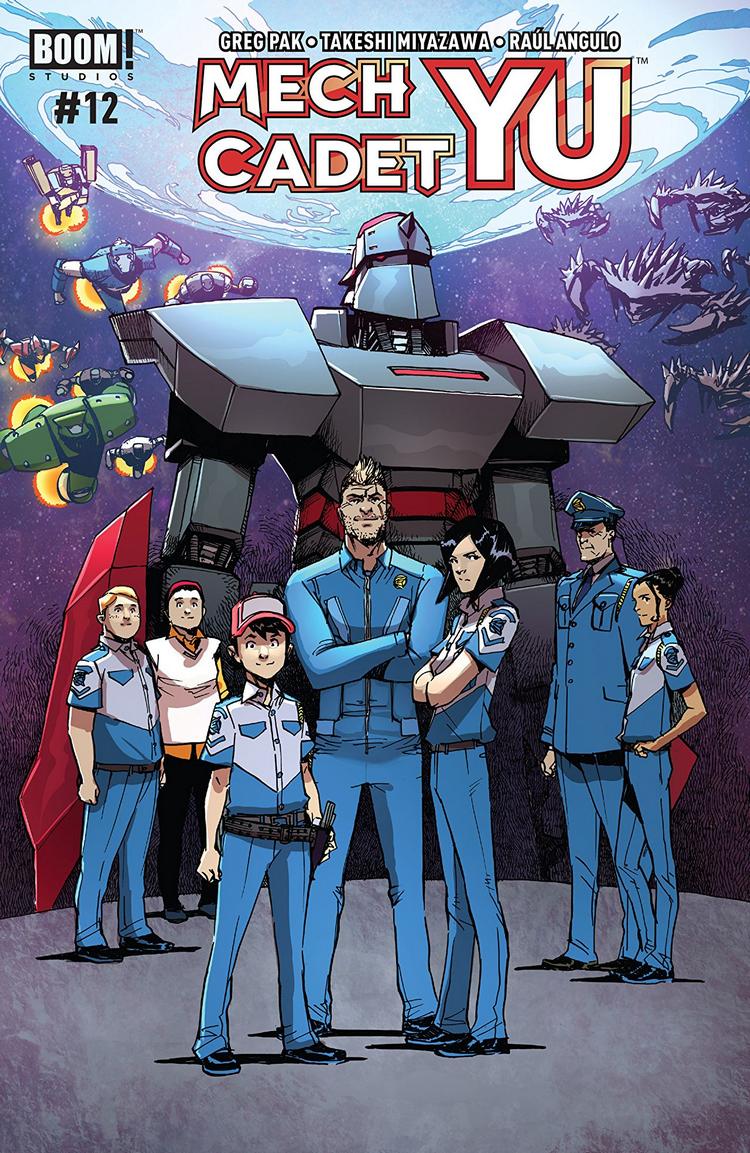 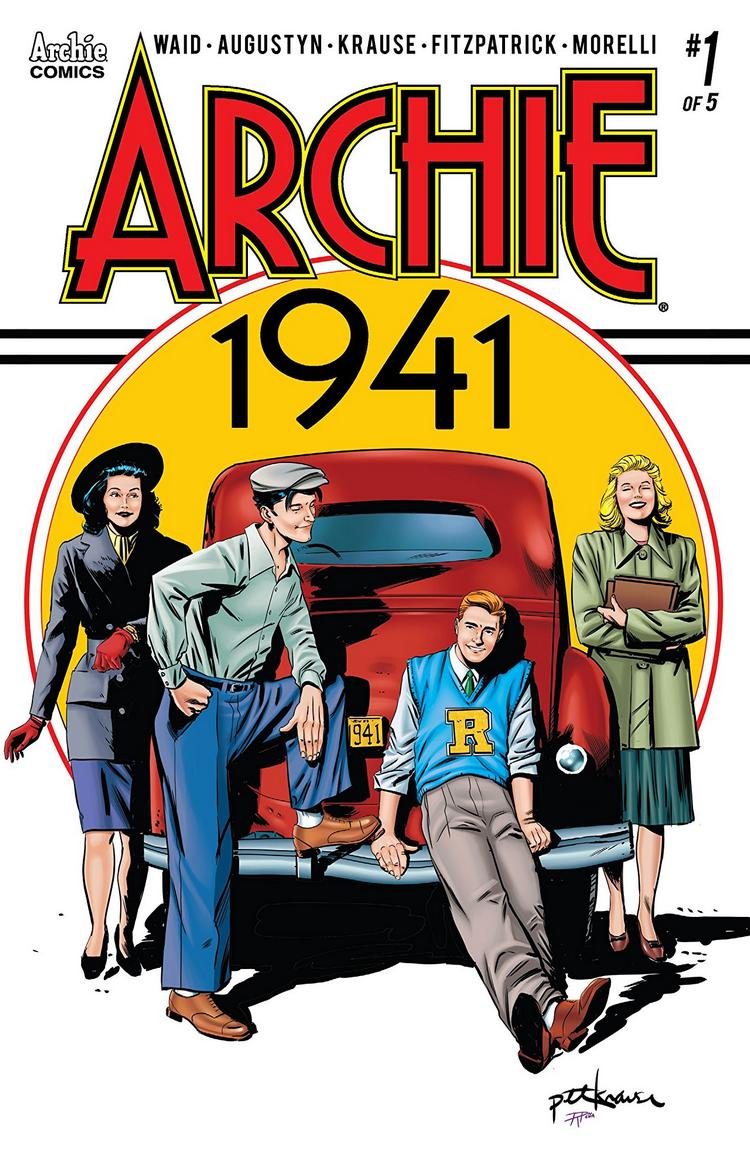 THE HISTORIC, GROUND-BREAKING MINI-SERIES STARTS HERE! Archie has been around for over 75 years and has been through many significant moments in time, but never before have we seen the characters take on real-world events as they unfold. WWII is looming and Archie and many young men from Riverdale are close to enlistment age. If you’re a Riverdale teen, how would you cope with a looming world-changing event? Join the writing team of MARK WAID and BRIAN AUGUSTYN along with artist PETER KRAUSE for the all-new mini-series that is sure to have everyone talking!

Why It’s Hot: This is just a cool concept. Instead of taking Archie and his pals into the modern day like the current ongoing series, this mini takes today’s storytelling techniques and puts the Riverdale Gang back into the time in which they first debuted. With an amazing creative team this series has potential to be one of the best projects from Archie, and that’s saying something. 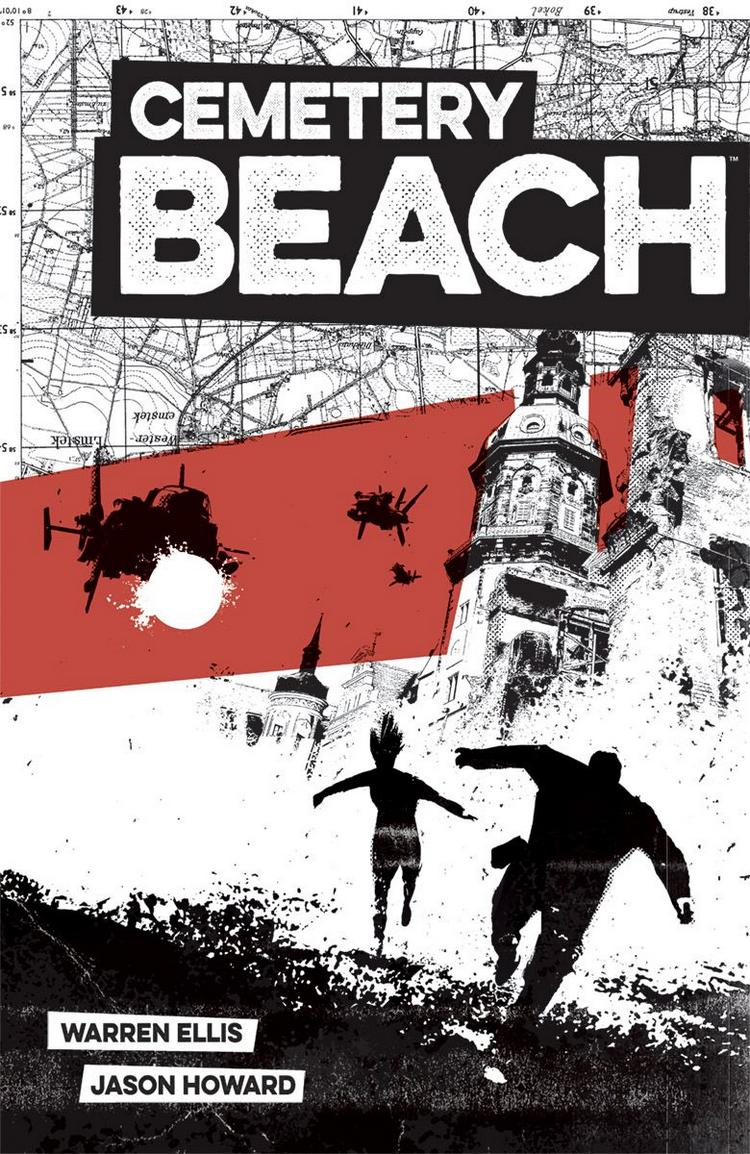 From the creators of the acclaimed TREES graphic novels, which are currently being adapted for television, comes something completely different. A professional pathfinder, his only ally a disaffected young murderess, breaks out of a torture cell in pursuit of his worst extraction scenario ever: escaping on foot across a sprawling and secret off-world colony established a hundred years ago and filled with generations of lunatics. WARREN ELLIS & JASON HOWARD ignite a high-speed new action serial.

Why It’s Hot: Warren Ellis and Jason Howard’s previous collaboration at Image, Trees, was a beautiful, critically acclaimed series. Now the duo are back with the seven part Cemetery Beach. Anytime a new Warren Ellis comic launches it’s worth checking out, as he’s one of the best to ever do this job. Add in an artist who has a proven history in creating great comics with the scribe and it’s worth getting really excited for! 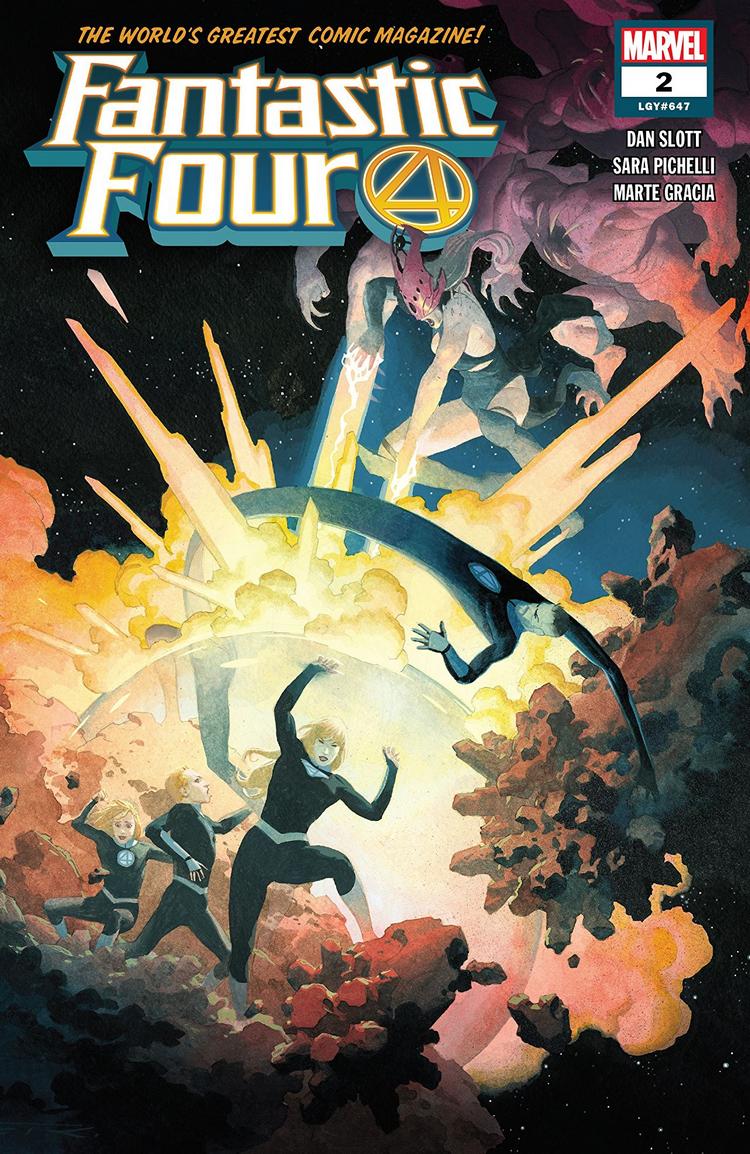 WISH YOU WERE HERE!

What have Reed, Sue and the kids been up to all this time? What adventures have they been on? What strange new friends have they found along the way? What deadly new enemies have they made? And what are Franklin and Valeria’s new codenames? All these questions will be answered… just in time for ENTIRE UNIVERSES TO DIE!

The return of Marvel’s First Family keeps getting more and more intense! Don’t you dare miss a single moment of the World’s Greatest Comic Magazine!

Why It’s Hot: The First Family is back, and it’s time to find out what Reed, Sue, Franklin, Val, and the rest of the Future Foundation have been up to since Secret Wars. This universe hopping adventure is one that will make Marvel fans everywhere quite happy, and the “World’s Greatest Comic Magazine” tagline seem just a bit less hyperbolic than before. 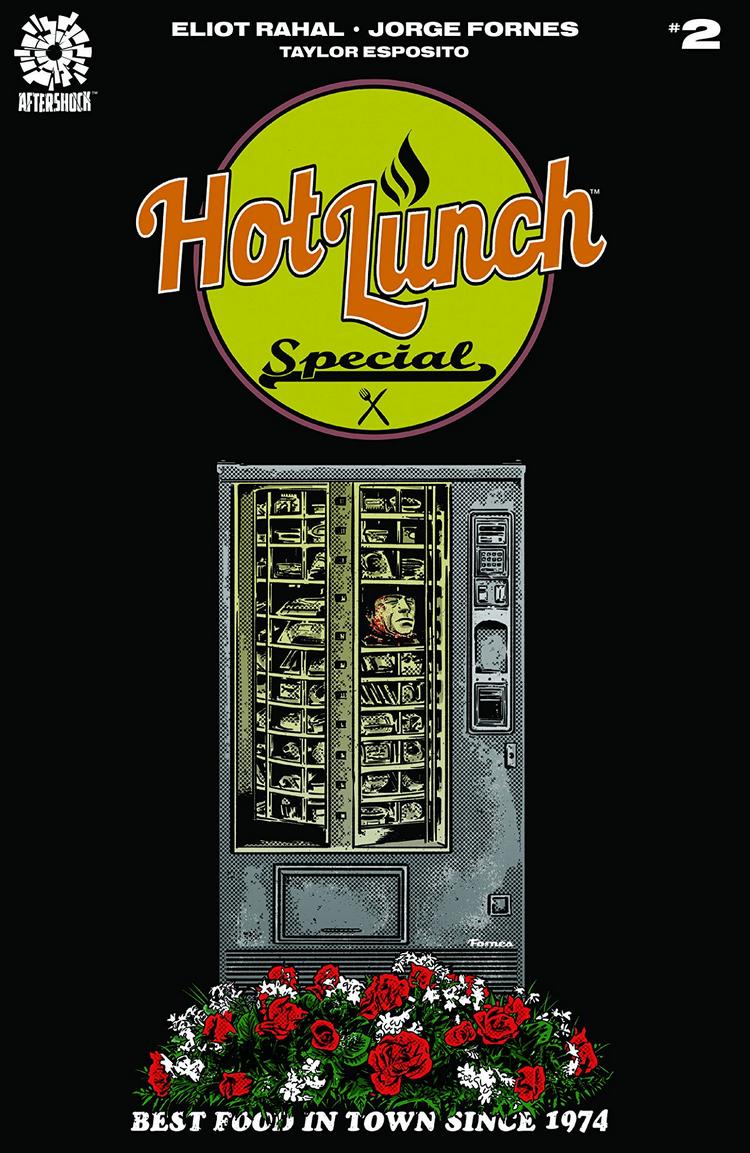 A midwestern noir series set in the harsh landscape of the northern Minnesota Iron Range-Hot Lunch Special is all about family, food and the fight for survival. Only one question is worth asking…is blood thicker than sandwiches?

Liam Moran, the son of notorious Irish Mobster “Big Jim” Moran, was only supposed to send a warning. A machine gun message to the Jordan Khoury: Pay up or pay the price. Unfortunately, things went sideways, and now…someone is dead. Broken hearts and bitter questions are left in the wake of his untimely murder. But before they can be addressed, it’s time for a fractious Khoury family funeral.

An outcast son will return home, a mother will mourn, and a guilty grieving grandfather will finally reveal his dark criminal secret.

Why It’s Hot: The first issue of Hot Lunch Special took this reader by complete surprise. It was the closest thing to Fargo that you will see in a comic book, and that is a big compliment. This midwest set caper has all the goods to be the next big crime comic, and one of the best comics period that Aftershock has ever released in the publisher’s short history. It’s not too late to get in on this series from the ground floor, and you definitely should. 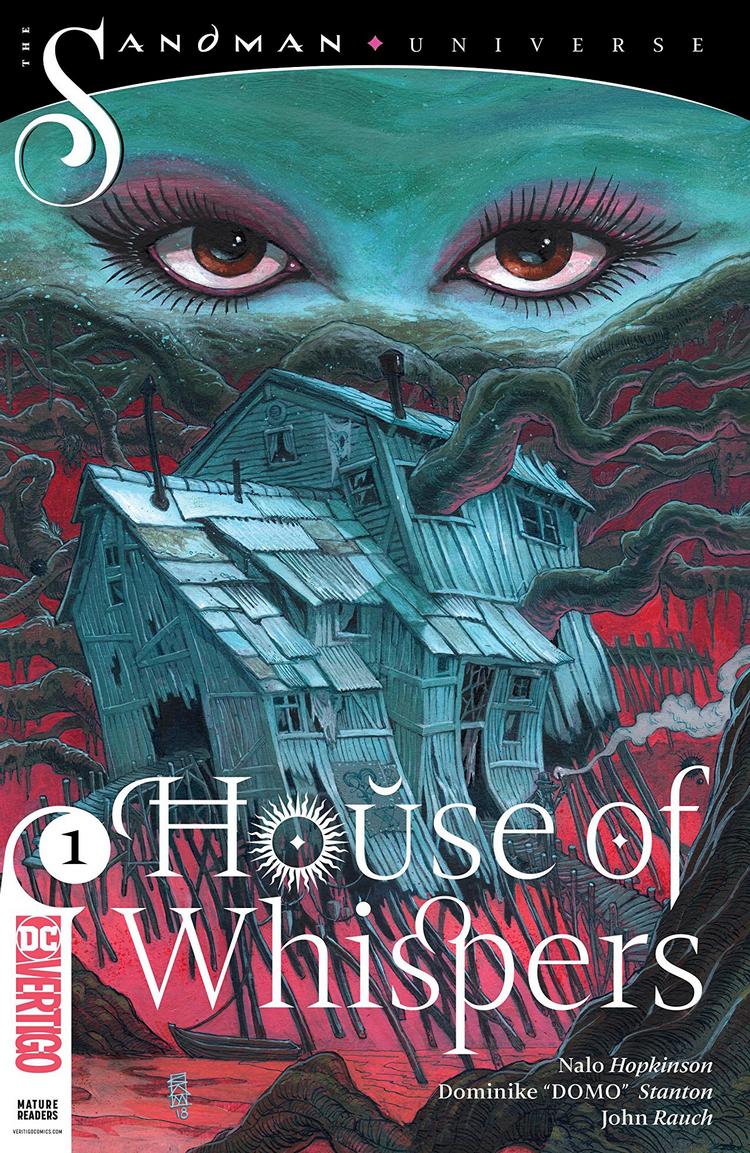 An all-new corner has been added to Neil Gaiman’s Sandman Universe!

Welcome to the House of Dahomey, the houseboat of Erzulie Fréda, where the souls of Voodoo followers go when they sleep to beseech the flirtatious and tragic goddess to grant them their hearts’ desires and counsel them on their futures and fortunes. When you arrive, you’ll find a party is in full swing, filled with all kinds of fabulous and fierce folk, while fish fry and music blasts.

From her bayou, Erzulie scries upon the mortal realm and sees four human girls open a mysterious and magical journal filled with whispers and rumors that, if they spread, could cause a pandemic unlike any the Earth has seen, with the power to release Sopona, the loa lord of infectious disease and cousin to Erzulie, who is currently banned from the human plane.

But even the fearsome Erzulie cannot be of assistance when her dream river turns tumultuous, tossing her house from her realm and into another…

Why It’s Hot: Critically acclaimed author Nalo Hopkinson makes her ongoing comic book debut alongside artist Domo Stanton in a comic that introduces a brand new side of The Sandman Universe. In a big picture sort of way this could easily be the biggest comic launch of the month. There is so much to like about this one, and hopefully you’ll agree when you read it at some point this week. 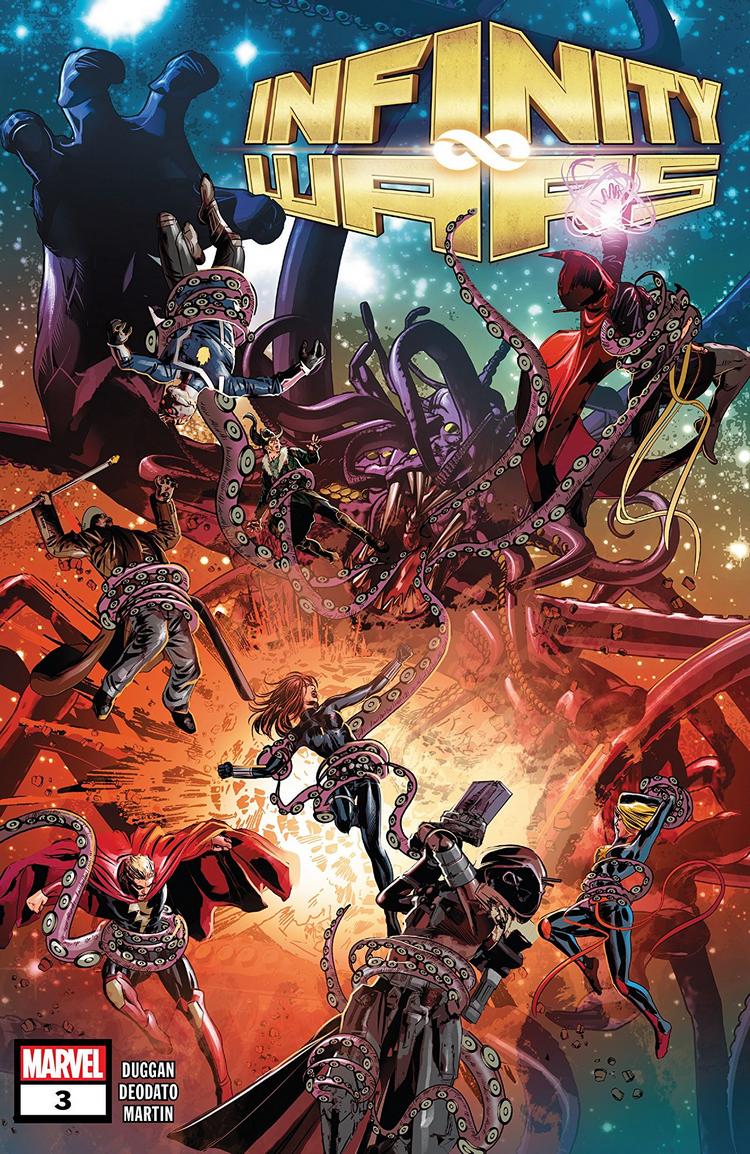 WHO ARE THE INFINITY WARPS?

With Requiem tearing through the Marvel Universe, Loki whispering around its fringes and a new threat looming to devour everything, the very fabric of reality warps around the heroes of Earth… and the only way through winds through infinity itself!

Why It’s Hot: Marvel has been pushing the Infinity Warps concept pretty hard on social media over the last month or two. Now you will find out the who, what, where, and why of this latest mashup concept. You can expect some surprises on top of the Warps we’ve already seen, and a surprising character left standing to save the world as we know it. Get excited, as the one of the best cosmic Marvel run in years inches closer and closer to its conclusion.

Stanford and the other cadets will rely on all their training to try and save the world in the final issue of the critically acclaimed, fan-favorite series.

Why It’s Hot: This series wasn’t originally meant this long, but the story Pak, Miyazawa, and the rest of the team were telling captivated readers enough for BOOM! to extend the seriesmbeyond the original minseries. Sadly, it’s time to say goodbye to this critically acclaimed series, but the creative looks to go out strong. I’m not going to suggest jumping on board for this final issue, but if you haven’t been reading this series make sure to check it out in collected form. Who knows? If the book finds an audience in collected form maybe we can see more of these characters in the future. That’s if the kids can save the world of course. 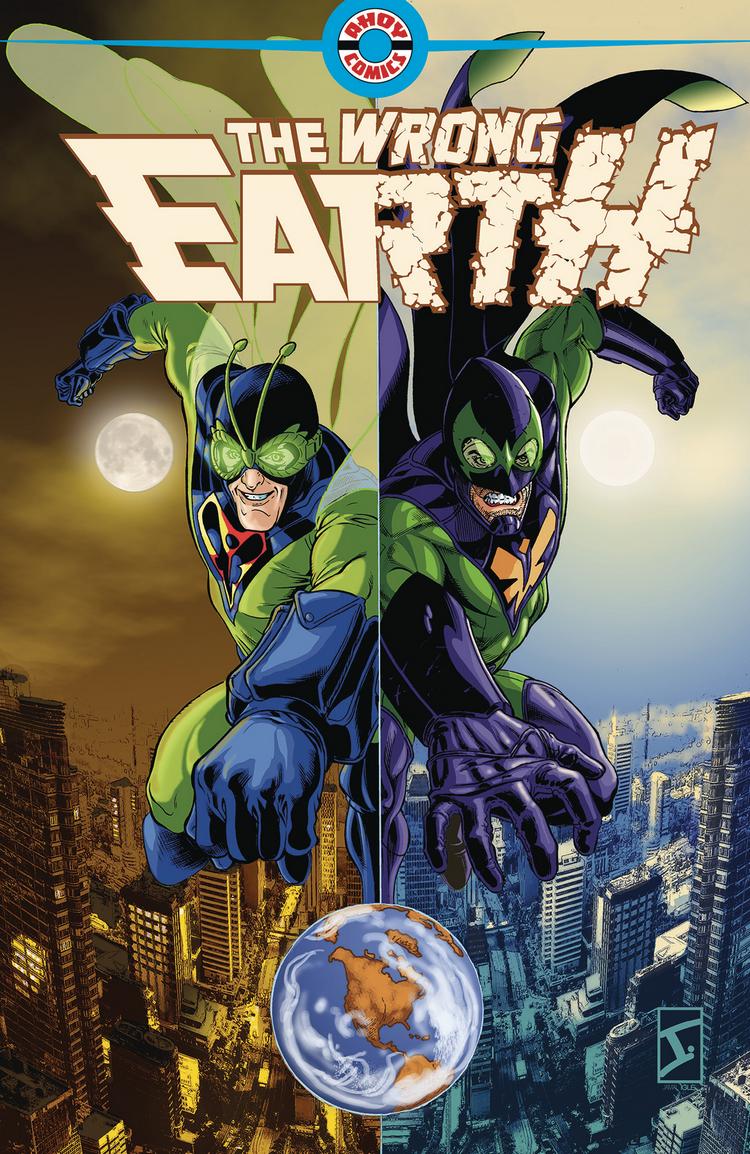 AHOY Comics launches with a biting superhero satire! On one world, Dragonflyman and his sidekick Stinger enjoy a life of adventure. On another Earth, the Dragonfly hunts criminal parasites like a lethal exterminator. But what happens when these two heroes change places? By Tom Peyer (Captain Kid, Hourman) and Jamal Igle (Black, Supergirl)! And, a “Golden Age” Stinger solo story, by Paul Constant and Frank Cammuso! Plus: An all-new text story by comics legend Grant Morrison: “‘Hud’ Hornet’s Holiday In Hell,” illustrated by Rob Steen! All this plus a cartoon by Shannon Wheeler!

Why It’s Hot: The concept is interesting, and the creative team is stacked, but the biggest part of the debut issue of The Wrong Earth is that is the launch of a new publisher. Ahoy Comics is making their debut this week, and this may be the biggest publisher launch since Aftershock a few years back. Check out their first wave of launches this month, and decide for yourself just how big of a development this is.