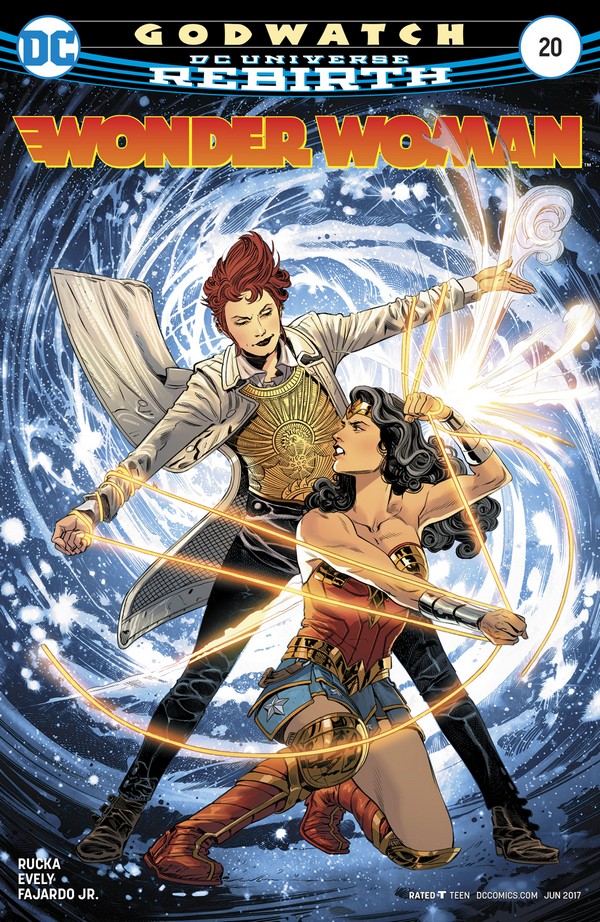 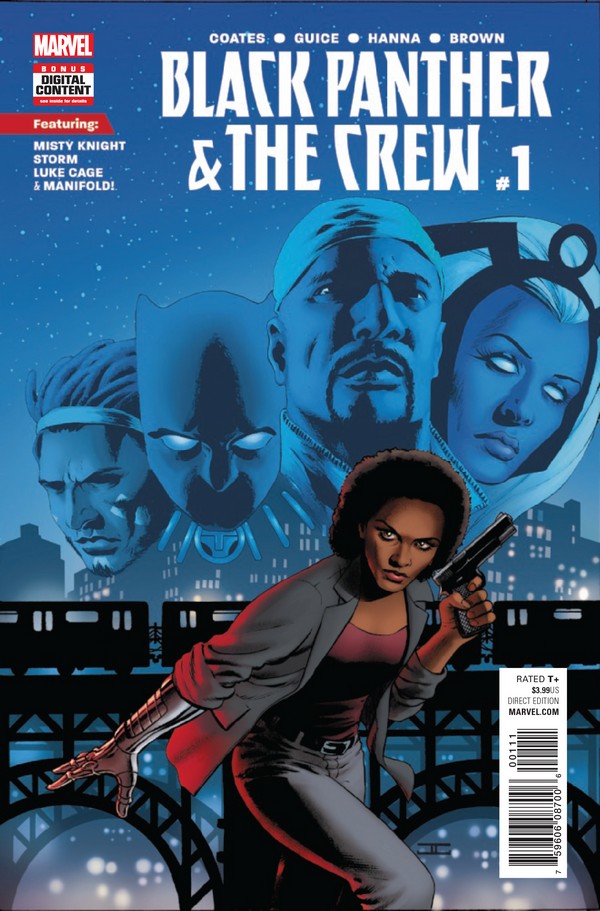 Black Panther, Storm, Luke Cage, Misty Knight and Manifold band together to take on a dangerous wave of street-level threats in this new ongoing series by co-writers Ta-Nehisi Coates (New York Times best-selling author of Between the World and Me and Marvel’s Black Panther) and Yona Harvey (Black Panther: World of Wakanda) and legendary artist Butch Guice!

Why It’s Hot: An awesome creative team is taking on an awesome group of characters in what should be an (wait for it…) awesome comic book. After showing the world he can write a darn good comic with his current run of Black Panther, Ta-Nehisi Coates is taking it to the next level with a team book. Considering the level of talent involved here, I have a feeling it won’t be a problem for the acclaimed writer. 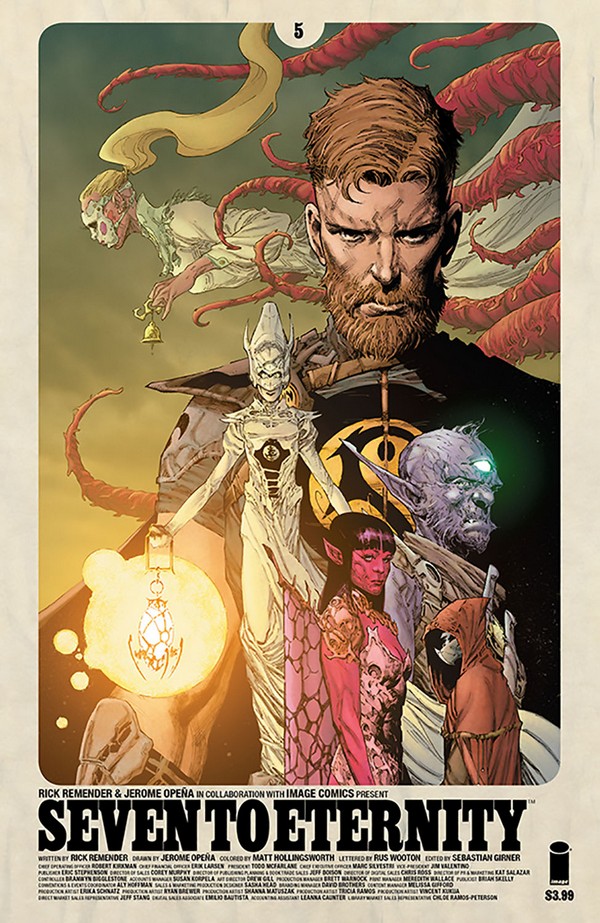 Adam Osidis and the Mosak come to a crossroads. The choices they make here will echo throughout the lands of Zhal for all eternity.

Why It’s Hot: Seven To Eternity is back with a new story arc. Remender and Opena have proven to be one of comics’ premiere creative teams over the past decade, and their newest collaboration is just more proof. If you haven’t had the chance to get into their awesome science fiction fantasy western, now is the perfect opportunity. This is just another real good comic book from these guys. 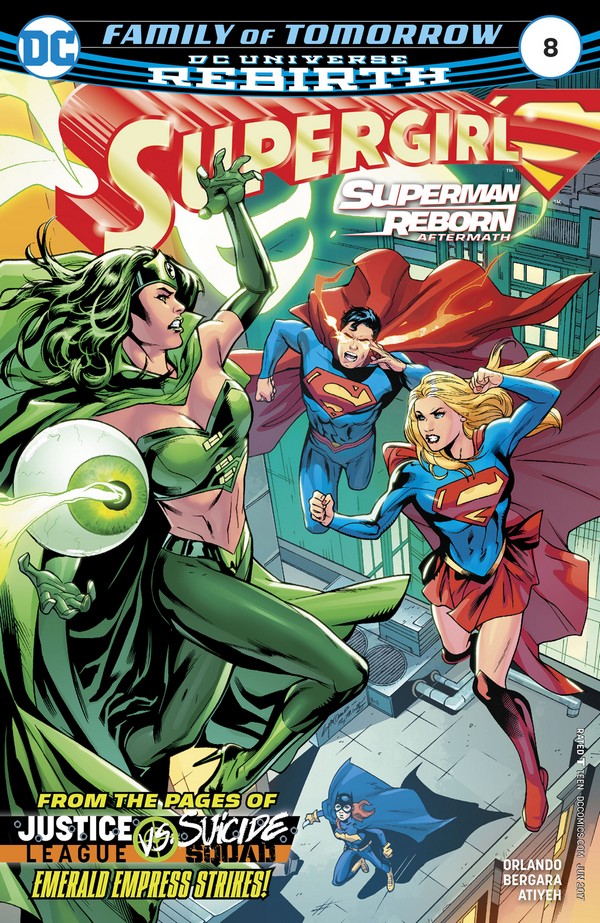 A “Superman Reborn Aftermath” tie-in! Superman and Supergirl meet again for the first time to face the evil of the Emerald Empress! Plus, what does it mean for the Girl of Tomorrow when tomorrow promises a Dark Knight? Shocking revelations, all-powerful sorceresses from the future, the Batgirl of Burnside and dinner in the Wild West-they’re all here in this amazing issue!

Why It’s Hot: Not only is this a “Superman Reborn Aftermath” tie-in, but also a Justice League vs. Suicide Squad one, as the Emerald Empress makes her way over to cause problems for Supergirl. Not only that, but Batgirl is also involved. Considering what we know about Emerald Empress, and the mysterious inmate at Arkham Asylum, could this be where we start to see more information about Saturn Girl, and The Legion Of Superheroes?

“Godwatch” part three! Cale launches a desperate gambit to take control of Godwatch, but her plan hinges on two factors she cannot control: the witch Circe, and Wonder Woman!

Why It’s Hot: In this day and age of constant launches and relaunches sometimes the Hot Five doesn’t pay enough attention to some of the titles that are constantly great each and every month (or every two weeks). What Greg Rucka has been able to do on Wonder Woman has been nothing short of spectacular. Even with two issues a month, multiple artists, and multiple stories the book is constantly one of the best. Sometimes you just have to sit back and appreciate what you have, and I sure do appreciate Rucka’s Wonder Woman. 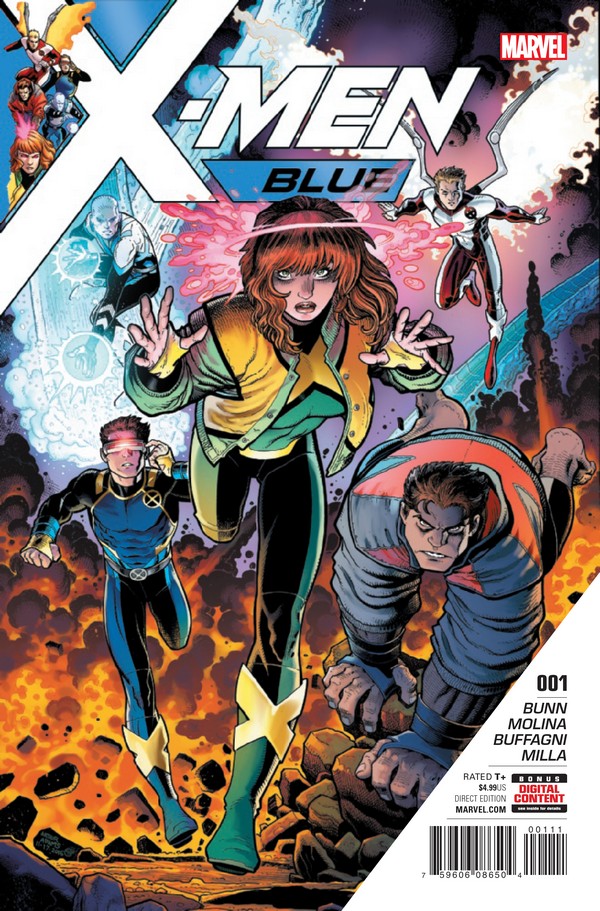 Join MARVEL GIRL, CYCLOPS, BEAST, ICEMAN and ANGEL as they reclaim the title of X-MEN. After the world-shaking events of IVX, the original five X-Men are here to bring mutant criminals to justice and restore a heroic sheen to their team. But with a new leader in JEAN GREY and a new mentor in their “arch-frenemy” MAGNETO, will old rivalries and new conflicts tear these heroes apart?

Why It’s Hot: Last week’s X-Men Gold was enough to get this long time X-Men fan excited for the “Resurrxion” of the franchise, with its back to basics approach to everyone’s favorite mutants. Now this week sees the launch of the otherside of the equation, as Cullen Bunn, Jorge Molina, and Matteo Buffagni launch X-Men Blue featuring the Original Five and Magneto. From everything we’ve seen this looks to be another love letter to the franchise, and that includes a few classic X-Men villains. We know that Bunn can write a X-title, as his runs on Magneto, and Uncanny X-Men have shown. The only question is, just how good will this be?