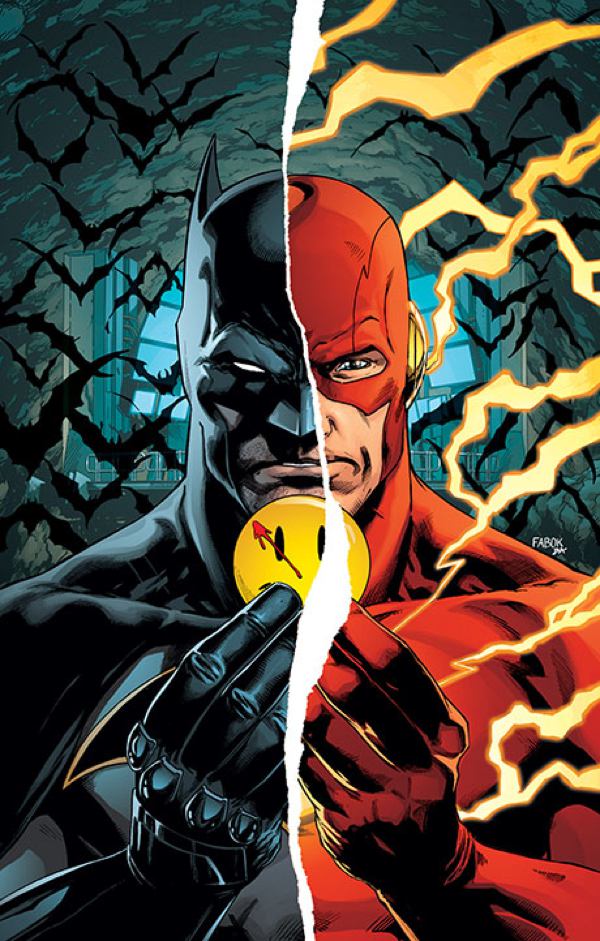 Before we get started this week let me address the elephant in the room. You may notice that a certain event comic is missing from this column. That was a decision made above my pay grade, and I’ll leave any further explanation to Aaron if he chooses to provide one. While I think that series will fit the definition of “HOT” throughout the Summer I understand the choice that was made. I can tell you that the decision wasn’t an easy one, and it wasn’t made lightly.

Even without that series there are so many amazing comic books out there for you to choose from each week. With that in mind, I will continue my work of making your comic book purchasing just a bit easier every week.

In fact, Hot Five will use this as an opportunity to shed some light on one “Hidden Gem” each week. This extra feature will focus on a comic from a publisher outside of the “Big 3” that either looks great, or deserves some love. This will be an additional entry, so don’t be alarmed when you see six entries for the rest of the summer. Without further delay it’s time to get started, as we begin with a pair of big time issues from the Bat Family of books. 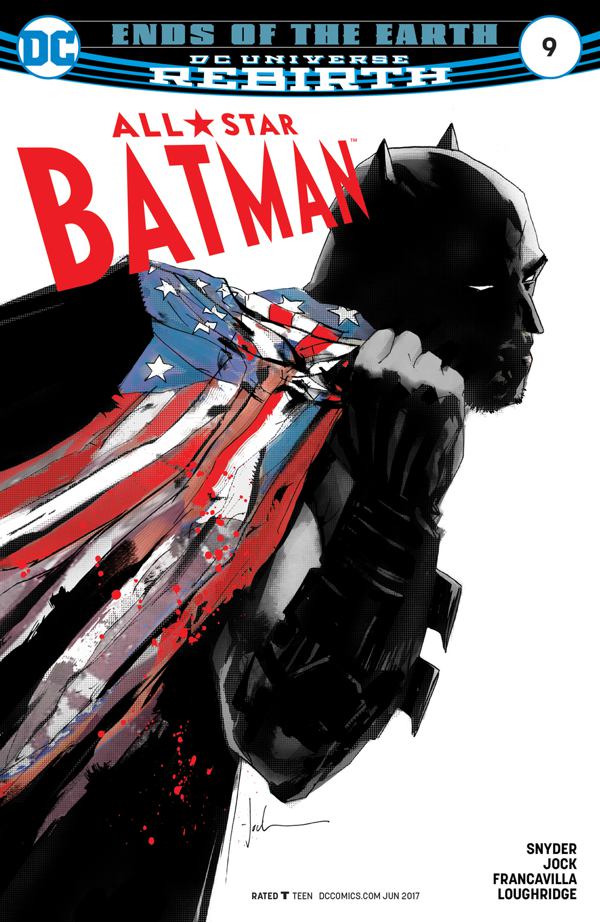 “Ends of the Earth” finale! It all comes down to this. After months of searching, Batman has found the mastermind behind the blight sweeping the planet, and must face off against one of his most dangerous villains in a battle of wills for the fate of the Earth.

Why It’s Hot: Batman, Scott Snyder, Jock, and Francesco Francavilla. Writing anything else would just be a waste of space.

“THE BUTTON” part one! The cataclysmic events of DC UNIVERSE: REBIRTH #1 continue here! The Dark Knight and The Fastest Man Alive, the two greatest detectives on any world, unite to explore the mystery behind a certain blood-stained smiley button embedded in the Batcave wall. What starts as a simple investigation turns deadly when the secrets of the button prove irresistible to an unwelcome third party-and it’s not who anyone suspects! It’s a mystery woven through time, and the ticking clock starts here!

Why It’s Hot: The most important story of the Rebirth era begins here! The crossover that will run through the pages of Batman and The Flash kicks off with the superstar creative team of Tom King and Jason Fabok. Batman, Flash, Watchmen, Rebirth, and the absolute beatnik creative teams around make The Button one of the year’s most anticipated stories. If you even a remotely a fan of DC Comics you NEED to pick this book up. 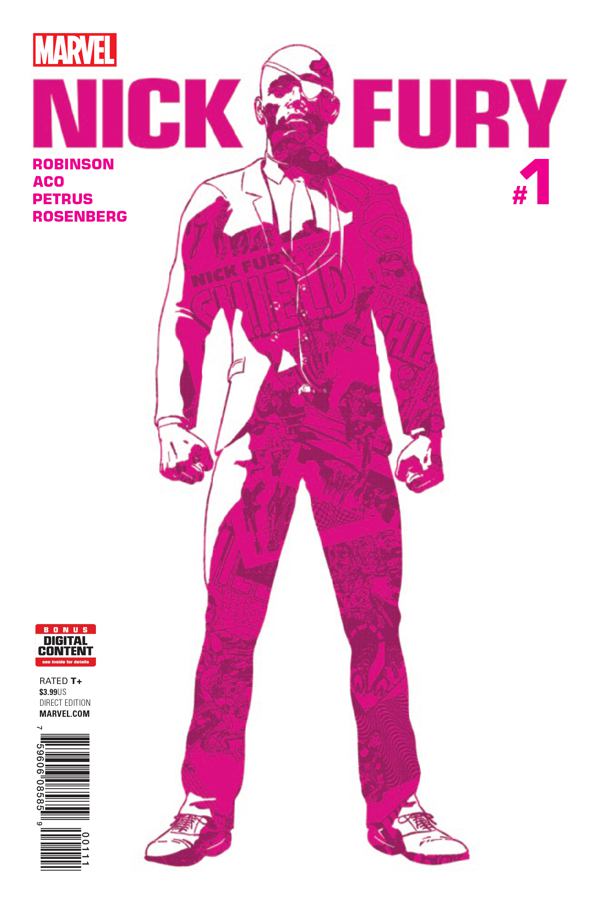 The world is a dangerous place.  And there’s danger in drawing attention to your plans. When S.H.I.E.L.D. needs a lone agent to infiltrate, capture and remain anonymous, there’s no one better than NICK FURY.  An all-new era for the superspy begins here, as Fury is sent on a top-secret mission to the French Riviera.  He’ll need to outmaneuver the enemy as the complex dance of espionage begins, but will he meet his match in the mysterious FRANKIE NOBLE?  Grab the edge of your seat and don’t let go – this caper’s just getting started!

Why It’s Hot: Nick Fury Jr. is finally getting his own series courtesy of the great James Robinson (Starman) and the stunning ACO. From all the preview pages this comic looks like a throwback to the old Steranko Nick Fury books with the spycraft and highly inventive art. That is a lot to live up to, but it looks like this creative team is up for the challenge.  If you don’t believe me go look at the preview pages. The art from ACO and the rest of the team is just mindblowing. This book hasn’t been getting the hype it deserves, but I have a feeling it’s going to be impressive. 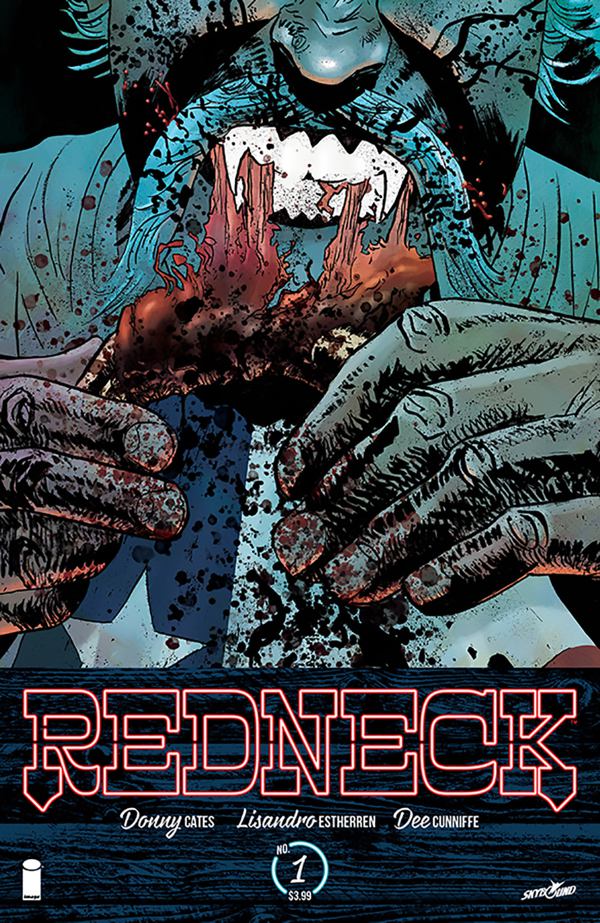 SERIES PREMIERE
The Bowmans are VAMPIRES who have quietly run the local barbecue joint in their small town for years, living off cow’s blood. Their peaceful coexistence ends as generations of hate, fear, and bad blood bubble to the surface–making it impossible to separate man from monster!

Critically acclaimed writer DONNY CATES (GOD COUNTRY) and artist LISANDRO ESTHERREN serve up the tale of a DIFFERENT kind of family just trying to get by, deep in the heart of Texas.

Why It’s Hot: Between the debut of Redneck and a new issue or God Country this is a pretty good week to be a Donny Cates fan. There’s a reason why he is one of the hottest up and coming creators around, and this new book looks to cement his status as a future superstar. I feel confident saying this will be worth your while, because everything the man writes has been. The art team of Lisandro Estherren and Dee Cunniffe are a perfect fit for the southern horror you’ll find between the covers. If you’re a fan of vampires, and comics like Southern Bastards then you will want to buy this comic. 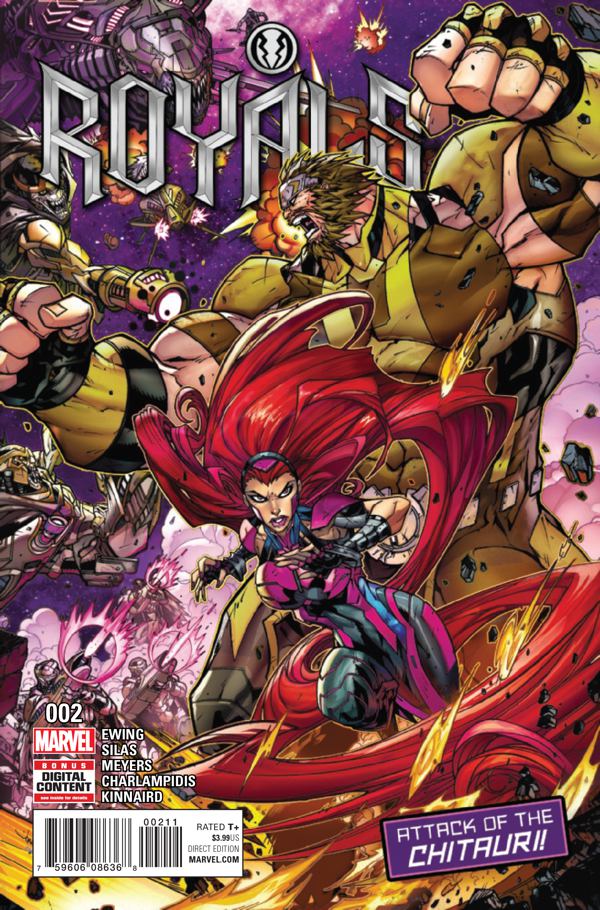 • The Inhuman Royal Family heads out of the Solar System – and into the oncoming Chitauri Invasion of Earth!
•  As the most merciless creatures in known space try to tear the ship – and the crew – apart…
•  …Black Bolt reveals a shocking secret that could end their mission before it even starts.

Why It’s Hot: Al Ewing is arguably the best writer on the Marvel roster right now. Literally everything he has written for Marvel has been both amazing, and criminally underrated. He looks to change the latter, as elevating the Inhumans through Royals is his chance to be recognized as a premiere creator. If Marvel keeps its promise, and waits two years for the next universe wide event, I would put my money on it being spearheaded by Al Ewing. I expect Royals to be another notch in his belt of awesomeness, as the first issue showed that he is going to go big and wild with his ideas for the Inhuman Royal Family. Now that the mission to find out the secret of Terrigenesis has begun, things are about to get crazy in the depths of space. First stop? That Chitauri invasion that we keep hearing about in a bunch of Marvel comics over the past few months. The dynamic art of Meyers makes the thought of the Inhumans vs. Chitauri battle all the more salivating. Not to mention the fallout from that big twist ending will be fascinating to see unfold. There has never been a better time to be a fan of the Inhumans. 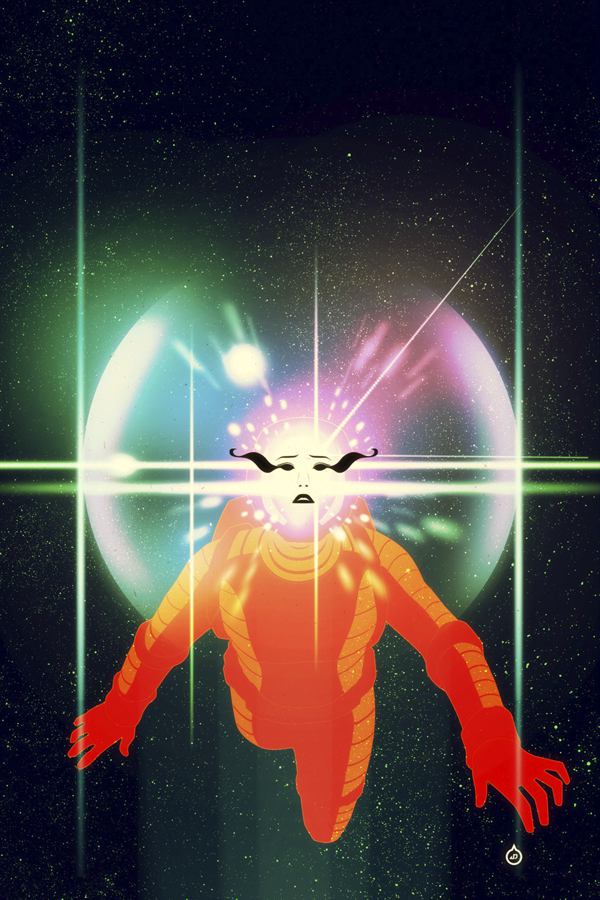 NEW SERIES! Meet Sarah, an astronaut traveling from dead planet to dead planet, talking to the ghosts of the dead worlds… as she fights to discover the secret that’s killing the universe.  But Death doesn’t give up its secrets so easily, and as Death hunts her from planet to planet, Sarah struggles to maintain the trust of her crew and her own sanity in the endless ocean of lives. Every world has a story, and if she can find the secret tying them all together, she can save Earth from being the next world to die. From GROOT and THE JIMMY KIMMEL SHOW writer Jeff Loveness and AMERICAN MONSTER, ANIMOSITY: THE RISE artist Juan Doe, comes the chilling, epic new series that will be sure to appeal to fans of THE ARRIVAL, INTERSTELLAR, and THE EXPANSE.

Why It’s Shiny: Here at the Hot Five we haven’t given Aftershock Comics nearly enough coverage. The new(ish) publisher has teamed with some of the great creators of this generation to bring exciting new series to the market.The fact that a new series from the publisher launches the week we start the “Hidden Gem” is perfect. What makes it even better is that World Reader looks like an awesome new science fiction comic. The creators have solid credentials, as Doe’s work at Aftershock alone has been great, and Loveness has produced solid  comics over the past few years at Marvel. When you’re browsing the racks this week make sure to give this book a look, and tell them the Comicosity Hot Five sent you (Okay, you don’t actually have to tell the book I sent you).