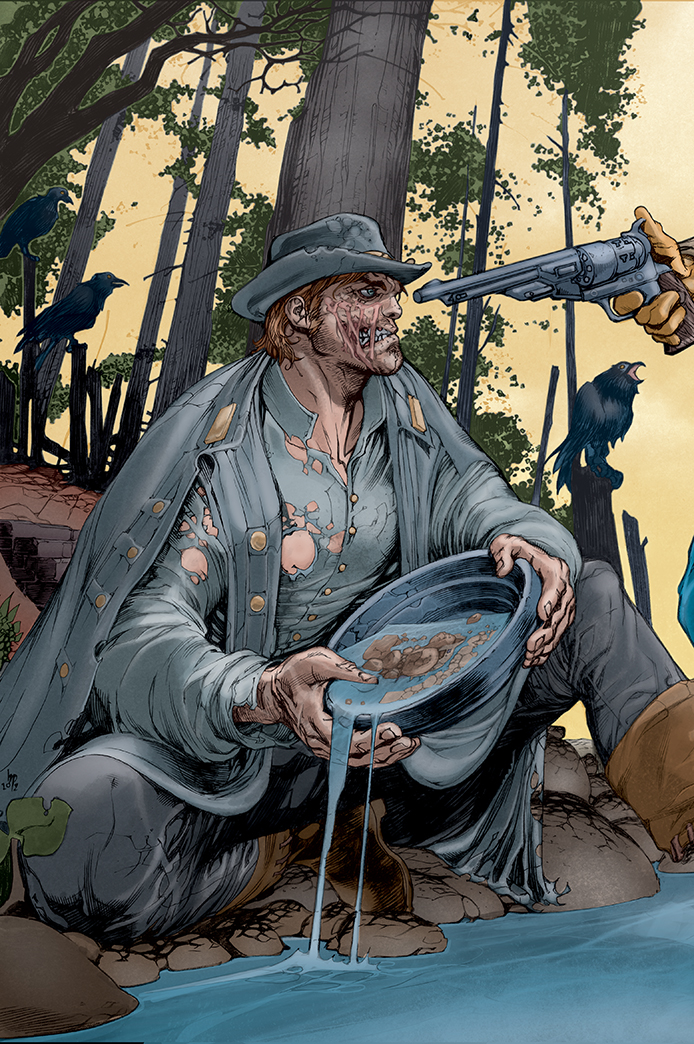 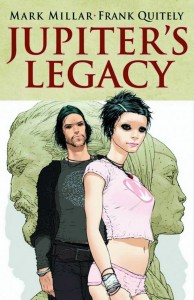 The comic-book event of 2013 finally arrives as superstar creators MARK MILLER and FRANK QUIETLY give us the superhero epic that all future comics will be measured by. The world’s greatest heroes have grown old and their legacy is a poisonous one to the children who will never live up to their remarkable parents. Unmissable.

Why It’s Hot: It’s been over a decade since we’ve seen the team of Millar and Quitely on The Authority, so we’re long overdue for all the unbelievable goodness this team has to offer. Millar has been on a roll the last few years with several mega-hits like Superior, Nemesis and Kick-Ass, and no one does super-heroes like Quitely as evidenced by All-Star Superman and Flex Mentallo. Surefire hit right here. 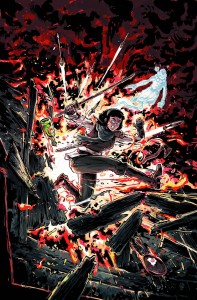 The kingdom of Naamaron is bitterly divided into warring factions: the low-tech Purifiers and the high-tech Modifiers. Both fear the great vizier’s deadliest assassin, Amala. But for all her lethal skills, Amala’s drawing too much attention for the vizier’s taste. So what better way to deal with a troublesome cutthroat than to send her on a suicide mission?

Why It’s Hot: New female lead? Dystopian future? Hardcore action? Check, check and check. Don’t miss this mini-series debut if you love any of the above, not to mention a sense of fun and adventure! 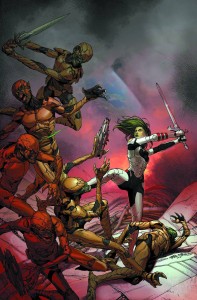 GUARDIANS OF THE GALAXY #2
Written by Brian Michael Bendis
Art by Steve McNiven and Sara Pichelli
Published by Marvel Comics — $3.99

While London deals with the brutal Badoon invasion, the fate of the Guardians of the Galaxy may have been decided millions of miles away.

Why It’s Hot: With a movie on the horizon and Brian Michael Bendis on the writing duties, we all knew Guardians of the Galaxy would attract attention, but no one predicted the success this title experienced last month. D-list characters no more, The Guardians are destined to be hitting this Hot List more and more in the months to come. 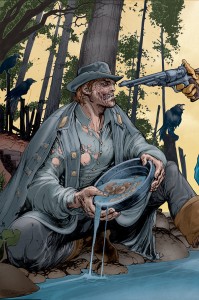 What type of gold means certain death for Jonah Hex?

Why It’s Hot: Two words: Booster Gold. In the craziest team-up yet, it’s Jonah Hex and the Greatest Hero He’s Never Heard of, and time is bound to get turned upside down! We’ve been waiting for Booster’s return for months, and if you haven’t found a reason to check out All-Star Western yet, now is the time. This is DC’s #1 most underrated book, and deserves all your attention! 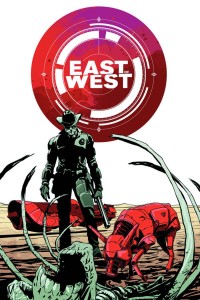 “SONS OF PROPHECY”
Following the high crimes in the debut issue of EAST OF WEST, the fallout spreads across the broken nations of America. Forces align to stave off the apocalypse, while equally powerful ones do everything they can to bring it to pass.

One of the most exciting new books of the year, this is EAST OF WEST, a brand new, ongoing, monthly comic from the award-winning team of Marvel’s FF, JONATHAN HICKMAN and NICK DRAGOTTA.

Why It’s Hot: Yet another #2 of a title that took the entire comic market by storm last month. Hickman’s been a hot property for years, but East of West has set him ablaze. If you haven’t checked this book out yet, read our review of #1 and run to the comic shop NOW!