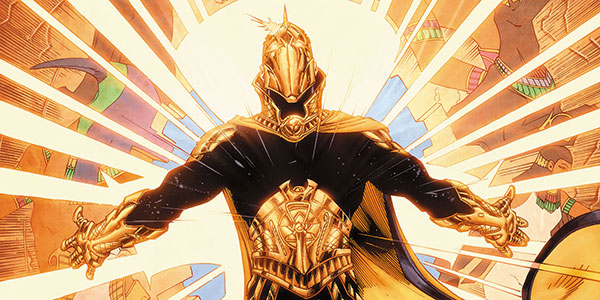 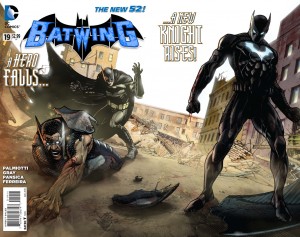 Batwing quits-and what new member of the Batman family is ready to take his place?

Why It’s Hot: The Bat-Family is full of questions these days… who will be the Batman of Earth 2? The Batgirl Beyond? The next Robin? But who will be donning the armor of Batwing next is the first to be answered… this week! Check out our interview with writers Jimmy Palmiotti and Justin Gray, or our Read Between the Lines column, to see what the odds are for the next member of the Bat-family to lead an ongoing series! 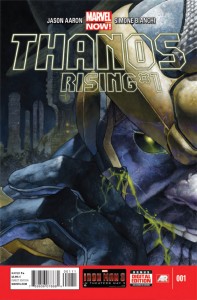 What comes after “Marvel NOW!”? Whatever it is, it starts HERE. The vile face left movie audiences in shock after last summer’s Marvel Studios’ “The Avengers” movie, but who is this eerily disturbing villain? Thanos rises as the unrivaled rogue of wretchedness in this gripping tale of tragedy, deceit and destiny. Where did this demi-god of death and destruction come from and…more importantly what does he want? The answers come from the incredible creative team of Jason Aaron (Wolverine, X-Men Origins) and Simone Bianchi (Wolverine, Astonishing X-Men) as they take you on journey that will not only change the course of one boy’s life…but will soon change the very nature of the Marvel Universe.

Why It’s Hot: Ever since last year’s mega-hit Avengers movie, we’ve known something big was percolating with Thanos, and it begins with this comic. The whole of the Marvel Universe seems to be going cosmic, and this is a great place to get in on the action. 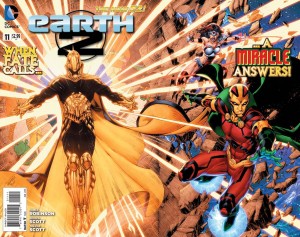 As Dr. Fate emerges as the latest hero on Earth 2, what other heroes make a most unexpected appearance?

Why It’s Hot: We’ve thrilled to the reintroductions James Robinson has provided in the ongoing alternate earth title, and here comes yet another big one — Mr. Miracle and Big Barda come crashing into the lives of the future Justice Society. And what does this mean for the ultimate match-up between two worlds? With Orion and Darkseid already making their presences known across the multiversal pond, it seems we’ve got a whole lot of New Gods goodness coming our way! 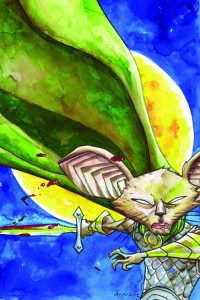 “A DANGEROUS FAITH”
Long ago, the valiant Templar destroyed themselves through a vicious civil war, allowing the bloodthirsty crusade of the tyrant king Icarus to destroy mouse culture. Yet the inspiring tale of the young mouse Karic promises to restore the fractured Templar and overthrow the mad king. But while some accept Karic as a prophecy for good, still others see his rising legend as an omen of evil.

Thus begins the climactic chapter in the epic saga of hope and despair, of tragedy and triumph, and where every secret will at last be revealed.

Why It’s Hot: From one of the creators behind Powers comes the latest volume of Mice Templar, and an excellent place to jump on and thrill to the adventures of these adorable little mice. An adventure tale with roots in Norse mythology, Mice Templar is too good a series to miss! 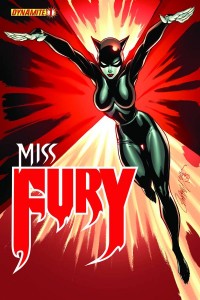 THE PULP HEROINE RETURNS!  When Miss Fury foils a wartime plot by Nazi secret agents, she is catapulted through time… or so it seems.  Is she really careening from past to future and back, or has she lost her mind?  And if her sanity remains intact, can one lone heroine possibly hope to end World War II by herself, a conflict still waged into the year 2013?  As witness to generations of bloodshed and violence, Miss Fury has lots of righteous rage… and anger is her fearsome power!

Why It’s Hot: Joining Dynamite’s long line of pulp heroes to come back to the forefront (Green Hornet, The Shadow, The Spider), Miss Fury has a history stretching back to 1941, and finally joins her male brethren in an all-new female-led title! If you love what Dynamite has been doing and classic characters like Black Canary and the Black Widow, give this one a shot!