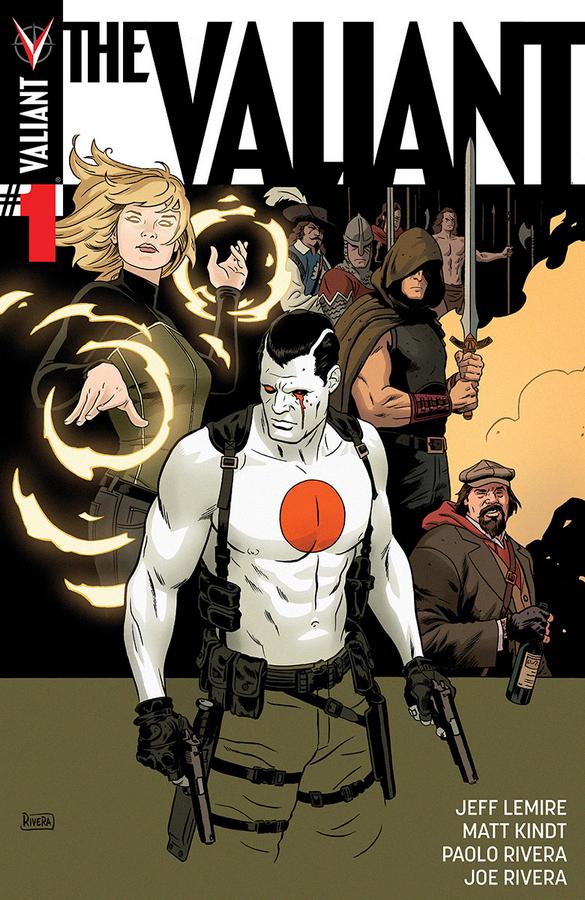 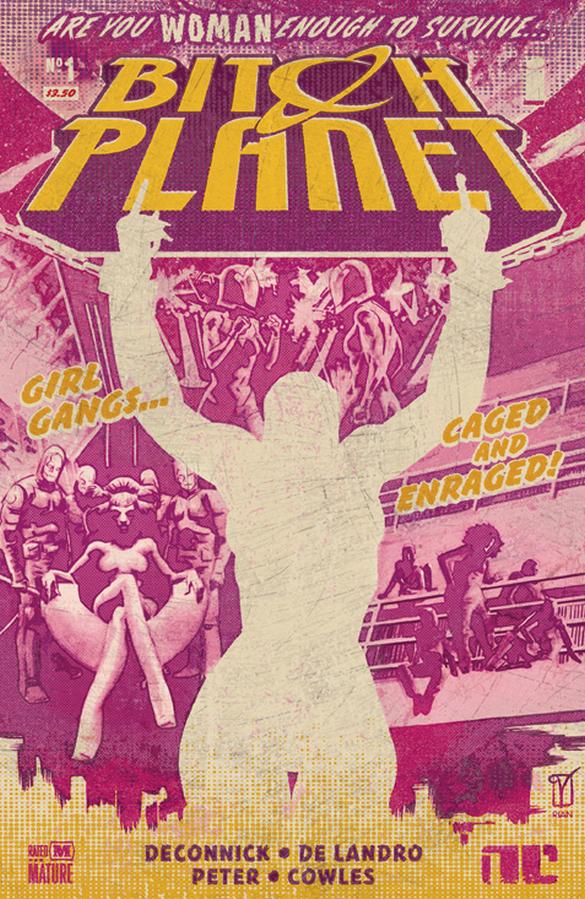 Why It’s Hot: Whenever a top creator in the industry launches a new creator owned book it’s a big deal, and Kelly Sue DeConnick has earned her place in that exclusive upper echelon of writers. That alone is enough for the debut issue of Bitch Planet to make the Hot Five. A female writer writing kick ass female characters is just icing on the cake, and something that we can always use more of. On the art side of the equation, Valentine De Landro brings his A-game on with a beautifully stylized work that goes hand in hand with DeConnick’s script. The end result is a bad ass, must read comic book.

A STAND ALONE, all-encompassing look at the wider world of EAST OF WEST. Part atlas, part encyclopedia, part timeline, and part apocrypha, EAST OF WEST: THE WORLD is the must-have one-shot companion to the spellbinding series.

NOTE: EAST OF WEST: THE WORLD will contain pivotal plot and character info that will not be in the regular series…so don’t miss out!

The Apocalypse is illuminated in EAST OF WEST: THE WORLD.

Why It’s Hot: East of West has consistently been one of the best titles on the racks with rich characters, and a deep mythology leading the way. Now the creative team of Jonathan Hickman and Nick Dragotta are ready to expand the world further with this special one shot. Between Hickman’s design work and Dragotta’s art it’s guaranteed to be beautiful. Hickman fans also know how much planning and care he gives to his world building, so we can expect a whole bunch of facts and details to come to light. East Of West: The World a must read for fans, and a great opportunity for new readers to learn about the universe that has left readers enamored.

•  What’s a non-mutant doing at a school for mutants? What secret suspicion has fueled the formation of his special student class?

•  And because you demanded it! Sauron and Stegron the Dinosaur Man! The villain team 65 million years in the making! You didn’t demand it? Well somebody did.

Why It’s Hot: In the wake of Wolverine’s death there is a hole left in the X-Men titles. Without Logan, the line is missing a sense of fun. Wolverine himself wasn’t necessarily a fun guy, but Wolverine & The X-Men was always known for its unique combination of drama and humor that wasn’t found in the other core X-Titles. How did Marvel decide to fill that void? It’s just your “Friendly Neighborhood” Spider-Man to the rescue! Peter Parker should fit in well with the established cast of the Jean Grey School while adding a new wrinkle. Writer Elliott Kalan is taking the next big step up in his comic writing career with this series. If his work as Head Writer of The Daily Show is any indication of the quality we can expect, then he will prove to be a perfect fit.

•  Part one of the epic two-part tale of the time-manipulating mutant Eva Bell’s greatest secret.

•  Losing control of her powers, Eva disappeared during a training exercise in Tabula Rasa. Reappearing shortly thereafter, she seemed older and far more weathered, but refused to offer an explanation.

•  But where did her powers take her? Or maybe the better question is when? And what could she have endured to cause her to keep her story secret from her fellow X-Men?

Why It’s Hot: Bendis has been developing the mystery of what happened to Eva Bell when she disappeared quietly, and effectively over the past several months in Uncanny X-Men. This has resulted in “Tempus” being one of the more intriguing new characters that Marvel has developed in recent years. Now the secret of what happened to her is revealed in what has been promised to be an important story. So important that it features one of the most anticipated Marvel debuts of the year in the great Andrea Sorrentino. Sorrentino, fresh of his instant classic run on Green Arrow with Jeff Lemire, was a huge get for Marvel. It’s no coincidence that he has been paired with Marvel’s biggest writer. One of the best writers in the industry working with one of the most innovative and talented artists in the business for the first time makes this issue a HOT book.

A battle ten millennia in the making is about to begin…

An entirely self-contained, new reader friendly comics event spotlighting Bloodshot, Eternal Warrior, Geomancer, and a cast of heroes and villains from across the Valiant Universe, THE VALIANT is a visionary new adventure from three of the greatest creative talents in comics today.

Why It’s Hot: Jeff Lemire, Matt Kindt, and Paolo Rivera are a superstar creative team, and the thought of the three of them working together makes The Valiant a must read. With an epic story, a perfect jumping on point for readers not familiar with the Valiant Universe, and that creative team there’s no excuse not to give this book a try. It has a solid chance to be the best, and biggest book to come from Valiant since the relaunch. Did I mention the creative team?