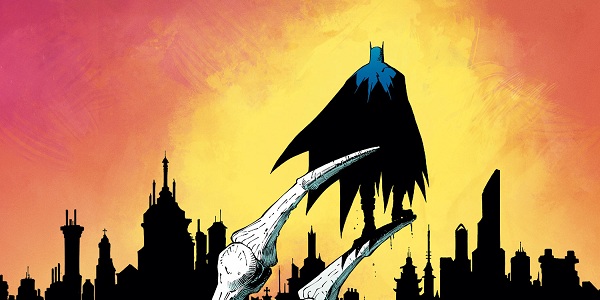 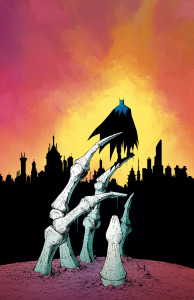 ZERO YEAR continues! With Gotham City thrown into total chaos by The Riddler, Batman and Jim Gordon must learn to work together!

Why It’s Hot: After the Zero Year story crossed over into multiple DC titles last month the origin of Batman is as hot as ever. Take one of the great creative teams in comics, put them in charge of redefining the early days of the most popular character in comics and you have a must read book each and every month! 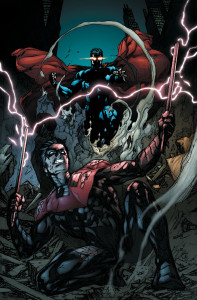 FOREVER EVIL continues as the Crime Syndicate hunts down the few heroes left foolish enough to challenge them—including Batman’s protege, Dick Grayson. But Owlman has other plans for Nightwing…and Owlman’s teammate: the most deadly being on the planet: Ultraman!

Why It’s Hot: A must read tie-in to one of the biggest stories in comics! In the same way that Hickman’s Avengers & New Avengers were required reading for Infinity, the Geoff Johns penned Justice League is a must read for Forever Evil readers. One of the key mysteries of the red hot event has been the nature of the relationship between Owlman and Earth-3’s Dick Grayson. Owlman’s motivations and plans will begin to unfold as we start to find out just what he wants with this Earth’s Dick Grayson.

NEW STORY ARC!
“LIFT,” Part One
Following Jonah’s betrayal, Forever is beginning to question the nature of family, in particular her own. Waste from all over the Carlyle domain travel to Denver in hopes of improving their lives.

Why It’s Hot: After a brief hiatus, Lazarus is back with a new story arc! You may have heard the buzz about Greg Rucka and Michael Lark’s near future set dystopian tale of family, and with the release of the first collection combined with this new story arc there is no excuse not to dive right in with one of the best creator owned titles of 2013!

• The ladies of the UNCANNY X-MEN go out on the town and find themselves face-to-face with the effects of INHUMANITY.
• Wait, is that Kitty Pryde with the UNCANNY X-MEN?!?!
• Rising star KRIS ANKA (covers of UNCANNY X-FORCE, ALL-NEW X-MEN SPECIAL) comes in as guest artist for this special issue!

Why It’s Hot: One of the big questions as the Marvel Universe headed towards the status quo of Inhumanity was how the mutants would react to the new Inhumans popping up around the world in a similar fashion to how new mutants manifest themselves. Well, we won’t have to wait long for that answer as Bendis brings Inhumanity to his acclaimed run on Uncanny X-Men. Joining him for this tie-in issue is budding superstar artist Kris Anka, whose cover work on Uncanny X-Force and work on the Arms of the Octopus story has created a lot of buzz in the comic book world.

Broken but not beaten…

Unity has to put down X-O Manowar and avert nuclear war. But Harada’s super-team lasted a grand total of five minutes last issue before they were taken out.  Time for Unity 2.0…but how do you get a cast of malcontents, egotists, immortal warriors, and manipulative backstabbers to work together? The answer? You don’t tell them they’re working together.

Why It’s Hot: Unity is a certified smash hit, and now is the perfect time to jump on board and follow the adventures of Valiant’s first super-team as they fight to take down the threat of X-O Manowar. The first issue had everything a reader could ask for: a great jumping on point, great action, great art, and a big story that will assuredly have lasting effects on the characters.