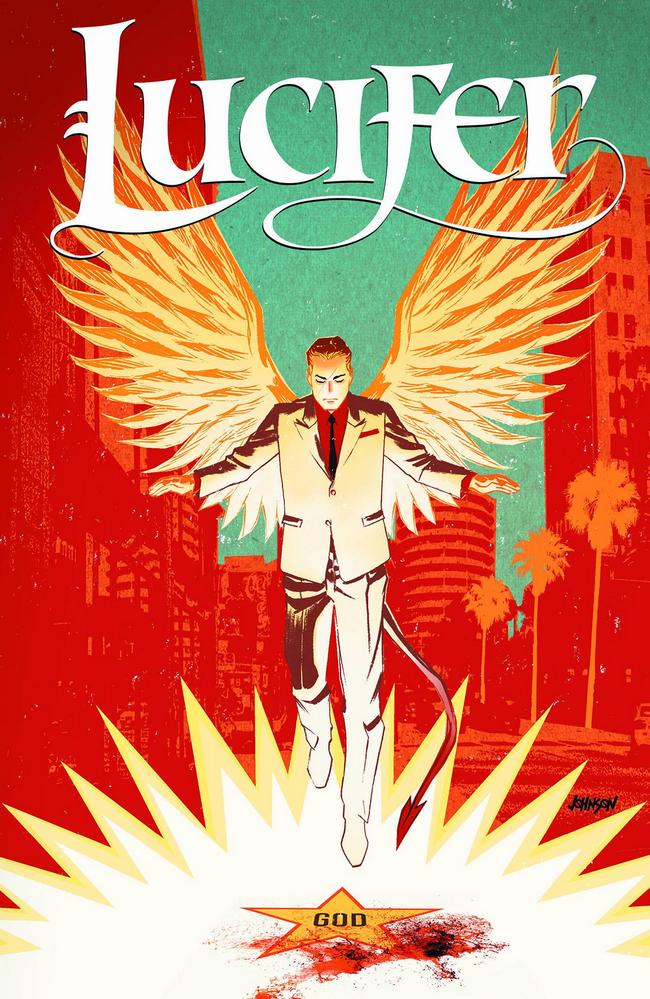 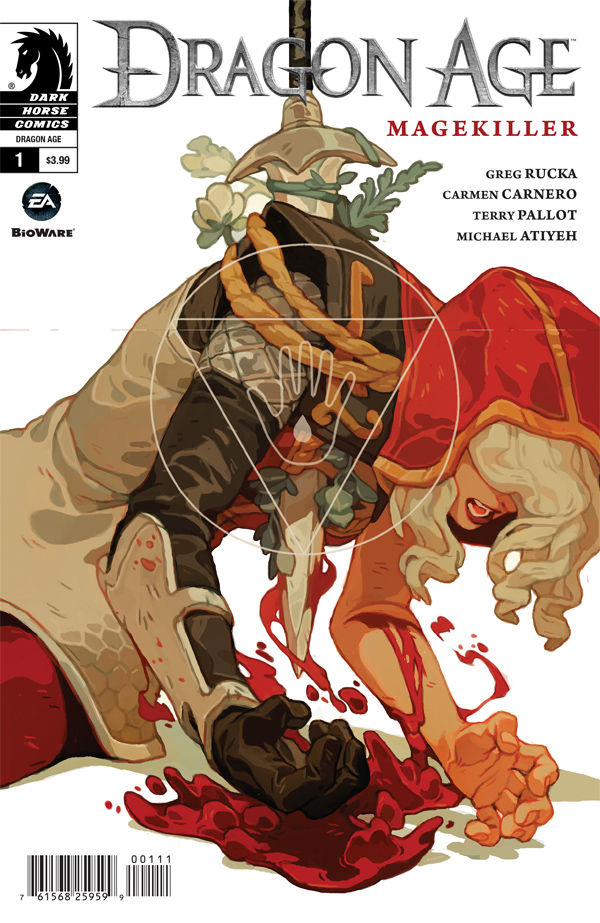 Tessa and Marius are mercenary partners, eliminating those who use blood magic to hurt others, but when a powerful patron employs them, they realize this next job may be their last . . .

Why It’s Hot: The Dragon Age series features one of the deepest, and most rich storytelling universes in all of video games. Scratch that, Dragon Age has one the best fantasy genre settings in all of entertainment. Now the great Greg Rucka gets to contribute his magic (pun intended) to the series in the comic book page. If you are a fan of fantasy you should give the first issue a shot, even if you’ve never played the games. After all, Rucka is great, and his female protagonists are always memorable.

The anti-hero who made his debut in THE SANDMAN and starred in his own hit series is back in a new series by best-selling writer Holly Black (The Spiderwick Chronicles) and artist Lee Garbett (Loki)!
As this series begins, God is dead-and Gabriel has accused Lucifer of His murder. Lucifer had motive and opportunity, but claims he can prove his innocence. If Gabriel finds the killer and takes the culprit into custody, his sins will be forgotten, and he’ll be welcomed back to Silver City. So, despite the fact that Lucifer just opened a nightclub on Earth and is hiding a mysterious wound, the two brothers set off to solve their Father’s murder. Their investigation will span Heaven, Hell, Earth and beyond in this antagonistic buddy-cop noir with an angelic flair.

Why It’s Hot: Lucifer is back! Ahead of his 2016 television debut, the character with the longest running The Sandman spinoff returns for a brand new series. Vertigo has given us a bit of everything these last few months, and all that’s missing is something a bit “Classic Vertigo” and Lucifer fits the bill.

They’re each the sole survivor of a lost Earth and they’ll do anything to protect this one, whether you like it or not. The Squadron Supreme — comprising Hyperion (Avengers), Nighthawk (Supreme Power), Dr. Spectrum (the Great Society), Blur (DP7) and Power Princess — are a team that doesn’t ask permission or what the rules are. To them all that matters is the safety of Earth and if you stand in the way…that’s your problem! Tell that to the Squadron’s first target — Namor, destroyer of Dr. Spectrum’s homeworld, who will have to pay for his crimes…but at what cost to the people of Atlantis.
Why It’s Hot: Marvel,has been positioning the new Squadron Supreme has an important team in the All New All Different Marvel Universe, and they start out going after a big fish. What will happen when Namor must answer for his multiversal crimes? 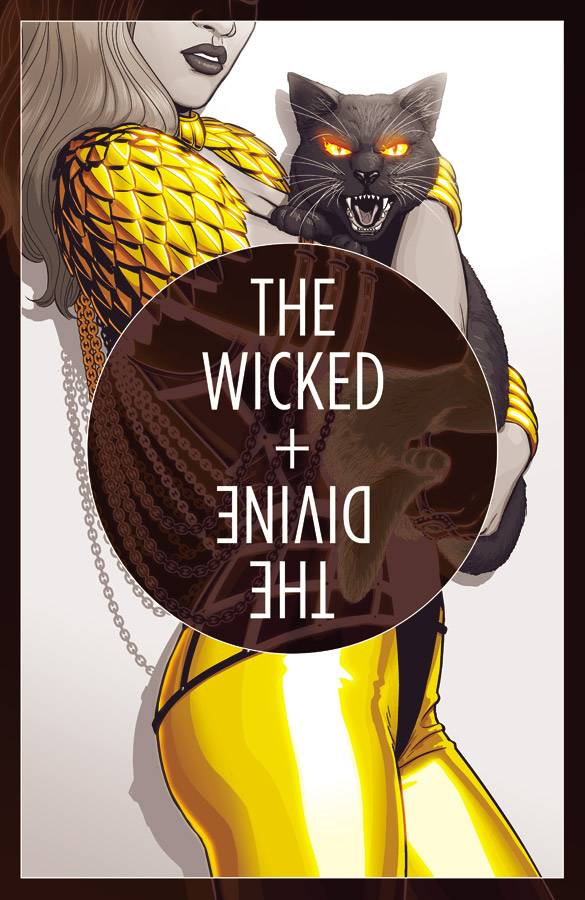 In the last of our guest issues, we’re joined by BRANDON GRAHAM (PROPHET, ISLAND, MULTIPLE WARHEADS) to slink closer to the mysterious and oft-murderous Sakhmet. Plus a back up by JAMIE & MATT. Also… the of an arc? You know WicDiv. Expect big game changers and/or Sakhmet having a nice purr.

Why It’s Hot: The last of WicDiv’s guest issues, and the end of the current arc. There aren’t many comics out there that end story arcs quite like this one. You can expect big, game changing things to happen, and with Brandon Graham on art you know it will look pretty

Why It’s Hot: The heavy delays that have hit Secret Wars proper has halted the momentum of all the tie ins that have yet to finished. Ultimate End is no exception, but it doesn’t stop this finale from being a special issue. The Ultimate Universe changed Marvel Comics forever, and as of tomorrow it is officially no more. RIP Ultimate Universe. At your peak you were home to some of the greatest creators working on some of the industry’s best titles.