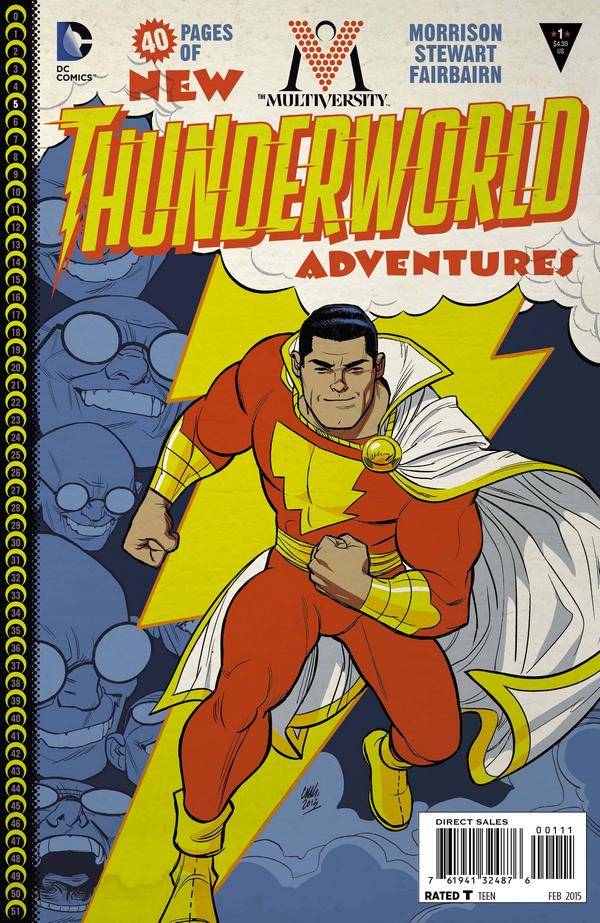 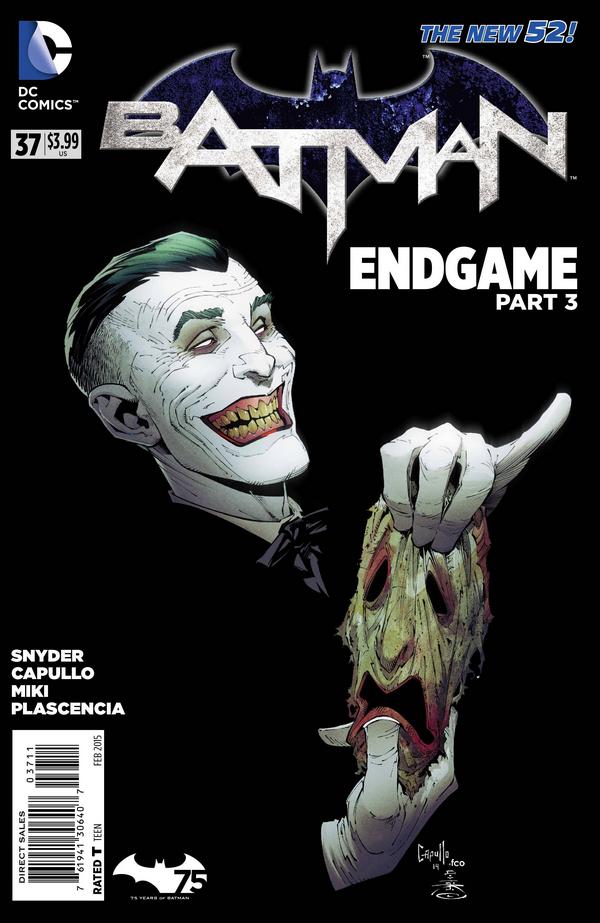 The ultra top-secret Batman arc known only as “Endgame,” continues – it’s a story arc so steeped in mystery, all we can tell you is the title!

Why It’s Hot: Batman versus The Joker taken to the next level. One of the best books on the stands just keeps getting better, and this issue promises to be a big one! 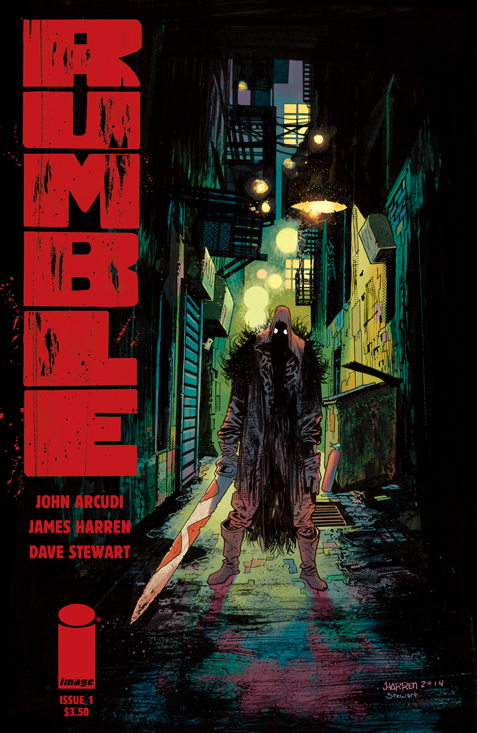 Why It’s Hot: Another month, another must check out launch out of Image Comics. If the solicitation doesn’t get you excited for the book then I don’t know what will. It’s crazy, and usually in comics, crazy equals awesome.

The fifth chapter of the greatest adventure in DC Comics history is here!
Acclaimed for their collaborations on BATMAN AND ROBIN, SEAGUY and SEVEN SOLDIERS OF VICTORY: THE MANHATTAN GUARDIAN, superstar writer Grant Morrison and renowned artist Cameron Stewart deliver some magic to THE MULTIVERSITY with a breathtaking journey to  Earth-5 – A.K.A. Thunderworld!

With a single word, Billy Batson transforms from boy reporter for Whiz Media into the world’s Mightiest Mortal – Captain Marvel! Along with the other members of the Marvel Family, Captain Marvel battles dastardly villains like Mr. Mind and the Monster Society of Evil! But now, his greatest foe has attacked the Rock of Eternity – the source of the Marvel Family’s power – and it could mean the end of reality as we know it! What impossible villains are Sivana teaming up with who could spell doom for the Multiverse? From where did Sivana’s children get their newfound super powers? And what does the appearance of one mysterious comic book mean for the heroes of Thunderworld?
Find out all that and more in this exciting issue that acts as chapter five of THE MULTIVERSITY.

Why It’s Hot: The Multiversity has been Grant Morrison and a team of A+ artistic teams running wild through the DC Multiverse in some of the best issues of the year. Now Morrison is joined by frequent collaborator Cameron Stewart to bring THUNDERWORLD to life. Grant Morrison going all out on Captain Marvel is something to get excited for. 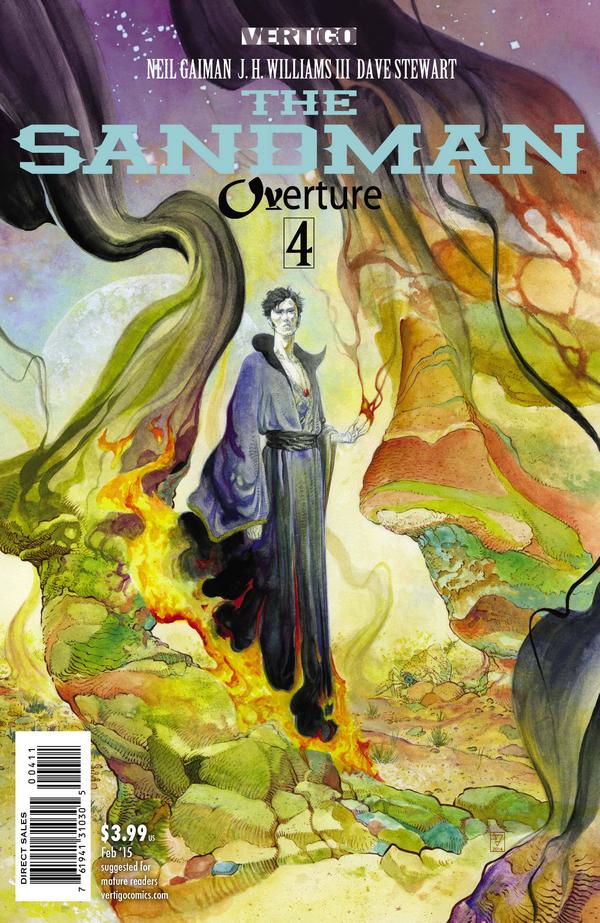 In an asylum in the City of the Stars, Morpheus comes face to face with the creature at the center of the war that will destroy the universe. Time is running out…

Why It’s Hot: It doesn’t come out often, but when it does the Neil Gaiman/ JH Williamas III title is one of the most beautiful, breathtaking books of the week. As the story enters its second half it’s only going to get better! 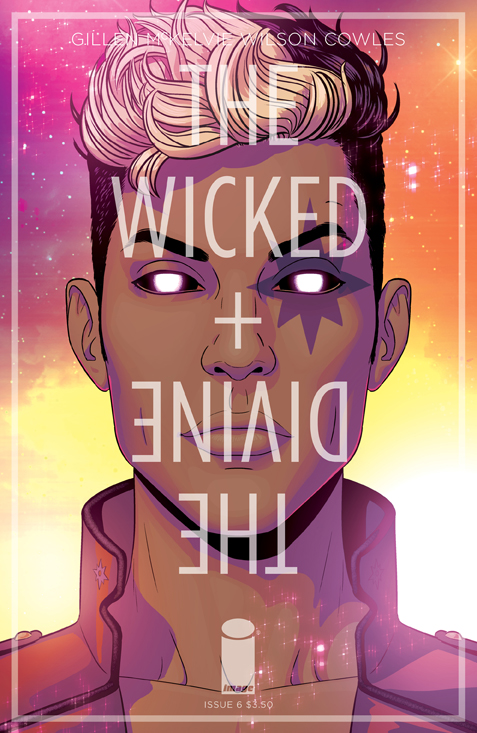 THE WICKED + THE DIVINE #6
Written by Kieron Gillen
Art by Jamie McKelvie
Published by Image Comics – $3.50

THE FAUST ACT is over. Welcome to FANDEMONIUM.
The second arc of THE WICKED + THE DIVINE begins in its traditional manner (i.e. a ludicrous pun.) We’d say something like “nothing will ever be the same again” but if you think about it, you can say that about literally everything, ever. Er…also some comic story. Probably.

Why It’s Hot: Gillen and McKelvie’s baby is back! The book that could the comic book world by storm is back for its second story arc! After the way the first arc ended it’s hard to imagine where these guys can go from here. Actually, I can imagine, and expect even more craziness. Now is the time to jump on board if you haven’t experienced what has everyone talking!