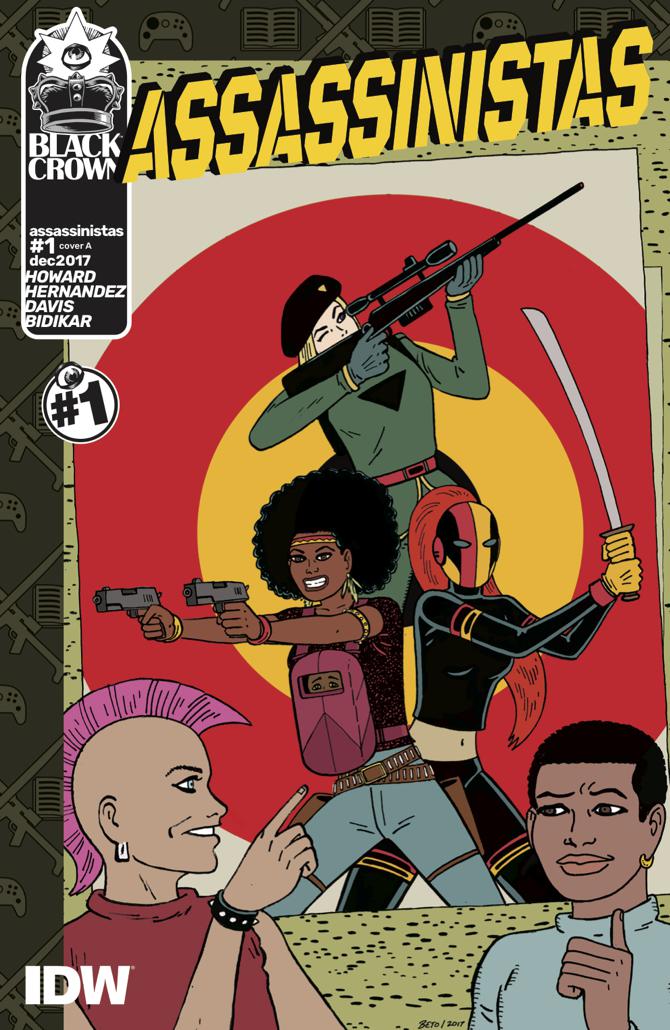 Dominic Prince and the Semester Abroad, Part 1 of 6. Dominic Price is a college-age kid who just wants to spend the semester making out with his boyfriend, Taylor, in between rounds of TurboLight Fighter and maintaining a solidly passable 3.2 GPA. His mom, Octavia, formerly a badass action-movie-quality bounty hunter, didn’t pay his tuition, because she had to get back in the business and spend 40K on black market weapons and body armor. And she’s bringing Dominic with her, because the alternative is making lattes for a semester, and he’d rather die. Good thing in mom’s line of work, dying is an option.

Why It’s Hot: IDW’s Black Crown imprint got off to a great start with Peter Milligan and Tess Fowler’s first three issues of Kid Lobotomy, and the first Black Crown Quarterly. Now editor Shelly Bond’s team looks to continue that HOT start with a comic that couldn’t be more different than, yet somehow fits right at home with what we’ve seen from Black Crown. Assassinistas is from the minds of rising star Tini Howard, and comic book LEGEND Gilbert Hernandez. This comic is everything you’d expect from a comic with that name and this creative team, so don’t overlook this gem on a busy NCBD. 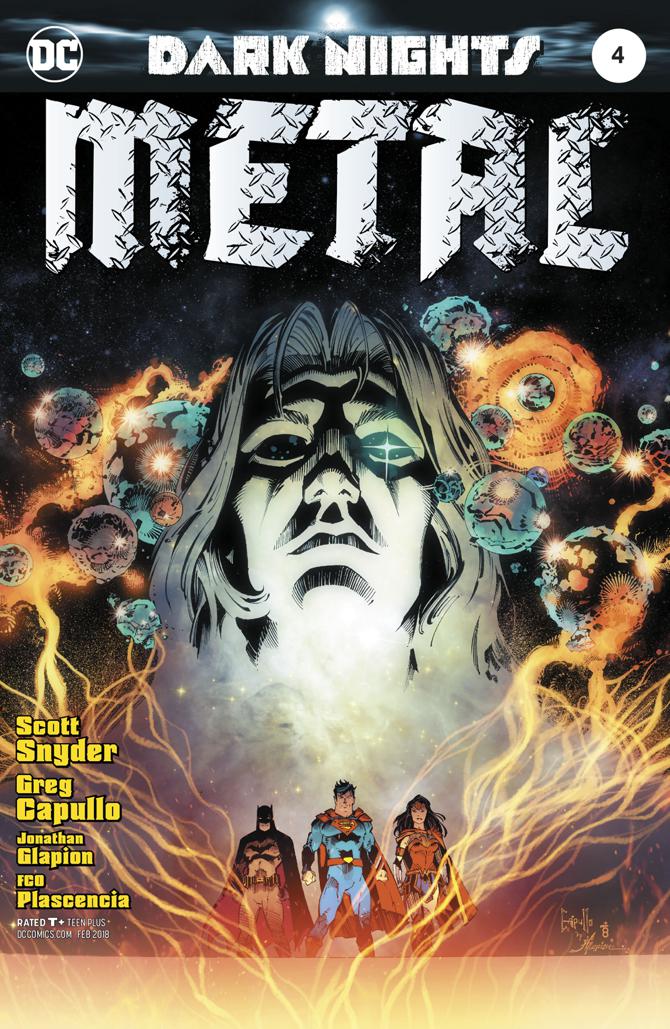 The Justice League has been broken and scattered to the far corners of the DCU, each member forced to face their worst fears alone…and the fears are winning. When an unlikely ally reveals a glimmer of hope, they must seize their chance, or risk their window of opportunity closing for good!

Why It’s Hot: Scott Snyder and Greg Capullo’s epic DC events continues to get even bigger, badder, and more wild than it already was. With issue four you can expect revelations, surprises, and returns to go along with solid character work from one of the best creative teams of the past 5+ years. Did I mention this book is wild? 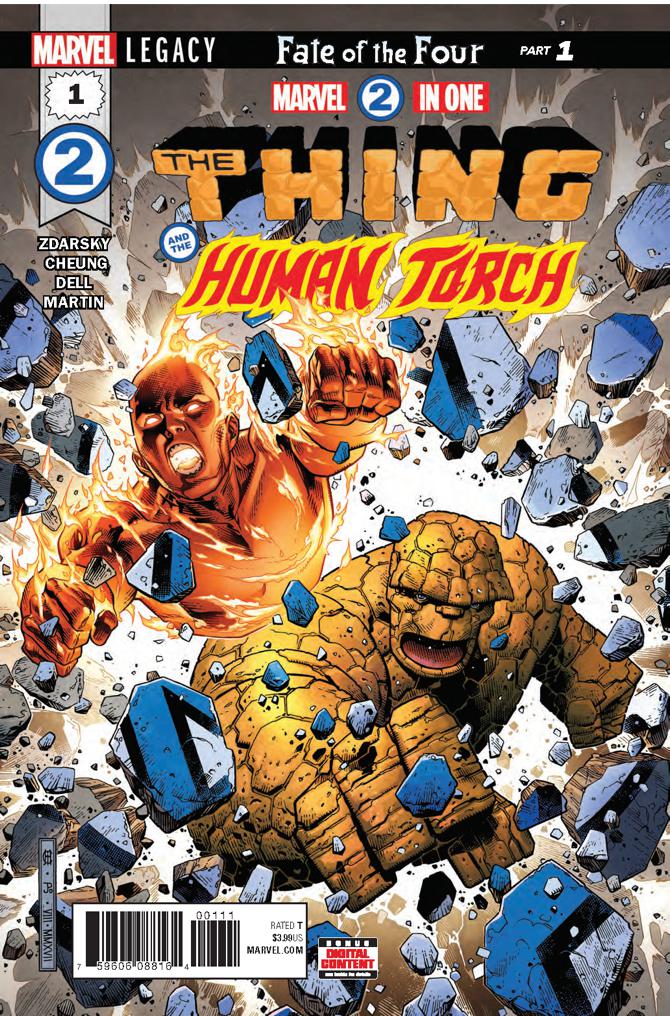 The Fate of the Four Part 1

THE FOUR ARE NO MORE, SO TWO MUST DO! Something is very wrong with THE HUMAN TORCH and only THE THING can help him! It’s the Marvel Universe reunion you’ve all been waiting for (well, HALF of it, at least!). Plus: What monumental secret has DOOM been hiding since the end of SECRET WARS, and how will it completely change the lives of Johnny Storm and Ben Grimm? PLUS: Includes 3 bonus MARVEL PRIMER PAGES!

Why It’s Hot: Once upon a time Chip Zdarsky was known to comic book fans as an artist. He’s still an artist, but he branched out to writing with Howard The Duck. His work on that title proved that he might very well be a better comic book writer than he is a comic book artist, and he’s a damn good artist. He’s continued to prove this point with his current work on Peter Parker: The Spectacular Spider-Man. Jim Cheung is still one of the best comic book artists in the business. Together, along with John Dell and Laura Martin, these great creators are tasked with reuniting half of the Fantastic Four. Chip Zdarsky writing words for The Human Torch and The Thing to say is a match made in Heaven. Oh yeah, this may very well be the beginning of the end for the Fantastic Four’s post Secret Wars absence. This should be a must read for Marvel fans everywhere. 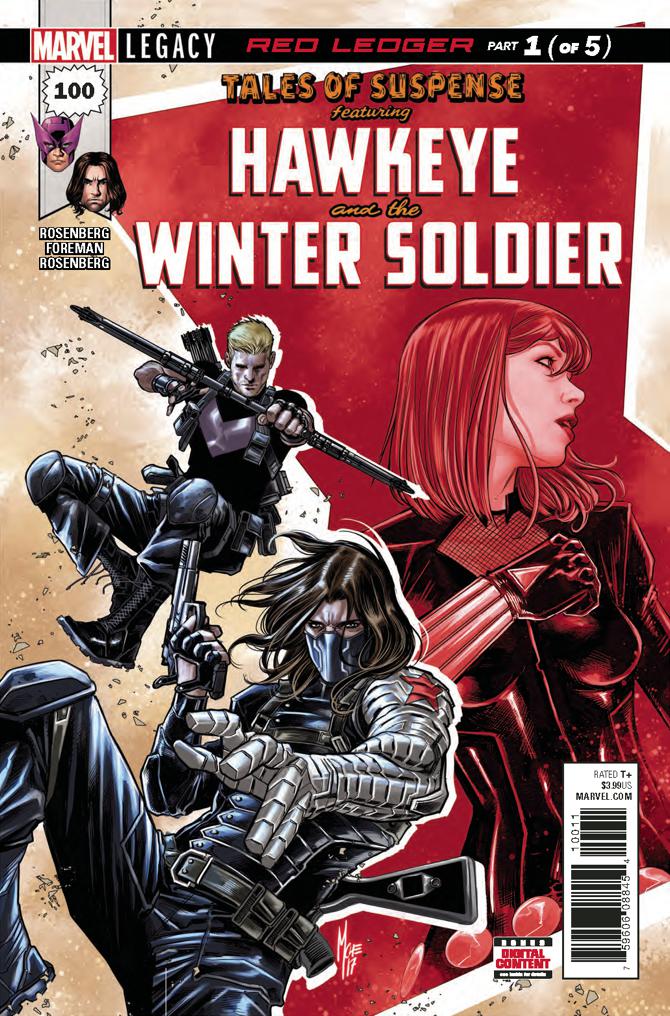 THE BLACK WIDOW is dead…but someone is killing her enemies. With a broken heart and a bloody trail to follow, HAWKEYE is looking for answers. And the only person alive who may have them is Natasha Romanoff’s OTHER ex-boyfriend, THE WINTER SOLDIER. Can they trust each other long enough to unravel the web of mysteries that Black Widow left behind?

Why It’s Hot: Matthew Rosenberg is one of the hottest names in comics right now. After leaving his mark on the indie scene for the past several years, and dabbling in the Big Two, 2017 has been his breakout year. To wrap up his spectacular 2017 the writer, along with artist Travel Foreman, have been charged with reintroducing one of Marvel’s earliest titles to a modern day audience with three of the company’s most important characters front and center. Not bad, not bad at all. 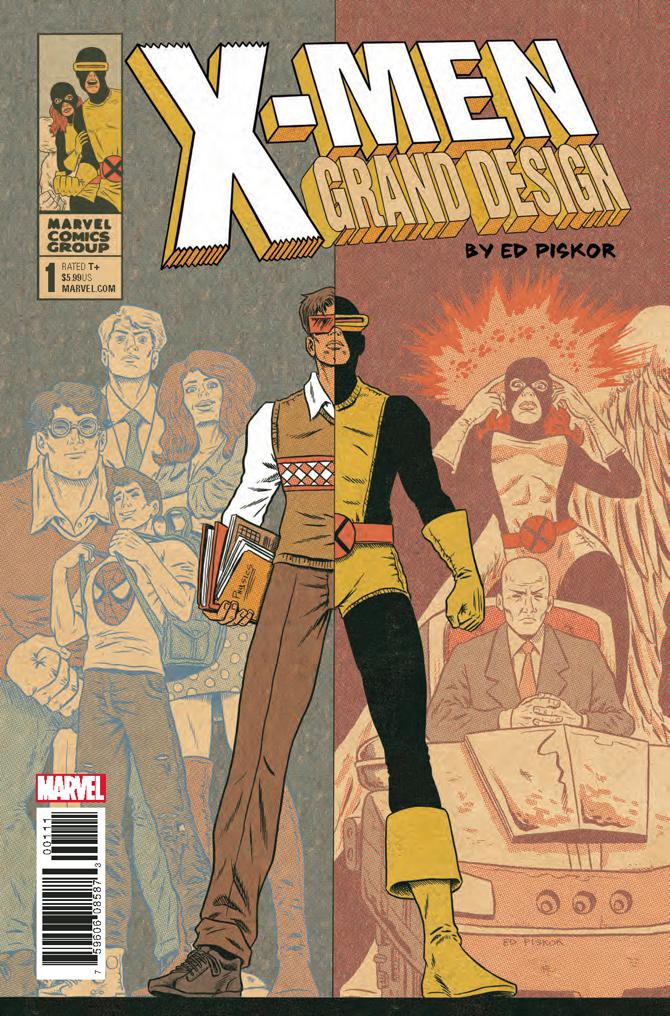 From Eisner award-winning creator Ed Piskor (Hip-Hop Family Tree) comes a thrilling new series chronicling all of X-Men history! X-MEN: GRAND DESIGN stitches together the most important moments in mutant history, creating a comprehensive narrative celebrating the X-Men’s past, present, and future. The first in a trilogy, GRAND DESIGN returns to Charles Xavier’s assembly of Cyclops, Marvel Girl, Iceman, Angel, and Beast! A must for fans looking to brush up on their X-Men lore or as jumping-on point for Marvel’s merry mutants.

Why It’s Hot: Ed Piskor bringing his trademark style to Marvel would be a pretty big deal in its own right. Ed Piskor writing and drawing a series that uses that style to streamline the convoluted history of probably the best selling comic book team of all time is a huge deal. If you’ve been following Piskor on Twitter you know how big of a X-Men fan he is, and how excited he is about this project. This has a chance to sneak in at the tail end of the year, and be one of the coolest comics of 2017. Everything about this comic looks amazing. X-Men: Grand Design is a can’t miss comic for superhero fans everywhere.

30 Days Of Night – The smash hit horror series returns! Steve Niles returns to the comic that made him one of the biggest names in the industry during the previous decade. With original artist Ben Templesmith joining original cover artist Ashley Wood on covers it’s up to Piotr Kowalski to work interiors. It should be fascinating to see how this creative team reboots the franchise for the modern day reader.

Batman #37 – It’s date night, as Bruce, Selina, Clark, and Lois enjoy a night out on the town. Get ready for one of the more fascinating takes on the World’s Finest duo, and their lovers, courtesy of Tom King and Clay Mann.

Catalyst Prime: Summit #1 – On a normal week this would be an easy lock for the Hot Five. The newest entry in Lion Forge’s burgeoning Catalyst Prime universe sees fan favorite writer Amy Chu teaming up with the phenomenal Jan Duursema.

Doctor Strange #383 – After last issue’s shocking last page, what can Donny Cates, Gabriel Hernandez Walta and the rest of the creative team have up their sleeves next?

Fence #2 – After a stellar debut issue BOOM! Studios’ fencing comic continues to show why it’s one of the best new comics of the year!

Hellboy: Krampusnacht – Legends Mike Mignola and Adam Hughes teaming up for a one shot that sees Hellboy taking on a Satanic Santa? You better believe this is going to be good.

Nightwing #35 – Say welcome aboard to the new creative team of Sam Humphries and Bernard Chang!

Ninja-K #2 – Following Matt Kindt’s great run on the Ninjak character would be hard for any writer, but Christos Gage showed last month that he is more than up to the job. Gage’s first issue was the beginning of an engaging, new reader friendly romp that started to explore the history of the Ninja Programme. Having an artist like Valiant secret weapon Tomas Giorello on board doesn’t hurt in getting this series off the ground and out of the shadow of what came before.

Quantum & Woody #1 – “The World’s Worst Superhero Team” is back in a new ongoing series from Daniel Kibblesmith and Kano. Once again Valiant proves that it is one of the best publishers in providing jumping on points for new and old fans alike.