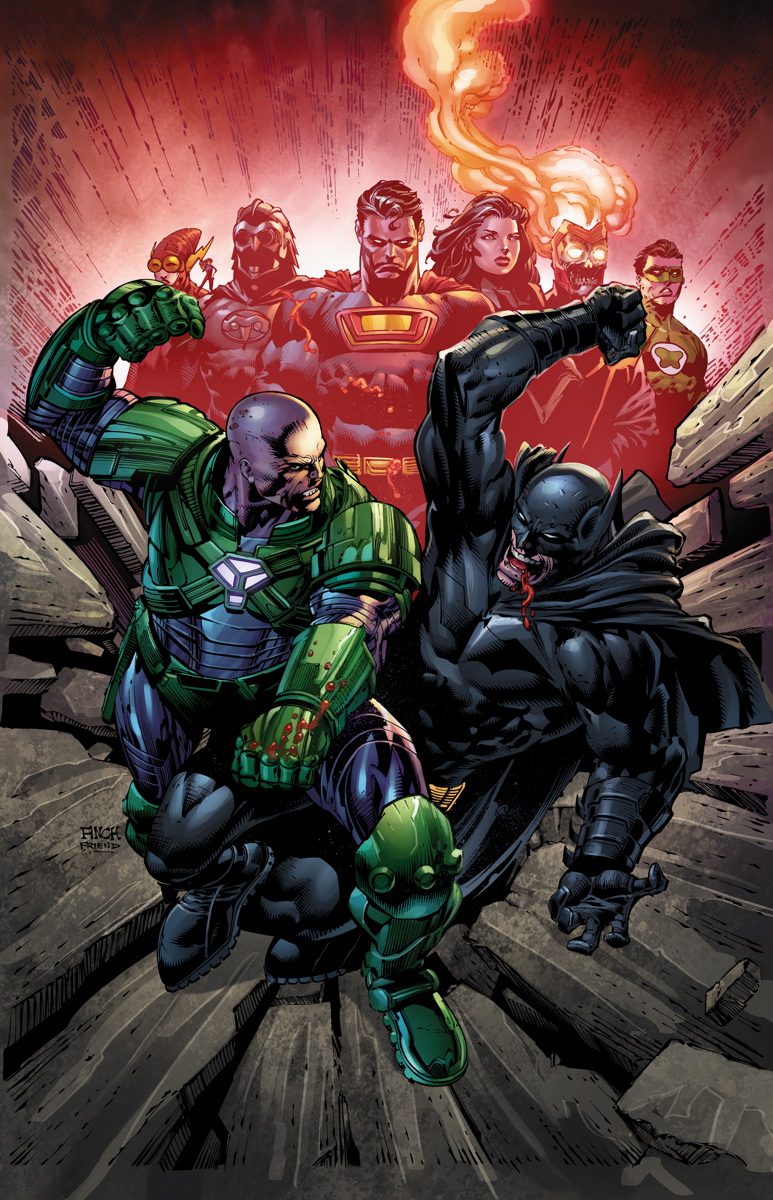 Welcome to to a special Christmas week edition of Comicosity’s Hot Five. Hot Five is a short list of the top books we think you’ll want to be checking out. Be they new title launches, key issues or just continuing stories from some of the industry’s most acclaimed books, this list is your guaranteed gold for the week in the comic market!

Given that this week is a special week with only a handful of releases, I am going to break my established rules and double dip with issues already featured in this month’s Hot Five: Extended Edition. It is a small, but important week in releases, so savior and enjoy your comics this week, and Merry Christmas to all!

“ROGUE PLANET” – Part 1 of 5
• Captain America and Iron Man plan for the next version of the Avengers.
• A runaway planet is on a collision course with Earth.
• A visitor from the future helps save the day.
• AVENGERS #24.NOW = AVENGERS #1 IN ALL-NEW MARVEL NOW!

Why It’s Hot: All-New Marvel NOW! begins here for Earth’s Mightiest Heroes. With Infinity over and All-New Marvel NOW! beginning, this issue serves as the start of the next phase of Hickman’s truly epic Avengers run, and a perfect jumping on point for new readers! As a way to further entice new readers to jump on board, ten .NOW issues of ongoing comics will come with not only a digital code for the issue in hand, but will also feature a free digital code for the series’ entire first collection. A small week, the beginning of Hickman’s next story and SEVEN comics for the price of one should make picking up this issue a no brainer this Christmas Eve! 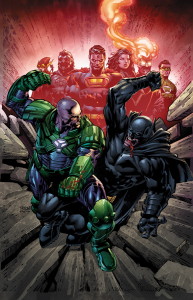 It’s all-out chaos as the DC Universe continues its march through darkness! War erupts across the Earth between the villains! Allegiances are formed! Rivals are murdered! And at center stage it’s Lex Luthor versus Batman—and their fight couldn’t come at a worse time as Deathstroke’s Hunting Party closes in on the world’s only hope against the Crime Syndicate!
This issue is also offered as a combo pack edition with a redemption code for a digital download of this issue.

Why It’s Hot: Forever Evil returns for another installment of comic’s greatest villains wrecking havoc on the DC Universe that will bring pleasure to even the most Scrooge-like comic reader this Christmas! Lex Luthor has formed his own team to bring down the Crime Sydicate, but it looks as if they will have to deal with Batman first. It’s one genius billionaire versus another, as Batman takes on Lex Luthor. That right there should be enough to sell the book, but then Deathstroke is waiting in the wings! 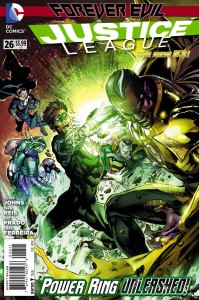 A FOREVER EVIL tie-in! Why has the Crime Syndicate really come to our Earth? What are their darkest secrets? And how will their actions fundamentally change the Justice League as we know it? Meanwhile, Grid controls the world’s power and communications, but what does he truly want from the Syndicate? Plus, a member of the League struggling to survive plots a path of return…and revenge.

Why It’s Hot: Where Forever Evil  proper is focusing on the Crime Syndicate’s assault on the DC Uninverse from a macro level, Justice League focuses more on the individual members of the Sydicate as their back stories and personalities are being fleshed out here. After pieces of dialogue hinting as to the reason why the Crime Syndicate invaded it looks as if this issue may start shedding a light on specifics, thus making this issue a must read for fans of the event!