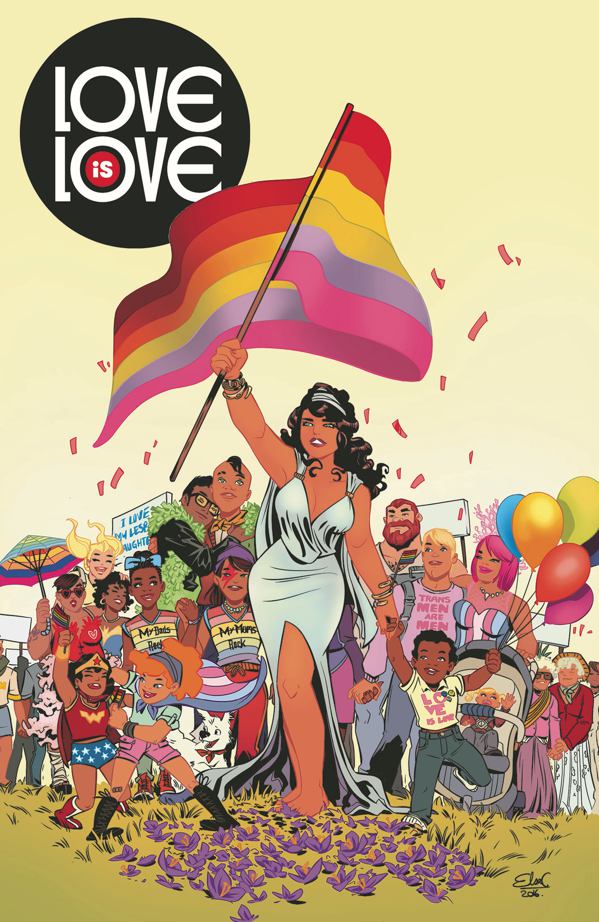 Welcome to the final Comicosity Hot Five of 2016. Hot Five is a short list of the top books we think you’ll want to be checking out. Be they new title launches, key issues or just continuing stories from some of the industry’s most acclaimed books, this list is your guaranteed gold in the comic market. 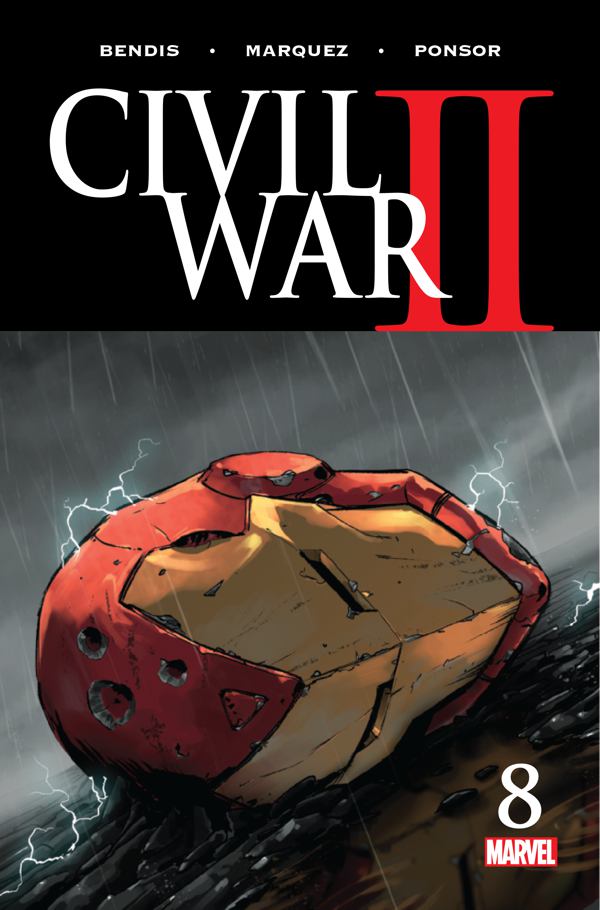 Blockbuster creators BRIAN MICHAEL BENDIS and DAVID MARQUEZ go out with a seismic bang as fists fly over Washington D.C.!

Ulysses’ precognitive powers grow stronger with each passing moment. As they reach their peak, what horrors from the future will be unleashed? And seeds sown here will bear bitter fruit for the Marvel Universe of tomorrow. Protect the future or change the future?

It all gets decided here!

Why It’s Hot: Well, it’s finally over! A perfectly fine event was bogged down by superfluous tie-ins, and a set of delays that forced Marvel to essentially spoil the ending in their other books. Here’s the thing though, if that was all Bendis had up his sleeve for this issue it would be more of a problem, but I have a feeling there will be one last aspect we aren’t expecting. I think there’s going to be more to this final issue, and that it will setup the Marvel Universe for the immediate future. 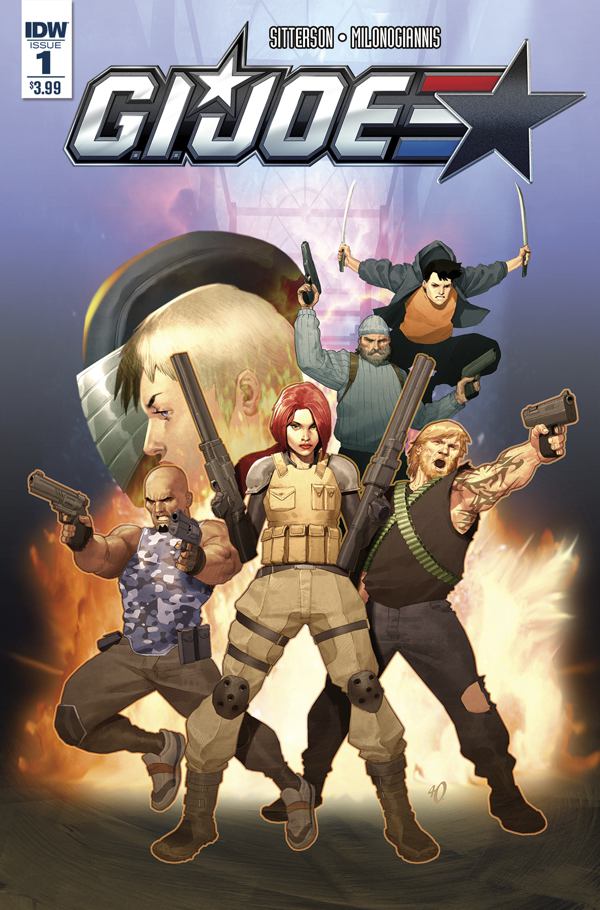 •   Spinning directly out of the events of IDW’s Revolution event!

Why It’s Hot: There’s a reason IDW has been referring to the G.I. Joe franchise as “The crown jewel of Hasboro” and this new series from Sitterson and Milonogiannis sets out to show readers why. This is going to be a rip roaring good time, with plenty of action, twists, and turns. This is a perfect example of why Revolution was a great idea, and that the new universe wide continuity will make for a multitude of fun stories. 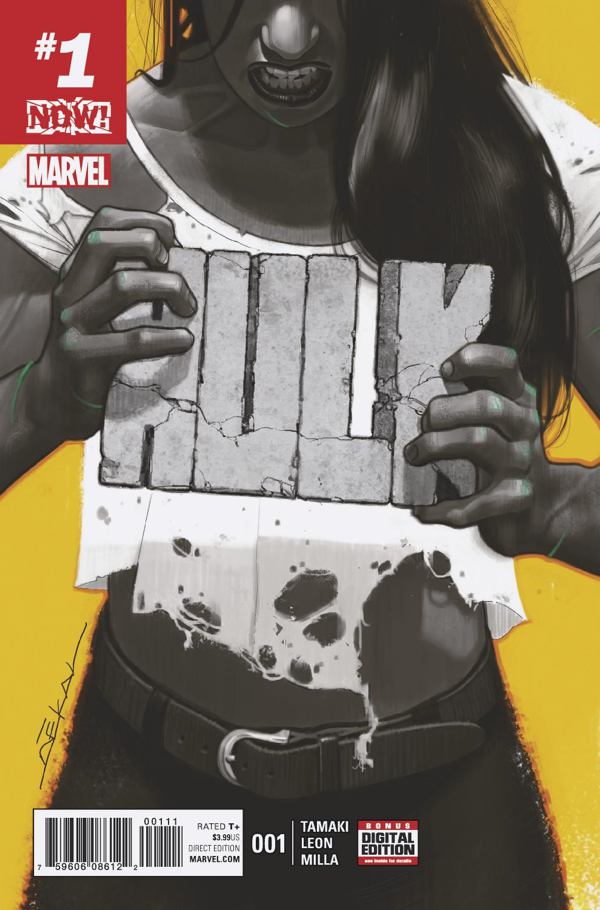 JENNIFER WALTERS has survived the Civil War…barely…and having risen from the rubble, she re-enters the world a different kind of hero. Fueled by a quiet rage, she is determined to move forward, to go on with her life, but the pain of the past and all she’s lost is always there – an undercurrent, a pulse, waiting to quicken and trigger Jen’s transformation into the one thing she doesn’t have control over…

Why It’s Hot: She Hulk went through quite a bit in during Civil War II. She was almost killed in the same attack that killed another Avenger,  and on top of that she lost her cousin during the course of the event. She has a lot to deal with, and that is exciting. A lot of comic books, especially in Big 2 comics, don’t deal with the aftermath of these world shattering events that superheroes face quite regularly. While the fun, lighter tone of past She Hulk comics will be missed, this series has potential to be great, especially with Tamaki writing.

The comic book industry comes together to honor those killed in Orlando this year. From IDW Publishing, with assistance from DC Entertainment, this oversize comic contains moving and heartfelt material from some of the greatest talents in comics – – mourning the victims, supporting the survivors, celebrating the LGBTQ community, and examining love in today’s world.

All material has been kindly donated, from the creative to the production, with ALL PROCEEDS going to the victims, survivors and their families via EQUALITY FLORIDA.
Be a part of an historic comics event! It doesn’t matter who you love. All that matters is that you love.

•   Featuring an introduction by the project’s organizer, Marc Andreyko!

•   Featuring contributions from some of the biggest names in comics!

Why It’s Hot: Two comic companies, and an all star group of creators have come together for a great cause. What happened at Pulse Nighclub in Orlando was a shocking tragedy.  Seeing this book come together over the past several months has made me even more proud of being a comic book fan. To see creators and the community rally around this comic has been nothing short of amazing. The proceeds will be going to the families of those involved in the shooting, and hopefully there will be a nice donation made. This comic is about more than just the money though. It’s an important statement on love, equality, and community. On the very last week of the year we might just get the most important comic of 2016. 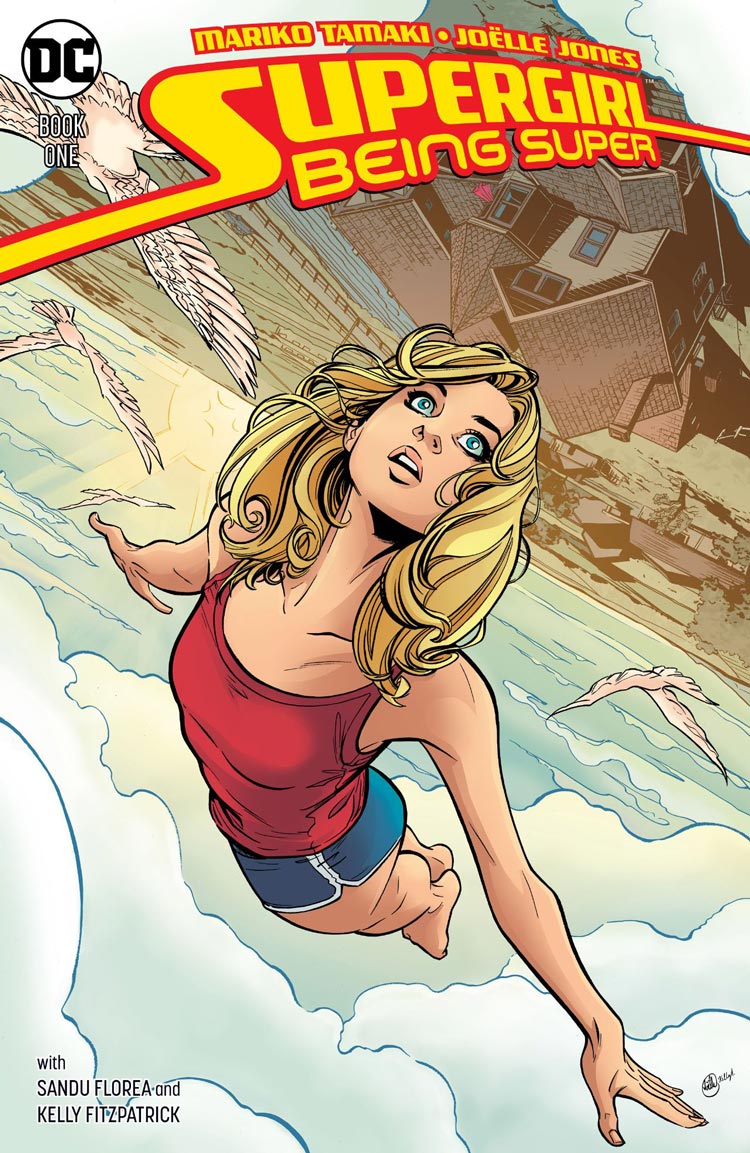 Flying and crushing coal into diamonds may come easy, but try popping a Kryptonian zit! Caldecott Honor-winning and Eisner Award-winning writer Mariko Tamaki (This One Summer) teams with Eisner Award-nominated artist Joëlle Jones (Lady Killer) for a coming-of-age tale like you’ve never seen before. But while growing pains shake up Kara’s world, a deadly earthquake rocks the small town of Midvale beneath her feet! The Girl of Steel has a choice: let her world die, or overcome her adolescent insecurities and be super!

Why It’s Hot: It’s a big week for Mariko Tamaki as the first issue of Supergirl: Being Super is her second entry in this week’s Hot Five. This alternate take on Supergirl’s formative years looks like it will be completely different from anything we’ve seen from Kara. It’s highly reminiscent of the early years of Smallville, and would fit in with the Earth One line of comics. A new supporting cast, a unique take on the Danvers family, Joëlle Jones art, and a lot of cool moments make this issue well worth picking up this week.