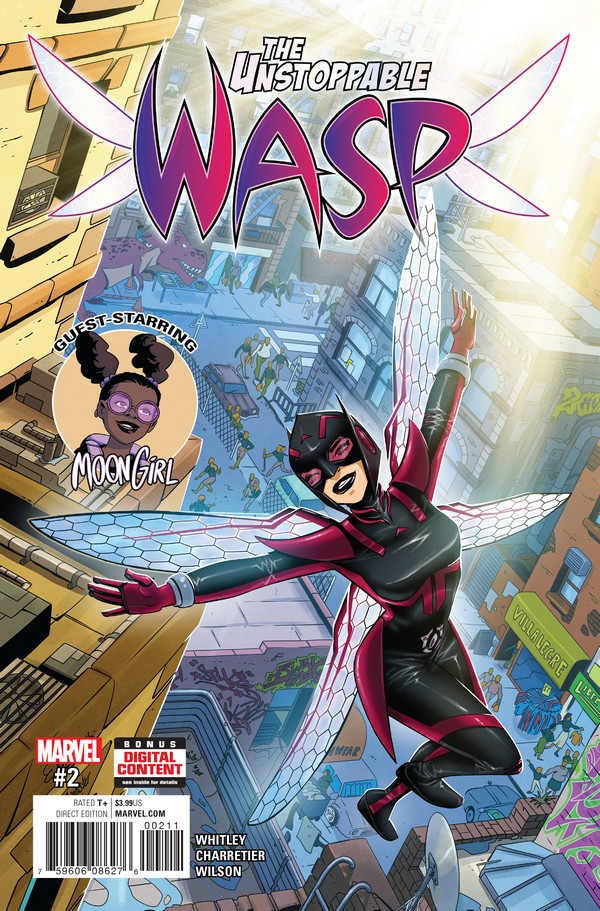 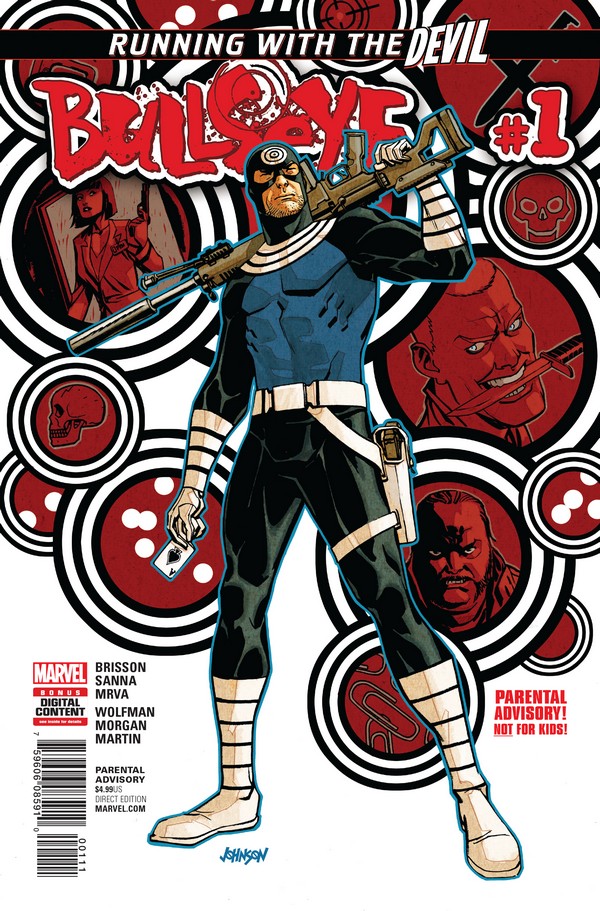 Daredevil, Elektra, Punisher… You name ’em, Bullseye beat ’em. But that was just business… This?
This is pleasure. What does the world’s greatest assassin do for fun? Find out what Bullseye gets involved in for laughs in this deadly first issue, way down in South America!

Why It’s Hot: Bullseye is one of the best villains that Marvel has to offer, and after being off the board for a few years he is back with a vengeance. Not only is he making life rough for Daredevil over in his series, but this week we begin one of the few Bullseye miniseries that there ache been throughout the years. If you enjoy the streetlevel Marvel characters you’ll love this series. Take into account having an under appreciated talent in Ed Brisson telling one story with the legend Marv Wolfman telling the other, and you have a nice recipe for a good comic. Not to mention that it is a miniseries! Minis have been few and far between outside of events in recent years, and that has been a shame. Oftentimes miniseries give stories to new characters, newer creators, and radical ideas that might not warrant their own ongoing. They also mean a complete story with a set number of issues to commit to. If these upcoming set of minis end up doing well who knows what Marvel will unleash on us next! 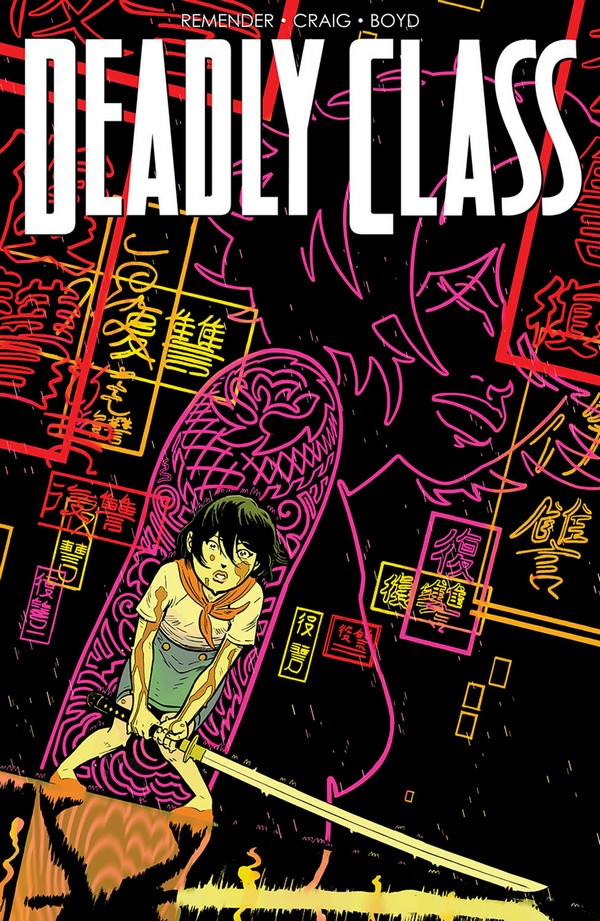 Saya’s secret history is finally revealed as she faces down a horde of assassins, who have come for more than just her life.

Why It’s Hot: Last issue was an example of just how good Deadly Class can be when at its finest. For the first time this arc, and the first time with the new freshman class, the series returned to what has made it so damn good. We saw character development, story progression, intense action, awesome art, twists, turns, and one hell of a cliffhanger. I’d wonder what this creative team has in store for us readers next, but I’ve learned that it is useless even trying, because no matter how far your imagination goes these guys are alwaysnone level up from that. 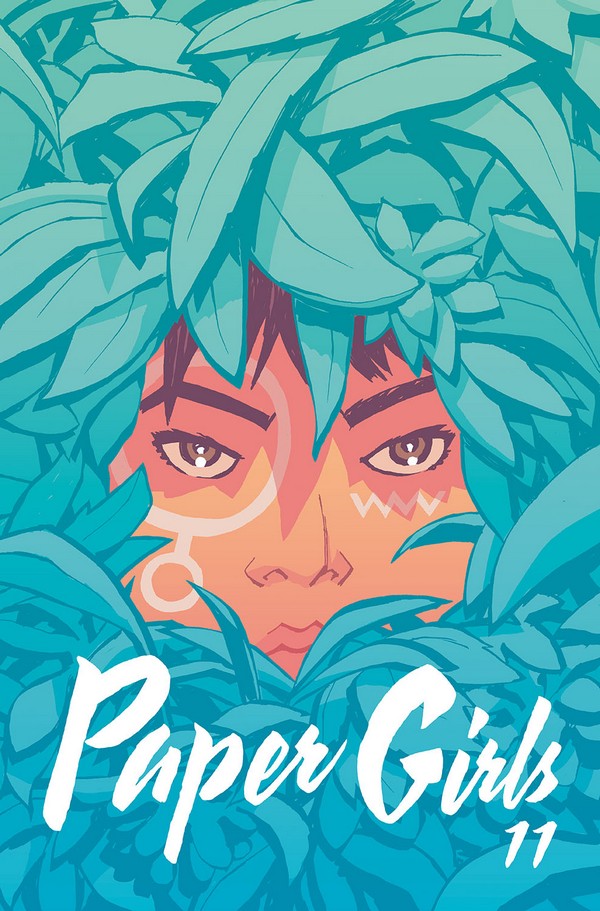 A BOLD NEW STORYLINE STARTS HERE! The Eisner and Harvey Award-winning “Best New Series” from BRIAN K. VAUGHAN and CLIFF CHIANG returns, as Erin, Mac, and Tiffany finally reunite with their long-lost friend KJ… only to encounter some horrifying new threats in an unexpected era. 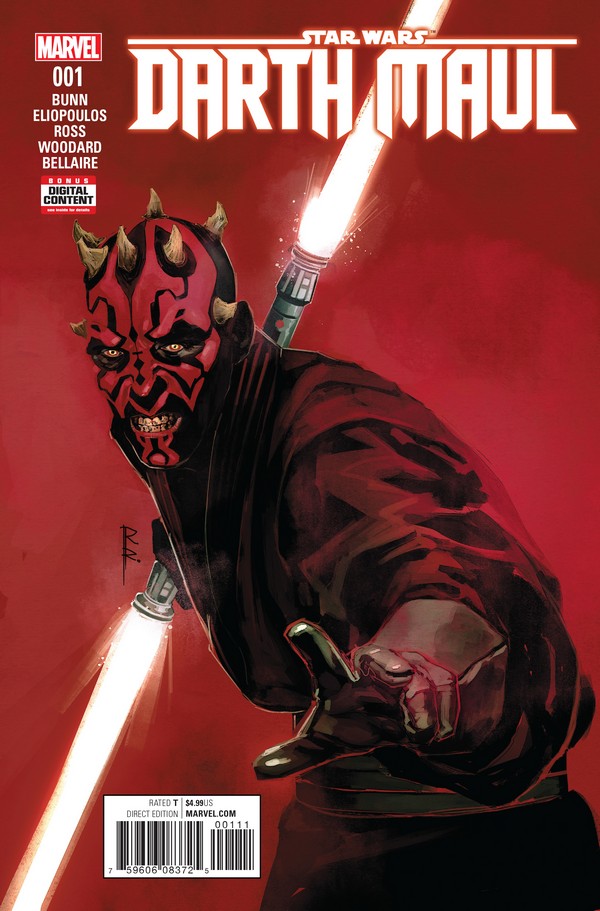 Bred on hate, fear, and anger…steeped in the ways of darkness…and trained to kill. Darth Maul’s time as apprentice to Darth Sidious has long been cloaked in shadows, but at last we will reveal his tale of revenge. From writer Cullen Bunn (DEADPOOL KILLS THE MARVEL UNIVERSE, WOLVERINE) and artist Luke Ross (STAR WARS: THE FORCE AWAKENS, HERCULES) comes a tale of rage unleashed as Darth Maul prepares for his first encounter with the Jedi.

Why It’s Hot: One of the most interesting parts of Star Wars fandom is the fact that one of the most popular characters is from the near universally accepted worst movie in the franchise. Of course I’m talking about Darth Maul in The Phantom Menace. It comes down to the fact that Darth Maul looks awesome, has an iconic weapon, and has been used successfully in other mediums. This week is the character’s first foray into the world of Marvel Comics, courtesy of Cullen Bunn, Luke Ross and company. Those of you that have been reading Marvel’s Star Wars line know just how good every single series from Obi Wan & Anakin to Poe Dameron, and everything between has been. It will be interesting to see what the line has in store for their earliest set comic yet. In fact, it’s only the second series set within the prequel trilogy time frame after the afformentioned Obi Wan & Anakin. Jordan White and Heather Antos have consistently put together great creative teams that have churned out consistently solid reads, and there’s no reason to think this will be any different. Oh yeah… CAD BANE!

• Nadia is on a mission to bring together the brightest Girl Geniuses of the Marvel Universe and change the world, but first, she has to figure out how to find them and get them to join her.

•  With her chaperone Jarvis by her side, her first recruiting mission is going to take her to Washington Heights in search of one of the greatest young engineering minds of our time…one no one has even heard of.

Why It’s Hot: Marvel might have struck gold with The Unstoppable Wasp, as the first issue was as well received as a single issue could be. It seems like if you read it, you liked it. The combination of an extremely talented up and coming writer, a brilliant art team, a wonderful new character that stands on her own despite ties to Avengers’ history, and a focus on females in the sciences make for a comic that readers couldn’t get enough of. The second issues of a comic book are often the most important for the title’s survival, as the allure of a first issue has worn off, but retailers often have to order before seeing how well the book does. That usually means they order conservative, so make sure you make your voices heard and buy this comic on Wednesday. If orders do end up being conservative demand a second printing. Comic books like this are important to a lot of people, so let us make sure it gets the love it deserves!

NEW STORY ARC! “CONQUERED”-In the aftermath of The Whisperer War: ALL IS LOST. ALSO: HOLY CRAP! THIS ISSUE IS .25 CENTS TO CELEBRATE THE 25th ANNIVERSARY OF IMAGE COMICS!

Why It’s Hot: As the hit TV prepares to return later on this month, the long running comic series is celebrating the 25th anniversary of Image Comics, and the start of a new story arc with an issue that only costs a quarter! That’s right, twenty-five whole cents will get you a full sized issue of one of pop culture’s biggest phenomenons. The price alone warranted a special bonus entry into the Hot Five this week. If you have, or had, at least the slightest interest in anything TWD related there’s no reason not to grab a quarter from the bottom of your purse, beneath the cushions of your couch, or out of your car’s center console and pick this issue up!