BEFORE TIME RUNS OUT!

•  How did things get to be the way they are in the “Time Runs Out” story? Find out here in AVENGERS WORLD!

•  Can the new parents survive an encounter with the SHI’AR IMPERIAL GUARD?

Why It’s Hot: When Jonathan Hickman jumped ahead eight months in Avengers and New Avengers for the Time Runs Out storyline readers were left to piece together what had happened to the Avengers during that time. As readers know there were changes across the board both big and small. Now rising star Frank Barbiere (Five Ghosts, New Avengers Annual) and chronically underrated artist Marco Checchetto tell the stories of what happened Before Time Runs Out. Fans of Hickman’s Avengers books do not want to miss out. 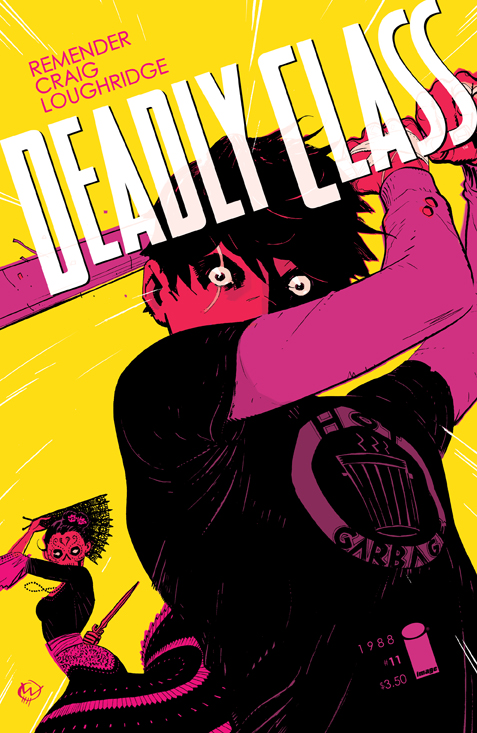 Marcus and Maria fight for their life, and their love, as the sins of their past come crashing down all around them, wielding Uzis, shotguns, and machetes.

Steel your nerves for the heart-pounding finale to the second arc of RICK REMENDER and WES CRAIG’s DEADLY CLASS.

Why It’s Hot: One of the best comics being published today reaches the thrilling conclusion to its second arc. This issue must be read to be believed, as mayhem reigns supreme while our teenage “heroes” are in the battle of their young lives. This issue is about as hardcore as they come, and goes to show that this stellar creative team still have a few ways to surprise the audience.

Welcome to the Meld, an inhospitable dimension in time where Joshua, a chrononaut, finds himself trapped. With no memory or feedback from the team of scientists that sent him, he can’t count on anything but his heart and a stranger’s voice to guide him to his destiny.

Why It’s Hot: Rafael Albuquerque is one of the most talented artists working in the industry today. His work on American Vampire has been some of the most stunning work in the past decade. Now he changes gears a bit by entering the the science fiction genre. Ei8ht is a new twist to an old webcomic of Albuquerque, Tune 8, and to help make the jump to full fledged print comic he has brought in writer Mike Johnson (Supergirl) to co-write. This is an engaging comic that will once again prove that Albuquerque is the complete package.

Cindy Moon exploded out of her bunker and into the Marvel Universe when we first learned that she had been bitten by that same radioactive spider in the first arc of AMAZING SPIDER-MAN. She then went on to save Peter Parker’s life (more than once!) and traverse the Spider-verse alongside Spider-Woman. Now, as SILK, Cindy is on her own in New York City, searching for her past, defining her own future, and webbing up wrong-doers along the way! Robbie Thompson (writer from TV’s Supernatural) fills this new ongoing series with his unique blend of antics and feels. Featuring stunning covers by Eisner Award winner Dave Johnson and interiors by future superstar Stacey Lee.

Why It’s Hot: While Spider-Gwen has been getting the bulk of the attention lately, another new female Spider character has found themselves with a new ongoing series. In many ways Silk may be the more fascinating of the duo, as she has strong ties to the origin of Spider-Man, and is a female PoC. Throw in an intriguing creative team and you have one of the more interesting new title launch of the month. A lot of readers and even retailers may be sleeping on this title, but after reading Hot Five you shouldn’t be! 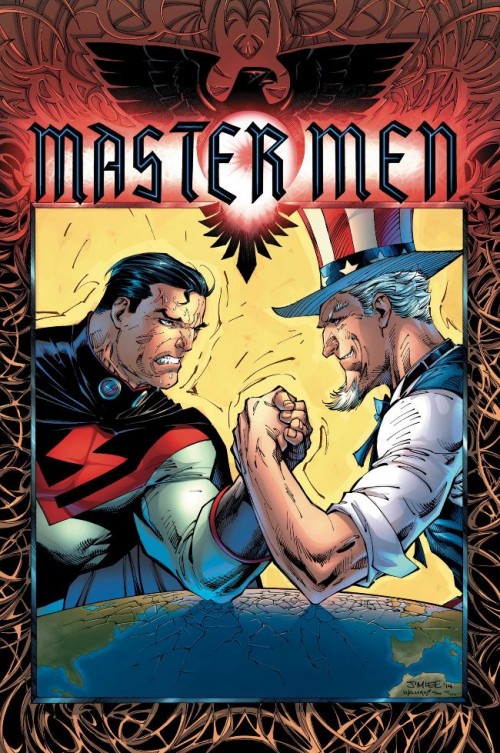 Superstar writer Grant Morrison joins legendary artist Jim Lee on Earth-10 for one of the most dynamic, action-packed issues of this entire world-shattering series – THE MULTIVERSITY: MASTERMEN!

Imagine a world where the Nazis not only won World War II but went on to direct world culture for the next 60 years with the help of an orphaned, alien super-weapon known as Overman! But hope is not lost! Rising from the ashes of oppression are a diverse band of heroes raging against the fascist regime – a band of heroes known as THE FREEDOM FIGHTERS!

What nightmarish parallel worlds haunt the dreams of Overman? Who is the mysterious figure called Uncle Sam? And when the dust settles, will the actions of Phantom Lady, Black Condor, Human Bomb, Doll Man and The Ray be enough to stop Leatherwing, Blitzen and the other “heroes” of Earth-X?

Learn all this and more in this exciting issue that acts as chapter seven of the critically acclaimed MULTIVERSITY storyline.

Why It’s Hot: The Multiversity rolls on as the great Grant Morrison brings in arguably the most popular comic book artist in the history of comics, Jim Lee, to tell the story of what would happen if Superman landed in Nazi Germany instead of Smallville. Two of the best creators of the past twenty five years are ready to blow our minds as Uncle Sam and the Freedom Fighters take on Overman and the evil Nazis! Did I mention Grant Morrison teaming up with Jim Lee together for the first time since their one issue of WildC.A.T.S.?