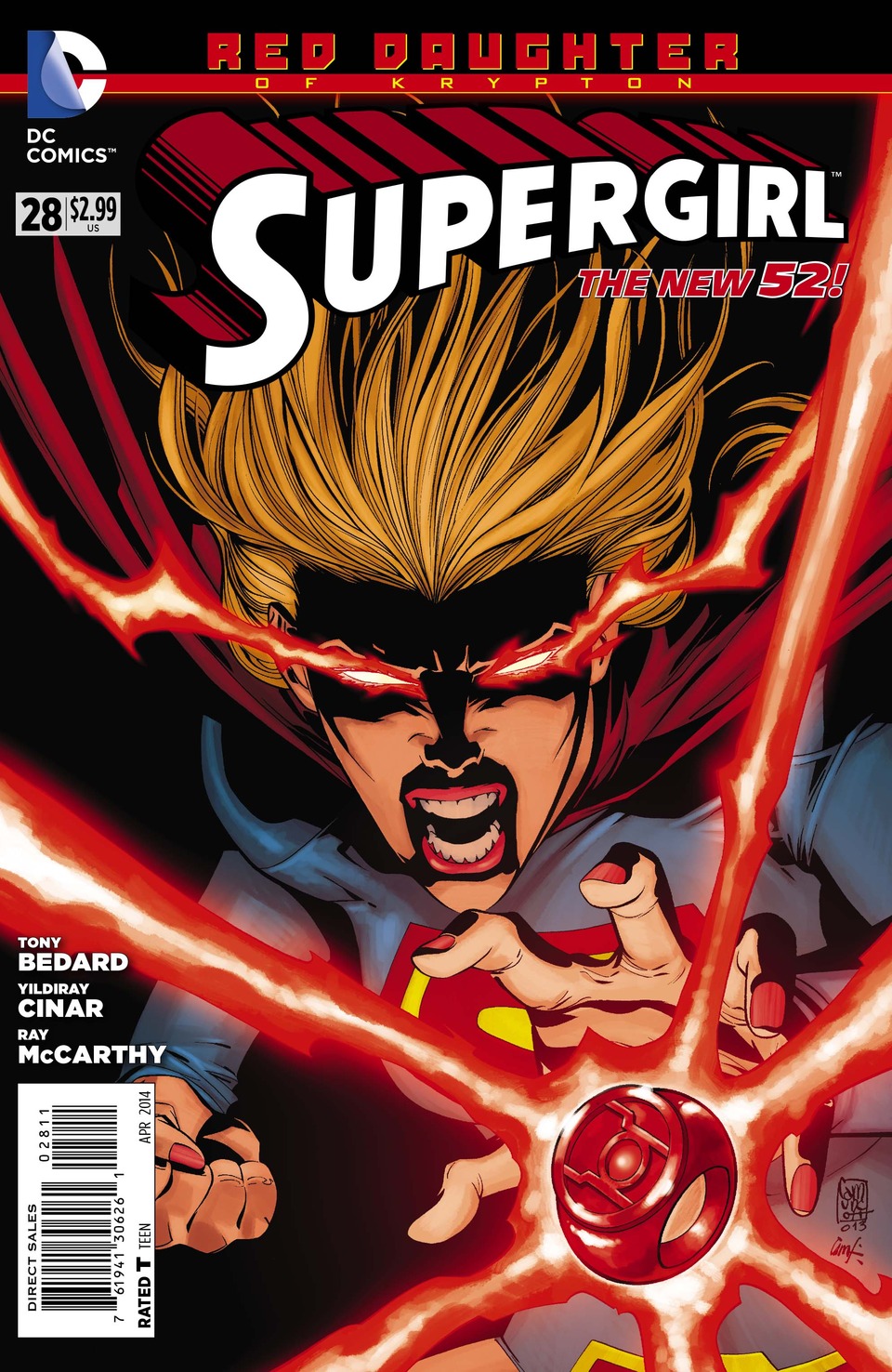 • Shang-Chi vs. The Gorgon– a fight to the death for control of The Hand.
• 20 straight pages of bone-crushing martial arts action, like you’ve never seen it before.

Why It’s Hot: After a shaky debut issue, Avengers World #2 proved to the world that a third core Avengers title not only made sense but could be amazing. Continuing the focus on the newer members of the team, issue 3 features the marshall arts driven exploits of Shang-Chi: Master of Kung-Fu as he takes on The Gorgon. Hickman and Spencer have shown us that they can balance the action with strong character work, so the promise of “20 straight pages of bone-crushing martial arts action” along with a further look into the mind of Shang-Chi should have readers excited about this issue’s prospects!

Why It’s Hot: Daredevil has been one of Marvel’s best books for the past decade and Mark Waid’s take on Matt Murdock and friends is arguably the best the book has ever been period. Now as Waid and regular artist Chris Samnee close out the current volume we can expect this final issue to shake up the status quo and set the stage for the All-New Marvel NOW! relaunch next month 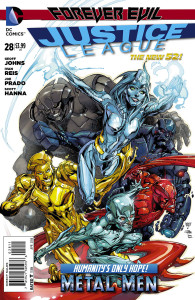 “FOREVER EVIL” continues! With the Justice League gone, new heroes continue to rise up throughout the DC Universe! The Crime Syndicate tried to kill him, but now Cyborg is back to settle the score — and with him are The Metal Men!

Why It’s Hot: Over the past few months DC has been introducing classic characters and concepts to The New 52 at an accelerated pace it would seem. In the midst of Forever Evil Geoff Johns brings The Metal Men back into the fold! After Platinum made in appearance last year people have been wondering when the rest of Will Magnus’ team of robot superheroes would show up. Not to mention the new look Cyborg finds himself in actin for the first time!

WARRIORS REBORN! Adventurers SPEEDBALL and JUSTICE have come together with a group of young heroes including NOVA, SUN GIRL, and HUMMINGBIRD (and even a couple of new faces) to stop the latest threat to the Marvel Universe—the Atlanteans, Inhumans, clones and hundreds of other so-called “superior” beings are living among the humans of the Marvel Universe, but not everyone is pleased about it. THE HIGH EVOLUTIONARY has raised an army to combat the evolution of humanity – and the New Warriors are locked in his sights!

Why It’s Hot: Marvel’s premiere 90s teen superhero team is back! Featuring the return of old favorites like Speedball and Justice with new faces like Sam Alexander Nova, this volume of New Warriors promises fresh twist on the concept. Also of note, fans of the recently finished Scarlet Spider series need to look no further than this, as Yost picks up the adventures of Kaine right here. 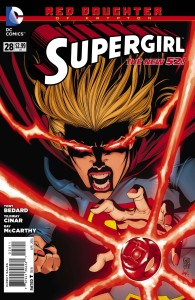 A RED LANTERN RING is coming to get Kara — and it will change her forever! No lie! Not an imaginary story! It’s really going to happen! “Red Daughter of Krypton” starts here!

Why It’s Hot: Tony Bedard has taken the reigns of Supergirl and is looking to turn the adventures of Kara Zor-El on their heads. First was the conflict with the new look Lobo and now Supergirl gets a ring. That’s right folks, one of the strongest characters in the DC Universe is filled with rage and the Red Lanterns will be there to help. Supergirl as a Red Lantern has potential to be the most interesting thing done with the character in years!