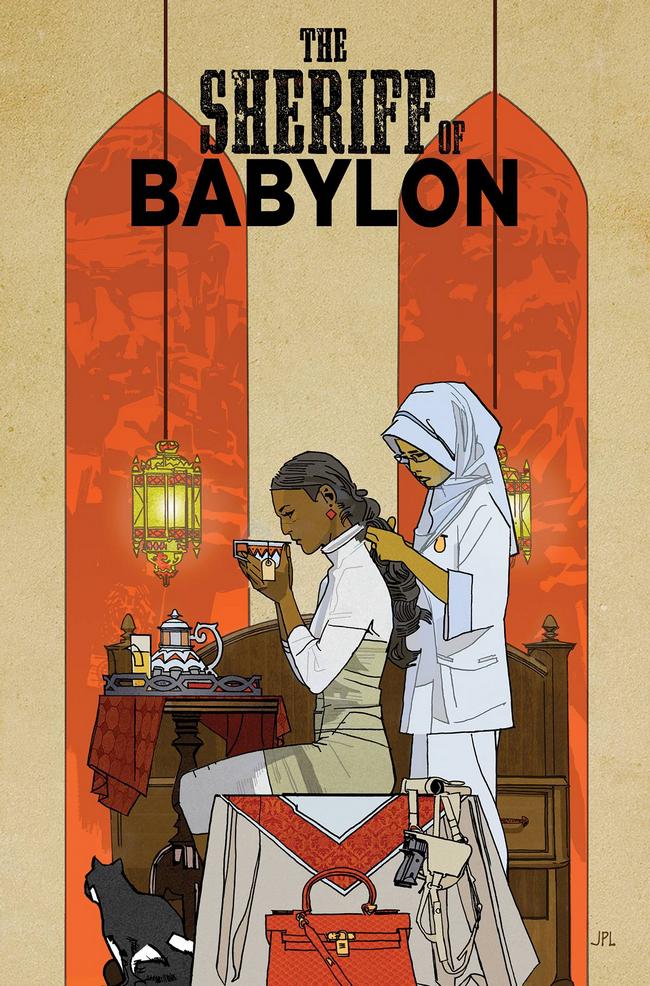 Deadpool might be an Avenger now, but he’s also got his own private team of mercenaries…the legally-cleared-to-be-called MERCS FOR MONEY! Got a problem you can’t solve on your own and a pile of money you’d like to be rid of? Just call Deadpool, Stingray, Massacre, Solo, Foolkiller, Terror and Slapstick and watch as that problem is shot, stabbed, eviscerated, pulverized and generally made bloody!

Why It’s Hot: Cullen Bunn has done a phenomenal job over the last few years with Deadpool. Instead of working on the main series, Bunn has crafted numerous mini series that put the MERC With A Mouth in crazy situations. Under Bunn he has killed the Marvel Universe, killed classic literary characters, killed Deadpools throughout the multiverse, and stopped a zombie apocalypse while causing an even worse plague of Deadpools. Bunn returns to the character just in time for the movie that comes out next week. With what’s come before, and this cast of characters, who knows how crazy this story will get!

What’s to Love: From Oz to Shawshank Redemption, we just love great prison dramas. But what if the prison in question…is an animal shelter? Ryan Ferrier (Curb Stomp) and Daniel Bayliss (Translucid) combine the tradition of great anthropomorphic stories like Wild’s End and Blacksad with the madcap twists of Six-Gun Gorilla and The Spire in their new series Kennel Block Blues.

What It Is: Oliver is a good dog. A family dog. But without warning, he’s sentenced to Jackson Kennel, where he’s instantly placed on Death Row with the rest of his fellow inmates, awaiting a lethal appointment on The Table if salvation doesn’t come. He’ll need help escaping the Kennel, but when the stress of prison life builds, he starts escaping reality instead, imagining a fantasy world of cartoon friends. It’s time to break out…into a musical number?

Why It’s Hot: BOOM! Studios has quietly become one of the most dependable publishers in the industry over the past few years. Whether it be licensed content, comics aimed for a younger crowd, or original creator owned series, BOOM! has it all. Kennel Block Blues has potential to be one of their better offerings. This is a great idea for a comic. I find it hard to believe that a “Prison” story featuring anthropomorphic animal characters in a shelter hasn’t been done before, or if it has that I don’t remember it. The story is clever, and the art team of Daniel Bayliss, and colorist Adam Metcalfe jump back and forth between two distinct styles with great success. I had never heard of this comic until this week, and I’m glad I found it. I’m here to make sure you don’t overlook this gem. Check out Nikki Sherman’s advance review here: http://www.comicosity.com/advance-review-kennel-block-blues-1/ 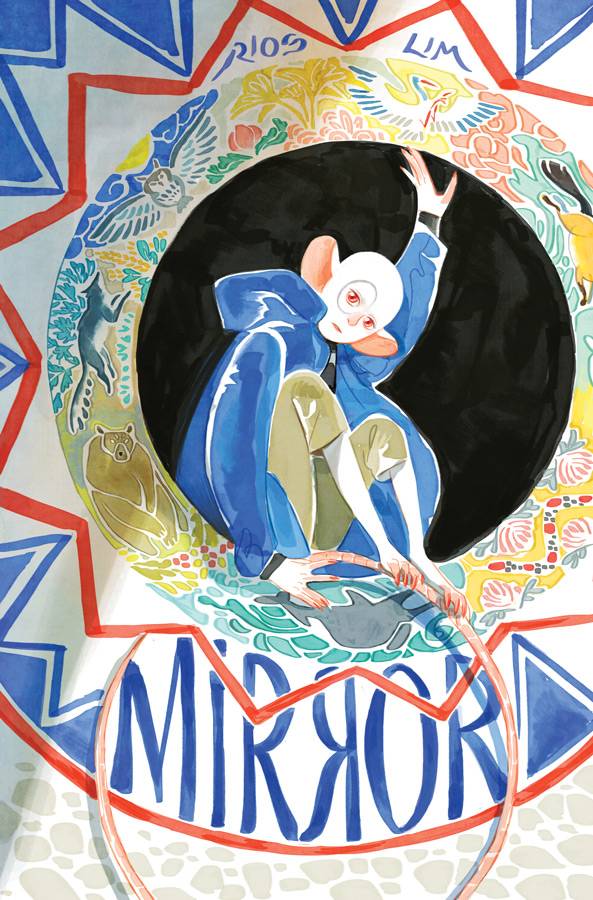 EMMA RÍOS (PRETTY DEADLY, ISLAND) and HWEI LIM (Lalage, Hero)
team up for a new ongoing series, following a terrorist talking dog, an idealist mage, and a heroic lab rat on their quest for acceptance.

Why It’s Hot: Originally conceived to be the sixth issue of 8House, Emma Rios and Hwei Lim’s stunning series debuts on its own as an ongoing series. Mirror is still a part of the 8House Universe, but after some rebranding of the 8House name, the title is now getting its own ongoing series. The first issue follows the lead of the first five issues of 8House by being absolutely gorgeous. If you haven’t read the other stories in the universe it’s okay. Part of the reason the series was rebranded was to emphasize that it stands on its own. Considering the strange path it has taken to publication, Mirror may be flying a bit under your radar. Don’t let it. Emma Rios puts down the pencil, and picks up the pen to write a whimsical, surreal story that is brought to life by Hwei Lim’s in a near perfect manner.

Miles Morales has been doing the super hero thing for a while, now, but after SECRET WARS, he’ll be a full-fledged member of the Marvel Universe. Swinging next to The Invincible Iron Man, The Mighty Thor and the All-New Captain America as a card-carrying member of the Avengers is an adventure, but it’s not all fun and games for New York City’s main Spider-MAN! What happened in the eight month gap? It all starts in SPIDER-MAN #1!

Why It’s Hot: Miles Morales enters Marvel’s Prime Universe in this brand new ongoing series. In Secret Wars we saw how Miles survived the death of his universe. In All New All Different Avengers we’ve seen him join the latest iteration of Earth’s Mightiest Heroes, and now his creator, Brian Bendis, gets to establish Spider-Man’s new status quo. Who else survived because of the burger? Did any of the other Ultimate Universe characters make the leap? Ganke has to be around right? For fand of Miles Morales this is a brand new exciting chapter of his story. For everyone else, this is the perfect chance to see why Miles is one of the most beloved characters in all of comics.

THE SHERIFF OF BABYLON #3
Written by Tom King
Art by Mitch Gerads
Published by DC Comics/Vertigo – $3.99

The epic, brutal crime tale continues. In the power vacuum left after the American invasion of Iraq, no one is safe. Christopher, Sofia, and Nassir attempt to navigate this dangerous landscape to find the story behind a mysterious dead body. But as they get closer to the truth, and to each other, the bombs start to fall.

Why It’s Hot: This is a special comic book series. With the rise oF ISIS on the minds of the world, the failure of the Iraq War, and how it helped shape the world today has been a popular talking point. It may not tackle the formation of ISIS directly, but that doesn’t make this series any less relevant. The series takes place following the Fall of Baghdad when things started to go sideways. King, having knowledge about the subject matter has weaved a meticulous piece of murder mystery noir with all of the complicated politics and religious aspects in place. This is all brought to the page by arguably the best military artist in the business today, Mitch Gerads. When it comes to military and war themed comic art, Gerads is on his way to becoming the Joe Kubert of this era (That’s high praise).  The end result has been two spectacular issues, with the third going straight to the top of my read pile this week.