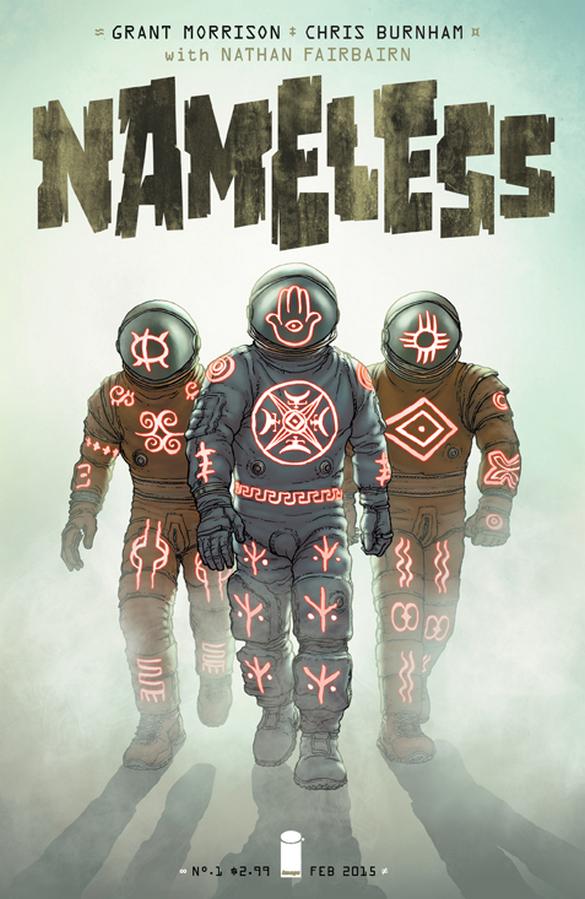 •  The Black Vortex, an ancient artifact imbued with immeasurable power, is now in the hands of Mr. Knife!

•  With billions of lives potentially at stake, Peter Quill, the Legendary Star-Lord, is going to have to dust off his thieving gloves.

Why It’s Hot: Sam Humphries and Ed McGuniess kick off the next big Marvel cosmic event. The Black Vortex has been seen in Legendary Star-Lord, and its power has been hinted at, but now the battle for the powerful artifact begins. The cosmic side of the Marvel Universe has been amazing the past few months, and this story will bring them all together for a big story featuring some of the most talented creators in the business. Buckle up! This is going to be a wild ride.

An astronomer kills his family, then himself, leaving a cryptic warning.
A Veiled Lady hunts her victims through human nightmares.
An occult hustler known only as ‘Nameless’ is recruited by a consortium of billionaire futurists for a desperate mission.

And the malevolent asteroid Xibalba spins closer on a collision course with Earth.

But nothing is what it seems-a terrifying inhuman experiment is about to begin.

Abandon all hope and experience ultimate horror in NAMELESS.

Why It’s Hot: The Batman Incorporated creative team are back together again in a brand new title that couldn’t be more different than Batman. This is Grant Morrison at his most Morrison-esque as this debut issue is absolute bonkers. There’s a little bit of horror, a little bit of Sci-Fi, and a whole lot of awesomeness brought to the page by Chris Burnham and colorist Nathan Fairbrain. This is one of the most anticipated releases of the month, and you don’t want to miss out! 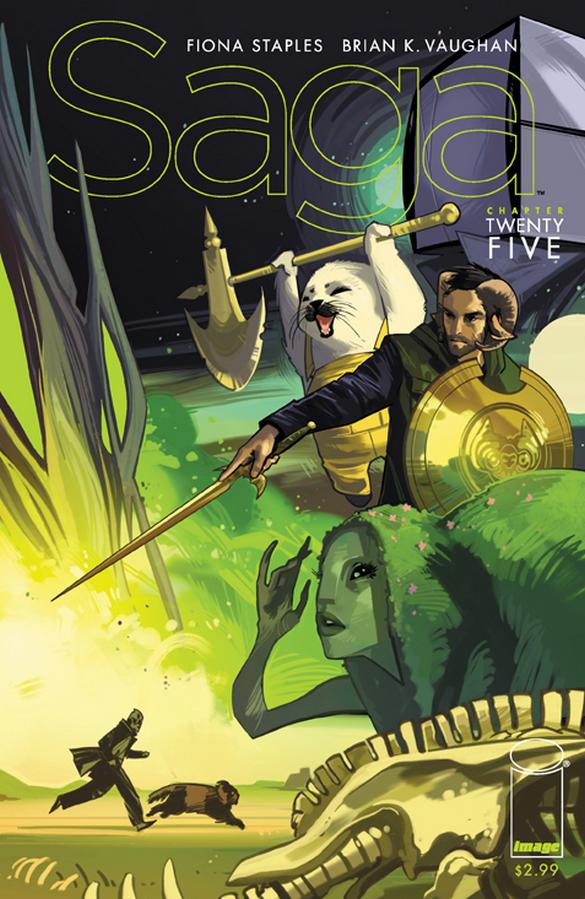 Saga is back, as is almost the entire cast! And as thanks to retailers and readers for helping our audience continue to grow every new arc, Fiona Staples created an amazing wraparound cover for this action-packed issue, which is still only $2.99, the best deal in comics!

Why It’s Hot: The three month wait has been tough, but Saga is back. There are so many great comics coming out, and with so many amazing books to read it’s easy to overlook those that have been around awhile. Rest assured friends, Saga is still one of the best comics being published. 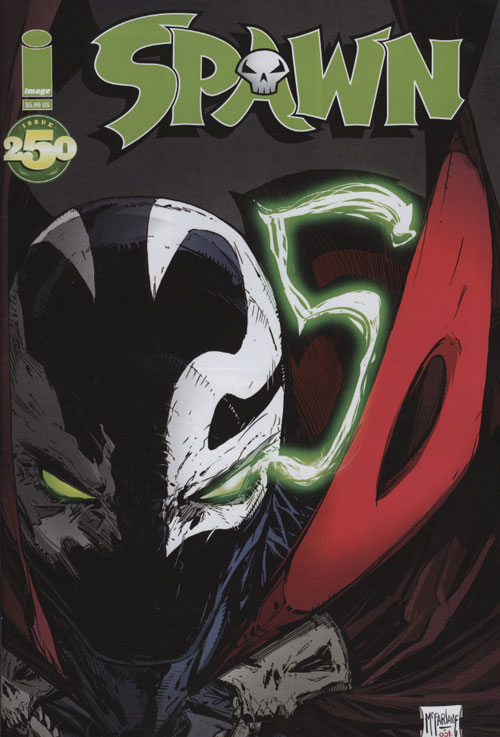 This HUGE, TRIPLE-SIZED 250th ANNIVERSARY ISSUE marks only the second time an independent comic book has reached such a lofty number! This issue marks the cataclysmic climax in the story of the current Spawn: Jim Downing’s final struggle against his costume while the fate of New York City lies in the balance.
From the ashes of that battlefield comes the long awaited return of the original Spawn… AL SIMMONS.
The celebration of this anniversary issue will feature covers from TODD MCFARLANE, GREG CAPULLO (Batman), SKOTTIE YOUNG (Rocket Raccoon), JOCK (Detective Comics), SEAN MURPHY (The Wake), and PHILIP TAN (Batman and Robin).

Why It’s Hot: Image Comics has been around for the past 22+ years, and one constant has always been Spawn. One of the original Image launch titles reaches a huge milestone, and they are celebrating in style. A triple sized issue, covers by some of the best artists working today, and the return of the original Spawn, Al Simmons. If you’ve fallen off the Spawn bandwagon, now is a great time to jump back on, as McFarlane and company have big plans for 2015.

THE GREATEST SPACE ADVENTURE OF ALL TIME CONTINUES!
•  The Rebel assault on Cymoon 1 continues!
•  Luke Skywalker – cornered by Darth Vader!
•  Han, Leia, and the others – trapped!

Why It’s Hot: The first issue was the best selling comic of the decade, and received near universal praise. There was a lot of hype, and the issue lived up to it in almost every conceivable way. There is a lot of pressure to follow up the stellar debut with a strong second issue. If any creative team is up to the task it is this one. It’s just hard not to get excited about this book.