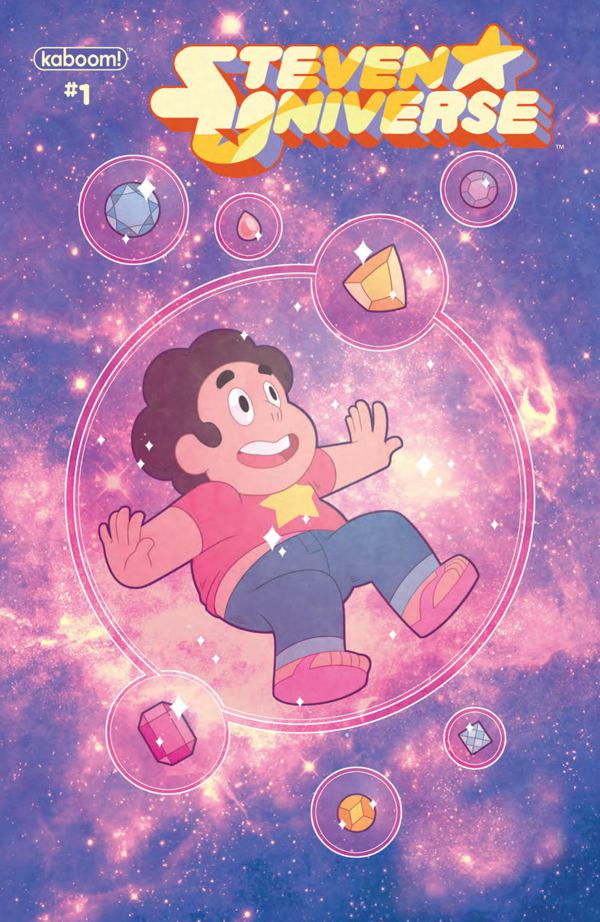 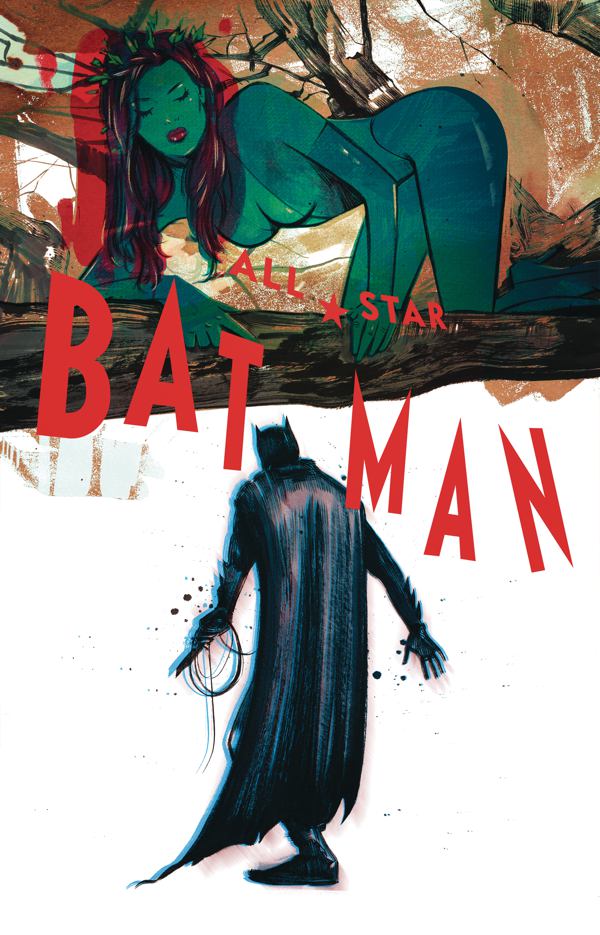 “Poison Promises”! Step aside, gentlemen-Poison Ivy is about to steal the spotlight in Batman’s continuing rogues gallery road trip. Scott Snyder teams up with mega-talent Tula Lotay to reimagine the Dark Knight’s most seductive villain.

Why It’s Hot: All Star Batman has been the place where Scott Snyder has been doing awesome things with some of the most iconic members of the greatest rogue galleries in all of comics. The best part has been the talent working with Snyder. We’ve had JRJr, Shalvey, Jock, and now Lotay gets in on the fun. The other big aspect of this week’s issue is that it is a Poison Ivy showcase. She has had her own miniseries, a major role in the first arc of Trinity, but now we get one of the best Batman writers ever putting his stamp on the character. 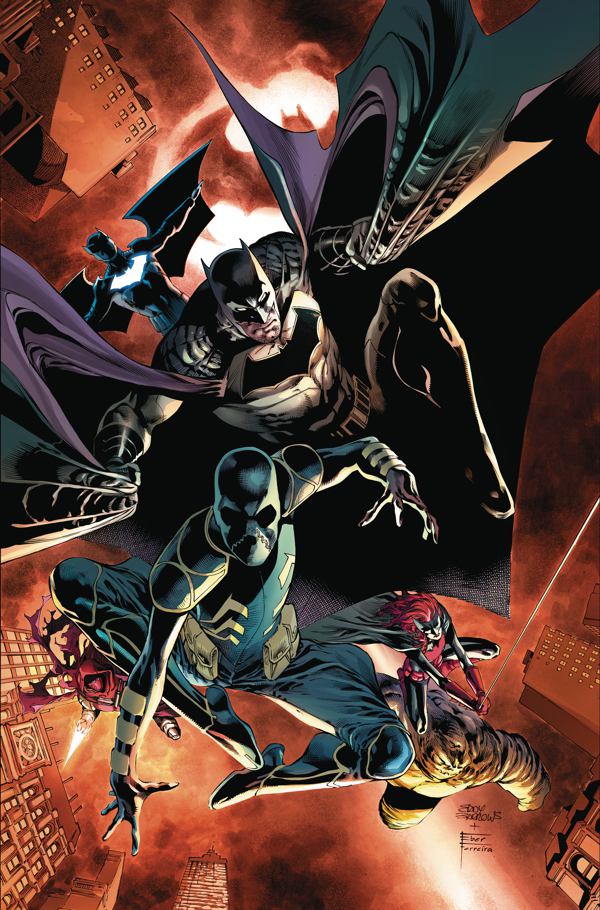 “League of Shadows” prologue! Celebrate 950 issues of the original Batman series with this extra-sized extravaganza! Cassandra Cain has stayed out of the spotlight on Batman’s team as she slowly comes to terms with the civilized world she was kept away from all her life…but the time for her to step up is fast approaching! Will she ever learn how to fit in among the masses, or will she always be more weapon than woman? Plus: a primer on the history of the League of Assassins, and an adventure with the team’s newest recruit: Azrael, the Avenging Angel!

Why It’s Hot: It’s not often in today’s comic book landscape that we get to celebrate an anniversary issue, so it’s exciting to see a self proclaimed oversized extravaganza, as Detective Comics continues to march towards issue 1,000. It also helps that Tynion’s run has been phenomenal so far, and Takara joining the team in art is something to get excited for. 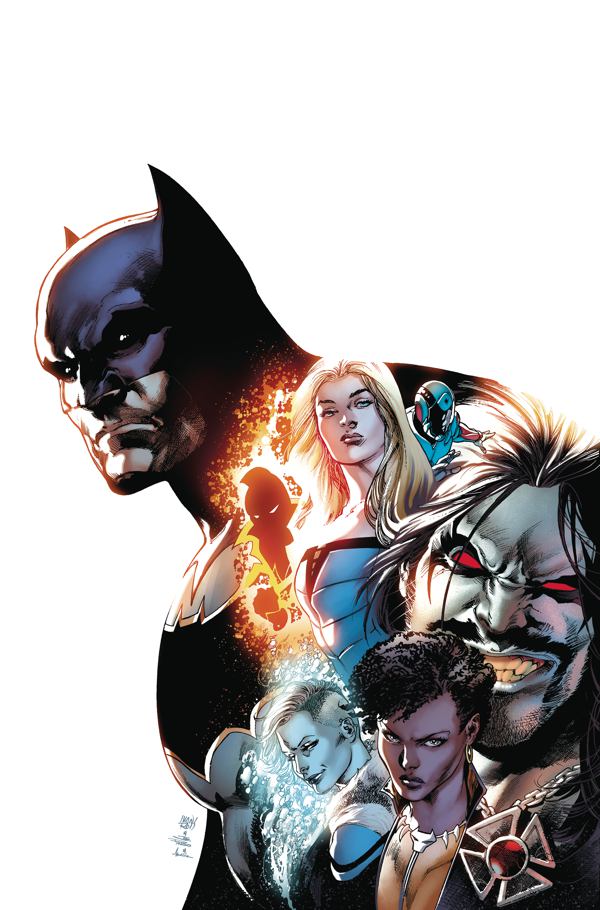 Batman, Black Canary, Killer Frost, the Ray, Vixen, the Atom, and…Lobo?! Spinning directly out of the events of JUSTICE LEAGUE VS. SUICIDE SQUAD, join the sensational team of writer Steve Orlando and artists Ivan Reis and Joe Prado and discover how Batman assembled the roughest, toughest Justice League of all time!

Why It’s Hot: It feels like the last few months of DC comics have been building to this moment. The series was setup by the events Justice League Vs. Suicide Squad, there have been a number of one shots establishing the members of the team for the Rebirth era, and now the series is kicked off with a one of comic’s brightest new stars is teamed up with one of the best artists of this era for arguably the biggest comic this month. This is going to be good. 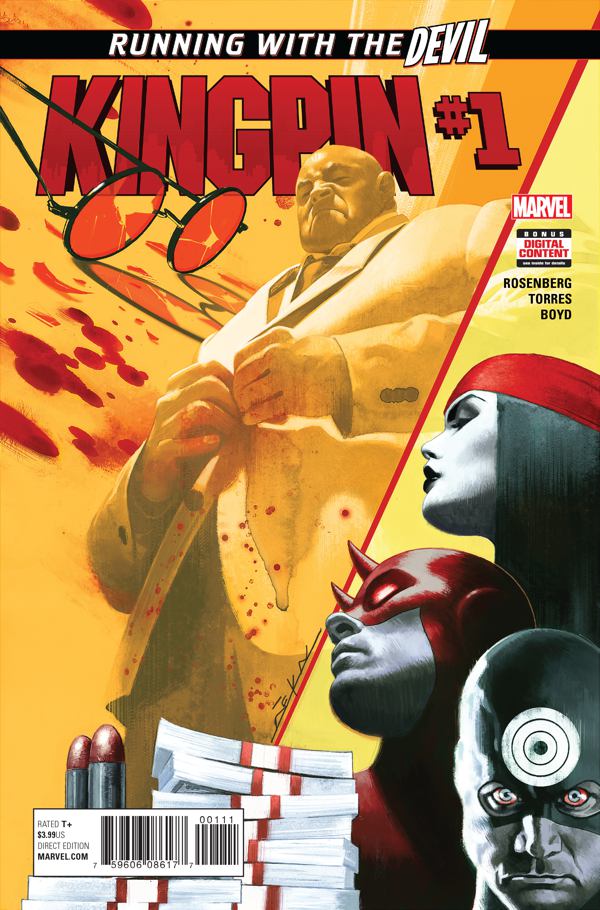 WILSON FISK BUILDS A BRAND-NEW EMPIRE!
The KINGPIN has done bad things. Deplorable things. He has cheated the law. He has blackmailed rivals. He has killed. But that’s all in the past. The Kingpin is back in the city that he loves and ready to make his mark as a titan of legitimate industry, but needs to rekindle his public image. When Wilson Fisk makes disgraced journalist SARAH DEWEY an offer she can’t refuse, the spiraling saga of crime and betrayal begins anew. Don’t miss the start of Kingpin’s ongoing series, written by breakout writer MATTHEW ROSENBERG and illustrated in the heavy noir stylings of BEN TORRES, as Manhattan’s criminal mastermind returns to the Big Apple with honorable intentions, but no one in his circle remains pure on his climb back to the top.

Why It’s Hot: In my humble opinion, the best part of Civil War II was Matthew Rosenberg’s take on Kingpin. It was so good that we get more in the form of a new series launching this week. Rosenberg has proved over and over again that he is going to be a superstar in this industry, and we may look back at his take on Wilson Fisk as what put him over the top. If you didn’t read the mini just trust me and pick this up, and the miniseries while you’re at it. You’ll thank me later!

We’re bringing Steven Universe back to comic books with more Steven, more gems, and more of the characters we all love in an all-new ongoing series!

Writer Melanie Gillman (As the Crow Flies) and artist Katy Farina (The Amazing World of Gumball) are teaming up for the start of a new adventure for the entire gang.

Based on Cartoon Network’s Emmy-nominated series, created by The New York Times best-selling author Rebecca Sugar, Steven Universe follows Steven, the “little brother” to a team of magical guardians of humanity-the Crystal Gems. The show is currently in its fourth season and has earned millions of fans of all ages worldwide.

In this kickoff issue, Steven, Lapis, and Peridot rescue a baby songbird on the ground outside the barn and work together to reunite it with its mother.

Why It’s Hot: Steven Universe, one of the most popular cartoons on television today is finally getting its own ongoing comic! This has worked out wonderfully for the Adventure Time property, which is over 60 issues and multiple OGNs and miniseries into its run at BOOM! Studios. So we know the property ismon good hands. If you can’t get enough of Steven and the Crystal Gems this comic is for you.