It’s high-stakes espionage in the Marvel Universe in this brand-new series inspired by the hit television show Marvel’s Agents of S.H.I.E.L.D. Tony Stark guest-stars in the beginning of “THE COULSON PROTOCOLS.”

Why It’s Hot: An All New All Different series featuring a new creative team, and the cast of the TV show has the potential to be a solid crossover comic. If Marvel can tap into a fraction of the hardcore fans of the show that don’t read comics, and get them interested in this series, this can be one of the biggest comics around.

Picking up where GREEN LANTERN: LOST ARMY left off! As the universe around them reaches entropy, the Green Lantern Corps must find a way home! Along the way, they’ll face dying gods, worlds torn asunder and a desperate group of survivors whose only hope is these cosmic heroes.

Why It’s Hot: Ethan Van Sciver returns to the Green Lantern for this six issue mini series, with the red hot Tom Taylor in tow. This creative team should have both the hardcore Green Lantern fans, and those who haven’t been keeping up with the franchise excited to check this series out.

What’s to Love: The Power Rangers franchise is a true multi-generational, worldwide franchises. With its flashy costumes, mecha Zords, and-at its core-a story of superpowered teens who fight against evil alien forces, the Power Rangers are a pop-culture phenomenon that has continued to resonate with fans for over 20 years. As a new film gets ready for release in 2017, we, as huge Power Rangers fans ourselves, are excited to produce a modern Power Rangers comic featuring the characters of the original Mighty Morphin series.

What It Is: It’s Morphin Time! The Mighty Morphin Power Rangers make their BOOM! Studios comic debut in this kick-off #0 issue that sets the stage for the rest of the series. After escaping Rita Repulsa’s mind control, Tommy Oliver, the Green Ranger, joins up with the rest of the Power Rangers to combat her never-ending evil plans. Any semblance of a normal life is gone for Tommy now, but with his newfound family there lies hope for a brighter path. Includes the short story from the San Diego Comic-Con exclusive Mighty Morphin Power Rangers comics!

Why It’s Hot: For my people my age there was nothing bigger than the original Mighty Morphin Power Rangers. The show, the toys, the movies, it was a phenomenon unlike any other. It’s taken years, but the nostalgia machine has caught up with the MMPR, and we are finally getting a comic. This should be a lot of fun, as Kyle Higgins is a noted fan of the franchise. It will be fun to jump back into this universe two decades after we were first introduced to it.

Why It’s Hot: It may have taken awhile, but the end is finally here. It is the end of an era, as Jonathan Hickman’s instant classic run, and his time at Marvel for the foreseeable future, both come to their conclusion. 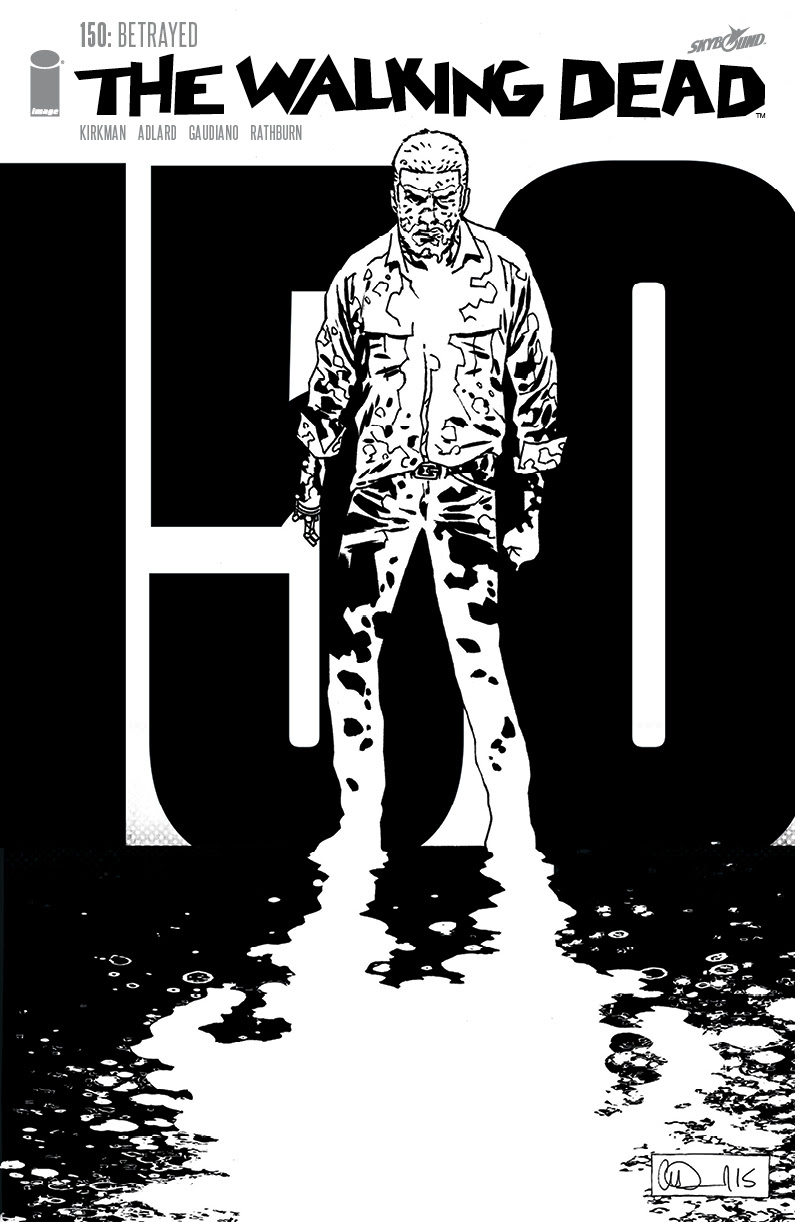 SPECIAL EXTRA-SIZED ANNIVERSARY ISSUE – 40 PAGES FOR ONLY $2.99!
In our 150th issue, Rick Grimes finds himself… BETRAYED.

Why It’s Hot: It seemed just like yesterday that issue 100 was released, and the biggest moment in the series’ history happened. Robert Kirkman knows how to do anniversary issues, and this one should be no different. 40 pages for $2.99, and a whole host of awesome variant covers by some of the best artists working today is also exciting.