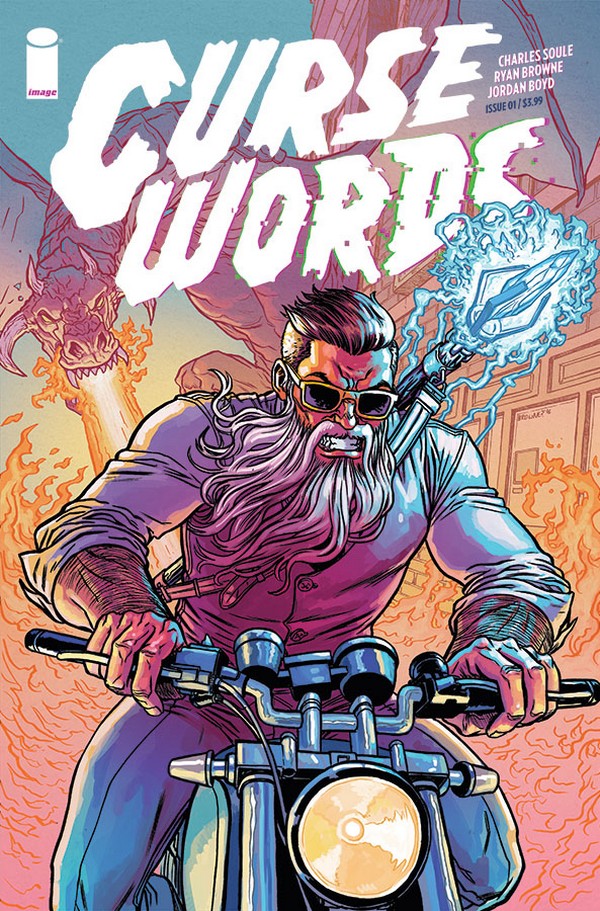 Welcome to the Comicosity Hot Five! Hot Five is a short list of the top books we think you’ll want to be checking out. Be they new title launches, key issues or just continuing stories from some of the industry’s most acclaimed books, this list is your guaranteed gold in the comic market. 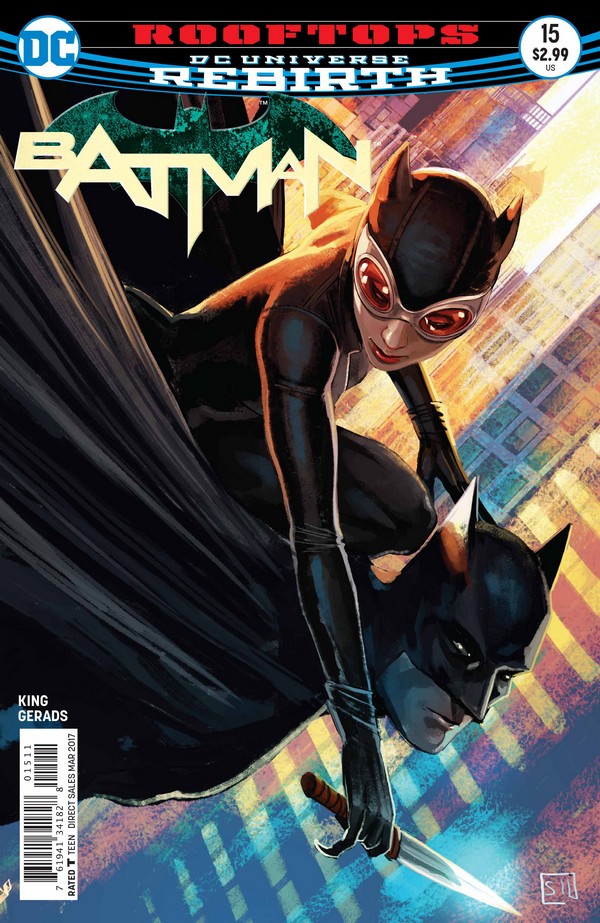 How do you solve a problem like Selina Kyle? Is she a hero? Is she a villain? Can Batman and Catwoman ever really work things out? The award-winning team of Tom King and Mitch Gerads of Babylon (SHERIFF OF BABYLON) bring you “Rooftops,” a story in which Batman must decide once and for all what to do about Catwoman.

Why It’s Hot: It’s safe to say that Tom King has found his groove with recent issues of Batman. After one of the best issues in recent memory to feature The Dark Knight with #12, King has now produced one of the best Batman/Catwoman stories ever. This is superhero comic booking at its finest. 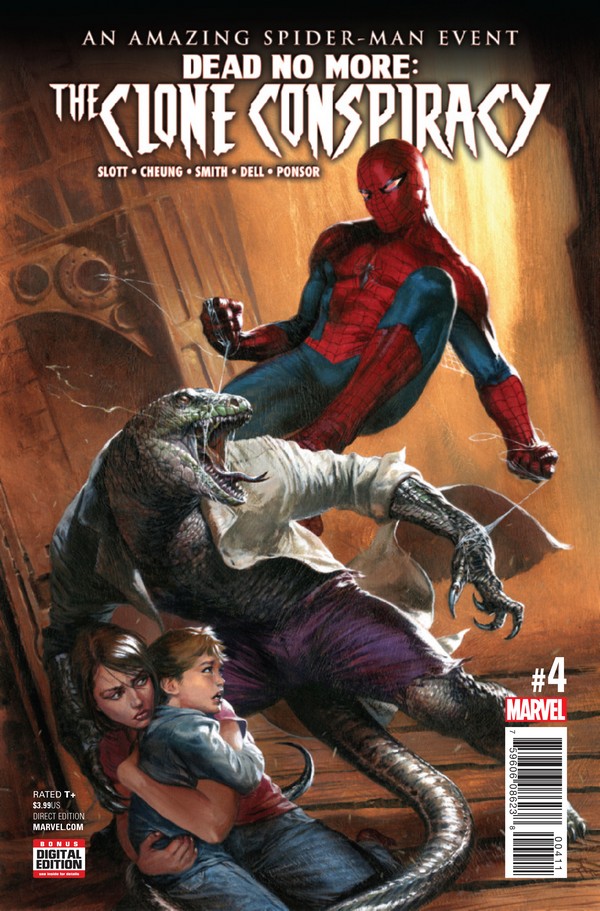 • The darkest Spider-Man story ever gets EVEN DARKER!
•  Doctor Octopus and the Lizard have both been on a tight leash, but decide it’s time to stop playing nice…

Why: Now this is how you do an event comic. Big moments every issue that explore the characters and move the plot forward, huge twists, sparse but meaningful tie-ins, and a great creative team on the top of their game. Slott, Cheung, and company have made sure that readers are left anticipating the following issue from the moment they flip past the last page. I can’t wait to get my hands on this one Wednesday morning.

“THE DEVIL’S DEVIL,” Part One
The new ongoing series from CHARLES SOULE (Daredevil, Death of Wolverine, Star Wars) and RYAN BROWNE (GOD HATES ASTRONAUTS) is COMING FOR YOU! A wizard has appeared in New York City, and he’s casting wonderful spells, getting famous, getting rich-it’s great! But it’s not. This wizard has everyone fooled. He is actually an EVIL WIZARD, and EVIL THINGS are on the way. CURSE WORDS is a gonzo modern fantasy, full of darkness, light…and MAGIC

Why It’s Hot: Charles Soule returns to Image Comics in one of the most anticipated creator owned series of 2017! That should be enough to get readers excited, but if it doesn’t you might be persuaded by the brilliant artwork by Ryan Browne. This is one comic that’s not to be missed. 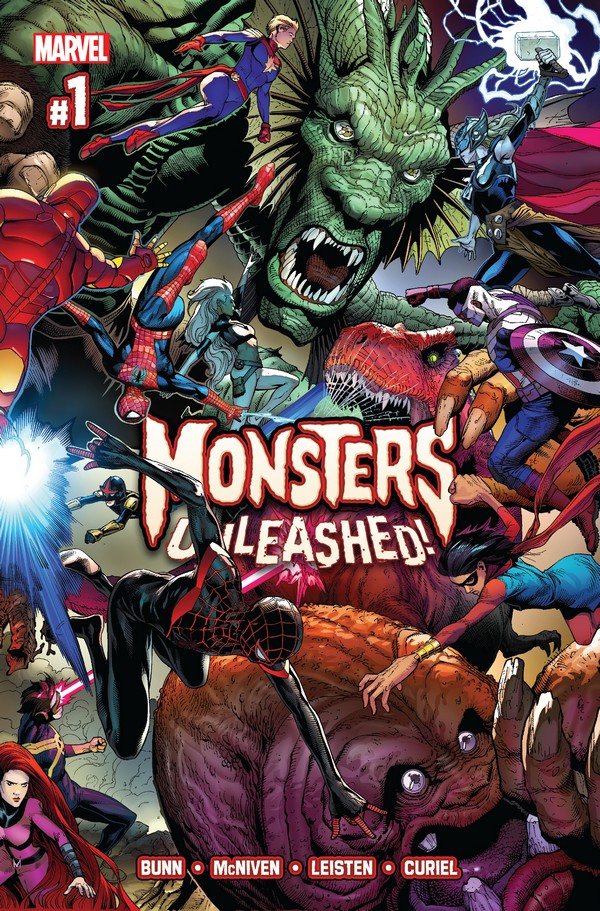 THE EPIC BATTLE MARVEL FANS HAVE BEEN WAITING FOR, DRAWN BY TODAY’S GREATEST ARTISTS!!!

It’s all hands on deck with the AVENGERS, CHAMPIONS, GUARDIANS, X-MEN and the INHUMANS as they clash with monstrous threats that threaten to destroy every corner of the Marvel Universe. Who are the LEVIATHONS? Who controls them? How can they be stopped before Earth becomes another tragic, barren world in their wake? Written by powerhouse writer CULLEN BUNN and drawn by Marvel legend STEVE McNIVEN, this issue is the beginning of something big that you just can’t miss!

Why It’s Hot: I don’t think there’s ever been a Marvel event that’s been so accessible. All you need to know is that it’s heroes versus monsters courtesy of Cullen Bunn and a group of mega superstar artists. This one has fun written all over it, and there’s no doubt it’s going to look absolutely amazing. 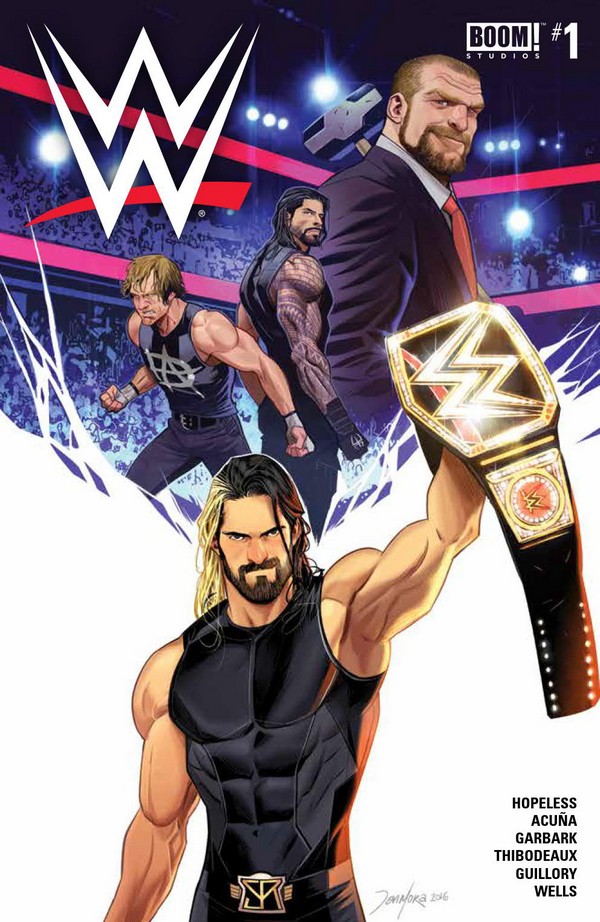 BOOM! Studios is proud to present the most authentic line of ongoing WWE comics. Each issue will feature your favorite Superstars in stories that go beyond what you’ve ever seen on TV. The first story arcs detail the “Breaking of The Shield.” Seth Rollins. Roman Reigns. Dean Ambrose. Together they formed The Shield, one of the most dominant factions in WWE history-until the ultimate opportunist Seth chose to betray the group at the behest of Triple H, the “King of Kings” who has cemented himself as the authority in control of WWE. Now, eager to prove himself, Seth is on the hunt for the WWE Championship, a journey that will send him on a collision course with his former brothers… Includes a backup story starring The New Day by Ross Thibodeaux (Mighty Morphin Power Rangers 2016 Annual) and Rob Guillory (Chew).

Why It’s Hot: There seems to be quite a bit of crossover between comic book readers, and wrestling fans. In fact, the only fandom I’ve personally been a part of longer than the comic book fandom is wrestling. Some of my earliest, and most lasting memories are of larger than life WWE Superstars. One of my earliest comic book memories is of the old WCW comics published by Marvel in the early 90s. After a solid one shot a few months back, BOOM! Studios is ready to unleash the next generation of comic books set in the squared circle. With a lead story featuring the rise of Seth Rollins as a solo star, and a set of amazing covers this issue is a must read for wrestling fans everywhere!