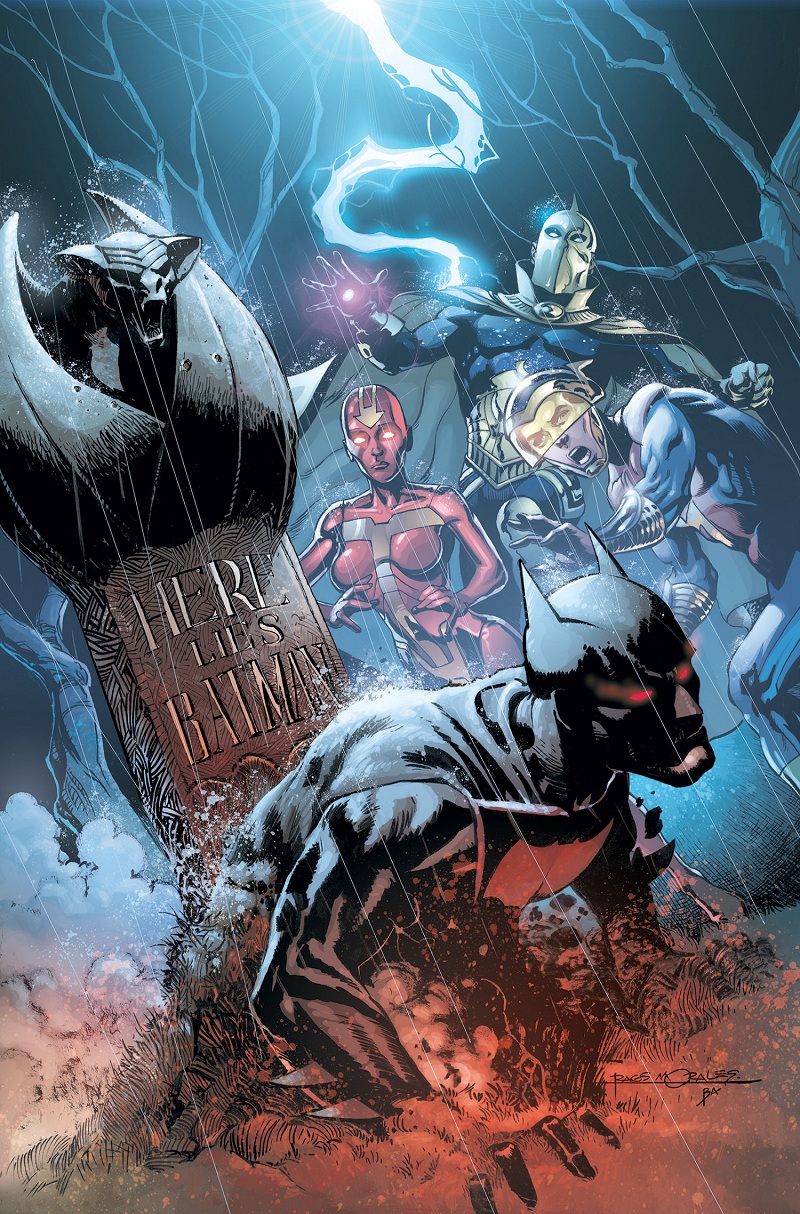 Shell-shocked and battered, Grant McKay and his team are stranded on the front lines of the European savages’ final standoff against the Sons of the Wakan Tech-Tanka. Will this inverse manifest destiny claim the life of a member of the Anarchist League of Scientists? Or will they be betrayed by one of their own?

Why It’s Hot: Between his continuing epic run on Uncanny Avengers, his Kirby-esque run on Captain America, last week’s release of the near perfect first issue of his other creator owned title Deadly Class or the sheer awesomeness of the first two issues of Black Science, Rick Remender is on absolute fire over the past few months. If you aren’t reading Black Science don’t get left behind, as the first two issues proved to me a mind bending, action packed, beautiful trip through multiverse. Comics do not get much better than this. 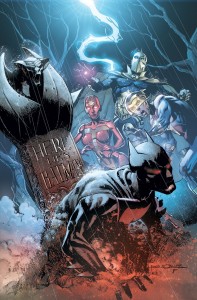 The origin of Earth 2’s new Batman is revealed. But after he tells his tale, will any of the other heroes trust him again?

Why It’s Hot: Earth 2 is hands down one of the best superhero books on the market, and hasn’t lost a beat since Tom Taylor was handed the reins. For months readers have been asking themselves “If Bruce Wayne is dead who can possibly be under Batman’s cape & cowl?” Finally, all of the questions will be answered, and the conjecture about the truth behind Earth 2’s most mysterious “hero” comes to an end in what should prove to be THE must read DC issue of the week.

“The Trial of Jean Grey”

The Guardians of the Galaxy get a reminder of Earth when they cross paths with the All-New X-Men during the TRIAL OF JEAN GREY! When an alien race discovers that the original Jean Grey is back on Earth, they decide to hold her accountable for the acts of the Dark Phoenix, and it’s up to the Guardians to help the X-Men save her. You won’t want to miss the first encounter between two of the biggest franchises in the Marvel U!

Why It’s Hot: After the promising start to the big X-Men/Guardians of the Galaxy crossover in last week’s All-New X-Men #22.NOW it’s time for the art of great Sara Pichelli to join in on the fun as Part 2 of the Trial of Jean Grey arrives in Guardians of the Galaxy #11.NOW An X-Men space opera is always recipe for success, but throw in the ragtag Guardians and things are bound to get explosive under the pen of Marvel’s premiere writer.

Our heroes’ stay on Quietus comes to its inevitable conclusion

Why It’s Hot:  The third arc to one of the best comic books on the stands comes to an end with the climactic 18th issue. The death and destruction on Quietus comes to an end for our favorite band of tree rocket flying adventurers as Gwendolyn and Alana come face to face for the first time, with The Will’s life hanging in the balance.

Malcolm Reynolds’s crew shook the ’verse to its core when they laid bare the crimes against humanity undertaken by their sinister government—the Alliance. Always outlaws, Mal, a very pregnant Zoe, new pilot River Tam, and the other surviving crew members are in greater danger than ever. Meanwhile, everyone is asking the same question . . .  Where’s Serenity?

• Buffy’s Season 8 and 9 artist conquers the galaxy!
• Executive produced by Joss Whedon!
“As a science fiction story, Serenity has it all.”—Broken Frontier

Why It’s Hot: Browncoats rejoice! The crew of the 03-K64-Firefly Serenity is back! With stories overseen by Joss Whedon himself, this is the closest to a Firefly season 2 or Serenity sequel we can expect. If any company has proven it can work with the Whedon properties it is Dark Horse, so make sure to pick up this first issue and prepare to fall in love with the characters all over again!