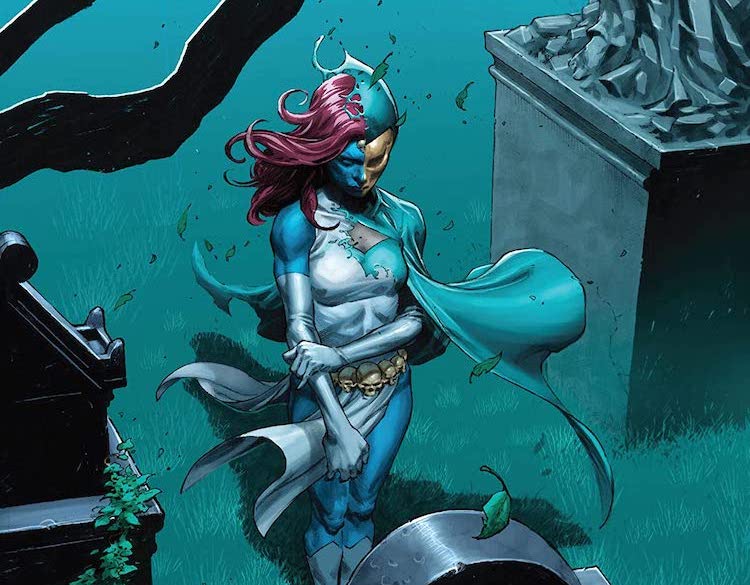 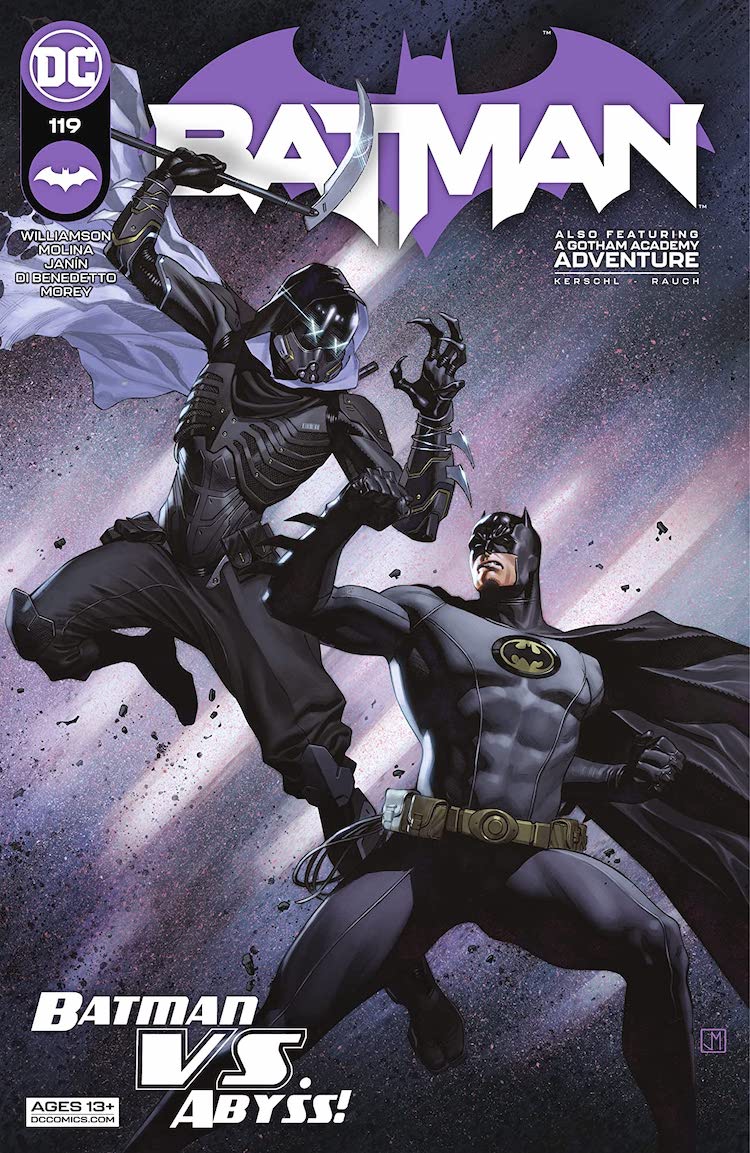 Why It’s Hot: Josh Williamson along with artists Jorge Molina and Mikel Janin started their run on the flagship batbook with a first issue that had the unenviable task of keeping up the extremely high quality that readers have come to expect from Batman. Not only did they pass with flying colors, but were able to do so despite taking the character out of Gotham and away from many of the supporting characters that have made the title so great in recent years. The interesting premise and surprisingly perfect antagonist are built upon here, and that’s to be expected, but the real exciting part about the issue this week is the backup story. MAPS IS BACK! GOTHAM ACADEMY LIVES!!! 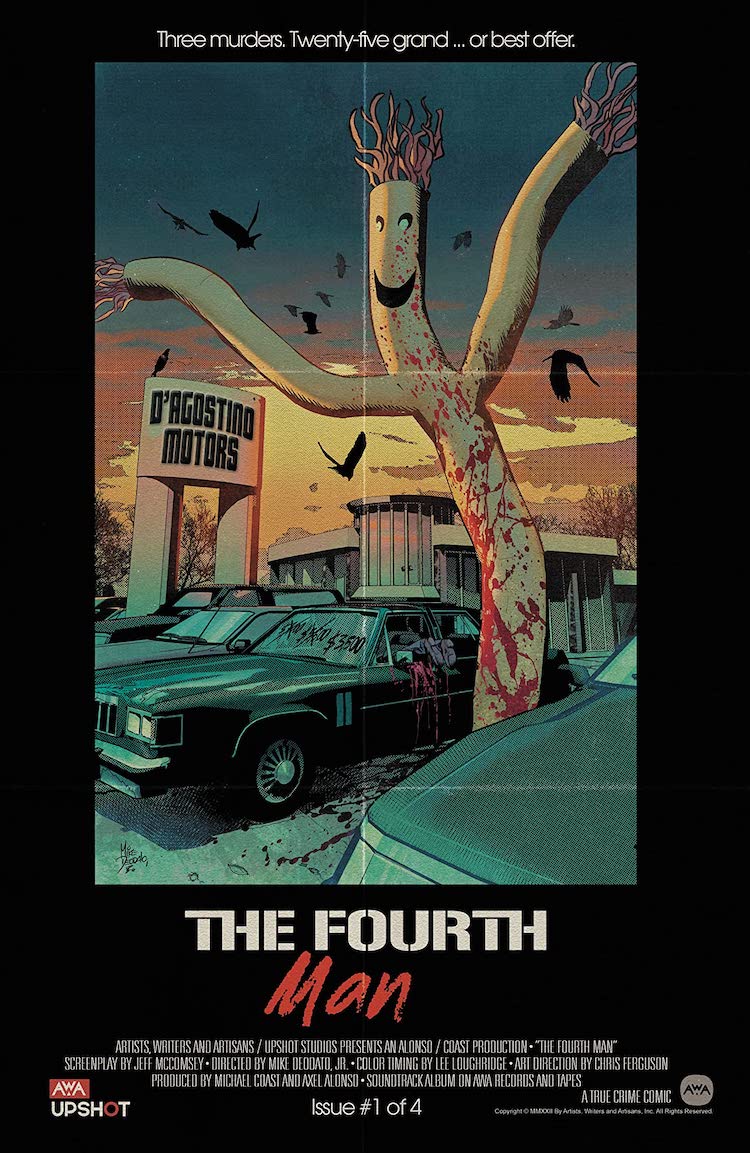 Three dead bodies lay in a rural morgue – all murdered in the span of three weeks. It’s up to two detectives from opposite sides of the tracks to determine who put them there, if the murders are linked and what, if anything, they have to do with a pair of dueling car dealerships. A dark comedy mystery thriller by Jeff McComsey (Grendel, Kentucky) and Mike Deodato Jr. (The Amazing Spider-Man, The Resistance) that is inspired by an outlandish true crime story, The Fourth Man story will keep you guessing till the last page.

Why It’s Hot: AWA is a publisher that hasn’t gotten a lot of ink here on HOT FIVE since their debut. That just might change here in 2022, as their reputation grows, and the quality of their books can be assured to the point where I feel comfortable putting them in the column. It’s easy to think they’ve gotten to that point when you see the talent the publisher works with, and Mike Deodato is just another in a growing list of top talent in their stable. Having a generational talent like Mike Deodato spread his wings on a “dark comedy mystery thriller” made this an easy comic to get excited for. If you’re a fan of his superhero work then you’ll want to make room for this comic on your pile this week. 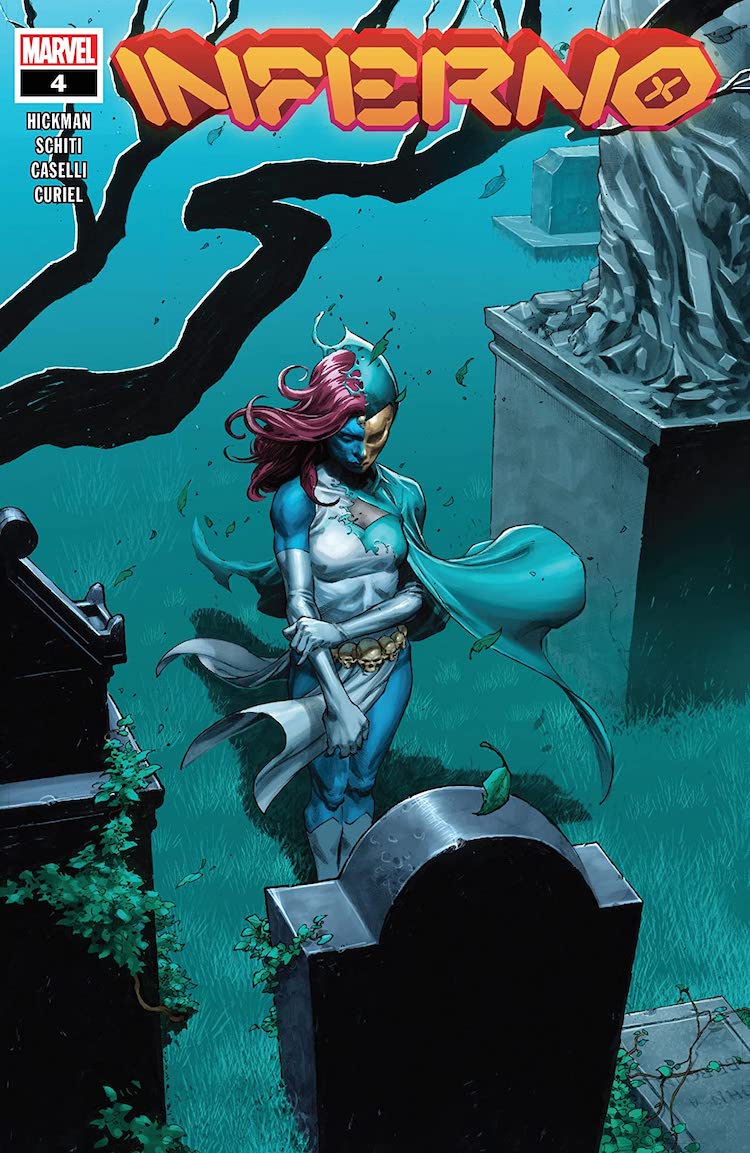 Jonathan Hickman’s time on X-Men ends with the dramatic conclusion of one of the first and best mysteries he brought to the line. Valerio Schiti returns on art to help bring down one of the foundations of the era.

Why It’s Hot: The final fifty pages of Jonathan Hickman’s current X-Men run has arrived. What will happen? Will the fans be happy? How does this lead into the “Destiny of X” line wide reshuffle? All of your questions will be answered? Whether it’s good, bad, or anything between this issue will still be the most talked about of the week, regardless! 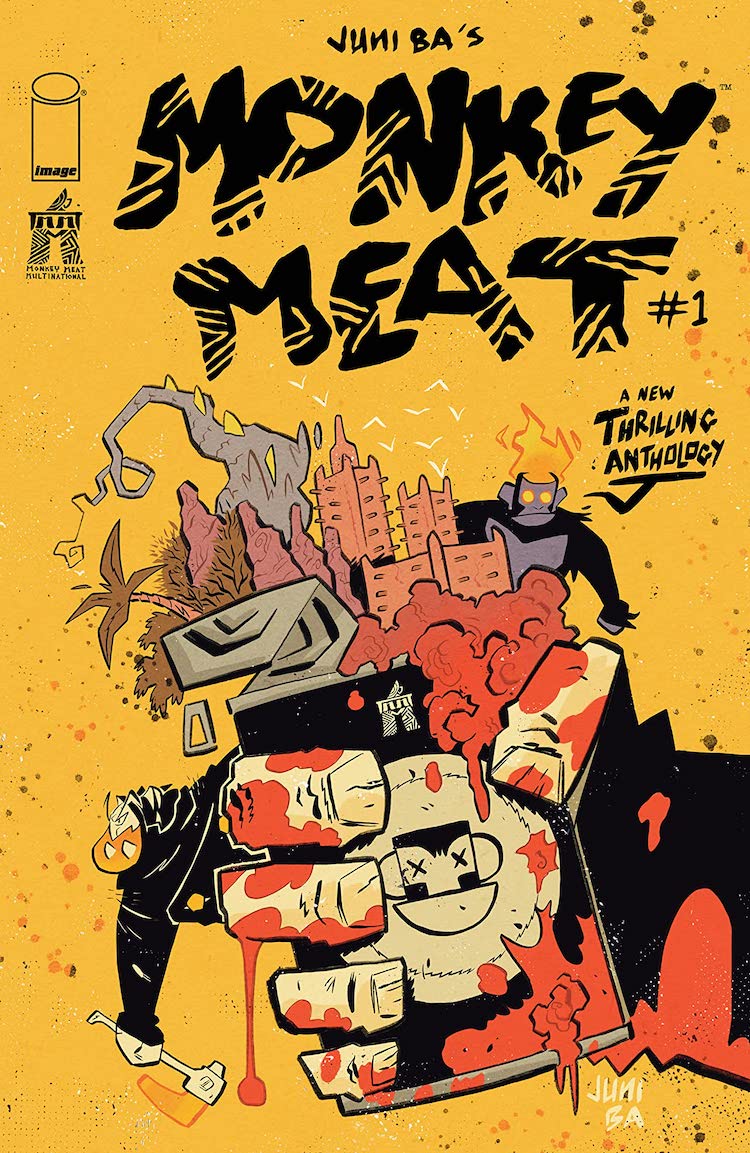 DJELIYA creator JUNI BA introduces a new fantasy universe in this ANTHOLOGY SERIES! The Monkey Meat Company made its fortune selling cans of processed meat all around the world. Using that money to fuel their wacky experiments, they turned their native island into a magical hyper-capitalist hellscape where even demons have to pay rent! Follow the lives of the creatures of Monkey Meat Island in this fun, action-packed romp. Each issue is its own story!

“With this follow-up to DJELIYA, JUNI BA delivers a smart, funny, and drop-dead gorgeous satire of capitalism, climate annihilation, and perpetual content culture, proving once again that he is one of the most exciting cartoonists working today.” -SEBASTIAN GIRNER (SCALES AND SCOUNDRELS)

“A showcase of pure imagination and storytelling prowess. MONKEY MEAT is a dream of what comics should be, but it’s here in your hand right now.” -HASSAN OTSMANE-ELHAOU (PanelxPanel Magazine)

Why It’s Hot: The solicitation says everything that really needs to be said about the debut issue of Monkey Meat. If any of the above sounds remotely interesting then you should do yourself a favor and check out this series debut. This comic should not fly under the radar. It is sharp, funny, clever, good looking, and simultaneously both very familiar and completely unique. This won’t be the last time you hear about this comic, so do yourself a favor and get in before you see the buzz growing online. 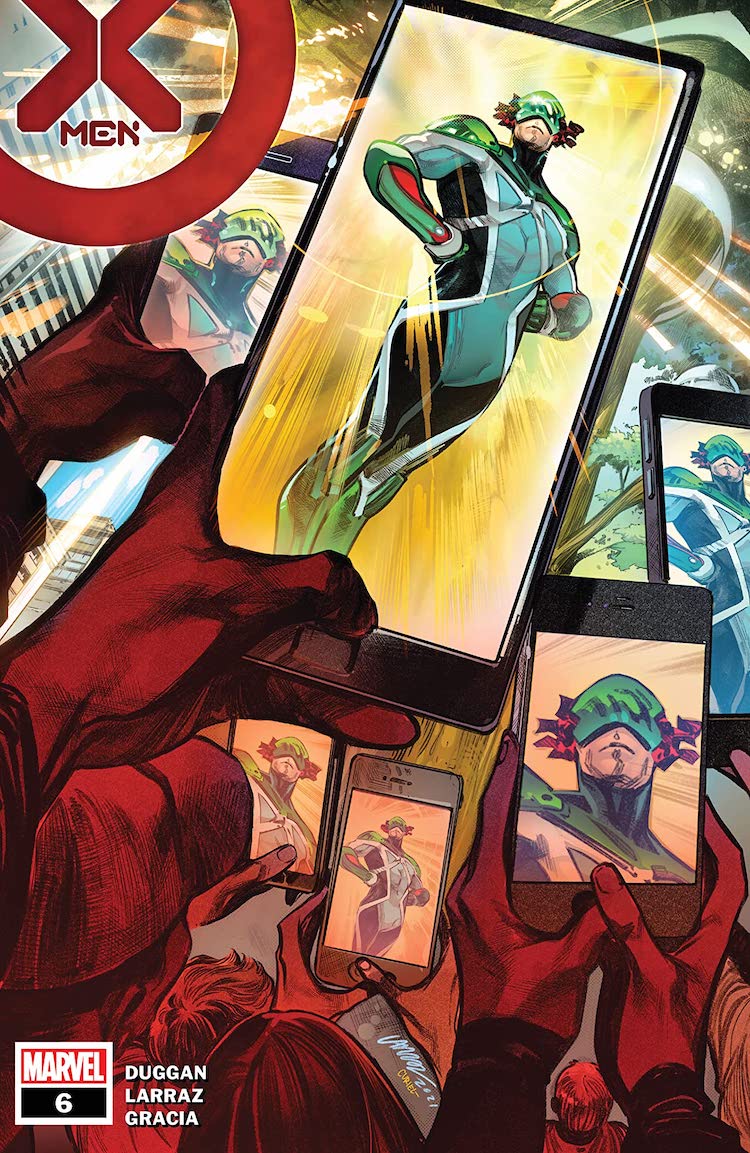 WHATEVER HAPPENED TO CAPTAIN KRAKOA?

There’s a new hero on the X-Men. Who is he? Why is here? And why does Cyclops not want him on the team?

Why It’s Hot: Since the new volume of ”Adjectiveless X-Men” started, it has found itself stuck between the two worlds of being more of a traditional superhero team book while still being an important part of the current X-line with the Nation of Krakoa front and center. The first few issues may have been a bit clunky in marrying the two worlds, but Gerry Dugan and Pepe Larraz have really started to find their groove with this issue. The concept of Captain Krakoa, what they represent, how they tie back into some of central concepts of this current era of x-books, and how they further the story Duggan and Larraz are telling with this series ticks off all the boxes a fan could want from this book. Then with Hickman saying farewell this week in the final issue of Inferno, it’s great to have an issue like X-Men #6 out beside it, as one can really start to envision it as the flagship title of the line. Then when the rest of the upcoming “Destiny of X” titles enter the equation one can’t help but think that the X-Men are still in good hands.