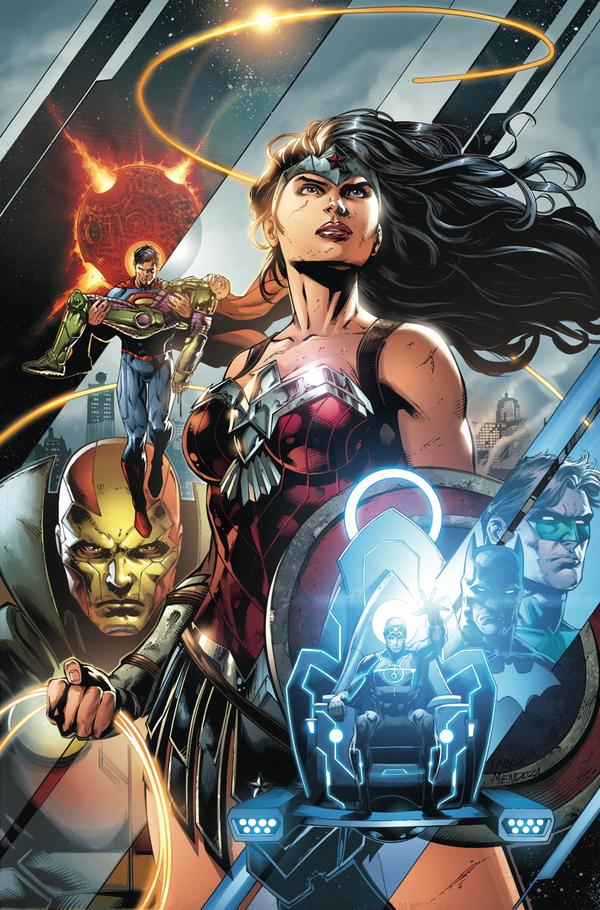 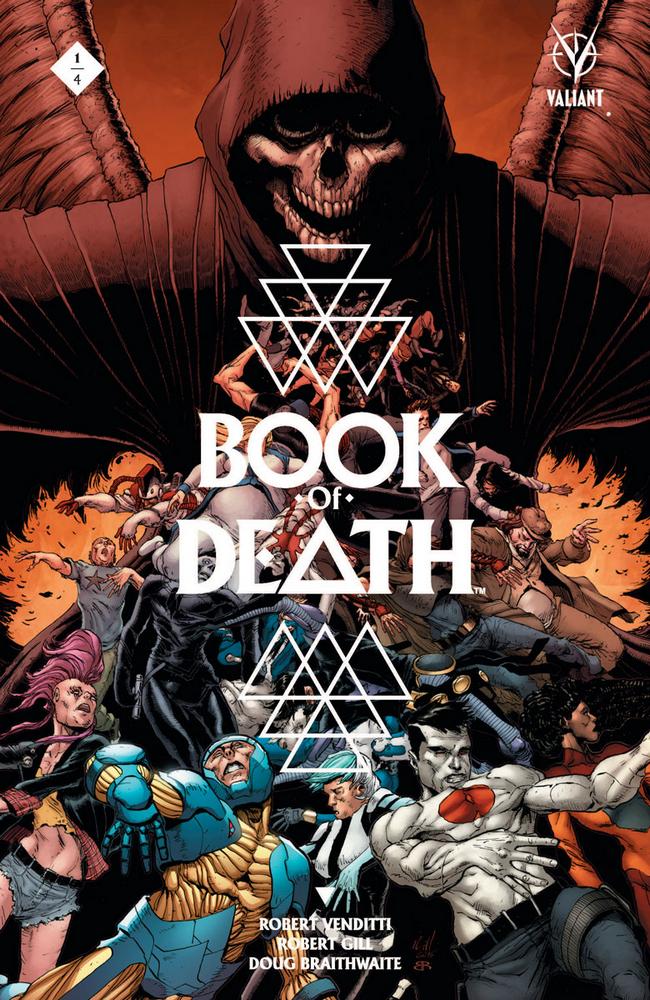 “A coward dies a thousand times before his death, but the valiant taste of death but once.”

Together, they are the number one target of every hero and villain on Earth. Either the Eternal Warrior hands her over… or they take him down. But can even he single-handedly protect one child when the entire Valiant Universe wages war against him?

Why It’s Hot: Valiant’s big blockbuster 2015 mini series event is here! Book of Death sees the story of the Geomancer continues under the guidance of creators Robert Vendetti, Robert Gill and Doug Braithwaite. Once again Valiant delivers the goods with a big time comic that current fans and new readers alike will enjoy!

• Peace Through Strength! Honor Through Obedience! Continuance Through Conformity!
•  Hail Hydra! Immortal Hydra! We shall never be destroyed!
•  Cut off one limb, and two shall take its place!
•  We serve none but the Master-as the world shall soon serve us!
•  It is a beautiful Utopia that Hydra has created.
•  But when a lone figure from outside the Regime appears, could his very presence be enough to bring this perfect society to its ruin?

Why It’s Hot: Rick Remender announced in the back of the most recent issue of Deadly Class that he was stepping back from Marvel Comics to focus on his creator owned titles for the time being. That makes his entrance into Secret Wars with Hail Hydra his final Marvel launch for the foreseeable future. That alone makes this comic an easy Hot Five pick, but Remender has shown to have a great grasp on Hydra, and his style is perfect for the Secret Wars crossover event. Thank you Rick Remender for helping to guide the Marvel Universe for the past several years, and hopefully the absence won’t be for too long. 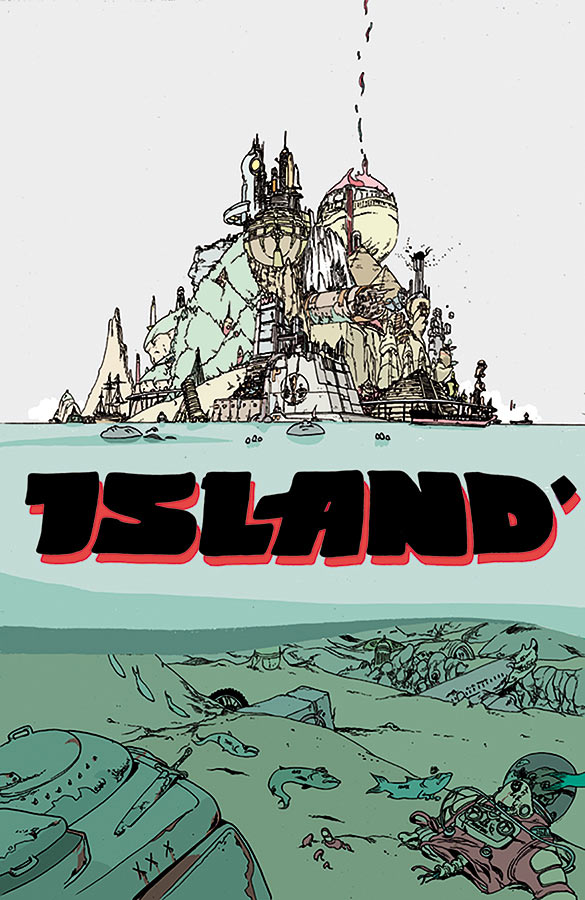 Why It’s Hot: With Island, Brandon Graham is continuing to push the boundaries of traditional comic book storytelling. Earlier in the month was the beginning of the ambitious 8House and this week is the launch of his new oversized, ad free comic book magazine. What these two projects have in common is collaboration with great talents. On top of the return of Graham’s Multiple Warheads the first issue of Island features a story written and drawn by the great Emma Rios, another story from the mind of  Ludroe, and a text piece from Kelly Sue Deconnick. If one thing is for sure it’s that you will get your monies worth!

The epic “Darkseid War” event storyline continues with the critically acclaimed team of Geoff Johns and Jason Fabok! As Darkseid and the Anti-Monitor maneuver toward inevitable war, Wonder Woman leads the Justice League against a force that holds the answers on how to stop it – but the price might be Batman’s soul! Meanwhile, Mister Miracle faces off against a mysterious hero who has been fighting in the shadows for decades!

Why it’s Hot: Justice League has been a prime example of how to deliver an event caliber story in a single monthly comic. Johns has been showing the rest of us how to do it since he launched the ongoing adventures of the Justice League back in September 2011. It just so happens that the current story with Darkseid on a collision course with The Anti-Monitor, and the League stuck in the middle might just be the best the book has been. The Darkseid War features larger than life characters in a story that is huge in size and scope. On top of it all we are witnessing artist Jason Fabok ascend to from good artist to superstardom with each and every page. Ongoing comic books don’t get more exciting than Justice League

THEY CAN’T EVER WIN. THEY CAN’T AFFORD TO LOSE.
•  THE SHIELD is the only thing that protects the more civilized areas of Battleworld from the ZOMBIE HORDES, DEATH MACHINES, AND ANNIHILATION WAVES.
•   Anyone who annoys Doom gets sent to The Shield. Anyone who gets sent to the Shield deals with ABIGAIL BRAND.
•  Miss America, Lady Katherine, Kang the Conqueror, Leah Shieldmen, the Endless Summers Company, Leonardo Da Vinci and a cast of thousands will fight to the death to keep Battleworld safe. But don’t worry, Kieron Gillen is writing this book, so I’m sure everything will end happily for everyone.
•  “Imagine NextWave as a tragedy,” says Kieron, if anyone asks him about it.

Why It’s Hot: Kieron Gillen describes Siege as “Nextwave as a tragedy.” That should be enough to convince readers to take the plunge with one of the industry’s top writers for his new project. Throw in solid art from Filipe Andrade, and a cast of completely awesome characters, and you get a comic that has potential to be a highlight of the Secret Wars event. Also, for those of you reading A-Force this is the book where you find out what happens to Miss America! Did I mention that America Chavez once again starring in a comic by Kieron Gillen!?