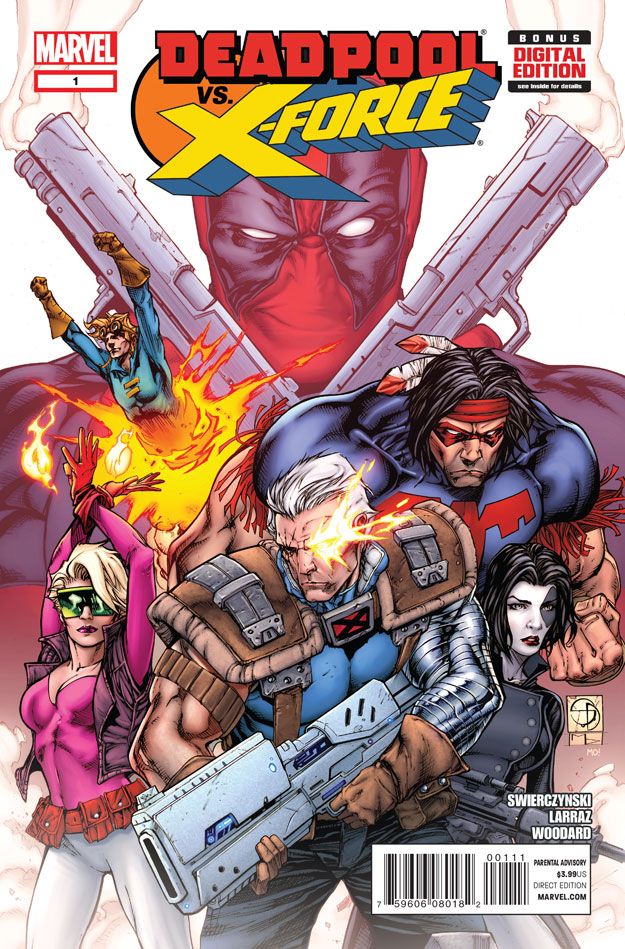 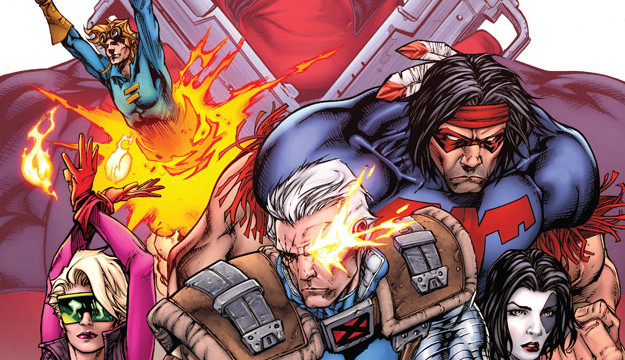 Journey back to the days of the 1990s, when two characters debuted who would change the face of comics… Cable & Deadpool! In this all-new tale, we learn of the pair’s first meeting, well before New Mutants #98, as Cable and his soon-to-be X-Force race through the timestream to stop the reckless mercenary Deadpool before he destroys American history for good!

Why It’s Hot: Time to party like it’s 1991 when pouches were in style, and comic book popularity was at an all time high. Many may look back at this time period and shake their head, but for many of us this is the era that introduced us to comic books. Now Duane Swireczynski and Pepe Larraz bring us the previously untold first meeting of two of the decade’s most enduring characters in Cable & Deadpool. Nostalgia for the 90s is becoming a thing, and with Deadpool being one of the most popular character in comics this book is guaranteed to be hot, hot, HOT! 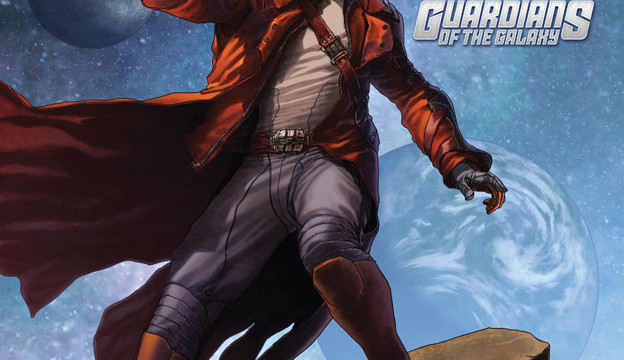 From the pages of GUARDIANS OF THE GALAXY!
A brand new series from SAM HUMPHRIES and PACO MEDINA! In this exciting first issue, Peter Quill battles the Badoon, fights to save an orphanage, and still finds time for some flirting with Kitty Pryde–but it’s all in a day’s work for the STAR-LORD!

Why It’s Hot: Just in time for the Guardians of The Galaxy movie, Marvel is launching not one, but two new ongoing titles featuring members of the Guardians this week. The first is Legandary Star-Lord by rising star Sam Humphries and artist Paco Medina. Before Chris Pratt portrays Peter Quill on the big screen you’re going to want to see why Marvel Studios believes that Star-Lord will be the next great film character, and what better way to do something a book that is all him? With the blockbuster film set for release in exactly a month, Bendis writing the ongoing team book, the great Skottie Young on the Rocket Raccoon title, and this solid creative team showing the solo adventures of Star-Lord, Marvel has thrown it’s full support behind the Guardians of the Galaxy as the next great franchise!

WHY WE LOVE IT: If you’re like us, the classic 1987 film holds a special place in your fan heart. Now, we’re taking the next step to give fans an original, ongoing RoboCop series set in that very world. This is the hard-bitten world of RoboCop we all grew up on!

WHY YOU’LL LOVE IT: If you’ve ever wondered what happens to RoboCop and his partner, Anne Lewis, after the first film, wonder no more. Joshua Williamson (GHOSTED) crafts a story of crime and corruption that fans of Gotham Central, Stray Bullets, and Transmetropolitan will enjoy. Carlos Magno (PLANET OF THE APES, DEATHMATCH) brings RoboCop and Old Detroit to life in detail and intensity never seen before.

WHAT’S IT ABOUT: A deadly and charismatic criminal, Killian, is released from jail. He went into the slammer before RoboCop hit the streets. Now he wants to take out the biggest cop in the city. When OCP wants to take guns off the street, Killian sees it as his opportunity to take on the former Alex Murphy!

Why It’s Hot: BOOM Studios and Joshua Williamson know what the rest of us have known for years. Robocop 2, Robocop 3, the tv show, and 2014’s Robocop reboot all pale in comparison to the classic 1987 original. The new ongoing series picks up right where the original ends and provides the same tone and level of violence (thanks in large part to the awesome Carlos Magno art) that makes the original movie so beloved. This is the Robocop fans have been waiting for, and that makes for a red hot comic book. 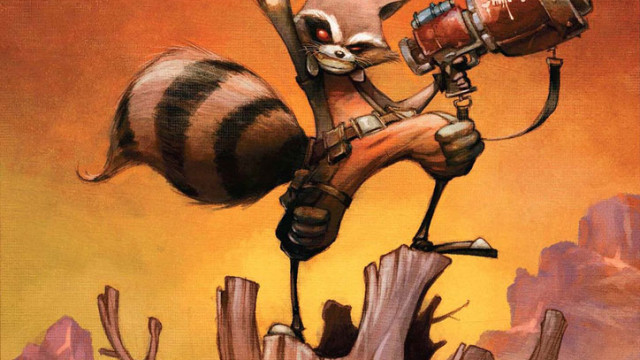 As defenders of the cosmos go, Rocket Raccoon has faced his fair share of galactic battles. He’s been a hero to the weak, a champion of good, a protector of the innocent, a heartthrob to the many intergalactic female species and now–a raccoon on the run?! ( I’m sorry, I’m sorry, a “formidable-and-expert-Guardian” on the run. Rocket is NOT a raccoon, okay?) Rocket’s high-flying life of adventure and heroism may soon be a thing of the past when he becomes a wanted man-and the authorities are not the only one on his TAIL! (We’ll definitely be overusing that pun!)

Superstar creator Skottie Young brings his A-game as writer and artist on the series we’ve been waiting decades for. Because let’s be real, this is the only Guardian of the Galaxy you actually care about. Am I right?

Why It’s Hot: Skottie Young is one of the biggest artists in comics. His Oz books with Eric Shanower have been staples in bookstores for years, and his “Baby Variant” covers have taken the comic book world by storm. Now as Marvel prepares to push the Guardians of the Galaxy in preparation for the blockbuster movie next month, Skottie Young is unleashed on Rocket Raccoon, the character that might just end up being the mainstream breakout character of the year. It’s a marriage made in heaven with equal parts charm and violence in a wonderfully crafted Sci-Fi world. The numbers don’t lie, and the 300,000+ copies ordered make Rocket Raccoon #1 the biggest comic book launch of the year!

Earl Tubb’s one-man war to clean up Craw County begins to rage out of control, as it claims its first casualty.

Why It’s Hot: Business picks up as one of the best comics on the stands continues to deliver courtesy of Jason Aaron and Jason Latour. If you aren’t reading Southern Bastards you are missing out on something special, and you might want to rectify that immediately!