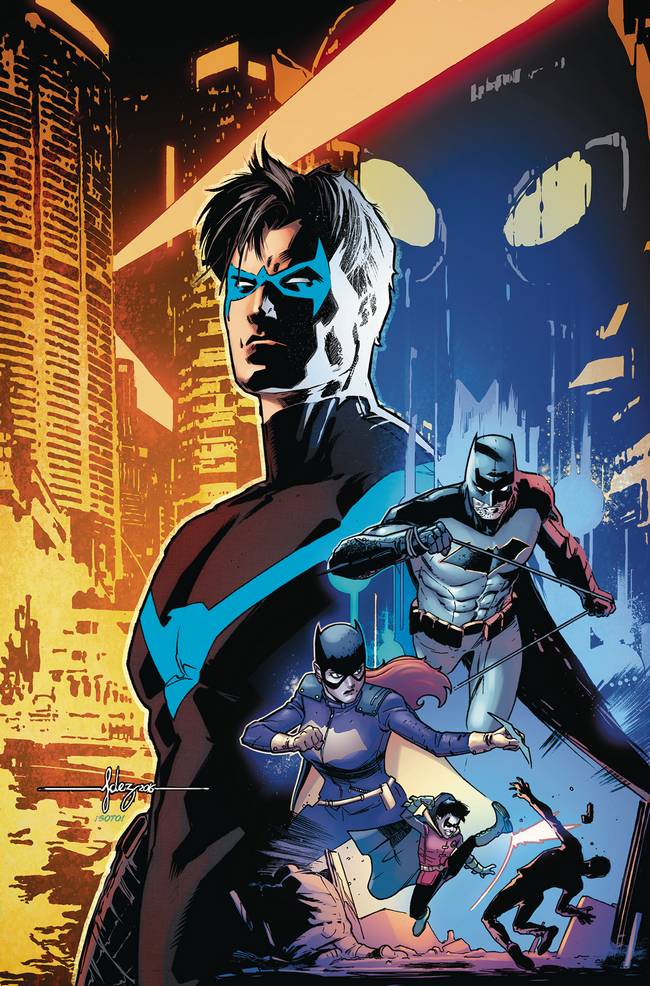 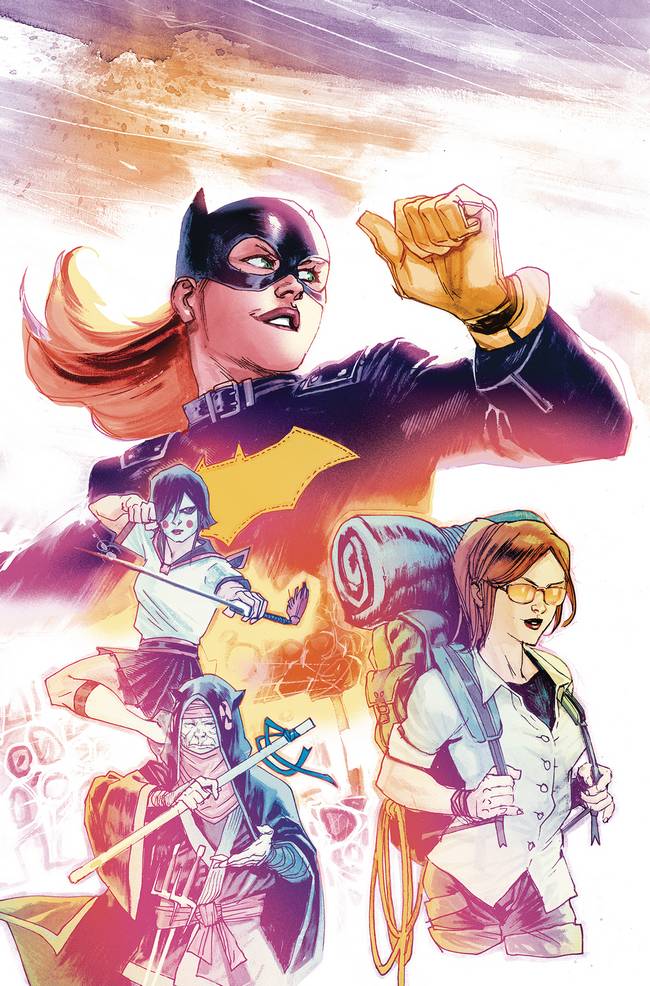 “Beyond Burnside” Chapter One: The Batgirl you know and love is going global with Eisner Award-winning and New York Times best-selling writer Hope Larson (A Wrinkle in Time, Goldie Vance) and all-star artist Rafael Albuquerque (AMERICAN VAMPIRE). In order to up her game, Babs travels to Japan on a quest to train with the most elite modern combat masters of the East. But when a chance meeting with an old friend puts a target on her back, Batgirl may need to use her new skills to solve a deadly mystery.

Why It’s Hot: Batgirl gets out of Burnside for a globe trotting adventure! With a creative team like Hope Larson and Rafael Alburquerque you know you can expect an absolutely beautiful comic book, and I can’t wait to see wha they have in store for Barbara Gordon.

Sides are harshly divided as the Marvel Universe’s trial of the century reaches its shocking verdict! Now, the abstract issues are very real for the heroes of the Marvel Universe and battle lines must be drawn. Captain Marvel or Iron Man, who will each hero stand behind?

Why It’s Hot: Last issue didn’t pull any punches as one of the biggest heroes in the Marvel Universe was murdered! As the accused’s trial comes to an end in the courtroom, sides are starting to form outside of it. Who will be Team Tony? Who will,be Team Carol? Business is about to pick up. 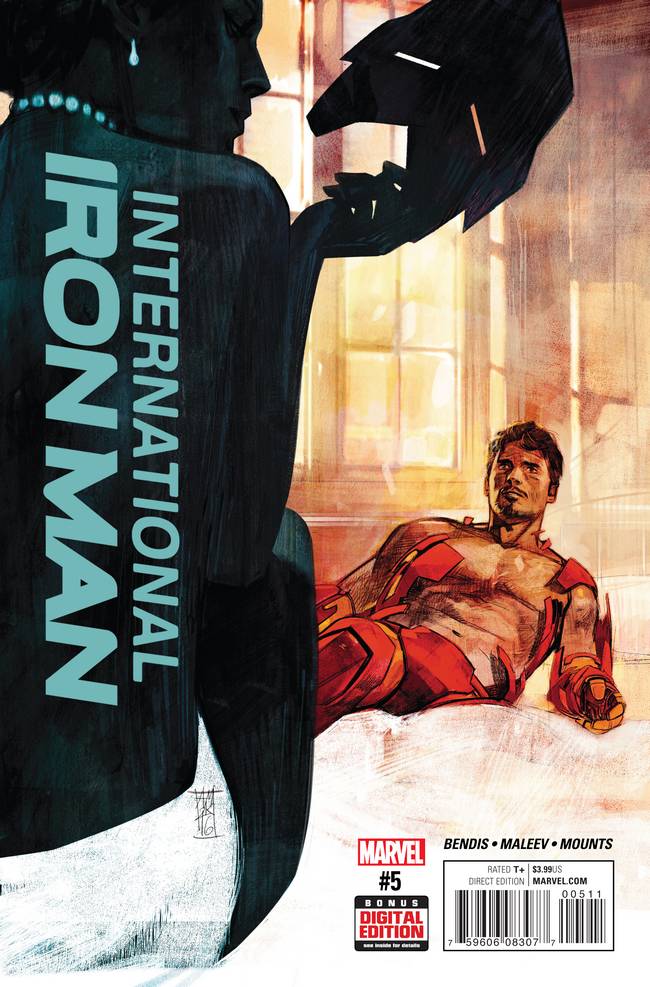 As Iron Man takes center stage in one of the biggest events in Marvel history, Tony is finally faced with the true identity of his parents. This is a cannot-miss issue in the life of Tony Stark.

Why It’s Hot: This is the issue that’s sure to get people buzzing. For the last few years Marvel fans have wondered who Tony Stark’s birth parents were. The answers start arriving here, as his mother stands revealed.

“BETTER THAN BATMAN” Chapter One: Batman taught Nightwing everything he knows-but what if everything he taught him is wrong? When Dick is stuck with a new mentor who challenges everything Batman taught him, Nightwing has to shatter his concept of justice in order to fight for what he knows is right. Writer Tim Seeley (GRAYSON, BATMAN & ROBIN ETERNAL) launches Nightwing onto a new quest alongside rising talent Javier Fernandez (RED HOOD/ARSENAL).

Why It’s Hot: Dick Grayson is back as Nightwing, and Nightwing is back where he belongs in the blue costume. Dick Grayson is one of the most popular characters in all of the DC Universe,mand whether it’s been Nightwing, or Grayson his solo title has been among the very best DC has to offer over the past few years. With Tim Seeley still in the drivers seat there’s no reason to see that changing anytime soon. 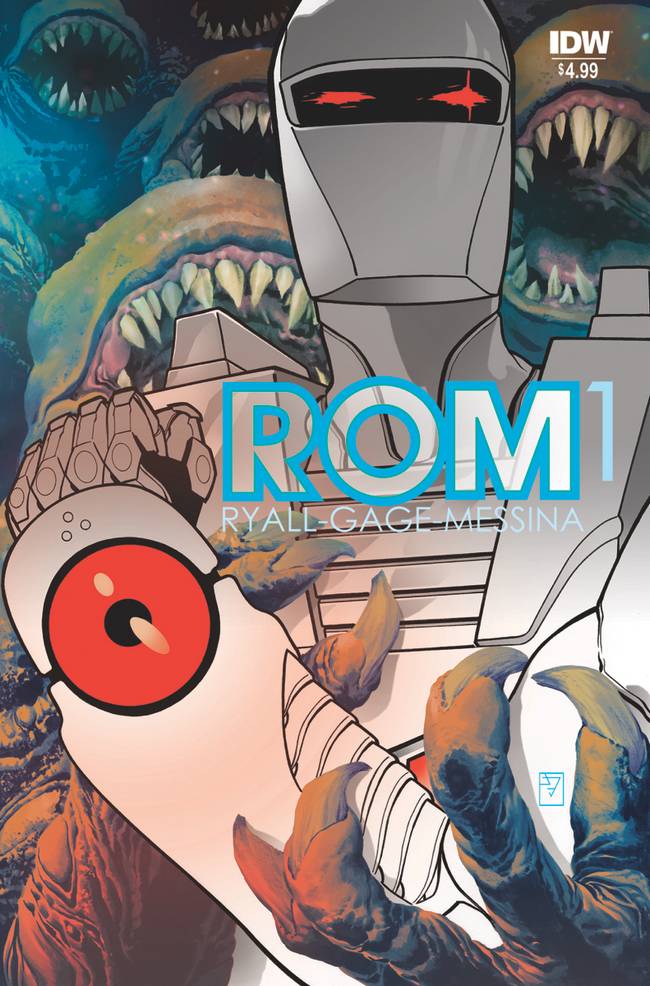 WE’VE BEEN INVADED AND ONLY A SPACE KNIGHT CAN SAVE US! First there was his epic return in this year’s FCBD #0, and now the ongoing tale of ROM begins in earnest! Christos Gage, Chris Ryall, and David Messina kick off the wildest new series of the year as Rom’s war with the DIRE WRAITHS hits close to home in “Earthfall, part 1!”

The long-beloved and even longer absent space hero returns at long last!
First, we brought back MICRONAUTS! And Now… ROM!
As if Rom’s return wasn’t enough, wait’ll you see how this one ends!
24-page kick-off story plus interviews, bonus sketch material and more!

Why It’s Hot: A long time ago Marvel published a licensed comic based on the ROM line of toys that ran for 75 issues. It was a beloved series, with devoted fans that have spent years calling for the return of everyone’s favorite Spaceknight. Well the wait is over.