THE SECOND ARC OF THE SMASH SCI-FI HIT BEGINS HERE!

The mystery of the onion’s truth unfolds the deeper one travels. The mythology of the Eververse unveils new truths and new dangers. The team is hurled to a seemingly alien world that holds the key to their true purpose. For what is magic but science that we don’t yet understand?

Why It’s Hot: After the jaw dropping events of issue six how will Remender & Scalera top themselves? How can the book even continue? Where the hell can they possibly go with it next? All of these questions are answered as they kick off the second arc of one of the biggest, boldest, craziest, most unpredictable comic books currently being published! 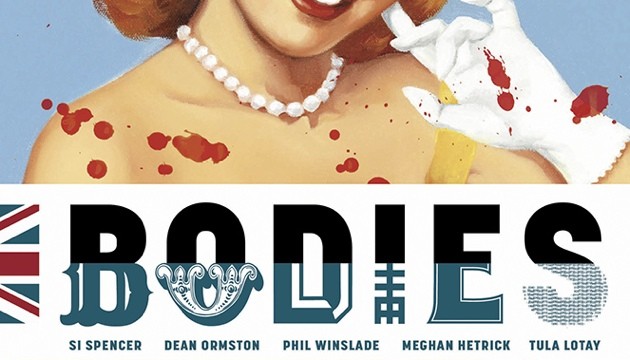 VERTIGO brings you the miniseries of the summer, with four detectives, four time periods, and four dead bodies – all set in London. Edmond Hillinghead is an 1890s overachiever who’s trying to solve a murder no one cares about while hiding his own secret. Karl Whiteman is our dashing 1940s adventurer with a shocking past. Shahara Hasan is 2014’s kickass female Detective Sergeant, who walks the line between religion and power. And Maplewood, an amnesiac from post-apocalyptic 2050, brings a haunting perspective to it all. Si Spencer (HELLBLAZER: CITY OF DEMONS, THE VINYL UNDERGROUND) executes a centuries-spanning murder mystery like nothing you’ve ever seen before, with four sensational artists illustrating a six-page chapter in each issue: Dean Ormston, Phil Winslade, Meghan Hetrick and Tula Lotay.

Why It’s Hot: It’s a Vertigo mini series event! There are four murders in four time periods with four different detectives being drawn by four different artists. Bodies is looking to be one of the more ambitious comics to be released this summer. Did I mention back to back weeks of Tula Lotay artwork!? When you throw in a great group of creators, and Vertigo’s track record throughout the years you get a comic book that is hot, hot, HOT!

• With some new faces on the team, it might be time for the Guardians to have a little team-building vacation.

• Or, you know, they could keep fighting alien warlords and galactic empires.

• Guess they’ll have to plan that team-building retreat for next month.

Why It’s Hot: A little movie that shares its title with this comic opens on Friday. The movie is getting rave reviews and it is looking to be one of the biggest films of the Summer. What better time is there to jump on to the Guardians of the Galaxy comic? The answer is “none” and fans of the movie won’t be disappointed in this blockbuster comic book series that features monthly doses of Rocket and Groot.  Also Available: Marvel 100th Anniversay Special Guardians of the Galaxy #1

In the far distant future, the sun’s premature expansion has irradiated Earth, sending humanity to the lowest depths of the seas, hidden within radiation-shielded cities, while probes scour the universe for inhabitable worlds to relocate to. After tens of thousands of years, a single probe returns, crashing on Earth’s surface, a now-alien place no human has seen for many millennia.

Why It’s Hot: Rick Remender has been the brains behind some of the best creator owned series on the racks today. Both Black Science and Deadly Class have developed into special comic books that rank among the very best in the business. There’s no reason to believe that Low won’t continue this trend. It may even prove to be the best one of the bunch. Don’t miss out on the beginning of what could prove to be one of the best new series of the year¡ 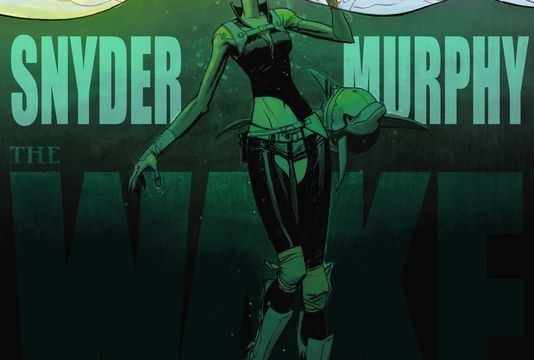 The series Buzzfeed called “the best horror comic of the year” and Comics Alliance rated “most unpredictable” and “uncanny and uncategorizable” comes to a shocking conclusion. Will Leeward uncover a history buried thousands of leagues beneath the sea – or will the waves come crashing down on what little land is left?

Why It’s Hot: Over the past year, Scott Snyder and Sean Murphy have proven to be a damn near perfect creative team. They’ve done this by putting out one of the absolute best comics in the industry. It may bring a tear to the eyes of readers all over the world that the time spanning, epic horror story is coming to an end, but we all have one last issue to read. Enjoy it, savor it, treasure it, and beg the Comic Gods that these two work together again soon.