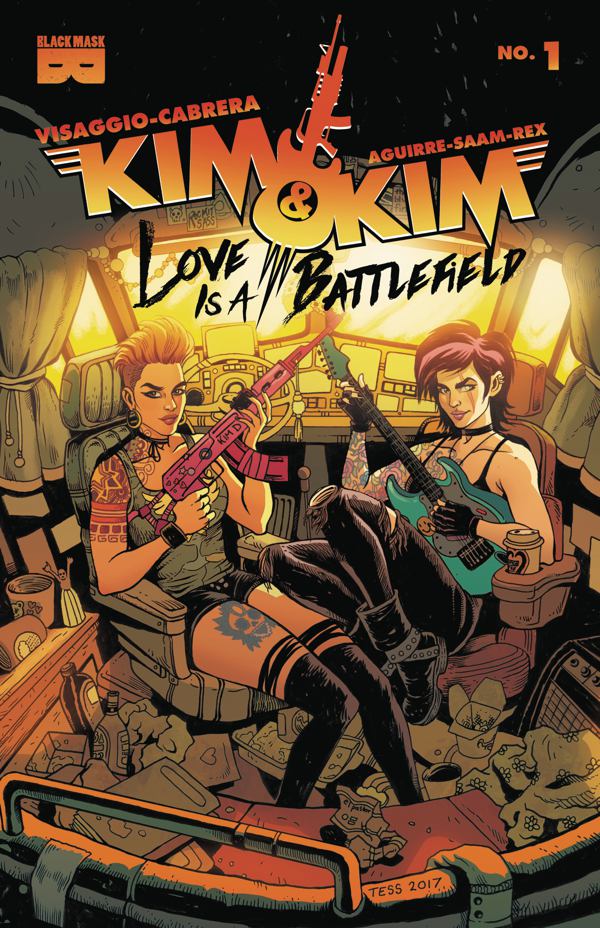 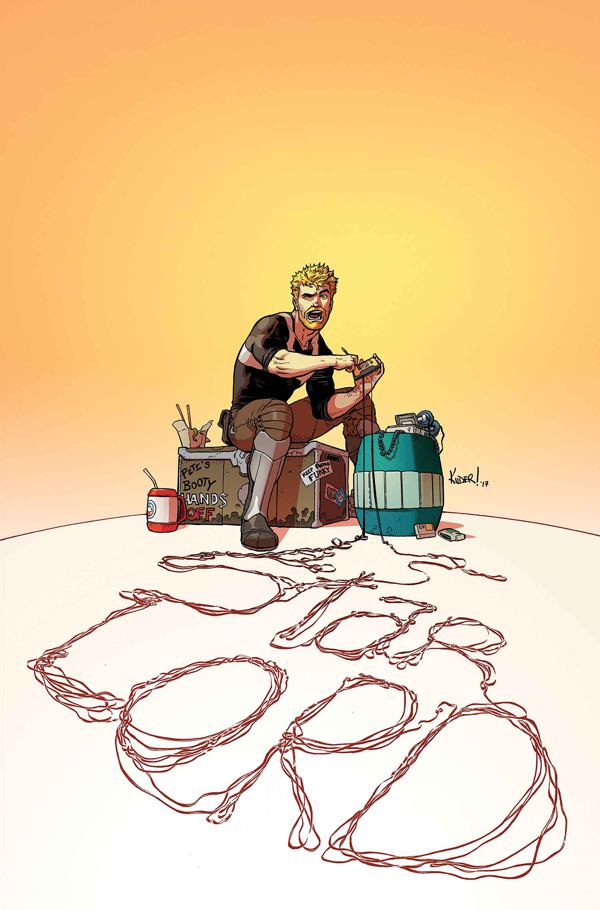 ALL NEW GUARDIANS OF THE GALAXY #5
Written by Gerry Duggan
Art by Chris Samnee
Published by Marvel Comics – $3.99

Star-Lord has been sailing the radio waves of the galaxy for years, keeping up with the one piece of Earth he could never quite leave behind. Guest artist Chris Samnee joins writer Gerry Duggan to check into Peter Quill’s sonic conquests!

Why It’s Hot: Gerry Duggan has brought new life to the Guardians Of The Galaxy in only four issues of this “All New” series. While the veteran scribe has been churning out some of the best scripts of his career, Aaron Kuder and Frazer Irving  have been excellent as well. This week sees another A-list artist join in on the fun, as the great Chris Samnee is going Cosmic. Duggan + Samnee + The GoTG + music = a potentially amazing issue. 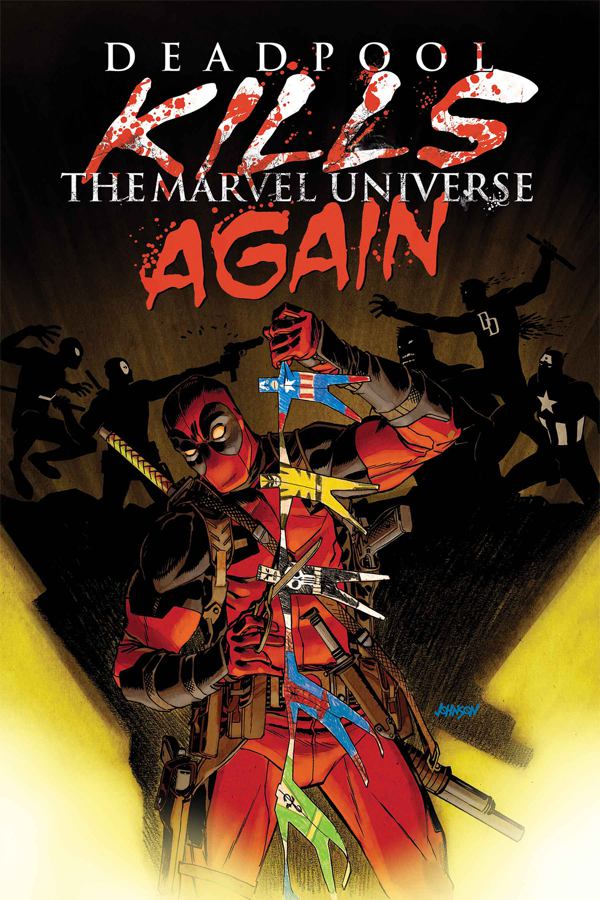 Remember the time Deadpool went a little TOO crazy and killed the entire Marvel Universe? Well, this isn’t that. This is a DIFFERENT time. Writer Cullen Bunn and artist Dalibor Talajic (A.K.A. the creators behind DEADPOOL KILLS THE MARVEL UNIVERSE) have reunited for ANOTHER tale of Deadpool taking out all of your faves in the most horrific ways possible! It’s gonna hurt him more than it hurts you…and you’re gonna love it!

Why It’s Hot: Deadpool has arguably been the most popular Marvel character over the last decade. Readers around the world love them some Was Wilson. It has been stated numerous times on the record that the original Deadpool Kills The Marvel Universe is the highest selling collection featuring the character. The original creative team of the 2011 snash hit have been reunited to help The Merc With A Mouth kill all of your favorite heroes all over again. 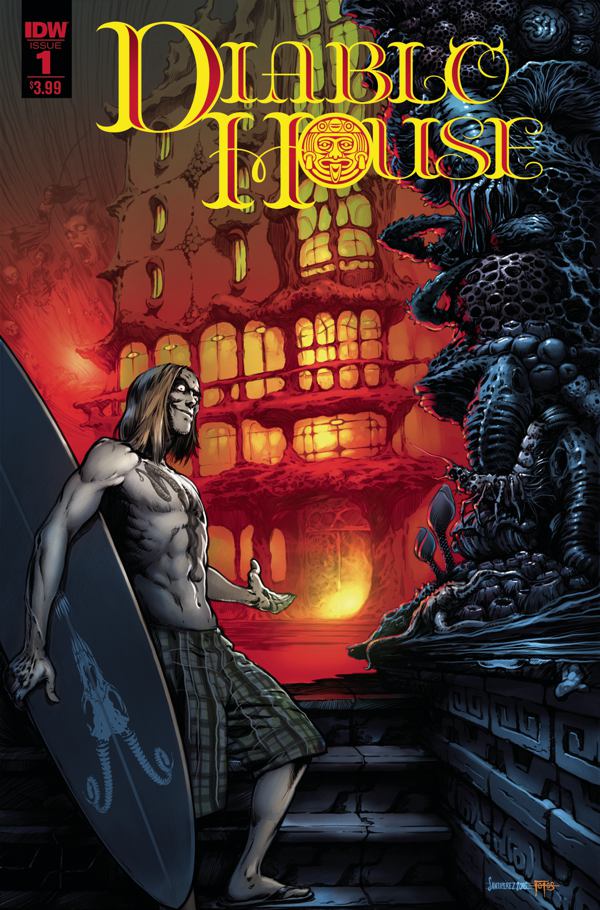 Located along the sleepy coastal town of La Jolla, California, Diablo House lets you make your dreams come true – if you dare. Surf-bum and Diablo House host, Riley, takes us into his home and shares the stories of the people who let their desire come at the cost of all else. Inspired by the classic horror comics of the past!

Why It’s Hot: Classic horror comic with a California twist, and pitch perfect art sounds pretty damn good to me. Ted Adams calls this a love letter to 70s DC horror comics, and it shows. If you enjoy the genre this is a must read for you this week.

The Fighting Kims finally get the bounty of their lives and Kim D reconnectes with an ex-girlfriend, so of course everything immediately goes catastrophically wrong. This high-flying, rad AF tale of exes and woes is the first in a four-part follow-up to 2016’s summer favorite. Awesome!

Why It’s Hot: The Kims are back in this follow up to the critically acclaimed hit, Kim & Kim. There’s a reason the first series put the creative team on the map, and opened the door for them (just look at Visaggio making her Marvel Comics debut). There’s action, adventure, sisterhood, science fiction, positive trans representation. The sequel promises to be bigger, badder, and better. 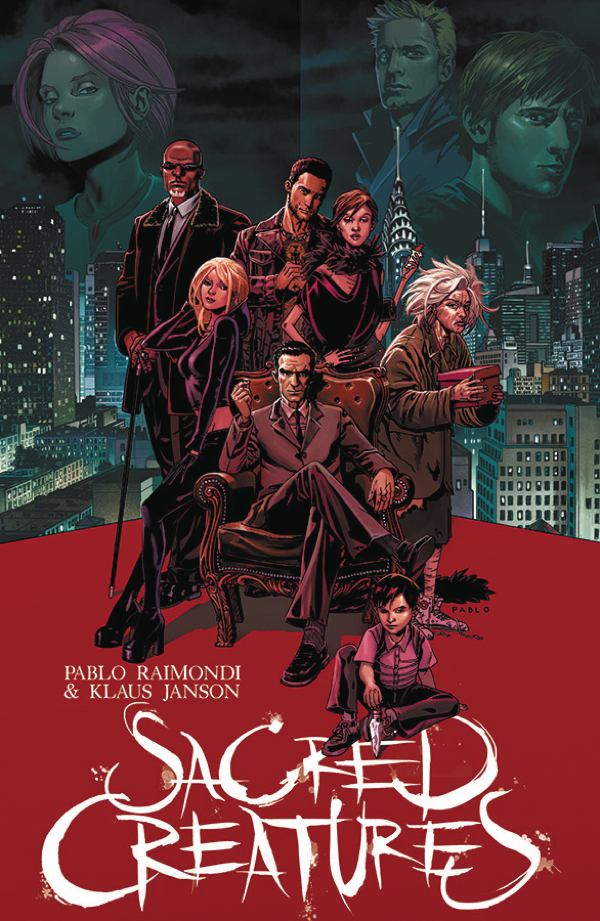 When the supernatural forces maintaining the fragile balance of power in this world start to unravel, Josh Miller, a young college grad and expecting father, is caught in the middle of a vast conspiracy threatening to tear apart the foundations of humanity as we know it. As myth and reality collide, Josh finds himself on the frontline of a battle against an enemy dating back to the beginning of time itself.
Comic legends KLAUS JANSON (Daredevil, Dark Knight Returns) and PABLO RAIMONDI (X-Factor, Book of Doom) proudly present SACRED CREATURES, their first-ever creator-owned series, with a monster-sized first issue featuring 66 pages of color art!

Why It’s Hot: That is quite the creative team making their creator owned debut. You’ll also be hard pressed to find a better deal this week with the debut issue coming in at a whopping sixty-six pages. Add in a cool concept and you have a new book to check out this week.

HIDDEN GEM OF THE WEEK 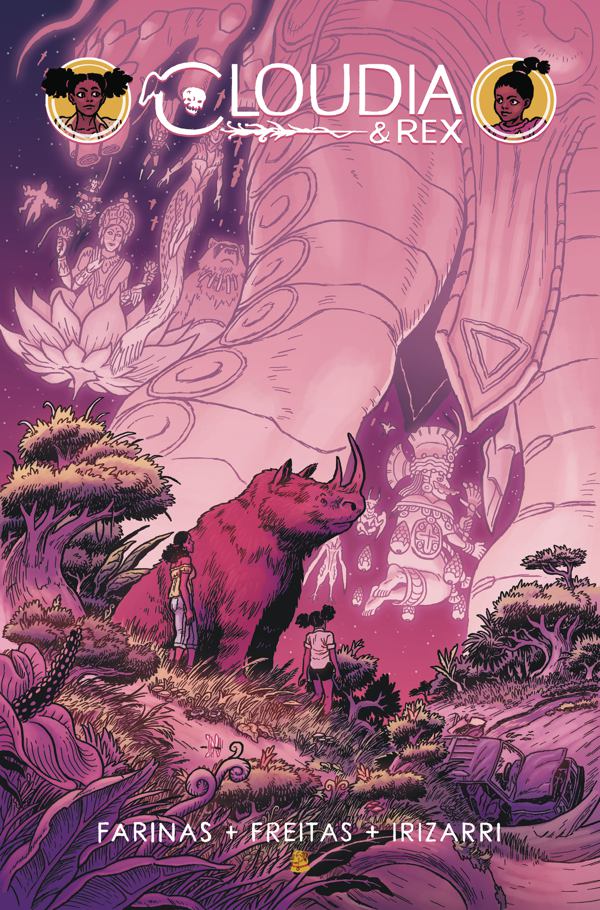 A lushly rendered supernatural fantasy that follows two girls and their mother who find themselves in the middle of a vast, supernatural exodus. On their journey Cloudia is bestowed the powers of hundreds of different gods, but even those don’t help her come to terms with the death of her father.

Why It’s Hot: Lion Forge has been been on a roll as of late. Their Catalyst line of comics has been a welcomed addition to the superhero world. One that gas given readers a diverse alternative with solid creative team all around. With all of that said, Cloudia & Rex may be their best looking series yet. There’s a great concept, and diverse characters that appear to be dealing with some heavy themes. Don’t miss out on what could end up the surprise of the week, month, and maybe even year.