•  His war has been won. The few humans left alive are enslaved, the mutant rebellion crushed. EN SABAH NUR, the APOCALYPSE, rules his BATTLEWORLD kingdom without mercy, but the terrorist X-MEN plan to end his reign. Success means finding one very special mutant named CYPHER and unleashing a weapon that will kill Apocalypse — and possibly all mutants, too!

Why It’s Hot: A little over 20 years ago an 8 year old kid walked into his local Long’s Drugstore and saw two comic books with wildly different takes on the characters from his favorite cartoon. He picked up his first two comic books ever, X-Men: Alpha and Astonishing X-Men #1, and never looked back. Today this guy writes the Hot Five article for your favorite comic book website. The “AoA” is one of Marvel’s greatest events ever, and despite their best effort with a mini series and ongoing Marvel hasn’t been able to capture the magic of early 1995. Lucky for us Secret Wars is taking us back to the original story with a writer who was involved in the original event. Between my nostalgia, and the quality of both the original crossover and the current Secret Wars, Age of Apocalypse is one of my most anticipated titles of the summer. 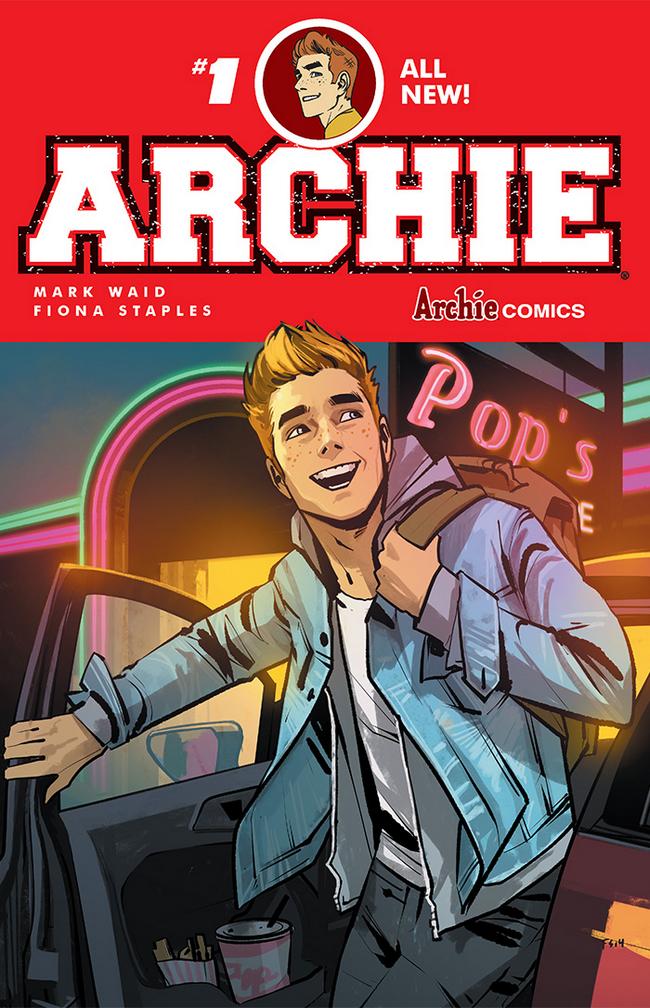 Comic superstars Mark Waid and Fiona Staples reimagine an icon! Change is coming to Riverdale in this can’t-miss kick-off to Archie’s new ongoing series! Familiar faces return in new and unexpected ways in this must-have #1 issue! As the new school year approaches, you’d think Archie Andrews would be looking forward to classes and fun-but nothing is as it seems in the little town of Riverdale. But is this a one-off or a sign of bigger changes awaiting for America’s favorite teens – and the entire town? Find out in this exciting and remarkable first issue!

Why It’s Hot: The biggest reboot of 2015 is here! The superstar creative team of Mark Waid and Fiona Staples update Archie Andrews and the citizens of Riverdale for a new generation. This first issue is everything one could hope for, and more. It’s new and fresh, yet retains what has made these characters special for almost 75 years. There are so many good things I can say about this book, but just know that it is THE hot book of the week!

• The Civil War never ended. Welcome to the Warzone, where six years of non-stop battle between the forces of the Blue and the Iron have split the nation down its center, utterly transforming it. In a world of new alliances and strange enemies, President Tony Stark and General Steve Rogers meet to make one last attempt at peace.

Why It’s Hot: Mark Millar and Steve McNiven’s Civil War was divisive, but no doubt one of the biggest, and most important comic books of the 21st century. It sold through the roof, and played a big role in lifting a sagging comic book market. Not to mention that it continues to sell, and inspired the upcoming Captain America movie. In other words, it’s a perfect story for Secret Wars. Marvel is bringing out a pair of big time creators in Charles Soule and Lenil Yu to continue the battle between Steve Rogers and Tony Stark. Only time will tell, but there’s a solid chance that this series can end up one of the biggest of the year.

Two iconic franchises collide for the blockbuster crossover event of 2015! The crew of the U.S.S. Enterprise meets the Green Lantern Corps for the first time in an all-new adventure that spans the cosmos! Don’t miss the thrilling first chapter of THE SPECTRUM WAR, as Kirk and Spock make a most unusual discovery on a lost world… igniting events that will change the fate of empires!

Why It’s Hot: Throughout Star Trek’s comic book history the different crews of the USS Enterprise have crossed paths with a number of big time comic book characters. They’ve met the X-Men, Doctor Who, and the Legion of Superheroes to name a few. Now Star Trek writer Mike Johnson brings Captain Kirk and crew face to face with Hal Jordan and the Green Lantern Corps. Two of science fiction’s best space based properties come together for a mini series extravaganza! This is the kind of thing that can only happen in comics!

You know him…you love him…now, join him for his biggest caper as master of charm Lando Calrissian gets his very own comic book! Before he joined the rebellion, before he ran Cloud City, Lando made his way in the galaxy getting by on some swindles, some swagger, and a smile. Lobot at his side, Lando has a plan to steal a very valuable ship…but has he bitten off more than he can chew? Writer Charles Soule (DEATH OF WOLVERINE, INHUMAN, SHE-HULK) and artist Alex Maleev (DAREDEVIL, SPIDER-WOMAN, MOON KNIGHT) bring us the tale of a scoundrel in his natural element-trouble!

Why It’s Hot: Marvel has done wonders with the Star Wars line of comics over the past seven months. Star Wars, Princess Leia, and Darth Vader have all featured top flight creative teams doing amazing work. There’s no reason to believe that won’t continue he with Lando. What makes this series even more exciting is that there’s a lot of room for the great creative team of Charles Soule and Alex Maleev to explore the character of Lando Calrissian, as the movies don’t reveal a whole lot about him.