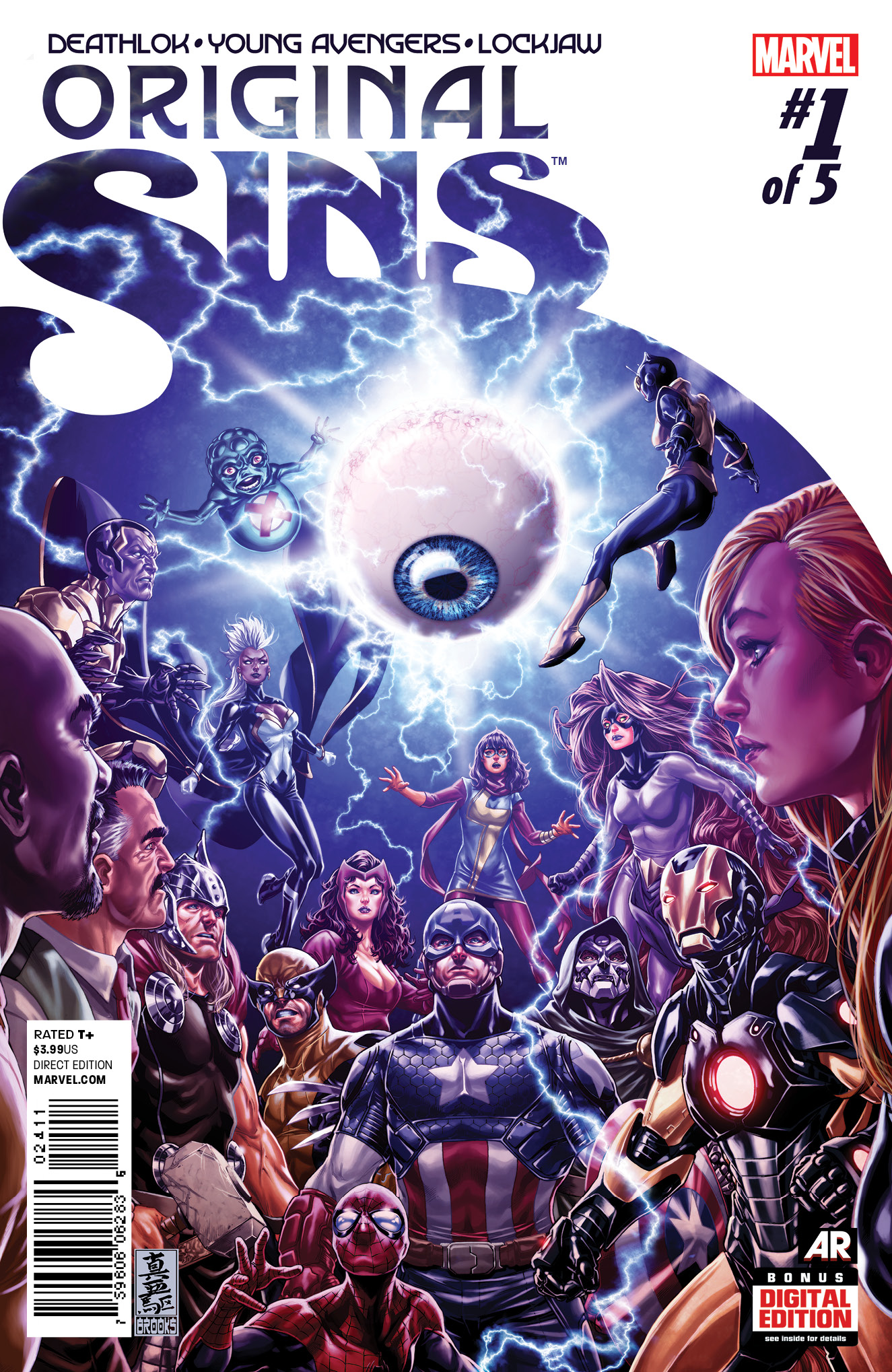 Angry Birds, the world’s most popular mobile game franchise, makes it’s comic book debut! Featuring a fun-filled, action packed story from Eisner-nominated creator Jeff Parker, these comics are ready to slingshot their way off the page and into your hearts!

Why It’s Hot: One of the most popular games of all time makes its way to the comic page in this brand new series for the entire family! This isn’t some weak attempt to cash in on the Angry Birds name, but instead features a great creative team looking to get the most out of this massive franchise! 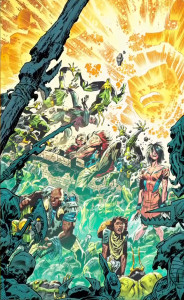 INFINITY MAN AND THE FOREVER PEOPLE #1
Written by Dan Didio and Keith Giffen
Art and cover by Keith Giffen and Scott Koblish
Published by DC Comics – $2.99

Four of the best students from New Genesis arrive on Earth to study and aid in the advancement of humanity – but they soon discover a darker purpose to their mission: a threat so great that it may bring the multiverse itself to its knees! The only thing that stands between them and total destruction is the mysterious entity known as the Infinity Man!
Don’t miss the start of this new series by Dan DiDio and Keith Giffen, the team that brought you the over-the-top adventures of O.M.A.C.!

Why It’s Hot: The creators behind the criminally underrated O.M.A.C. bring more Jack Kirby goodness to The New 52! If you want big adventure, big characters, and big fun look no further than Infinity Man and The Forever People.

It’s the battle you didn’t know you wanted to see—until now! As the New Avengers take on the combined power of the Great Society—and only a single parallel Earth can survive!

Why It’s Hot: After a few issues of a slow build, the battle is on! The Illuminati vs The Great Society with two Earths hanging in the balance! As Hickman races towards Time Runs Out in September the stakes are going to get bigger and bigger, and one of the best superhero books on the stands is just going to get better!

This June – the sins of the Marvel Universe extend much further than you can possibly imagine in ORIGINAL SINS #1 – the first in a 5-issue companion series exposing even more secrets than could be contained in Original Sin! Each issue of ORIGINAL SINS contains three all-new stories spotlighting fan-favorite characters throughout the Marvel Universe.

Why It’s Hot: This is more than your average companion series. Original Sins features new takes on fan favorite characters. Nathan Edmondson and Mike Perkins on Deathlok! The return of the Young Avengers courtesy of Ryan North and Ramon Villalobos! The adventures of everybody’s favorite Inhuman pet, Lockjaw by Stuart Moore and Rick Geary. With Deathlok being featured on Marvel’s Agents of SHIELD, the Inhumans beginning to take center stage in the Marvel Universe, and the critical acclaim/surge of popularity with the last volume of Young Avengers, this is a red hot, must read book!

SPECIAL ‘JOE KEATINGE’S BIRTHDAY’ ISSUE! It’s a day of celebration for our beloved writer, but a day of horrible consequence for Kate Kristopher! Major loss comes when the life Kate left behind sends an assassin with a gigantic bomb gun after her. ALL THIS PLUS: a triceratops.

Why It’s Hot: Shutter is one of the craziest books on the racks, and the creative team of Keatinge and del Duca have engaged in an insane amount of world building where just about anything goes. This doesn’t even take into consideration a strong female lead in Kate Kristopher, a grand sense of adventure, and a moment in this issue that will leave people applauding the creative team. This is quickly becoming another must read Image book.