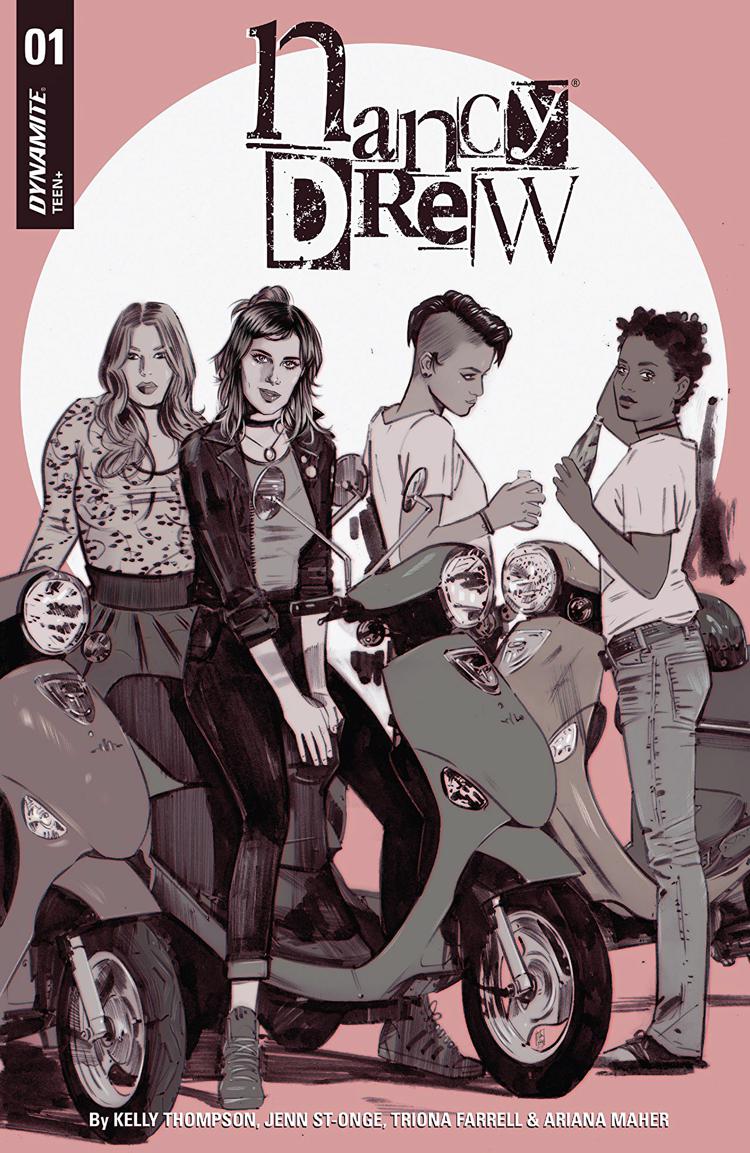 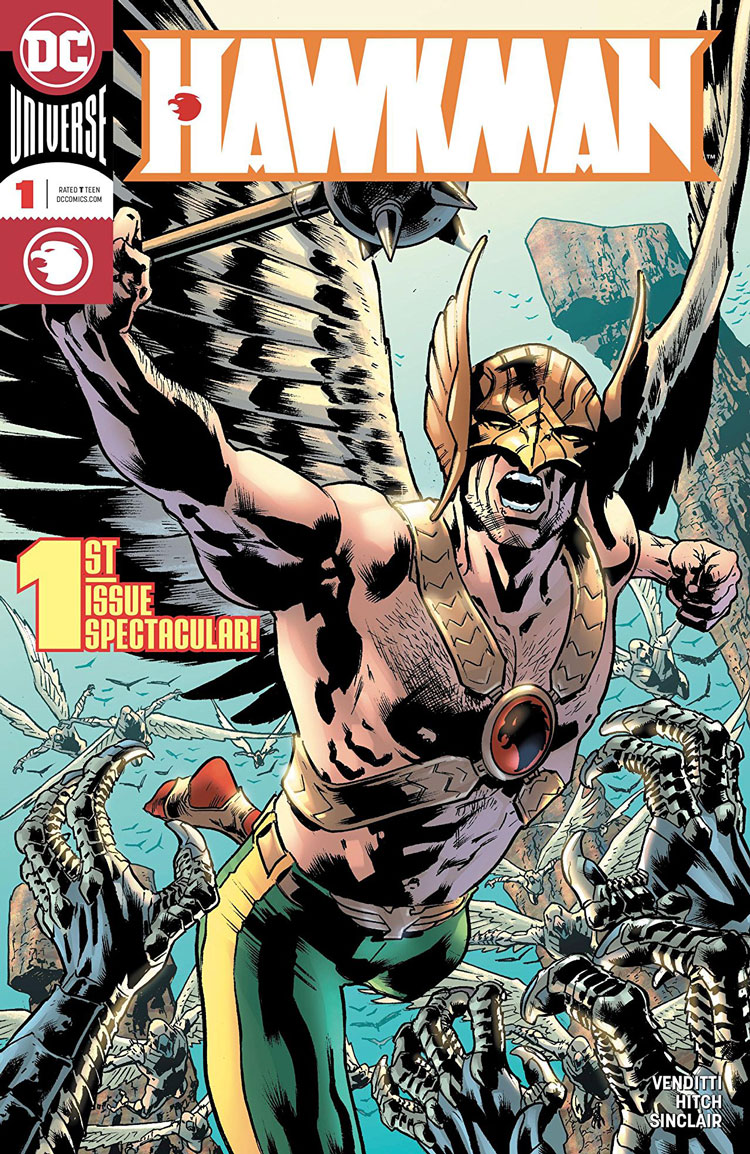 Spinning out of the events of DARK NIGHTS: METAL, Carter Hall returns to the DC Universe! An explorer of the ancient and unknown, Hawkman finds himself embroiled in a long-standing mission to discover the true purpose of his many reincarnations. Carter races around the globe trying to piece together an ancient prophecy, but will he be able to face down his past lives lurking around every corner?

Why It’s Hot: Venditti and Hitch team up for one of the most anticipated returns of the year. Hawkman recently returned to the DCU in the pages of Dark Nights: Metal and his adventures continue with his first solo series in years! If you ever wanted to see a superhero Indiana Jones this book is for you. If you want to see Bryan Hitch’s best work in over a decade then this book is for you. 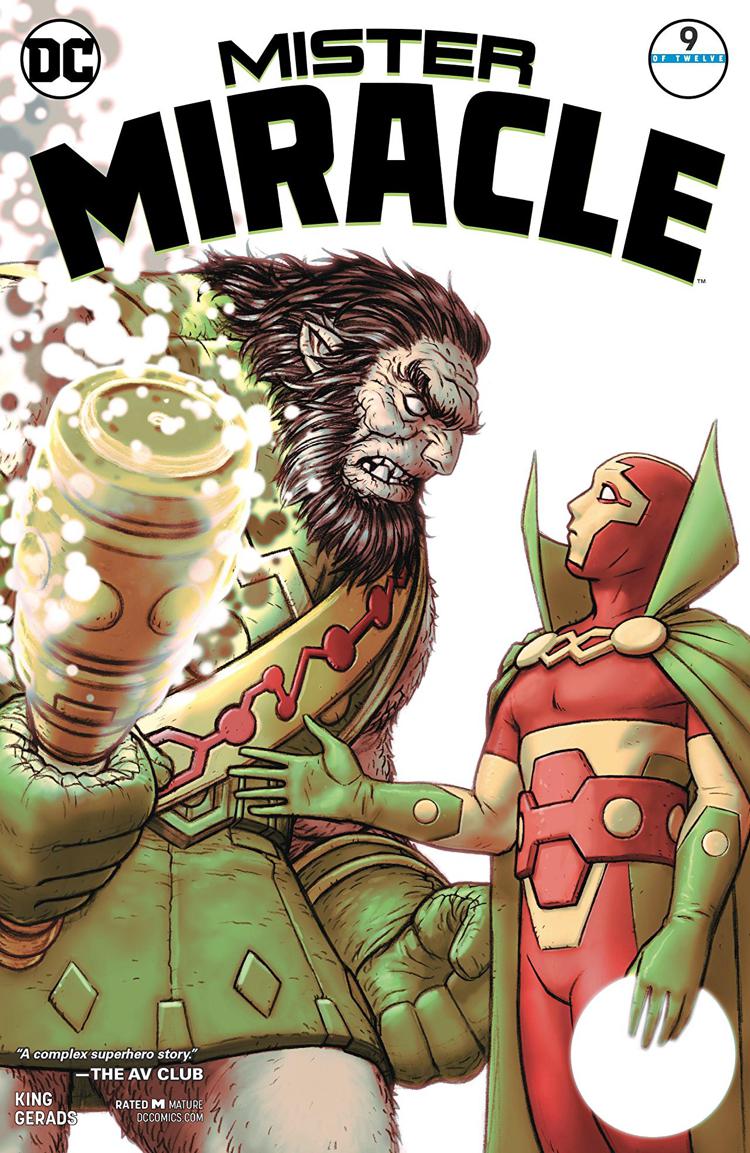 After war comes peace. The bloody battles that waged across New Genesis and Apokolips have come to an end, and now Mister Miracle and Kalibak must sit down and discuss a truce. Can Scott Free trust the former minions of Darkseid to keep their word? Not likely, but a leader sometimes has to take a risk in service to the greater good. Perhaps the more pressing question, though, is whether Big Barda can make it through the negotiations without beating the life out of the assassin Kanto.

Why It’s Hot: If it wasn’t for the real world getting in the way this issue would feature the most talked about peace summit of the year! Yep, it’s Mister Miracle sitting across the table from Kalibak with the future of both New Genesis and Apokolips on the line courtesy of Tom King and Mitch Gerads. 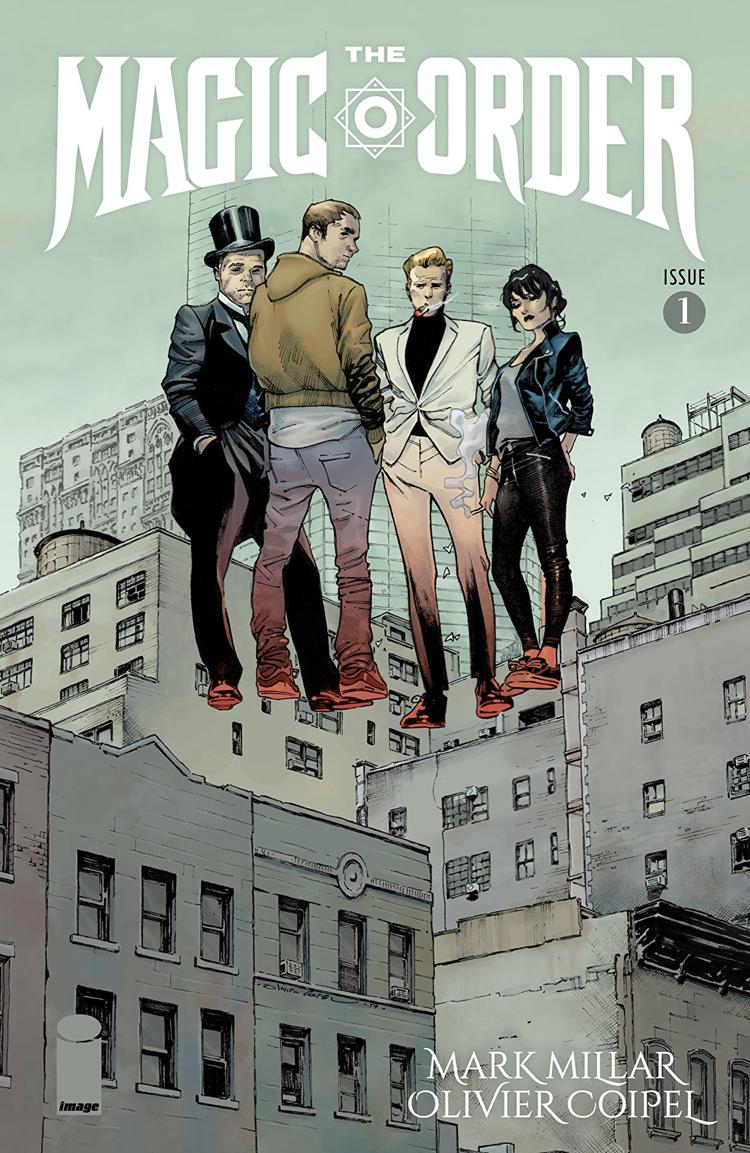 We live in a world where we’ve never seen a monster, and The Magic Order is the reason we sleep safely in our beds. Magic meets the mob in THE MAGIC ORDER, as five families of magicians-sworn to protect our world for generations-must battle an enemy who’s picking them off one by one. By day, they live among us as our neighbors, friends, and co-workers, but by night, they are the sorcerers, magicians, and wizards that protect us from the forces of darkness…unless the darkness gets them first. MARK MILLAR’s first NETFLIX comic book, drawn by the incredible OLIVIER COIPEL (Amazing Spider-Man, Thor).

Why It’s Hot: Two of the biggest names in comics teaming up for the first Millarworld book under the Netflix banner. Millar has made sure each of his new comics are huge events with superstar artists, and this comic is no exception with the genius Olivier Coipel on pencils. Even if you aren’t too excited for the content, Millarworld’s high profile deal with the streaming giant makes this one of the most interesting comics of the Summer.

Nancy Drew is seventeen and good at everything…ESPECIALLY solving crimes. But her totally-in-control-and-obviously-running-perfectly-smooth-(but-not-really) life hits a snag when a mysterious message drags her back to the hometown she left behind. There she’ll have to find out which of her friends are still her friends, which are enemies, and who exactly is trying to kill her…and (hopefully) stop them before they succeed. KELLY THOMPSON (Hawkeye, Star Wars, Rogue & Gambit) and JENN ST-ONGE (Giant Days, The Misfits) team up to present an all-new modern spin on a classic mystery icon!

Why It’s Hot: Nancy Drew is back, and fans should rejoice, because budding superstar Kelly Thompson has brought her A-game to the new series. This comic can best be described as Nancy Drew meets Veronica Mars with absolutely pitch perfect art from St. Onge and Farrell. If this comic gets in the right hands (school libraries and book fairs) we may see the next massive hit. If I didn’t spell it out enough, if this title piques your interest in the slightest you should definitely read this. I honestly can’t recommend the structurally perfect first issue enough. 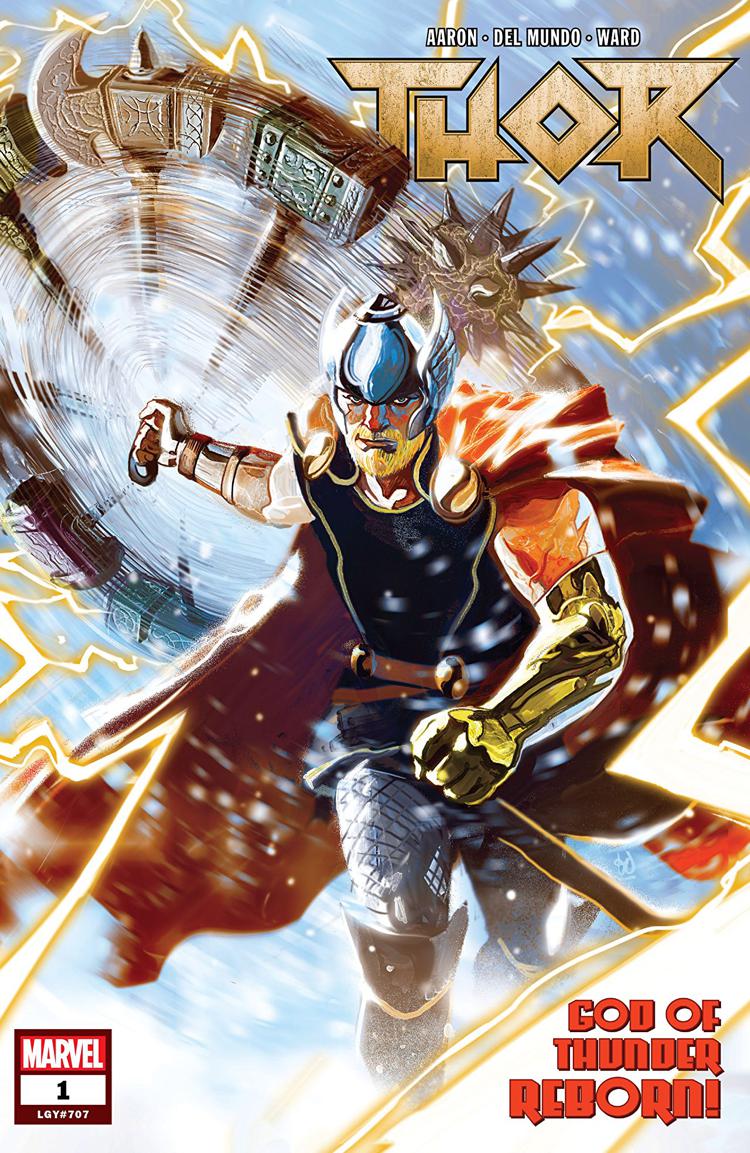 JASON AARON & MIKE DEL MUNDO TAKE THE PRINCE OF ASGARD IN A WHOLE NEW DIRECTION!
Thor Odinson has regained his mantle – and with it, a wild new world of trouble on his mighty hands! The artifacts of Asgard have been scattered across the earth, and to reclaim them, Thor will have to face some ugly truths. Like the production cost of hundreds of new hammers! And the Thunder God is going to need every last one of them if he’s going to stop the unstoppable Juggernaut. Jason Aaron takes the Prince of Asgard in a whole new direction with YOUNG GUN artist Mike Del Mundo joining him at the helm! And don’t miss the latest chapter of the King Thor saga with acclaimed BLACK BOLT artist Christian Ward, as the Thor of the far future encounters an old friend who’s undergone some startling changes.

Why It’s Hot: Jason Aaron continues his epic, character defining Thor run with a new volume that sees the return of Odinson to the titular role. Oh yeah, Mike Del Mundo and Christian Ward are both joining the art team. If you’ve been missing out on arguably the best superhero run going today this is the perfect opportunity to jump on board. Comic books don’t get much, if any, better than this!