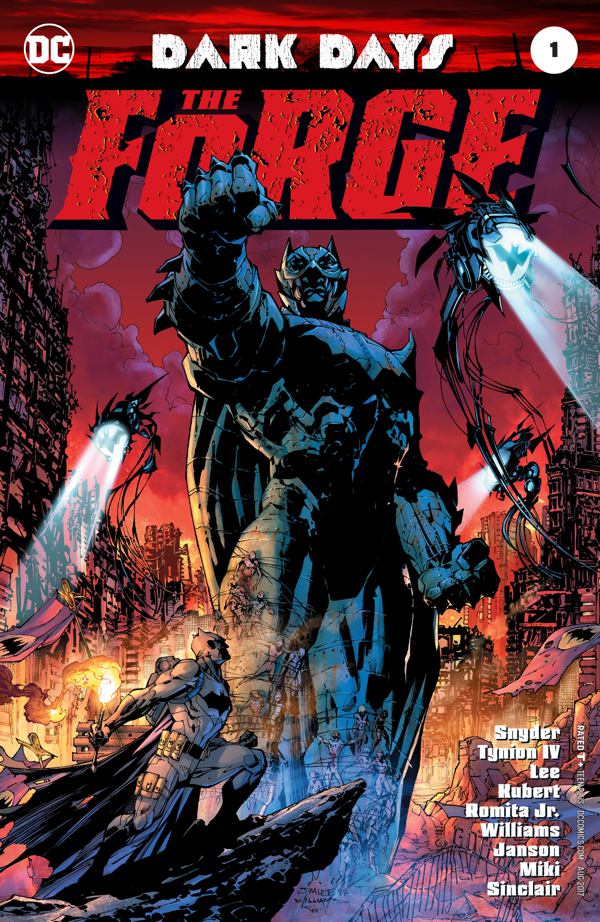 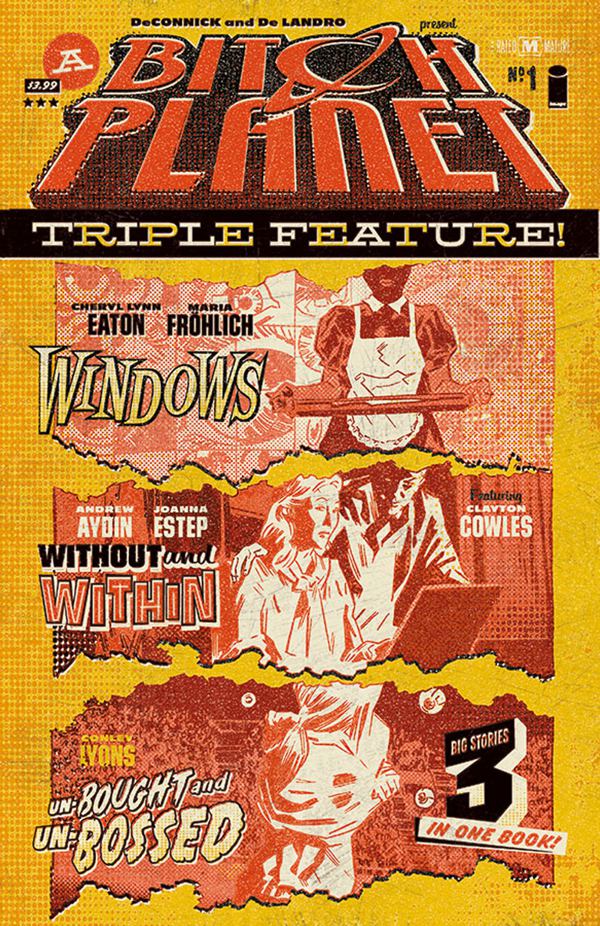 PLUS: Essays, letter column, and more!

100% Grade A satire. Accept no substitutes.

Why It’s Hot: The Bitch Planet universe is expanding in this special issue featuring some HOT up and coming creators. Don’t sleep on this issue because  Kelly Sue Deconnick’s name isn’t on the cover. Seeing this world opened up to different creators with their own perspectives should be an exciting prospect for fans of the series. 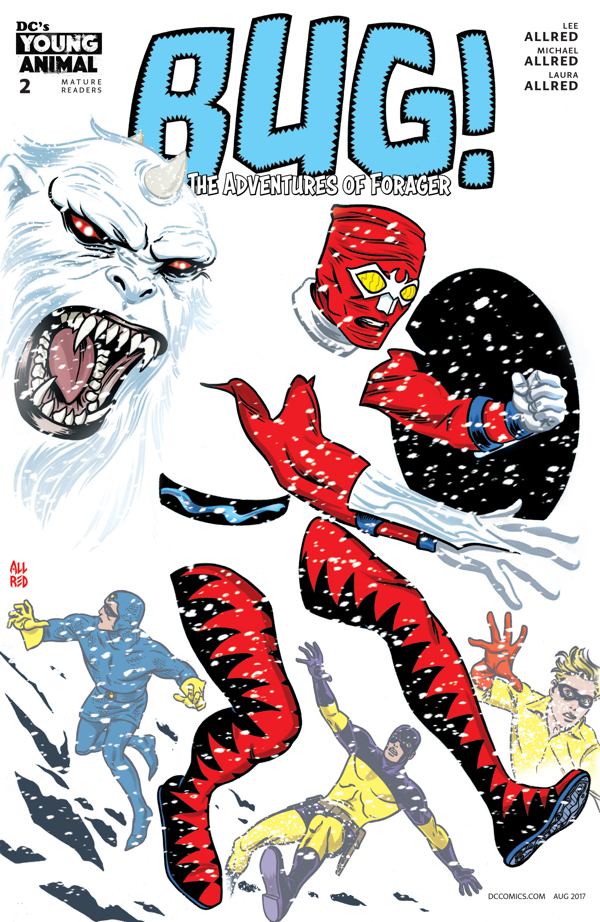 Bug’s tumble through dimensions ends up taking him back in time, to the start of General Electric’s mad scheme. In the remote Himalayas, the mad scientist leads his robot army in search of a precious magical metal. Sandman, Sandy, Blue Beetle and the Losers are already out in the snow looking to stop him, but only Bug knows that the fate of the multiverse hangs in the balance. Plus, we begin a new backup feature by James Harvey (Masterplasty, We Are Robin).

Why It’s Hot: The first issue of the Allred family’s tribute to Jack Kirby was simply stunning. It was a near perfect way to celebrate one of the industry’s most important figures. If you’re a fan of Kirby, old school comics, or just  good comics in general this is a comic you’ll want to pick up.

DARKNESS COMES TO THE DC UNIVERSE WITH THE MYSTERY OF THE FORGE! Aquaman, The Flash and more of DC’s pantheon of heroes suspect Batman of hiding a dark secret that could threaten the very existence of the multiverse! It’s an epic that will span generations-but how does it connect to the origins of one of DC’s most legendary heroes?

The great comics event of summer 2017 is about to begin courtesy of superstar writers Scott Snyder and James Tynion IV and illustrated by a master class of comics artists: Andy Kubert, Jim Lee and John Romita Jr.! You do not want to miss this one!

Why It’s Hot: The “Dark Days” are here and all roads lead to METAL. A superstar creative team kicks off the biggest event of the Rebirth era. There will be surprises and big things will happen. You do not want to miss out on the book everyone will be talking about on Wednesday. 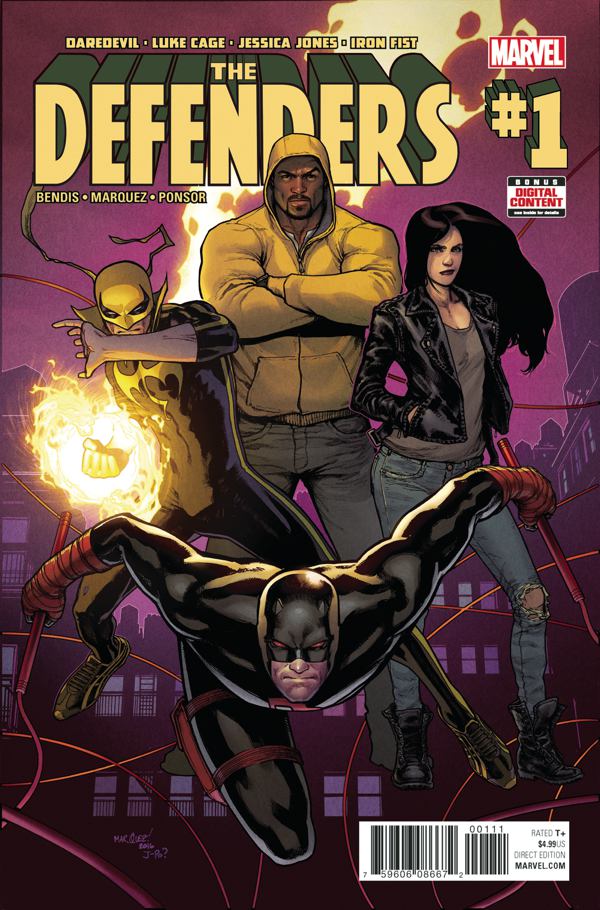 Daredevil! Luke Cage! Jessica Jones! Iron Fist! Individually, these four heroes have been on the front lines of the battle to keep the streets of the city safe and secure! But now, with a deadly enemy from the dim past making a major move to unite the underworld, they will need to become more – they will need to become DEFENDERS! Brian Michael Bendis and David Marquez unite to bring you the next great super-team, in the tradition of NEW AVENGERS!

Why It’s Hot: Bendis has wanted to do a Defenders series for years, and now he finally gets his chance in advance of the Netflix show. Bendis created Jessica Jones, and is the definitive Luke Cage creator while David Marquez is a superstar artist. This is one of the biggest comics of the summer and I know that I can’t wait to read it! 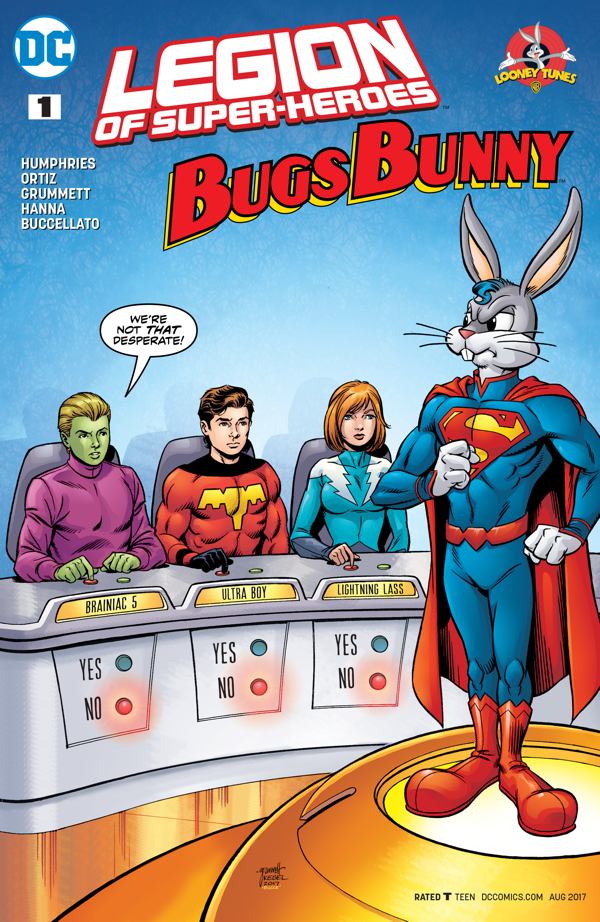 The Legion of Super-Heroes always thought they had taken their inspiration from the 21st Century’s Superboy. But when they try to bring that hero into their future time, the team discovers to their surprise the caped champion isn’t who-or even what-they expected! And the bonus Looney Tunes backup story features DC characters with story and art by Juan Ortiz!

Why It’s Hot: Why are classic DC characters crossing over with Looney Toons? If you find yourself asking that question look no further than this issue for the answer. This is a must buy for fans of the Legion and Silver Age goofiness. Be prepared for one of the most surprising comics of the month.