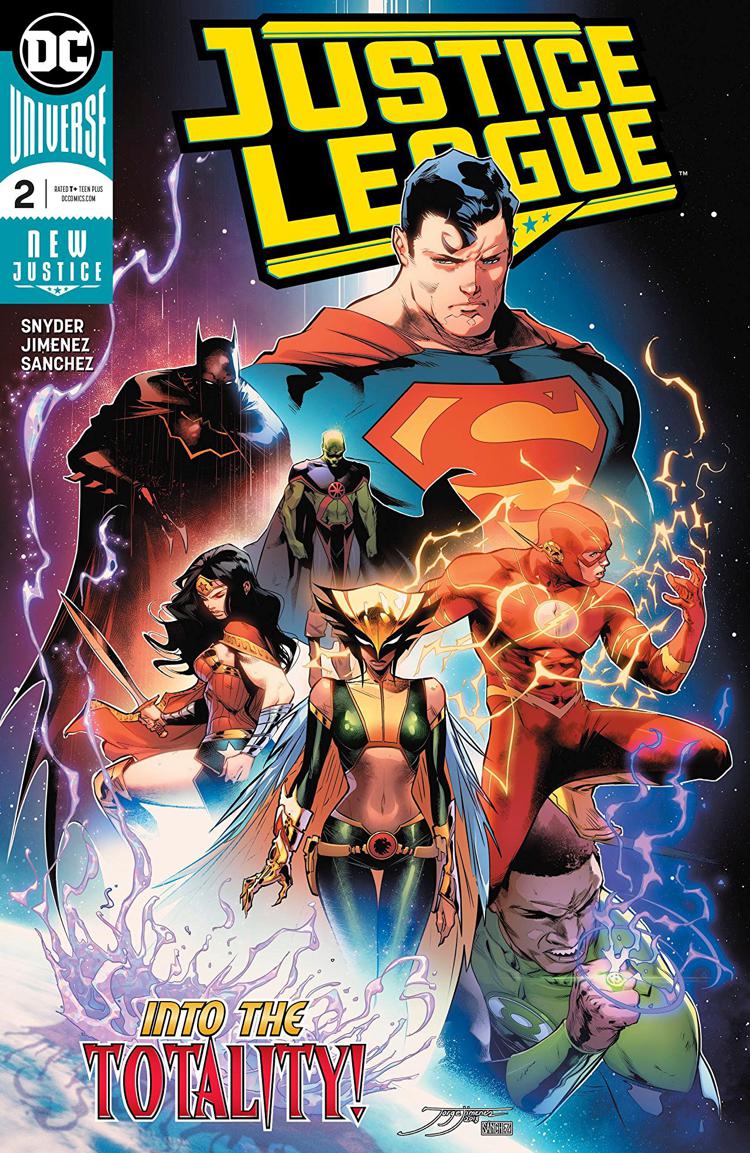 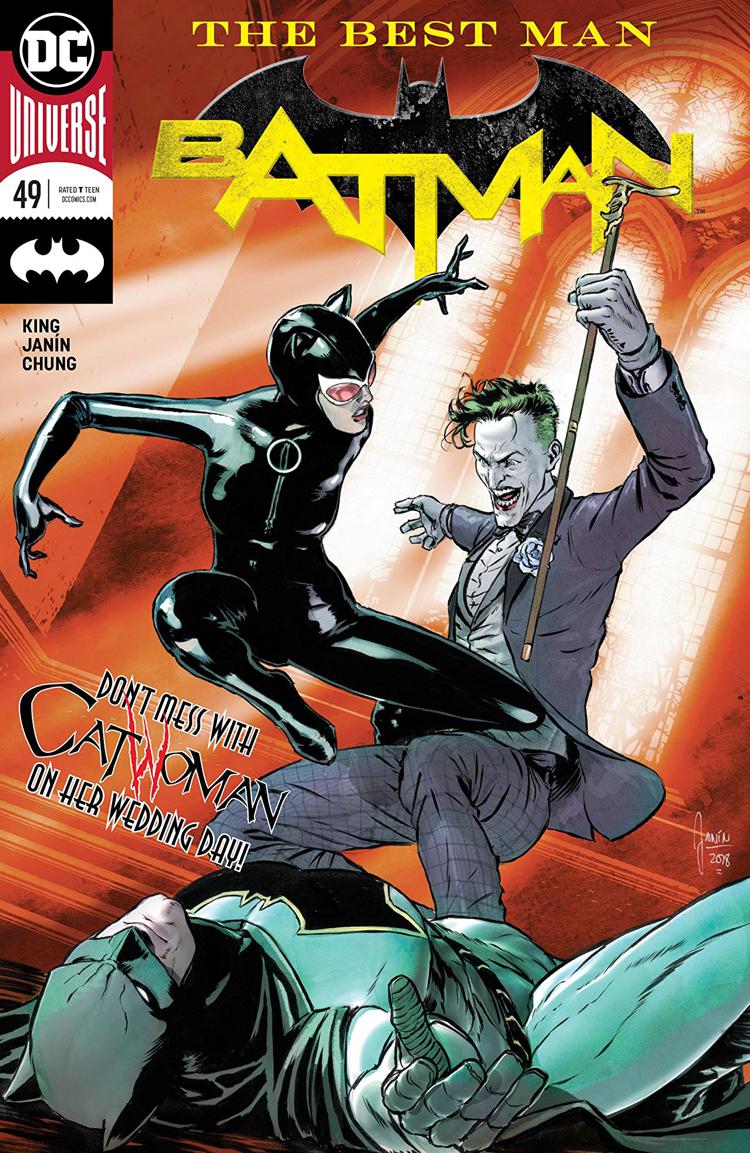 “THE BEST MAN” part two! Now it’s up to Catwoman to rescue her one true love. It’s the Cat vs. the Clown in one exciting showdown that sets the stage for our giant anniversary issue-and the biggest union in comics!

Why It’s Hot: Catwoman vs. The Joker with Batman’s life on the line. Let’s just say you’ll get inside look at the relationship between the two in a way that is quintessential Tom King, and could very well dictate the future of all involved. 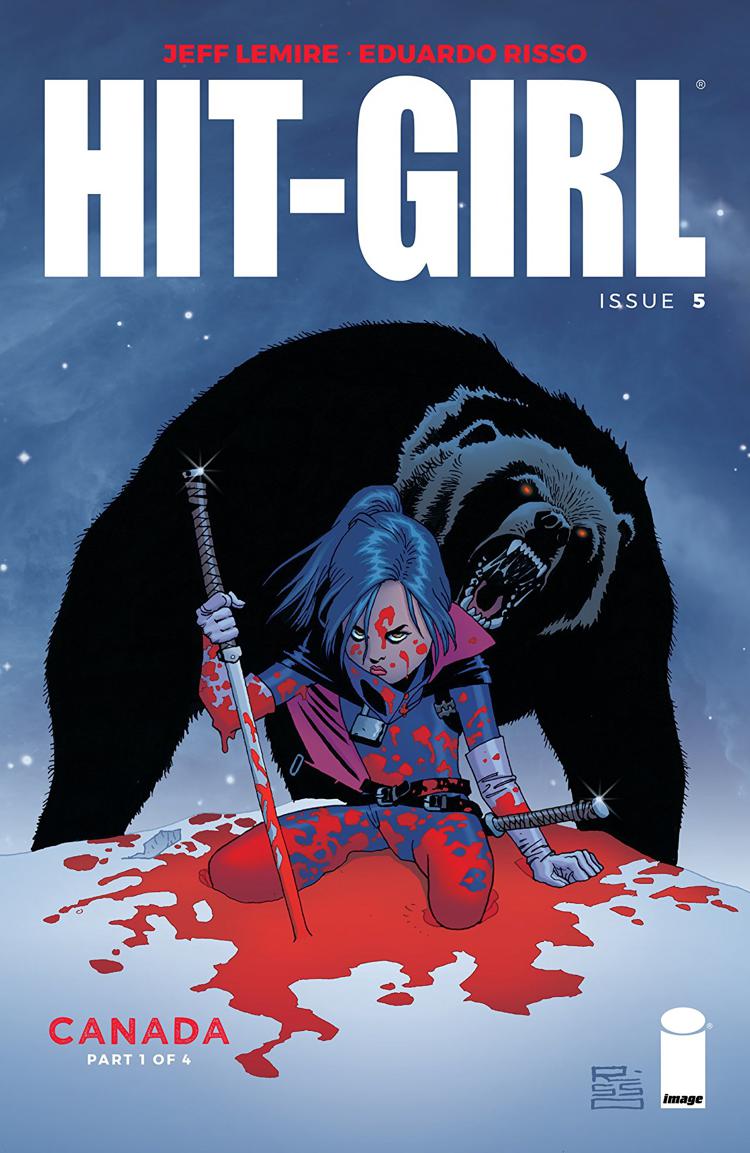 Leaving behind her Colombian bloodbath, Mindy is locked, loaded, and ready to seriously mess up some Canadians. JEFF LEMIRE and EDUARDO RISSO take on MARK MILLAR’s psychotic 12-year-old Hit-Girl for the next stop in her blood-soaked world tour. No amount of ice or snow will prevent Mindy from slaughtering her latest enemies. Variant covers from awesome Canadian artist KARL KERSCHL and a KICK-ASS #5 connecting cover from ÖZGÜR YILDIRIM.

Why It’s Hot: Millarworld is one of the biggest imprint in comics today, and Mark Millar has wrangled up one hell of a creative team to tell the next chapter in Hit-Girl’s adventures. The superstar team of Jeff Lemire and Eduardo frickin’ Risso are taking Mindy to the great white north. Did you know that Comicosity is a Canadian website? Well it is, and usually that would be a good enough reason to incłude a high profile comic set in Canada in this column. But did I mention JEFF LEMIRE AND EDUARDO RISSO WORKING ON A COMIC BOOK TOGETHER!?

“THE TOTALITY” part two! The League faced an impossible decision…and now they must face the consequences! While Martian Manhunter and Batman attempt to recruit an old ally back into the fold, The Flash and Hawkgirl are blindsided by new challenges that could rewrite their mythologies!

Why It’s Hot: This comic is huge. I’d describe this run as a combination of Morrison’s JLA with the big, universe spanning threats, and the game changing expansion of the DCU mythology of Geoff Johns’ Green Lantern run. All of this tied up in a nice Justice League Unlimited bow by a creative team at the very top of their game. If that doesn’t get you excited for this comic nothing will. This is big team superhero comics at their finest, and one every DC fan should be reading. 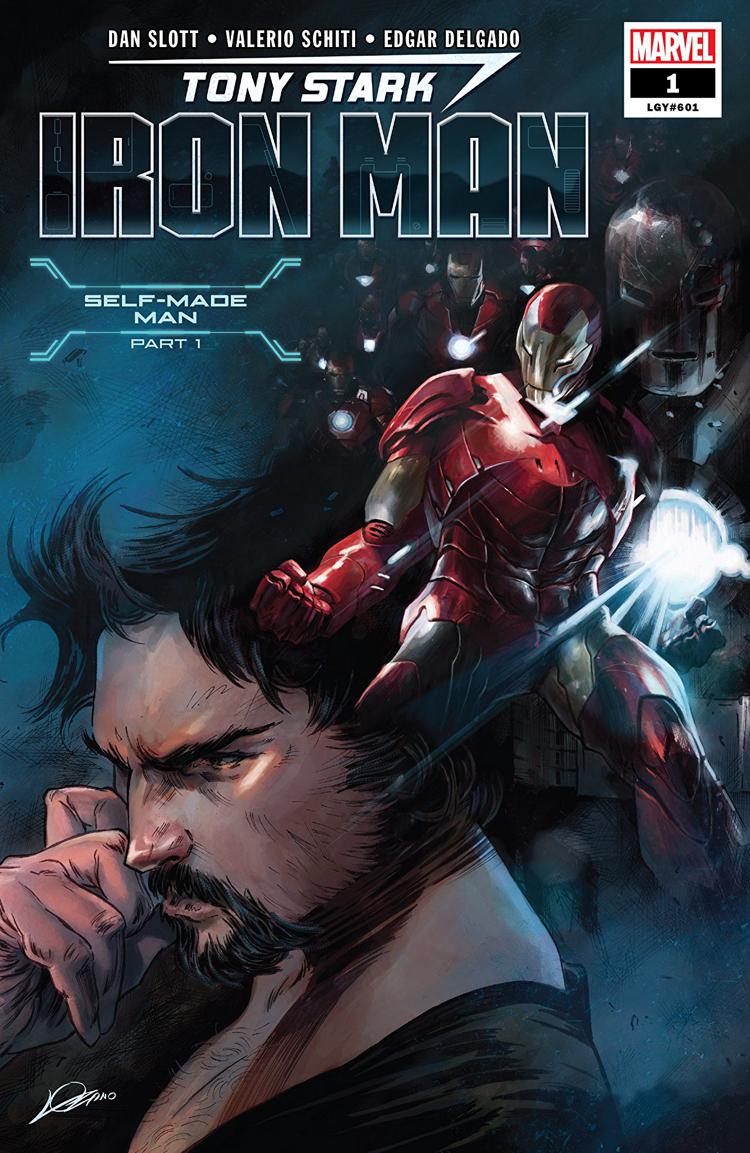 TAKE FLIGHT WITH DAN SLOTT & VALERIO SCHITI!
From the cusp of tomorrow’s dreams to the forefront of imagination, one man always soars on the cutting edge of adventure!

You know his name. Tony Stark is Iron Man.

And Iron Man…is an idea. Always changing. Always evolving. An idea without limit!
Take wing with DAN SLOTT (AMAZING SPIDER-MAN) and Valerio Schiti (GUARDIANS OF THE GALAXY) as they propel the ultimate Self-Made Hero to new heights of inventiveness!
Tony Stark is Iron Man. The future is now. Strap in!

Why It’s Hot: After a record breaking run on Amazing Spider-Man Dan Slott is trading in his web slingers for a suit of armor as he ushers in a new era for one of Marvel’s premier characters! Joining Slott on this ride is the great, and criminally underrated, Valerio Schitti. With a writer who knows the Marvel Universe like Slott, and an artist like Schitti I feel comfortable thinking that this is going to be quite the comic. 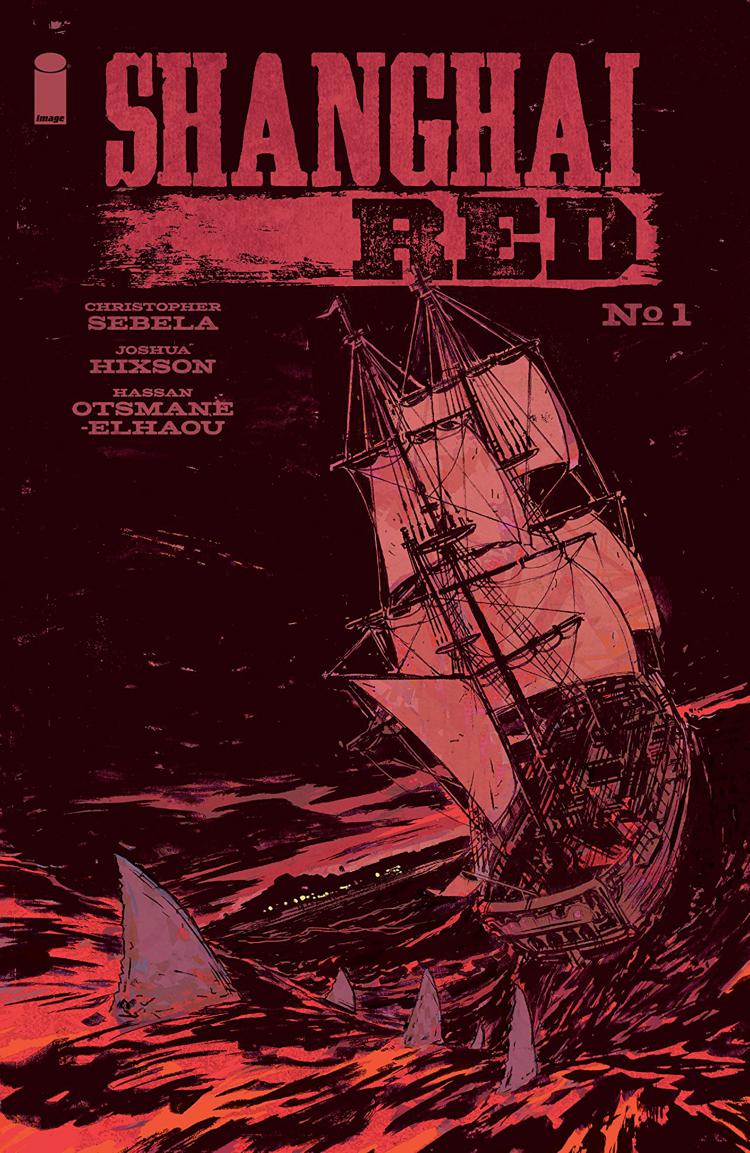 Red is one of hundreds shanghaied out of Portland in the late 1800s. Drugged, kidnapped, and sold to a ship’s captain, she wakes up on a boat headed out to sea for years, unable to escape or even reveal who she truly is. Now she’s coming back in a boat covered in blood to find her family and track down the men responsible for stealing her life out from under her. Eisner-nominated writer CHRISTOPHER SEBELA (High Crimes, Heartthrob, We(l)come Back), JOSHUA HIXSON (The Black Woods) and HASSAN OTSMANE-ELHAOU (Felix & Macabber) bring you a tale of revenge, family, and identity that stretches from the deck of a ship outside Shanghai all the way to the bleak streets and secret tunnels of Portland, Oregon.

Why It’s Hot: This long gestating Image Comics debut from the minds of rising star Christopher Sebela and artist Joshua Hixon is one comic you won’t want to miss out on. Shanghai Red is a bloody, violent, look at one woman’s quest for revenge life with 19th century Portland as the backdrop. Don’t sleep on this come during your trip to the shop this week, as I have a feeling it’s going to be a sleeper hit among indie fans.