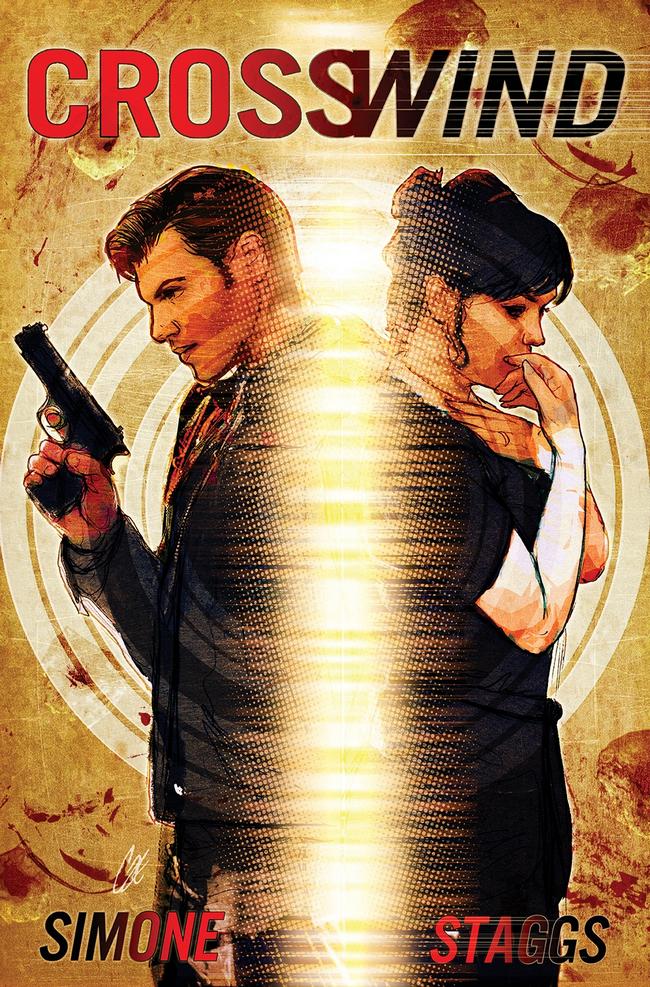 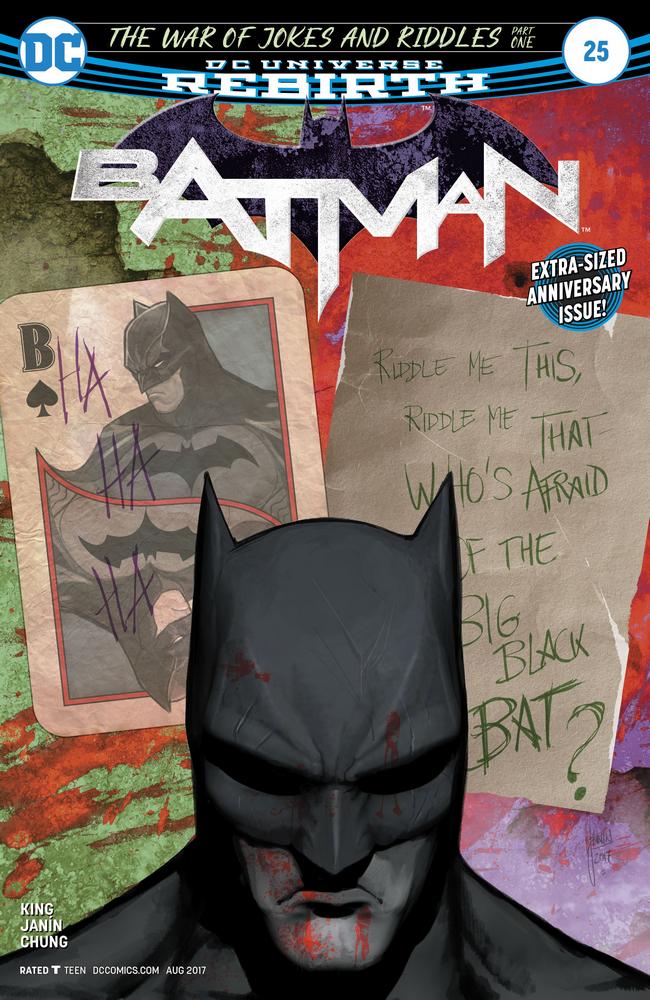 “The War of Jokes and Riddles” part one! Don’t miss this extra-sized anniversary issue! In his own words, Bruce Wayne narrates a harrowing, never-before-told story of the Dark Knight’s greatest failure…and the horrors it unleashed! In the spirit of YEAR ONE and THE LONG HALLOWEEN, prepare to see a side of Batman you’ve never seen before-get in on the ground floor of a classic Batman epic in the making!

Why It’s Hot: King + Janin + Batmam + Joker + The Riddler = one of the biggest stories DC has to offer readers in 2017. While Snyder and Capullo are are going METAL with the Caped Crusader, two of the other best creators in comics today are unleashing “The War of Jokes and Riddles” onto the world. Set in the aftermath of Zero Year, King, Janin, and company’s latest epic is an “untold” story with Batman stuck between two of his most iconic villains. There’s a good chance this week will see the start of something special in the pages of Batman.

A slick and ruthless Chicago hitman. A smart but downtrodden Seattle housewife.

Why It’s Hot: For a lot of readers a new Gail Simone series warrants an automatic inclusion in the Hot Five. Add the ridiculously talented Cat Staggs on pencils, and Crosswind continues to look hotter and hotter. Throw in an awesome concept that is being pitched as “Freaky Friday meets Goodfellas” and this comic is so hot it you’ll be lucky if it doesn’t burst into flames when the first page is opened. 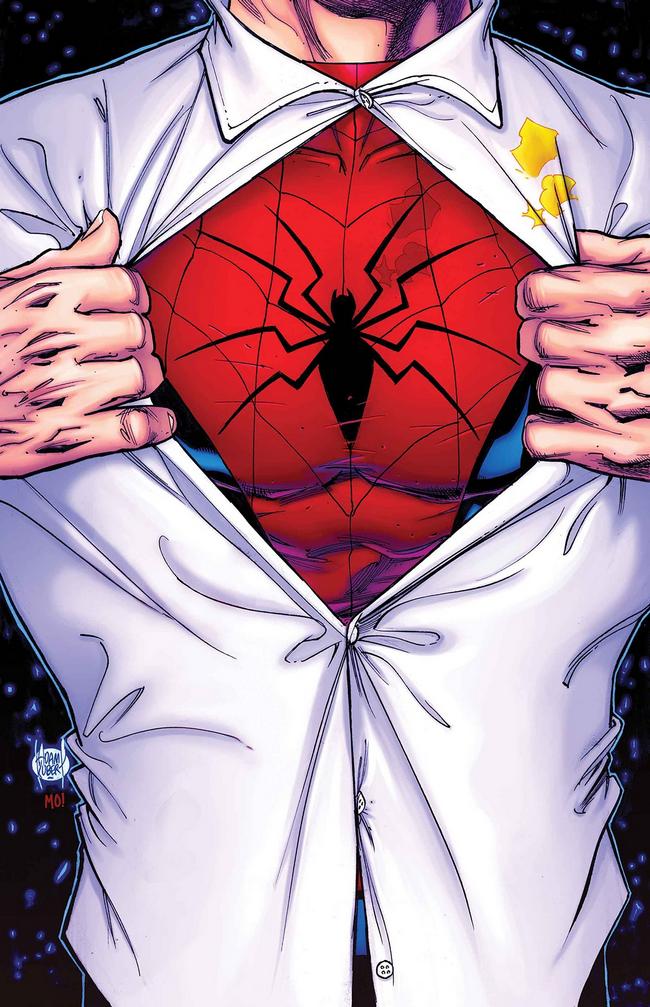 SPIDER-MAN RETURNS TO THE FRIENDLY NEIGHBORHOOD!

The webslinging, wallcrawling wonder returns to New York City in the all-new PETER PARKER: THE SPECTACULAR SPIDER-MAN. A companion series to the best-selling Amazing Spider-Man series, Peter Parker is going back-to-basics for big heroics in the Big Apple. Featuring adversaries old and new, be there as Spider-Man returns to his friendly neighborhood for his never ending battle against crime and the dreaed “Parker Luck”.

Why It’s Hot: Howard The Duck  not only proved that Chip Zdarsky can write a comic as well as he draws them, but also blessed this world with his take on  Spider-Man. While this isn’t the “Inconsolable” version of the character, the Free Comic Book Day story showed that Chip’s take on the traditional Peter Parker was just as awesome. Zdarsky writing Spidey would be enough to be included this week on its own, but ADAM KUBERT is on pencils. Now all of the sudden this comic is starting to be the equivalent of this triple digits heatwave making its way through Southern California right now. If you want a current day Peter Parker not written by Dan Slott here it is. If you are looking for a fresh take on Spidey here it is. If you’re looking for a book to point movie fans towards that has a shiny number one on the cover, this is it. If you’re looking for a creative team/character match made in Heaven here it is. In other words, this is going to be a good one. 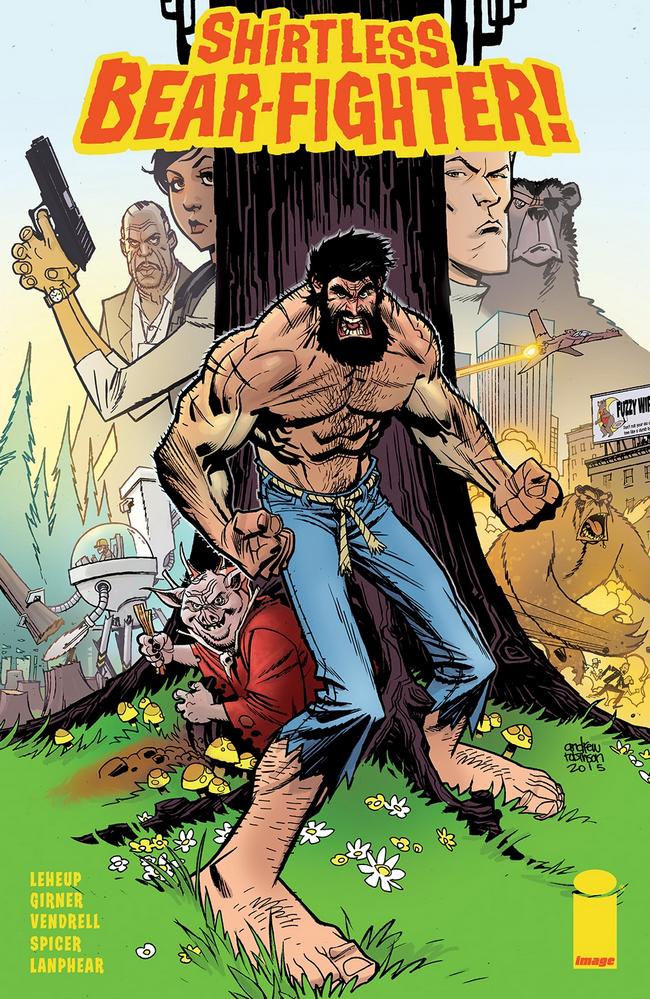 After being betrayed by the bears that raised him, the legendary Shirtless Bear-Fighter wanders the forest he’s sworn to protect, fistfighting bears, eating flapjacks, and being the angriest man the world has ever known!

When wild-eyed, super-strong bears attack the citizens of Major City, Shirtless ventures into the human world to do what he does best…PUNCH THOSE BEARS IN THE FACE! But all is not as it seems. Someone is manipulating Shirtless…and only by confronting the demons of his past can Shirtless hope to save his future!

A heart-filled, hilarious, tall tale for the ages… you don’t want to miss SHIRTLESS BEAR-FIGHTER! 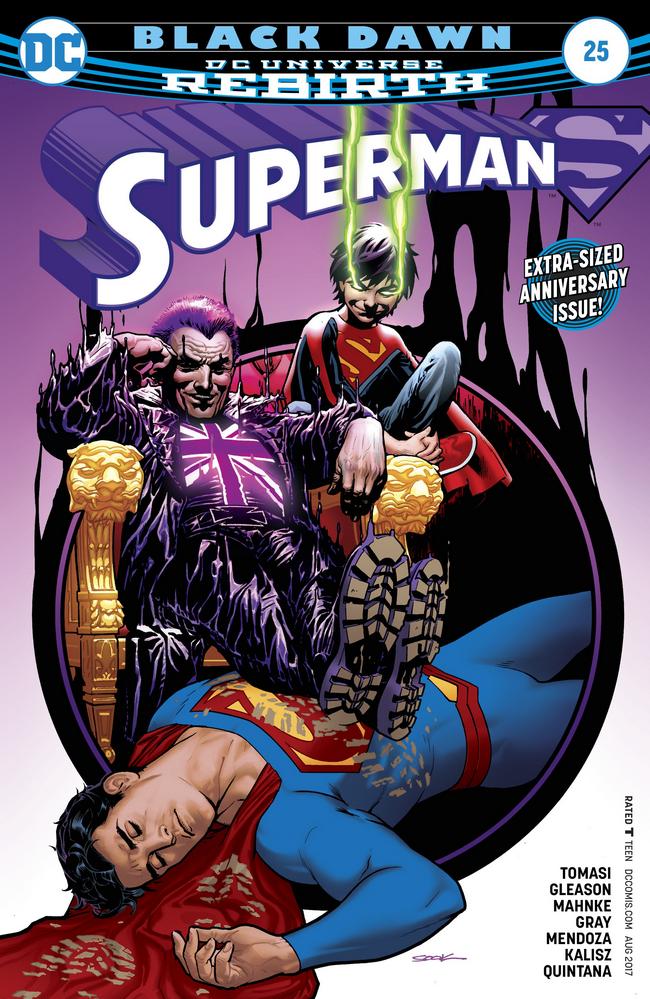 “BLACK DAWN” part six! The extra-sized finale to “Black Dawn” reveals the villain tearing the Super-Family apart and destroying everything the Man of Steel holds dear!

Why It’s Hot: Tomasi, Gleason, Mahnke, and everyone involved has made Superman an absolute must read comic twice a month. With the recent return of an “Elite” Superman villain, the Kent Family’s life in Hamilton County has been irrevocably altered. How will they get out of this latest predicament? Will Jon become the Superman that the villain wishes Clark was? I’m excited to find out, and I hope you are too!