New story arc! Peppermint Butler is one of the most mysterious dudes in Ooo. When he approaches Finn and Jake to recruit them for the secret agency he runs, they’ve just gotta join and see what’s going on!

Why It’s Hot: Adventure Time wrapped up its brilliant sixth season earlier this month. Now the question becomes what can the millions of fans do until the seventh season kicks off this Fall? My suggestion would be to pick up the great ongoing comic from BOOM! Studios. For forty issues, numerous mini series, and several OGNs, the comic line has been a wonderful take on such a great universe. It just so happens that the main series is beginning a brand new story arc. That makes this issue a perfect place to get your fix of Jake, Finn, PB, Marceline, BMO, and all the awesome citizens of The Land of Ooo. 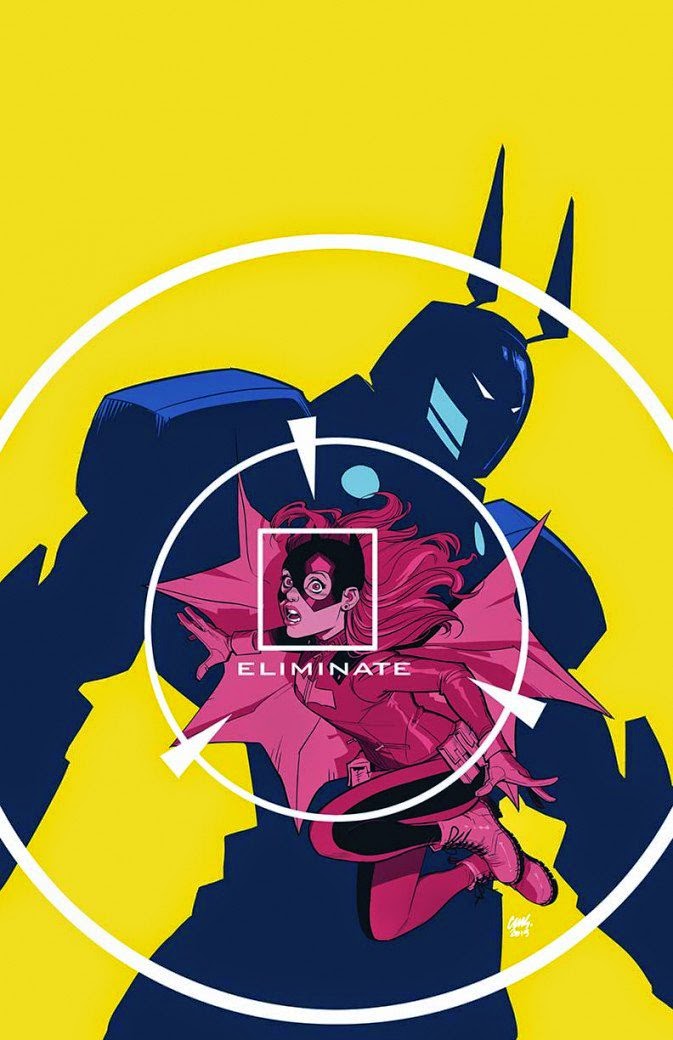 There’s a new Batman in town…and that spells bad news for Barbara Gordon! She’s already got enough upheaval in her life, with her roommate Frankie in on her biggest secret…and now she’s looking to get even more involved in Batgirl’s business!

Why It’s Hot: The title that many will argue inspired the current DC You campaign returns! If you haven’t tried Batgirl under the current creative team it’s time to find out what all the fuss is about. It looks as if Batgirl will come face to face with the new Batman, and considering who the new Batman is this should be quite interesting.

• In order to preserve the new life he’s built, Daredevil is faced with a critical decision–which may mean the death of Matt Murdock! Plus, with a new rival in town, is DD’s time in San Francisco coming to an end?

Why It’s Hot: Mark Waid and Chris Samnee are winding down one of the all time great Daredevil runs, and it looks as if they are going to go out with a bang these last several issues. The creative team finally gets to feature the biggest villain in the Daredevil rogues gallery. Matt Murdock, and Wilson Fisk. Daredevil, and Kingpin. Waid, and Samnee. Here we go!

E IS FOR EXTINCTION #1
Written by Chris Burnham
Art by Ramon Villalobos
Published by Marvel Comics – $4.99

• What happens when mutants prove they really are Homo SUPERIOR?
•  What will happen to the X-Men when they fight for a world that wants to be them, rather than hate and fears them?
•  And what exactly is Magneto doing running the Xavier institute??

Why It’s Hot: This is as personal of a pick as I can make. One of my all time favorite comic book runs is Grant Morrison’s New X-Men. In fact it may just be my favorite run of all time. I may be a bit biased, but I am looking forward to heading back to this era of X-Men, and seeing characters like Beak again. Chris Burnham may be primarily an artist, but he he knows Morrison, having worked with him on titles such as Batman Incorporated, and Nameless. He has also been quoted as having Morrison’s blessing to do this title. I’m hoping Burnham and Villalobos can capture some of that magic that made New X-Men so special. If they can, it’s going to be a fun ride.

• Gladiator STEVE ROGERS, his trusty steed DEVIL DINOSAUR and the mysterious DOC GREEN go deeper into one of the most dangerous domains of BATTLEWORLD, the HULK infested territory known as GREENLAND!
•  WILD HULKS in the jungle! GIANT HULKS in lakes of fire!
•  But is the journey the most perilous part of this hellish mission or is it one of the travelers?

Why It’s Hot: The first issue of Planet Hulk was the sleeper hit of the first month of Secret Wars tie-ins. It was one of the best single issues I’ve read in months, and was the epitome of what this event is all about. It may just be the best issue Sam Humpries has written at Marvel, and Marc Laming could be a breakout superstar in the making. Gladiator Steve Rogers, and his sidekick Devil Dinosaur venture into Greenland, the land of the Hulks, to save Bucky Barnes, and take out a whole lot of big, angry green people while they are at it. If the debut was any indication, this is the one Secret Wars tie-in every Marvel fan should be reading.