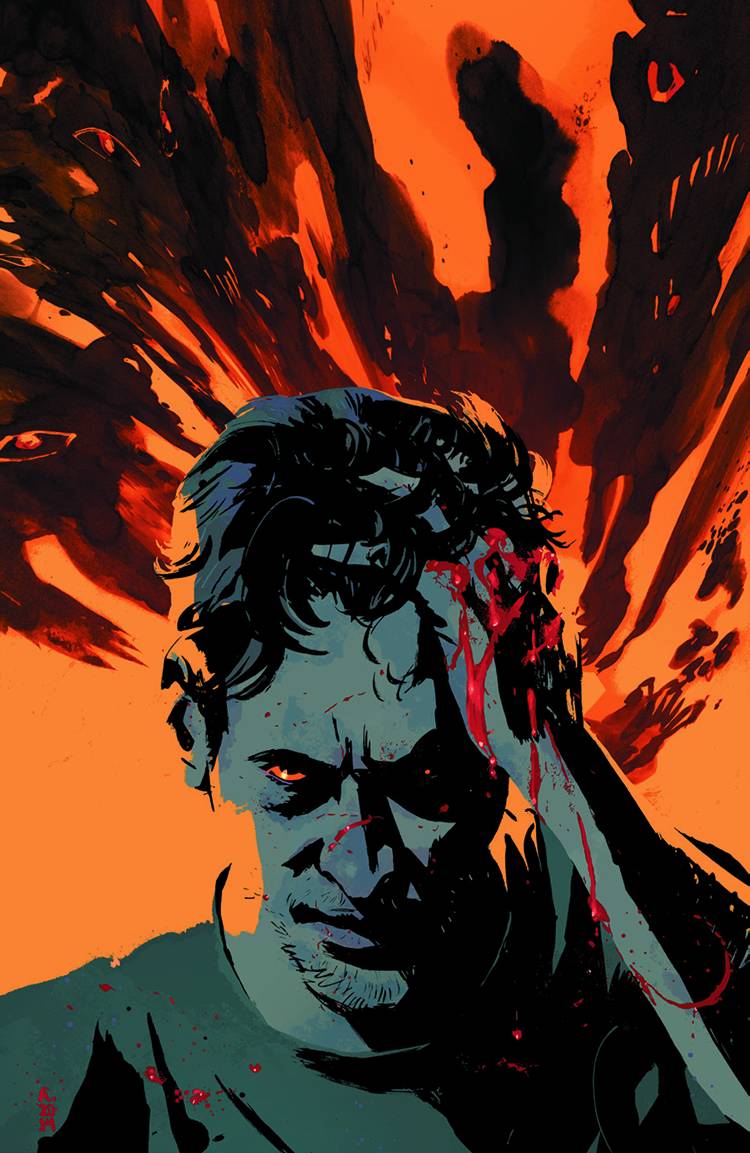 Hunted through the streets of Las Vegas, Marcus is about to learn a valuable lesson: sometimes the only way to wash away your past is with blood. Stylized violence featuring teenage assassins on acid! Don’t miss the climax of the first arc of the smash-hit series DEADLY CLASS by RICK REMENDER & WES CRAIG.

Why It’s Hot: One of the best new comics of 2014 reaches the bloody conclusion of its magnificent first arc. Who will live? Who will die? How will the stage be set for the book heading forward? All questions are answered as the Vegas trip from hell comes to a brutal end in Deadly Class #6.

Why It’s Hot: Spearheaded by two of the biggest writers in comics today, it’s Hulk vs. Iron Man as the secrets revealed in Original Sin lead these two heroes on a collision course! What role did Tony Stark have in the creation of the Hulk? Find out in this story that’s so big that it takes the place of the ongoing Hulk & Iron Man series to tell it! 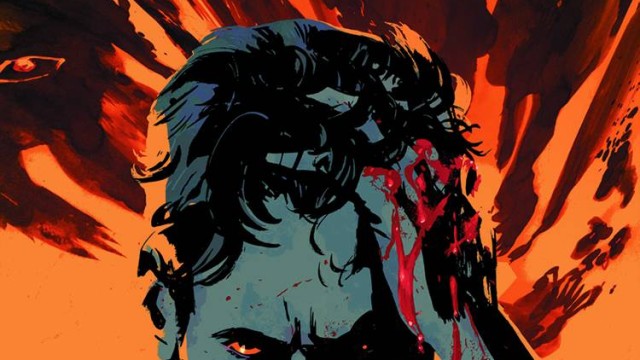 NEW HORROR SERIES FROM THE WALKING DEAD CREATOR ROBERT KIRKMAN! Kyle Barnes has been plagued by demonic possession all his life and now he needs answers. Unfortunately, what he uncovers along the way could bring about the end of life on Earth as we know it. It begins here — with this terrifying DOUBLE-SIZED FIRST ISSUE featuring forty- four pages of story with no ads for the regular price of just $2.99!

Why It’s Hot: Robert Kirkman, creator of the the biggest horror comic of all time The Walking Dead debuts his brand new entry into the genre this week. If Outcast can have a fraction of the impact on pop culture as TWD has, this book will be one you’ll be glad you grabbed this week! 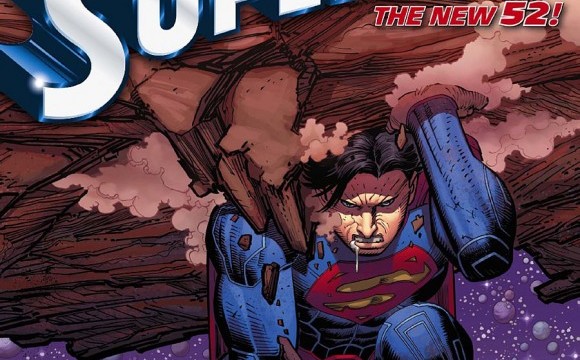 “THE MAN OF TOMORROW” chapter 1! A NEW ERA for SUPERMAN begins as Geoff Johns takes the reigns – and he’s joined by the legendary super-talent of John Romita, Jr. in his first-ever work for DC Comics as they introduce Ulysses, the Man of Tomorrow, into the Man of Steel’s life. This strange visitor shares many of Kal-El’s experiences, including having been rocketed from a world with no future. Prepare yourself for a run full of new heroes, new villains and new mysteries! Plus, Perry White offers Clark a chance to return to The Daily Planet!

Why It’s Hot: The Superman titles have been one of DC’s strongest line of books in recent months. With talent such as Greg Pak, Aaron Kuder, Charles Soule, and Tony Daniel it’s hard to imagine the adventures of The Man Of Steel getting any better, but they are about to. Geoff Johns, one of this generation’s greatest writers, returns to a solo Superman book for the first time since his amazing Action Comics run several years ago, and he is bringing along a new friend for the ride! Legendary artist John Romita Jr. is making his DC Comics debut after over three decades in the industry, and he looks to be on his A-game. Geoff Johns and JRJr together on the world’s first superhero is a must read.

• This is it! The conclusion to an epic two years in the making and rest assured nothing will ever be the same again!
• The final battle will not be with the enemy–it will be with ourselves.
• In our darkest hour The Avengers Unity Squad unite entirely and the fate of the seven futures decided!

Why It’s Hot: With news of Axis hitting the internet these past few weeks, we now know that the next big Marvel event will be spinning out of Uncanny Avengers, one of Marvel’s best books each and every month. Find out what all the fuss is about, and start getting caught up as Avenge The Earth ends and The March to Axis begins!