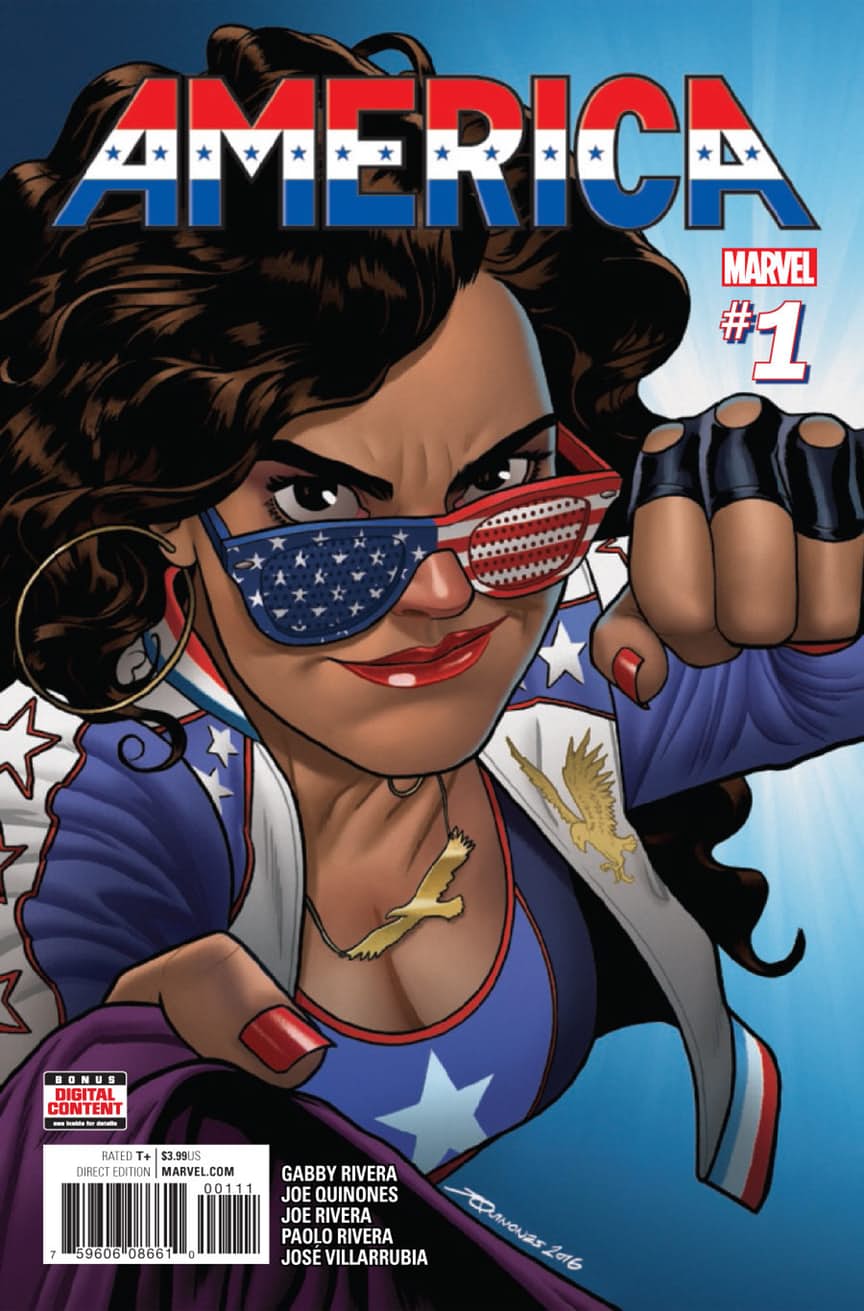 At last! Everyone’s favorite no-nonsense powerhouse, America Chavez, gets her own series!

Written by critically-acclaimed YA novelist Gabby Rivera (Juliet Takes A Breath) and drawn by all-star artist Joe Quinones (HOWARD THE DUCK), Marvel Comics’ brand new AMERICA series shines a solo spotlight on the high-octane and hard-hitting adventures of the one and only America Chavez!

America has always been uncontestably awesome, and as the newly appointed leader of the Ultimates, she’s now officially claimed her place as the preeminent butt-kicker of the Marvel Universe! But while leading a team of heroes and punching out big bads is great and all, it doesn’t really leave much time for self-discovery… So what’s a super-powered teenager do when she’s looking for a little fulfillment? She goes to college!

She just has to stop an interdimensional monster or two first, plus shut down a pesky alien cult that’s begun worshipping her exploits!

Why It’s Hot: I don’t think I need to tell you how important it is that a queer female latinx character named America is getting her own ongoing series by a latinx creative team that includes a queer female writer. Look beyond the important representation factors, and you have a hyped YA writer making her comic debut alongside an amazing artist on a long overdue series for an amazing character. I cannot wait to have America on the top of my to read pile. 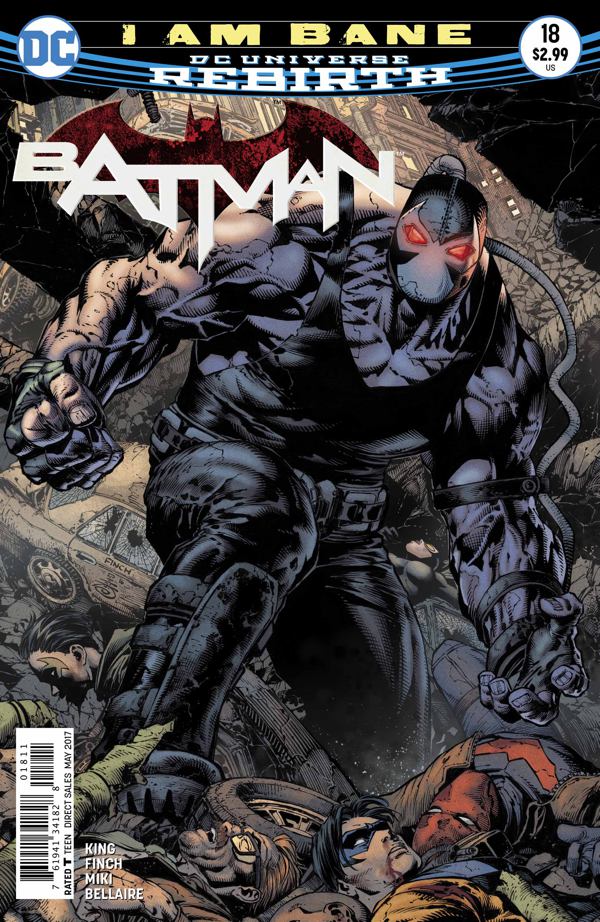 “I AM BANE” part three! Bane broke the bat before, but it wasn’t enough-now he’s going to break everyone else! Bane is coming, and no one is safe!

Why It’s Hot: Another week, another Hot Five entry for Tom King and company’s Batman. This time around King and artist David Finch are in the middle of telling, arguably, the best Bane story ever. Not bad for a writer who just wrote the best Catwoman/Batman story. From Snyder to King, we are in the middle of the best stretch of Batman ever. So, as long as the creative team keeps it up you’ll continue  seeing them on the Hot Five. 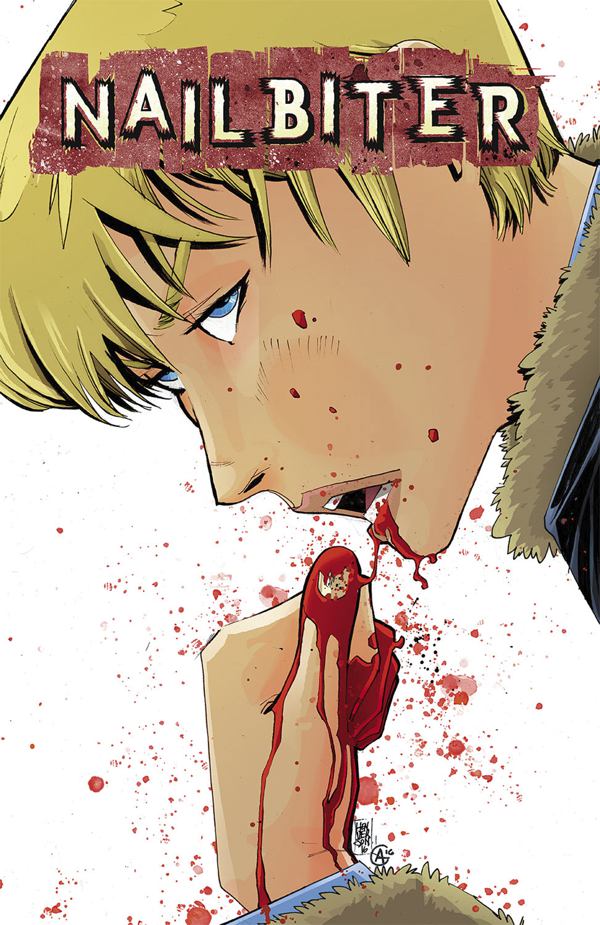 EXTRA-SIZED SERIES FINALE! Sixteen of the world’s serial killers were born and raised in the same small town… And now the horrible truth of why is finally revealed.

Why It’s Hot: This week sees one of comic’s best horror series come to an end. The entire creative team has poured their heart and soul into this comic for 29 issues, and now fans are prepared to see the team stick the landing with issue #30. Years from now we just might look at Nailbiter as an important series, as it helped elevate the status of Joshua Williamson, and showed the world just how good Mike Henderson is. 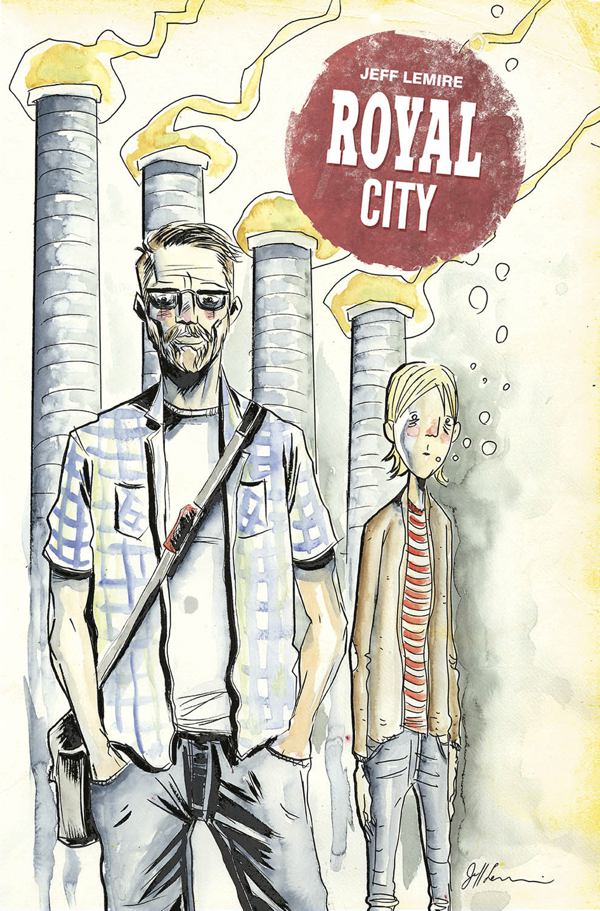 DOUBLE-SIZED DEBUT ISSUE! NEW ONGOING SERIES written and illustrated by JEFF LEMIRE (DESCENDER, A.D., Sweet Tooth). ROYAL CITY charts the lives, loves, and losses of a troubled family and a vanishing town across three decades. Patrick Pike, a fading literary star who reluctantly returns to the once-thriving factory town where he grew up, is quickly drawn back into the dramas of his two adult siblings, his overbearing mother, and his brow-beaten father, all of whom are still haunted by different versions of his youngest brother, Tommy, who drowned decades ago. ROYAL CITY is a return to the literary and thematic territory of LEMIRE’s breakthrough graphic novel Essex County and is his most ambitious, and most personal, project to date.

Why It’s Hot: A new series written and drawn by Jeff Lemire is as close to a must buy as there is in comics. A new series from Lemire with a double sized first issue is even better. I have a feeling that this is going to be special. 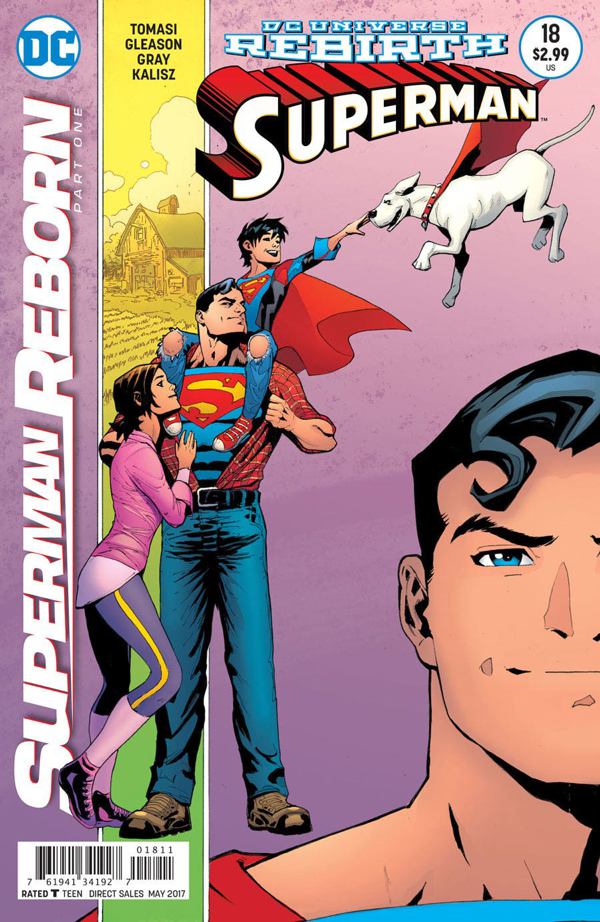 “SUPERMAN REBORN” part one! In DC UNIVERSE: REBIRTH #1, the enigmatic Mr. Oz told this Superman, “You and your family are not what you believe you are. And neither was the fallen Superman.” Now, in the first Rebirth crossover between SUPERMAN and ACTION COMICS, the shocking truth behind Oz’s words is revealed. It begins with one of Oz’s prisoners escaping, and ends in a tragic moment for Lois and Superman. The covers by Patrick Gleason and Mick Gray and the variant covers by Gary Frank for SUPERMAN #18-19 and ACTION COMICS #975-976 will connect to form a single vertical image.

Why It’s Hot: Superman Reborn begins here! The first Rebirth era crossover between Superman and Action Comics looks poised to answer many of the questions that have been building up in the Superman titles over the past 8+ months. Add in the fact that Superman is regularly one of the very best comics being published, and you have a HOT comic!

ALSO AVAILABLE THIS WEEK: Bullseye #2, The Clone Conspiracy Omega, James Bond #1, The Once And Future Queen #1,  Riverdale One Shot