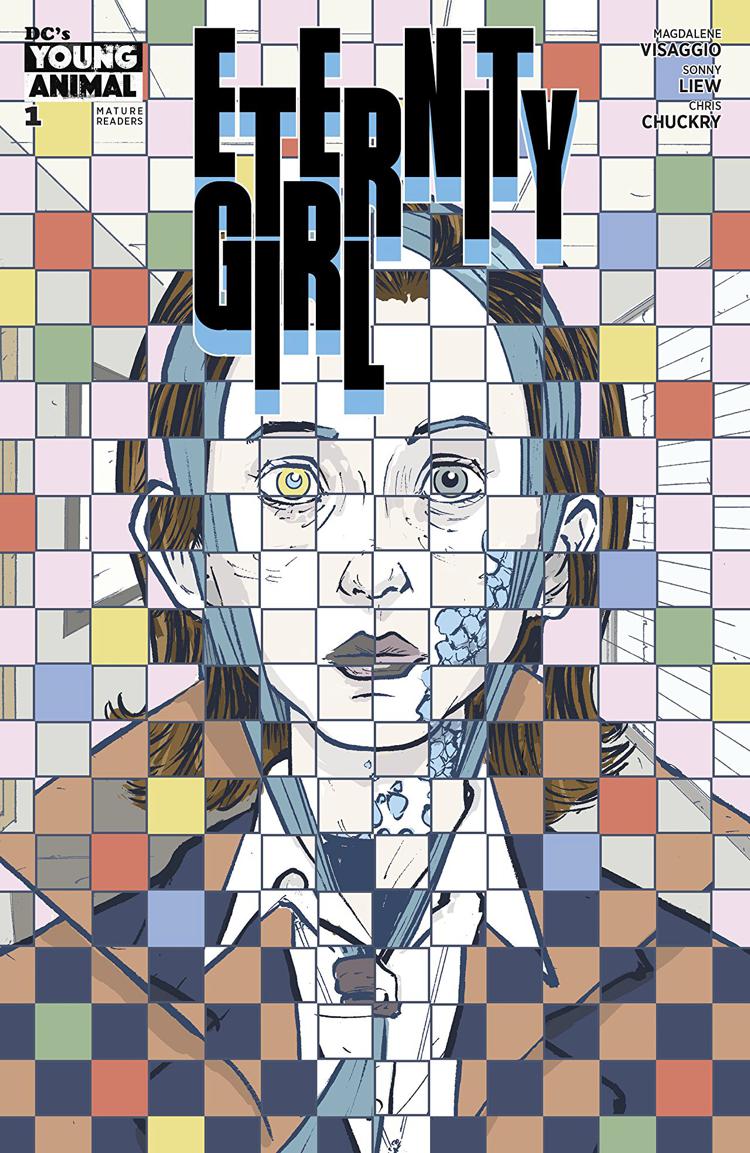 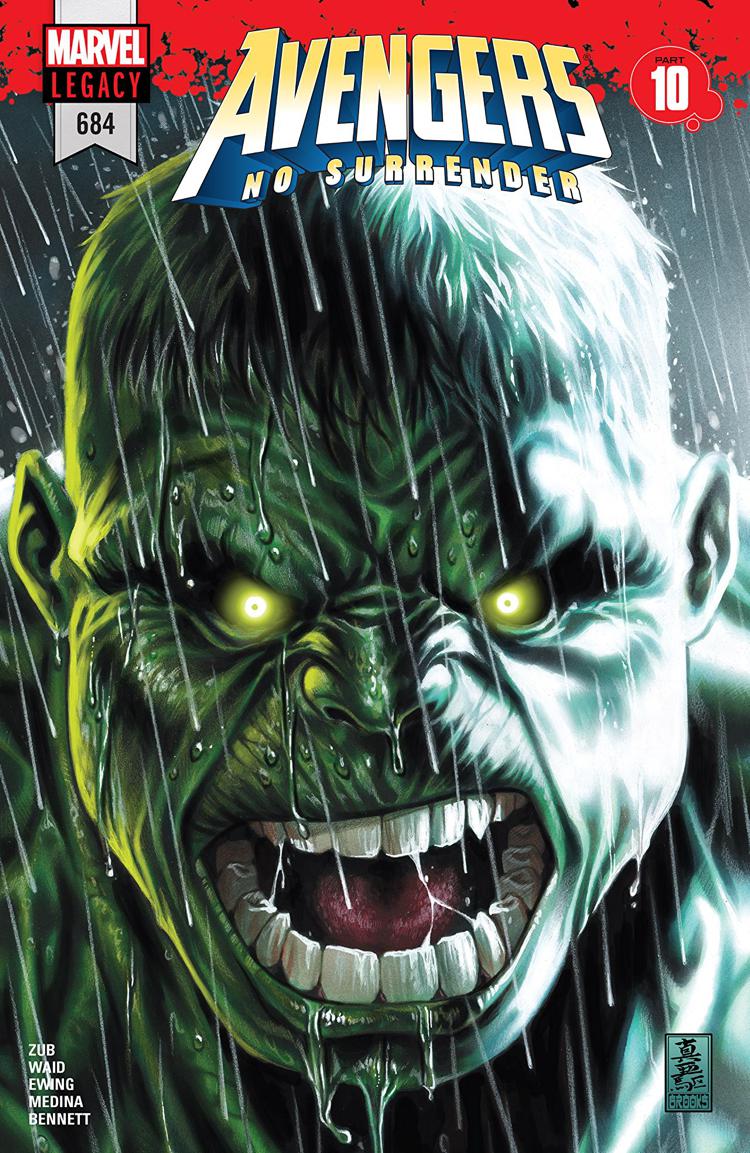 THE AVENGERS WEEKLY EPIC CONTINUES IN THIS OVERSIZED ISSUE!

Back from the dead! He cannot be reasoned with. He will not be stopped. Bruce Banner isn’t home right now. There is only THE IMMORTAL HULK.

Why It’s Hot: As No Surrender begins getting ready for a sprint towards the finish line this issue looks to pack a punch in more ways than one. Bruce Banner is back, and just who is this strange Voyager character? It’s time for some answers as THE Avengers story of the winter continues in this oversized extravaganza! One last thing, if you’re looking forward to Immortal Hulk this is a must read issue! 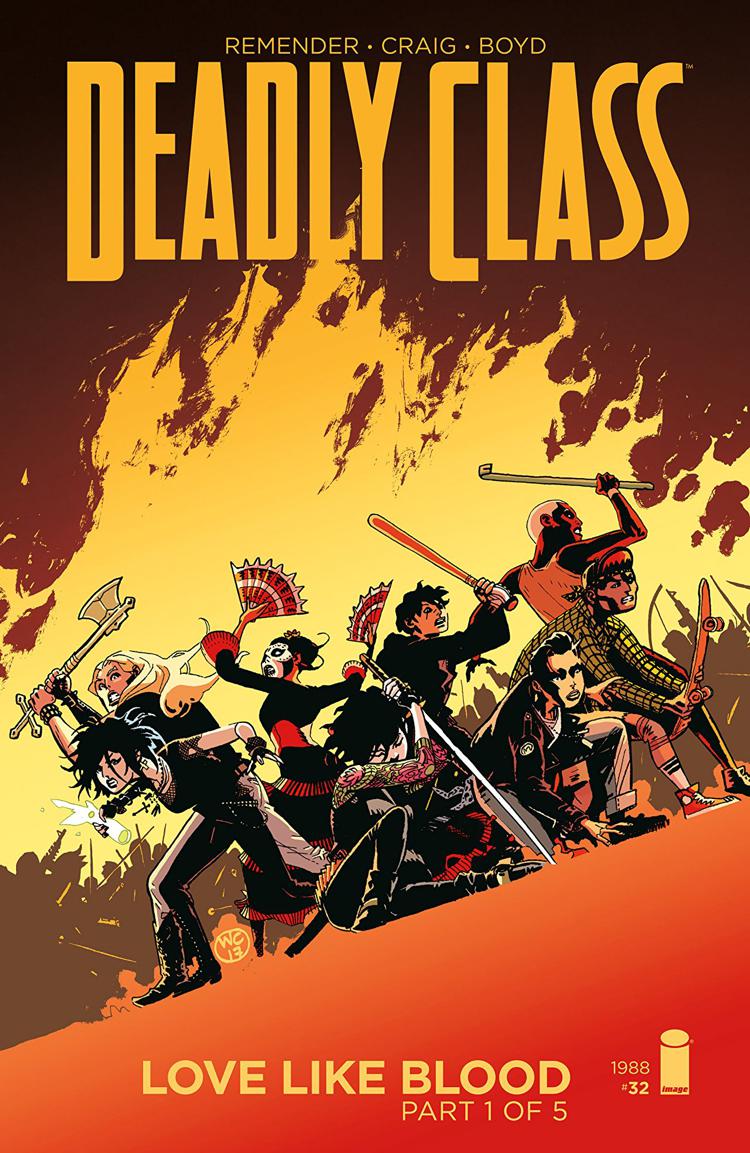 Marcus and Maria thought they had left the nightmares of Kings Dominion behind, but now they’re in deeper than ever. The new freshmen have tracked them down, Victor and his kill crew in toe, and Saya’s ruthless Yakuza family has their sights set on them all. It’s a good ol’ fashioned Mexican standoff. Time to see who was paying attention in class.

Why It’s Hot: Deadly Class is back for a new story arc, and a mission to remind readers that it’s still one of the best comics being published today. Fans of this series love it dearly, and If you want to find out why this is the perfect opportunity to do so before the TV series takes over the airwaves.

Caroline Sharp has been a lot of things, including both a superhero and a super-spy. But now, with those days behind her and her powers proving unreliable, Caroline finds herself stuck in a life weighed down by her depression and an inability to change. You see, Caroline is going to live forever, and there is no escape to be had. The very act of living reminds her that, to the rest of existence, she is an anomaly. All of that could change, however, when her old foe, Madame Atom, comes to her with an intriguing offer. Madame Atom can give Caroline the power to end her life; she just has to destroy the rest of the world.
This brand-new DC’s Young Animal miniseries spins out of the Milk Wars event, written by GLAAD Media Award-nominated writer Magdalene Visaggio (Kim and Kim) and illustrated by Eisner-winning artist Sonny Liew (The Art of Charlie Chan Hock Chye).

Why It’s Hot: After a series of backups in the phenomenal Milk Wars event it’s time for Eternity Girl to strike out on her own. With the level of quality Young Animal has put out in its brief history as an imprint it’s hard not to get excited about a new series. If you want to get even more excited you can check out our review HERE. 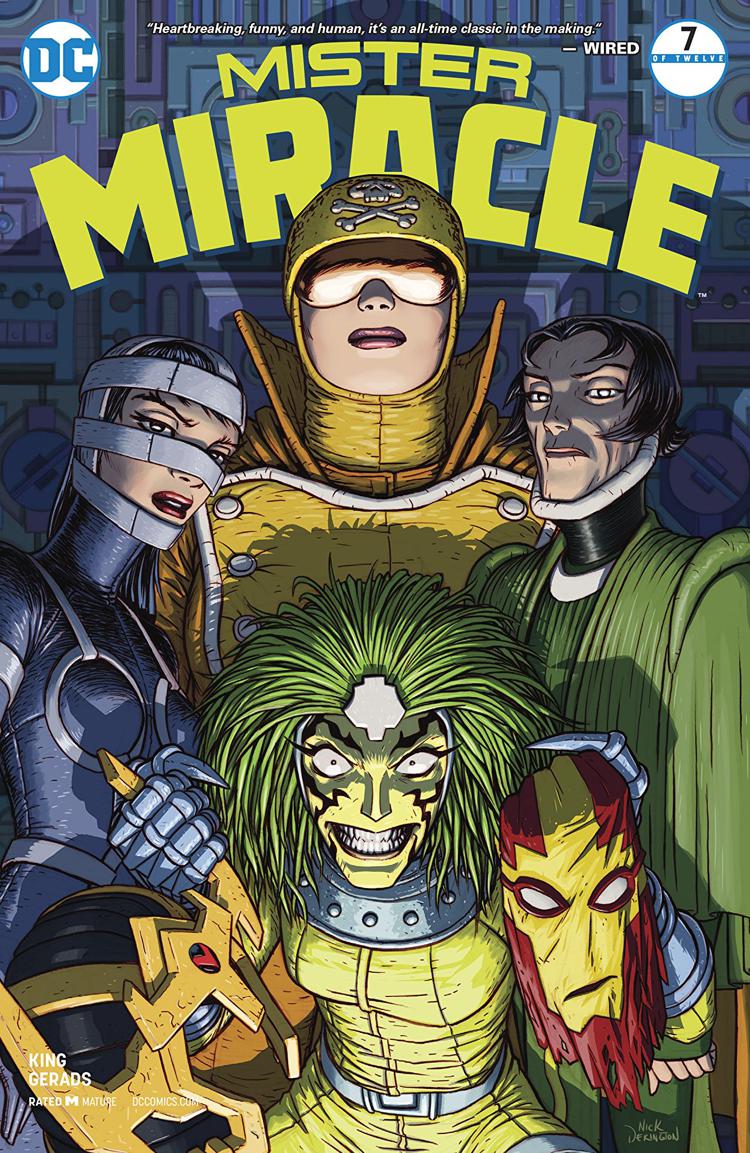 Mister Miracle and Big Barda are in a panic. The war with Apokolips isn’t going well. And it’s Barda’s turn to have her past come crashing back into her present as the Female Furies appear on the scene with blood on their minds. Continuing the acclaimed miniseries that Entertainment Weekly called “by far the best comic on the stands right now.”

Why It’s Hot: Ohhhhhhh baby if this isn’t the best comic book currently being published today then I the sky isn’t blue, water isn’t wet, and the Earth isn’t round. The best part just might be that Tom King and Mitch Gerads find a way to make each issue better than the last. This is superhero comics at their finest, and I really can’t stress that enough. Don’t believe me? Just look at the quote from EW in the solicitation above. if you aren’t reading this comic then you really should be, because this is one of the best issues in a series that will be talked about for years to come. 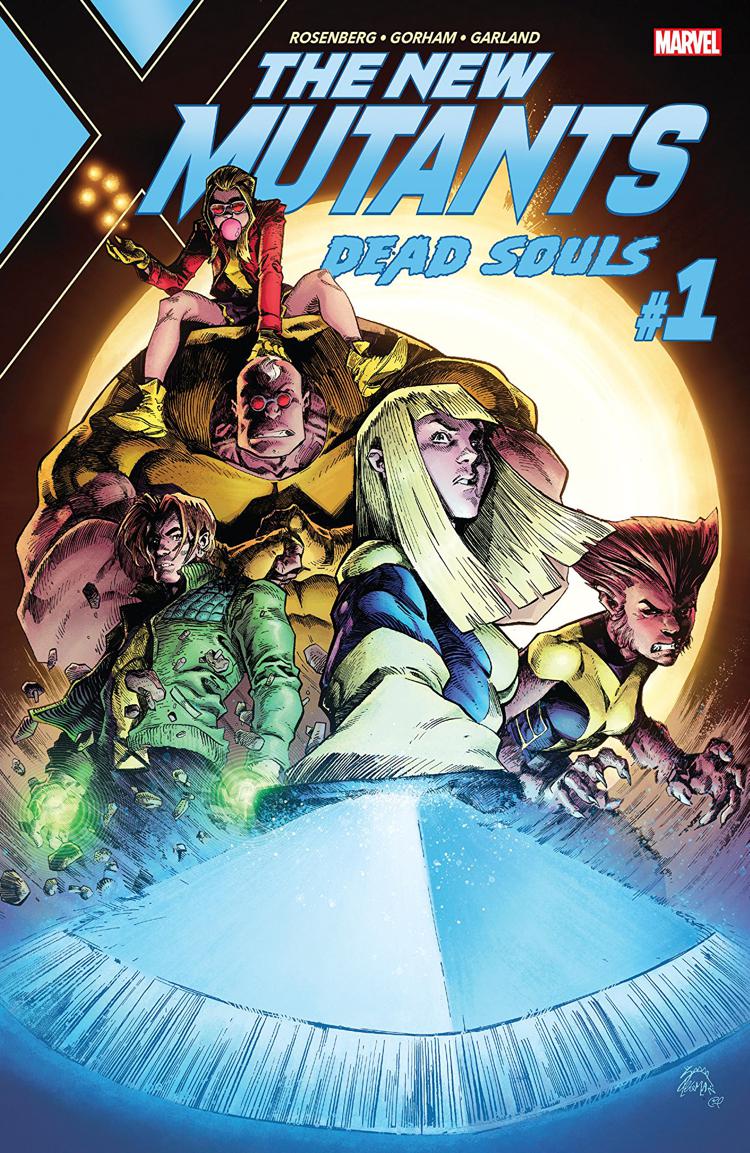 THEY AREN’T JUST THE X-MEN IN TRAINING ANYMORE!

The New Mutants are launching themselves headfirst into some of the creepiest corners of the Marvel Universe, going on the missions no one else will. But does the team know what they are really hunting for? And what are they willing to do to get it? The enigmatic MAGIK will lead her team of WOLFSBANE, RICTOR, BOOM-BOOM and STRONG GUY and bring them face-to-face with paranormal threats that they may not be prepared for, and that might just tear them apart! Rising-star writer Matthew Rosenberg (PHOENIX RESURRECTION) teams up with future superstars Adam Gorham and Michael Garland (ROCKET) to bring you the next chapter in the lives of Marvel’s underdog team. Welcome to the new class of New Mutants – hope you make it out alive.

Why It’s Hot: The New Mutants are back, and Matthew Rosenberg is writing them. There you go. That’s all that needs to be said as to why this comic is HOT. To dive a bit deeper I’ll say that the X-titles are in the midst of a mini renaissance and fresh faces like Rosenberg are a big reason why. You have creators who grew up reading the glory days of these characters coming back to show off their love as creators. This especially feels like the case with the return of the New Mutants. You have characters that go so well together, and a story that would fit right in with their older adventures. It’s an X-citing time to be a fan of the X-Men in all their forms. 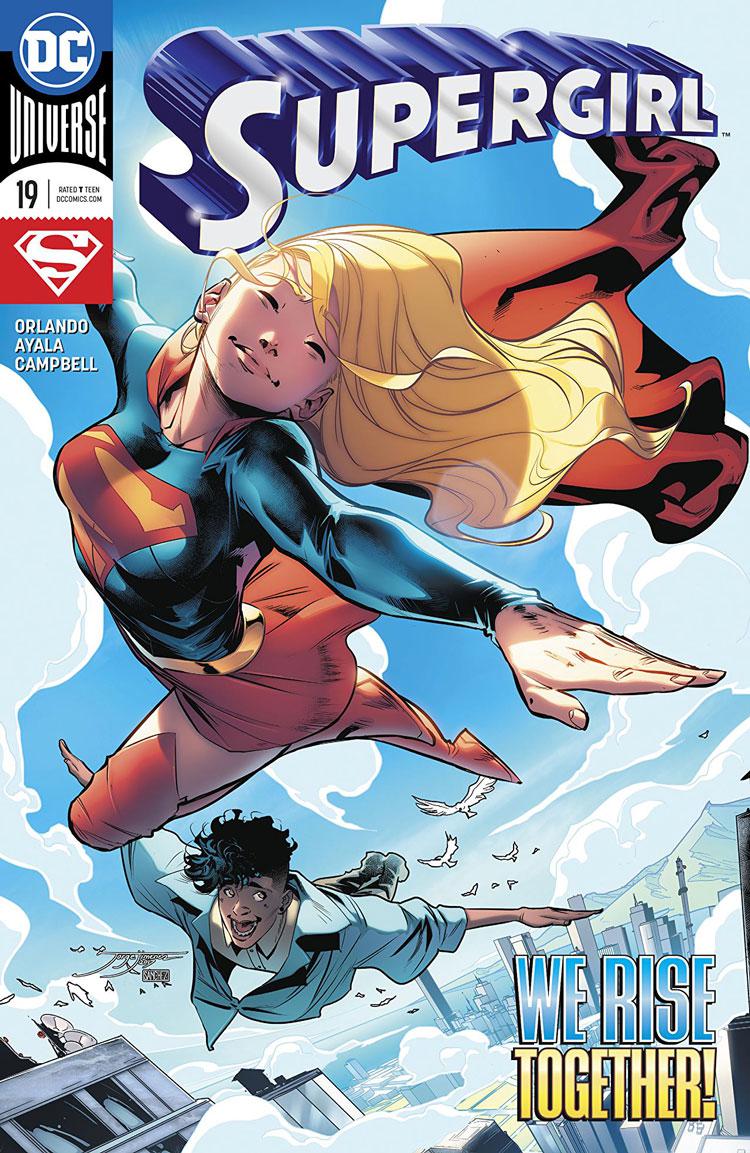