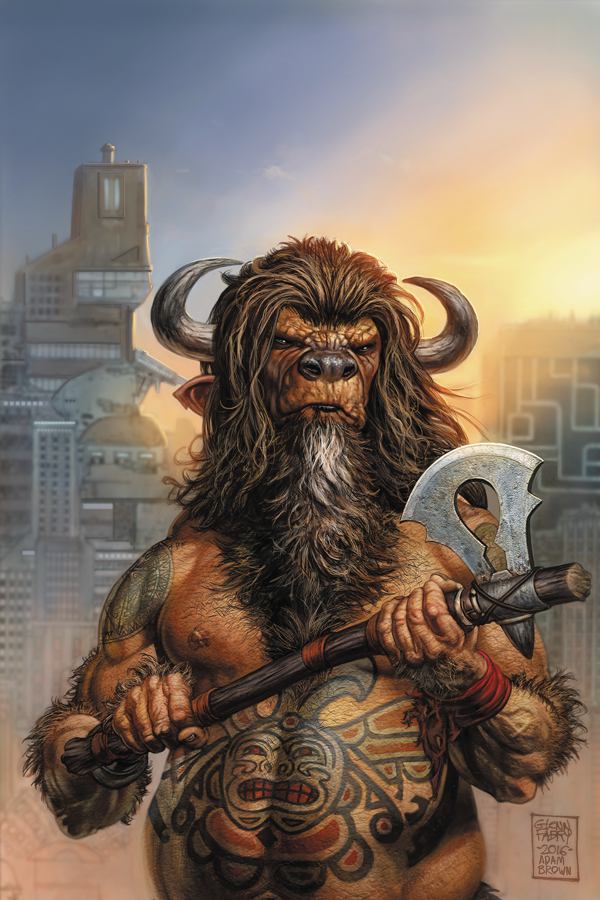 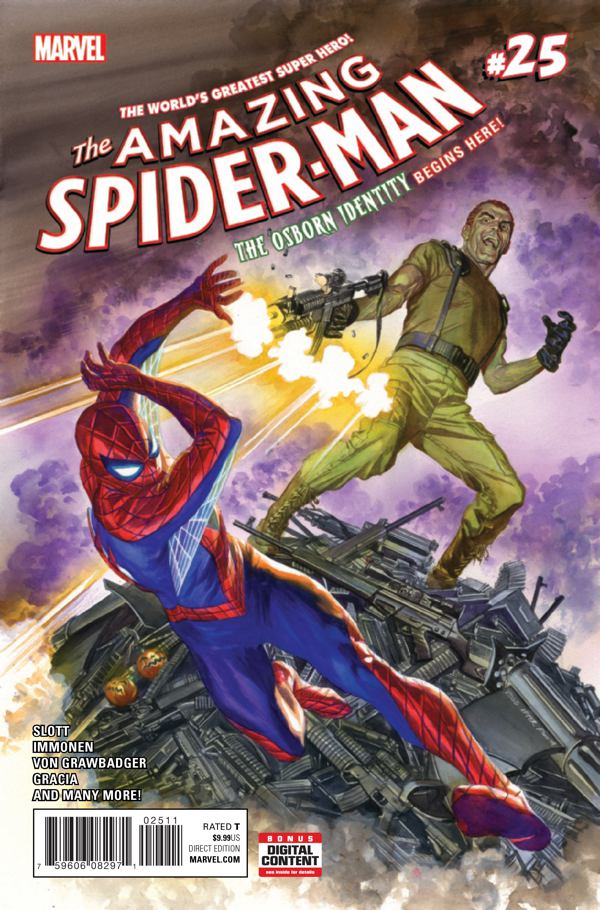 •  Then don’t miss a super-secret short story by Dan and Giuseppe Camuncoli!

•  Cale Atkinson brings another story of the A-May-ZING SPIDER-AUNT!

Why It’s Hot: Yes, the book is ten dollars, but Marvel is making sure you get the most bang for your buck this issue. In the lead story you have STUART IMMONEN joining the series for a forty page story featuring the first part of “The Osborn Identity.” That’s right, Norman Osborn is back, and that probably means the Green Goblin isn’t far behind. Then the backup stories appear to be no slouch either, as they include a Slott/Camuncoli story, and Hannah Blumenreich making her Marvel debut. This one is poised to make that ten dollar bill burn a hole in your pocket!

NEIL GAIMAN! P. CRAIG RUSSELL! SCOTT HAMPTON! Shadow Moon just got out of jail, only to discover his wife is dead. Defeated, broke, and uncertain as to where to go from here, he meets the mysterious Mr. Wednesday, who employs him to serve as his bodyguard – thrusting Shadow into a deadly world of the supernatural, where ghosts of the past come back from the dead, and a brewing war between old and new gods hits a boiling point. The Hugo, Bram Stoker, Locus, World Fantasy, and Nebula award-winning novel and upcoming Starz television series by Neil Gaiman is adapted as a comic series for the first time!

Why It’s Hot: Let’s forget for a moment that American Gods is about to take the television world by storm next month, and focus on the fact that Neil Gaiman is teaming up with P. Craig Russell to bring one of the author’s best works to the comic page for the first time. That right there is exciting enough to make this a must read comic this week. 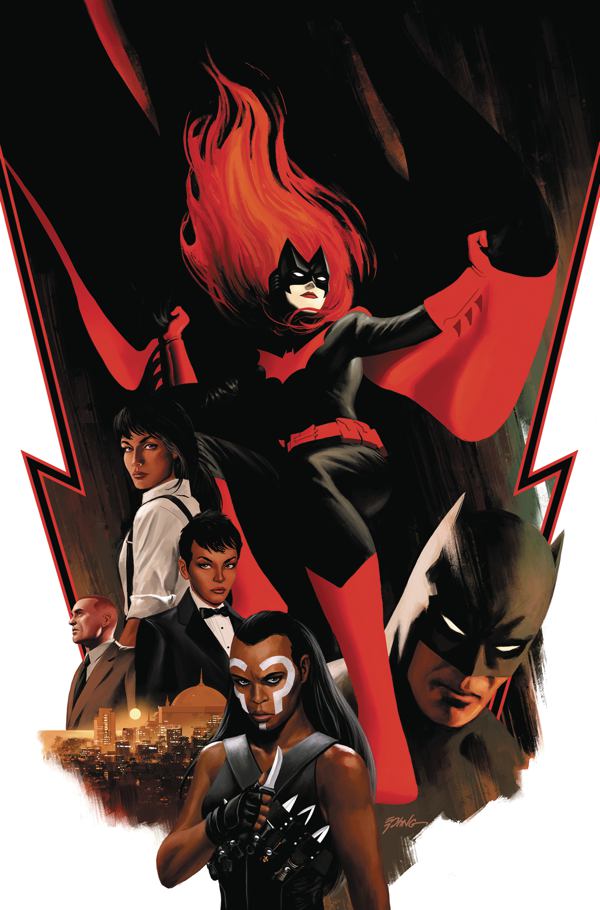 “The Many Arms Of Death” part one! At last – Batwoman is back in her own ongoing series! On the island nation of Coryana, anything goes for members of the criminal underworld… and during her lost years after being drummed out of the military, Kate Kane found a kind of refuge there. But now, a deadly new bioweapon is available in the markets of Coryana, and Batwoman will have to face up to the things she did in those days… and the people she left behind, some of whom would be happier to see her dead than alive! Writer Marguerite Bennett (DC BOMBSHELLS) is joined by James Tynion IV (DETECTIVE COMICS) and superstar artist Steve Epting (Captain America, Velvet) to present an epic Batwoman story that will alter the course of her life forever! This one’s unmissable!

Why It’s Hot: After an arc in Detective Comics, and a Rebirth one-shot the time has come for the first issue of Kate Kane’s new ongoing series! Two of the brightest young talents in comics are joined by the great Steve Epting to fill a void that has existed since the last volume of Batwoman ended. 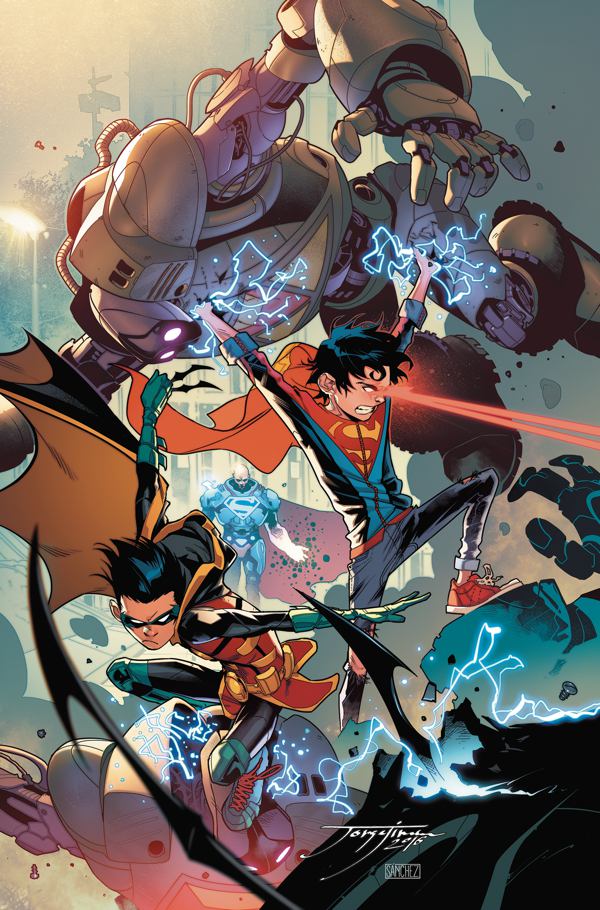 “When I Grow Up” part two! Robin and Superboy – in the clutches of Lex Luthor! The boys are in big trouble! How exactly are they supposed to explain what’s happened to Superman and Batman? Plus, Kid Amazo’s power grows, and this tyrant in the making is about to make life miserable for the Super Sons!

Why It’s Hot: Whether it was in the pages of Batman & Robin, or the current run of Superman, it’s clear that nobody writes Damien Wayne or Jon Kent quite like Peter Tomasi. The winning streak that the writer has found himself on while using these characters has continued with Super Sons. Tomasi and the rest of the creative team know how these characters work, and how to play them off one another. If they keep this up DC might just have themselves a new “World’s Finest.” 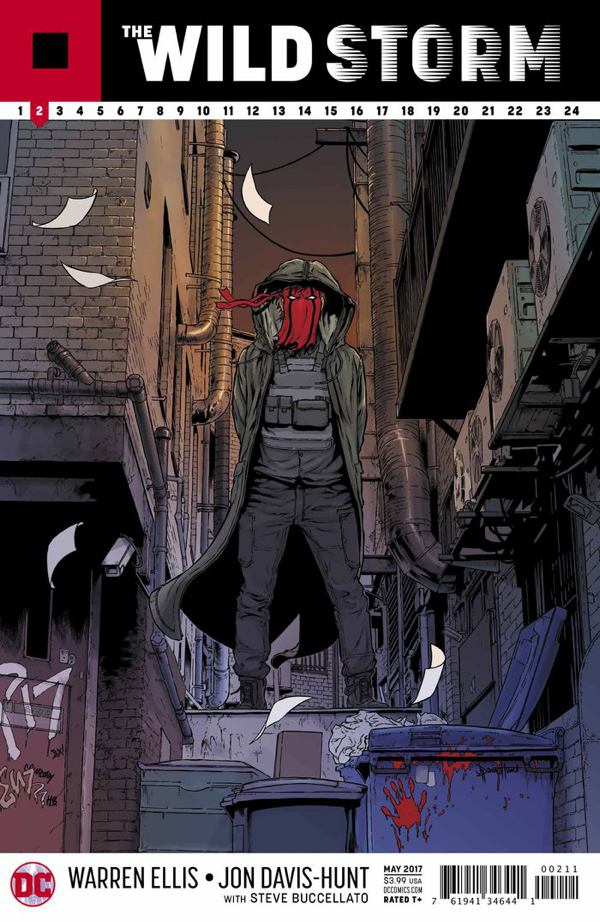 All Angela Spica did was save someone’s life. And now hers is over. The rogue engineer lies bleeding in a place she hopes nobody will find – but she’s wrong. The people embedded in the secret power structures of the world are tracking her. Skywatch. Halo. International Operations. A covert operative called Grifter. If only she hadn’t unknowingly foiled an assassination planned by her boss. If only her boss wasn’t the one person more interested in the Engineer’s transhuman implants than in her life. It’s all going very wrong, very quickly. There’s going to be more blood.

Why It’s Hot: The first issue of Ellis and Davis-Hunt’s reinvention of The Wildstorm Universe was everything one hoped it would be. There was something for everyone, whether you were a seasoned pro, or reading your first issue with all of these characters. This is going to be quite the series to watch unfold over the next few years.