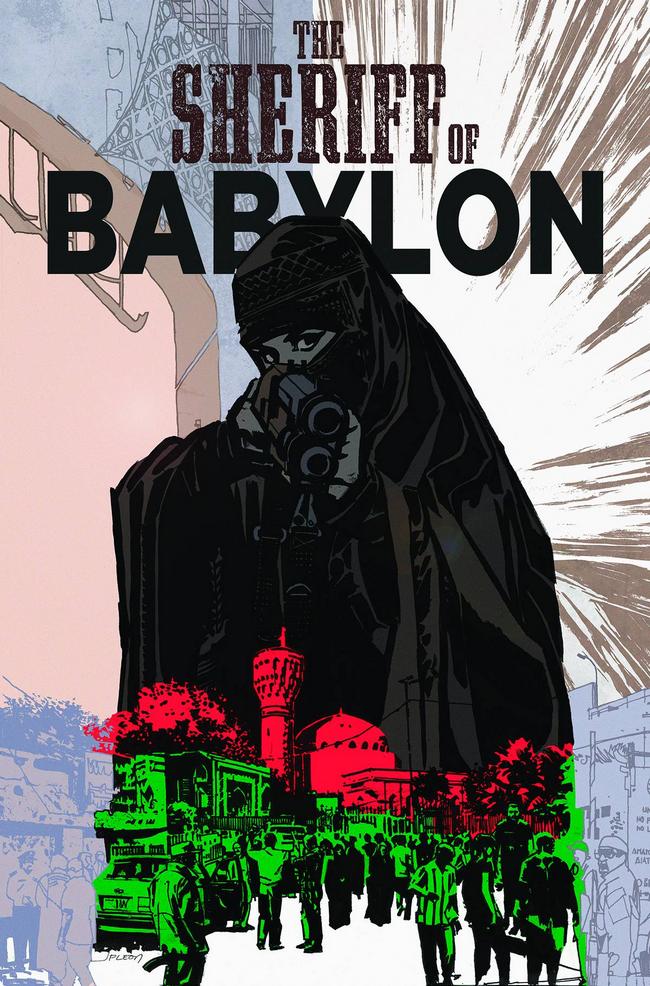 Pleasant Hill looks like the perfect small-town community — but underneath the surface, a deadly secret lurks. One so explosive it will draw estranged allies Steve Rogers and Sam Wilson back together to save a friend in danger and put things right. But when the combined might of the Captain Americas isn’t enough, whom do they call? In the face of unspeakable evil, it’s time for the Avengers to Assemble like never before! The blockbuster spring AVENGERS event starts right here!

Why It’s Hot: Last week the prologue to Standoff hit the stands, and surprised almost everyone that read it with how good it was. Readers were welcomed to Pleasant Hill, and although the concept shares a bit from throughout the pop culture world, it doesn’t make the concept any less fascinating. Add in an awesome twist ending that we already know will have consequences for Marvel mand the stage was set nicely. With the concept introduced, the Avengers line-wide event kicks off in earnest this week. Nick Spencer has been on fire with his Captain America book, and given this is what he has been building to with a lot of that series, I expect the hot streak to continue. Jesus Saiz is on art here, and this will be the first time readers can see the talented artist work with Spencer before they bring Steve Rogers back as Cap in his own ongoing series.

S.H.I.E.L.D.’S MOST WANTED!
The Eisner Award-winning team of Mark Waid and Chris Samnee are taking Black Widow on the lam! Natasha has spent years gathering secrets, and when some of the darkest ones begin mysteriously going public, no one is safe. With her betrayed former confederates at S.H.I.E.L.D. on her heels and a lifetime of training and ingenuity at her disposal, Natasha’s out for answers in a knock-down-drag-out tale of action and espionage! Hidden enemies, old friends and unusual allies collide, and all eyes are on Black Widow. The chase is on!

Why It’s Hot: Why is it hot you ask? Waid, Samnee, Wilson, and Caramanga is the answer. Whatever title this creative team chose to follow up Daredevil was going to great one of the best all around creative teams in recent history. Their run on the afformentioned Daredevil was something special, and proved that there is more to Matt Murdock than darkness. I think I speak for most of the comic book community when I say that I can’t wait to see what they have in store for Natasha. 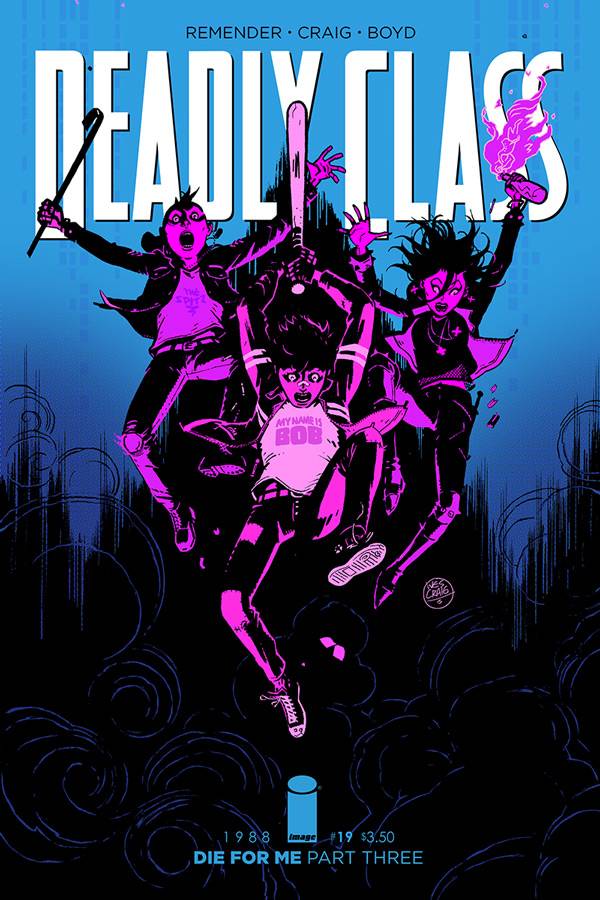 “Die for Me” Part 3
Hunted and desperate, Marcus and the rats make a final stand in the streets of San Francisco.

Why It’s Hot: One of the two best comic books being published right now (in my humble opinion) is in the middle of its craziest, most violent, emotionally draining story arc yet. Remender, Craig, and company are creators at the top of their game, telling the story they want to tell, pulling no punches, and leaving readers reeling. If it’s successful, entertainment in any form is supposed to make you feel something. No other comic book brings out the raw emotions quite like Deadly Class.

What’s to Love: Dive headfirst into an original, modern ongoing series that will appeal to both nostalgic fans and new readers who enjoy epic, action-adventure fantasy stories.

What It Is: This is Green Ranger Year One! The Green Ranger’s addition to the team has brought new instability and uncertainty to the Rangers. With remnants of Rita Repulsa’s control still stirring in the back of Tommy’s mind, he must confront the fact he may be more of a danger to his new team than a help. As Rita plays the heroes against each other, her ultimate plan begins to take form, and vengeance for the Green Ranger’s betrayal will be unleashed on Angel Grove. Also featuring a Bulk & Skull short story by Steve Orlando (Midnighter) and artist Corin Howell that puts the pair on the ultimate mission to impress Kimberly and Trini!

Why It’s Hot: “AHH AFTER TEN THOUSAND YEARS I’M FREE. IT’S TIME TO CONQUER EARTH!” With that line from Rita Repulsa, one some of us would hear hundreds of times as kids, a mega franchise was born. Almost twenty three years, over twenty iterations, two movies, an upcoming movie, countless number of merchandise, its own convention, and millions of fans around the world, the franchise based off the Japanese Super Sentai series is still going strong. As 90s nostalgia has started to kick in really hard, BOOM! Studios is taking it back all the way to the beginning with a series based off the original Mighty Morphin Power Rangers. Set just after the five part “Green With Evil” that introduced the world to Tommy Oliver, this series is a treat for fans. It’s not only good for a huge amount of nostalgia, but the series is really well done. With big sales numbers being reported, and a whole bunch of variant/retailer covers, it looks like the 90s are alive in comic book land.

The danger is mounting, but Chris is no closer to finding out who killed his trainee than he was when this whole mess started. After their enemies make attempts on the lives of Nassir and his wife, the Iraqi couple seeks asylum in Chris’s barracks, leading to a gathering of all the principle players when Sofia arrives to tell Chris a shocking secret.

Why It’s Hot: My two favorite comic books, and a new Waid/Samnee/Wilson book, all out on the same week!? What a week for comics! Usually on weeks Deadly Class comes out it is my favorite comic, and on weeks The Sheriff Of Babylon comes out it is my favorite comic. Then on weeks where neither come out it’s whatever one I read last. I’ve been preaching on behalf of the former for over two years, and the latter since this past December. It took only three months for this military, political, noir mystery to skyrocket to the top of my favorite comics. Tom King, Mitch Gerads,  John Paul Leon (cover artist), Jamie Rich (editor), and everyone involved with The Sheriff Of Babylon  are creating a special comic book that embodies the spirit of what I’ve dubbed the “Vertigo Revolution.” Comics don’t get much better than this. Entertainment in general doesn’t get much better than this. Don’t make me say I told you so when this series is picked up by a premium cable TV channel, becomes a hit, and you wonder why you weren’t reading it. After the crazy turn of events last issue, which featured one of the coolest panel sequences I’ve seen in awhile, I’m champing at the bit to find out what happens next.